2450 people have viewed this lot

Having made their fortune as a supplier of engines and transmissions, first to Ransom Eli Olds then Henry Ford, John and Horace Dodge decided it was time to begin building automobiles independently in 1914 and the announcement of the new auto maker was greeted with enthusiasm by the press and public alike. Early Dodge automobiles earned a reputation for being mechanically robust and offering excellent value for money, being the first mass-produced American car with an all-steel body, along with an advanced 12-volt electrical system. Dodge's rapid expansion was curtailed somewhat by the premature deaths of both hard-living brothers in 1920 and the company changed hands twice in that decade, first to a New York bank before Walter P Chrysler ultimately took control in 1928. Under Chrysler's influence Dodge released a revised model range in the period 1929-1930, beginning with the new DA Series. Powered by a 208ci L-head six-cylinder engine developing 63 horsepower at 3000 rpm, the DA rode on a 112-inch wheelbase with styling that generally reflected the trends adopted by the parent company. The bowl-shaped headlamps were mounted on a bowed tie-bar, the bonnet was longer, and the wings crowned. Technical innovations included Lovejoy shock absorbers, North-East ignition, a petrol filter, and a new exhaust manifold that extended from the front of the engine. Buyers were offered a choice of body styles including a Roadster, Phaeton, Coupe (Business, Deluxe or Victoria), Brougham or Sedan, employing the all-steel ‘Monopiece’ construction technique. Dodge was positioned between Plymouth and Chrysler within the Chrysler Corporation and thanks to the DA, the company reversed the decline in sales to climb back to seventh in the American market during 1929, up from 13th the previous year. The DA was also sold in Australia and although it proved popular here, survivors are few and far between.

In the same family ownership for nearly 60 years, this lovely 1929 Dodge DA Sports Roadster is a gem. Finished in Emerald Green with black guards, its American-built all-steel Budd body includes a golf clubs compartment accessed by a side door, a dickie seat and is six wire wheel equipped – one spare is mounted on the rear and another on the left hand side. Restored in the mid-‘60s to original specification by the vendor’s father, it still presents in excellent condition throughout with its extensive chrome work, optional side horns and luggage rack, and grey folding soft top and side curtains. The black leather-trimmed interior sports tan carpets. Under the shapely bonnet is a 208ci six-cylinder Dodge side valve engine hooked up to a three-speed manual transmission, and the brakes are four-wheel hydraulic. Indicators have been added to assist the Dodge navigating modern traffic conditions, while six new tyres were recently fitted to the beige-painted wire wheels. Regularly serviced and maintained, this ’29 DA Sports Roadster has been used for club and family outings and has even participated in the famed Bay-to-Birdwood run in South Australia. The Dodge comes with a spare motor (will need to be picked up post sale from the vendor) and assorted parts such as diff centre and spare wheel, its original Owner’s Handbook, plus various receipts and period road maps, plus a photocopy of early Dodge information with a family connection to the owner. Ready now to just jump in and enjoy, this Sports Roadster is set to write a new chapter of enjoyment with its new owners. Previously on Victorian club registration, this 1929 Dodge DA Sports Roadster is being offered for sale here unregistered and with no reserve. 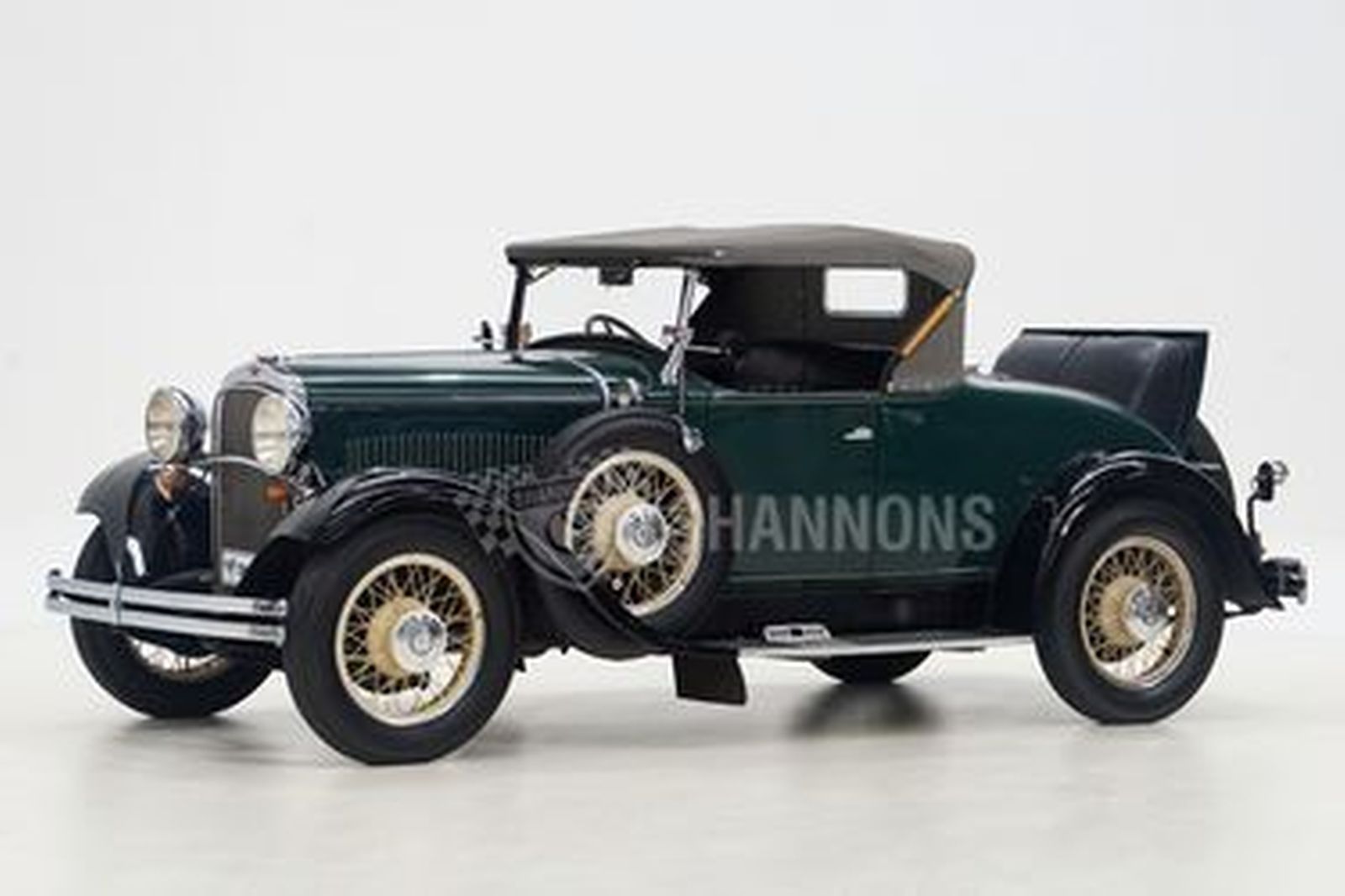