1155 people have viewed this lot

William Morris founded Morris Commercial Cars Ltd in 1924 following his takeover of the assets of E G Wrigley & Co. in Birmingham, formerly a supplier of axles and steering sets used in early Morris Oxfords. Located in Foundry Lane, the factory was converted to produce a range of commercial vehicles, beginning with the Type T one-ton truck in the early months of 1924. Most of these vehicles were powered by Morris’ own engines, including the 15.9 hp 2.5-litre side-valve unit developed specifically for the Z-type truck in 1926, which also found its way into the Oxford Empire, a larger car designed for countries like Australia and South Africa. The second Morris Commercial after the T was designated the Type L and featured the Hotchkiss-type 1548cc four-cylinder engine rated at 11.9 hp, a three-speed gearbox and magneto ignition. With a load capacity of 12 cwt, the L was built in both van and truck versions on a standard 9ft 6in wheelbase. Around this time Morris also introduced the bigger 30 cwt R Type lorry, which also used the 1548cc four-cylinder engine. The Morris Commercial Cars operation relocated to the former Wolseley factory at Adderley Park in Birmingham in 1932, with the first double-decker bus and famous C-type range of commercials both produced there. During the Second World War production focused almost entirely on military vehicles, including tanks and componentry for Rolls-Royce Merlin and Griffin engines. Post-war rationalisation saw Morris Motors merged with the Austin Motor Co. and the introduction of the famous and long-running J-type vans, but the BMC merger of 1968 saw the end of Morris Commercial Vehicles Ltd as a separate entity. Today interest in early commercial vehicles remains strong, with owners well catered for by a strong club scene around the world, including the dedicated Morris Commercial Club in the UK and the Historic Commercial Vehicle Club here in Australia.

These days it’s a highly visible promotional vehicle for a Mornington Peninsula (Victoria) winery but this 1929 Morris Model R 1 ton truck has an interesting back story. As early as can be traced back it enjoyed a working life in New South Wales before restoration was half done with Ply, ahead of being shipped to Townsville (far north Queensland) where it sat in a shed and rotted. The impetus for completing its restoration came from an SBS TV documentary on a local century-old wine-growing family, hence the wine barrel on the tray. Rebuilt with extensive use of Australian timbers, the frame is Rosewood, the panels behind the steel Morris bonnet are Spotted gum, the running boards and rear guards are Silky oak, the tray drop sides and tailgate are Meranti, and the tray deck is Tasmanian oak. There are plastic clears for the doors when the weather turns ugly. Under the original Morris bonnet is a 1548cc side-valve four-cylinder that stamped 1926, but an oversupply meant these units were still being installed in production vehicles three years later. The engine runs on unleaded with a valve saver, the electrics have been converted to 12V, the headlights are now halogen, and the windscreen is laminated. The original radiator has been replaced with a 2004 Holden Commodore unit. The metal cowl and bonnet are finished in gold paint, the metal front guards and running boards are black and the remainder of the body is varnished timber. This three-seater early Morrie commercial has enjoyed a leisurely life for the past 16 years but is now ready for its next adventure. It comes with a folder full of model reference material and some history, and various photos from its earlier life. Previously on full Victorian registration, the 1929 Morris Model R 1 ton truck is being offered for sale here unregistered and with no reserve. 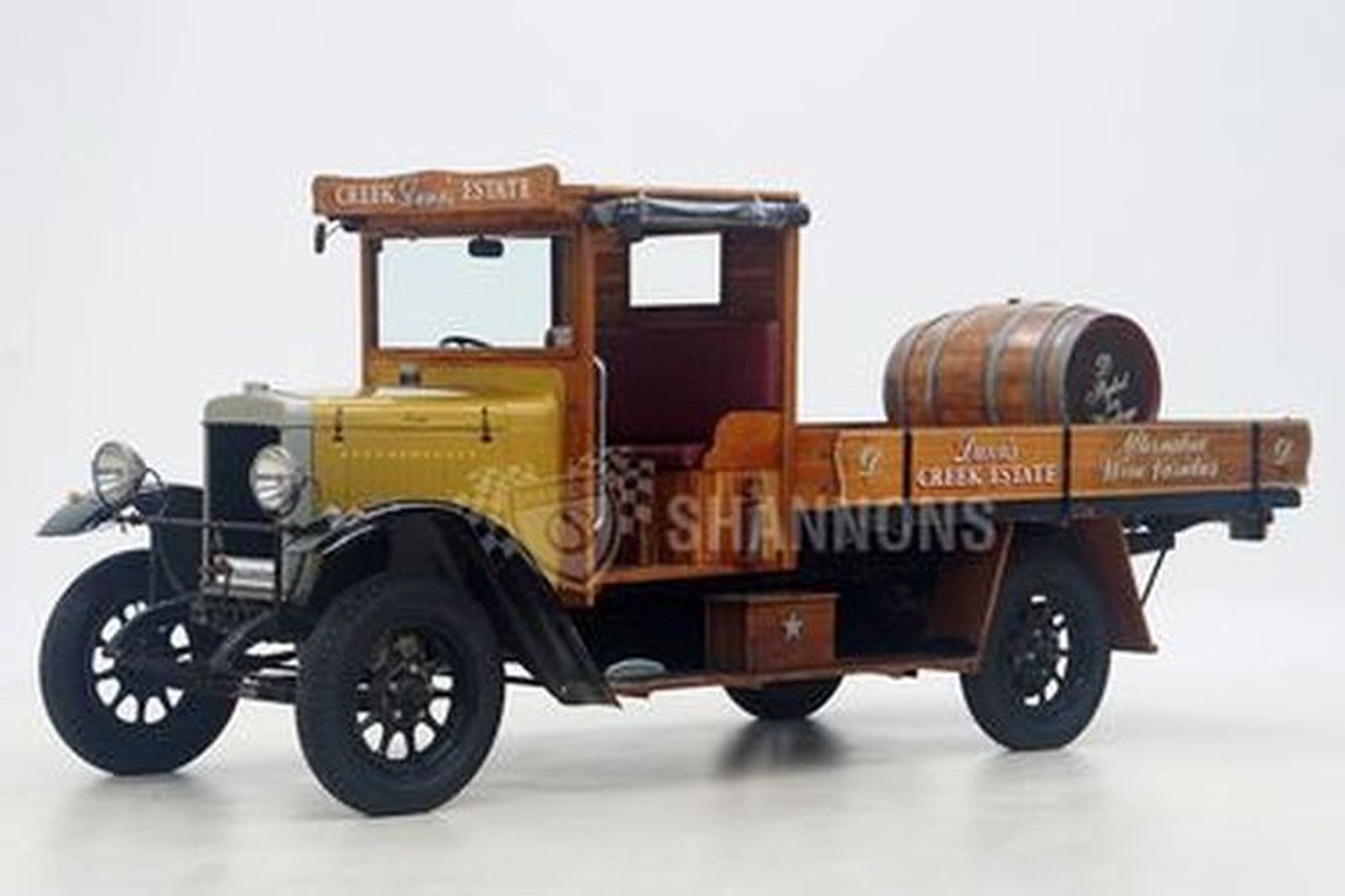