5107 people have viewed this lot

MG’s T-series Midget family began back in 1936 with the first TA and remained in production – with a break during the Second World War – until 1955, the fifth and final development being the TF launched in 1953.  The last of MG’s traditional square-rigged sports cars, the TF was originally something of a stop-gap designed to fill the breach until the new MGA entered production but for many enthusiasts is the best of the lot.  The TF’s lines were subtly modernised by raking the radiator shell and integrating the headlamps into re-profiled, more flowing wings, but pre-war styling cues like the fold-flat screen remained intact.  The TF’s cockpit was updated with a new dashboard design with three octagonal dials and more supportive seats, while the unpopular pressed-steel disc wheels found on the TD were ditched in favour of traditional wires.  Mechanically the TF was essentially a carryover from its predecessor, the rugged 1250cc engine benefitting from valve and carburettor improvements.  In total some 6200 1250cc TFs were made before a revised 1500cc model was announced mid-way through the production run, the vast majority exported to the United States where GIs returning from Europe eagerly snapped them up for America’s burgeoning sports car scene.  A further 3400 of the more powerful 1500 TF were made, the XPEG motor providing willing performance from its 63 horsepower and there was adequate stopping power from Lockheed hydraulic brakes.  The TF remains at its best on winding country roads, the superbly weighted rack and pinion steering and predictable handling combining to make every trip an experience to savour.  T-series ownership is a rewarding experience, with a thriving national club scene offering plenty of shows and rallies around the country each year and a strong network of local specialists for parts supply and servicing.

This remarkable MG TF has recently been unearthed from a shed where it has sat for more than four decades, part of a large collection of classics belonging to an enthusiast from the Wollongong area.  A desirable 1500cc version, the build plate indicates it was originally a Black Cellulose RHD export car completed on March 3, 1955 and both the frame and engine number correspond to the plate.  Evidently subject to some restoration work in the past, the MG is now finished in burgundy with matching upholstery and the interior has been well preserved, with no splits or tears in the seats.  Reading 16,064 miles on the clock at the time of cataloguing, the car hasn’t been started or driven but the engine turns freely and should require relatively little recommissioning to get running.  Supplied with full wet weather equipment including a hood, side curtains and tonneau, the MG is currently unregistered and this very worthwhile project will be sold with no reserve.
Note: Shannons advise that all potential buyers research all vehicles before purchase to authenticate originality. 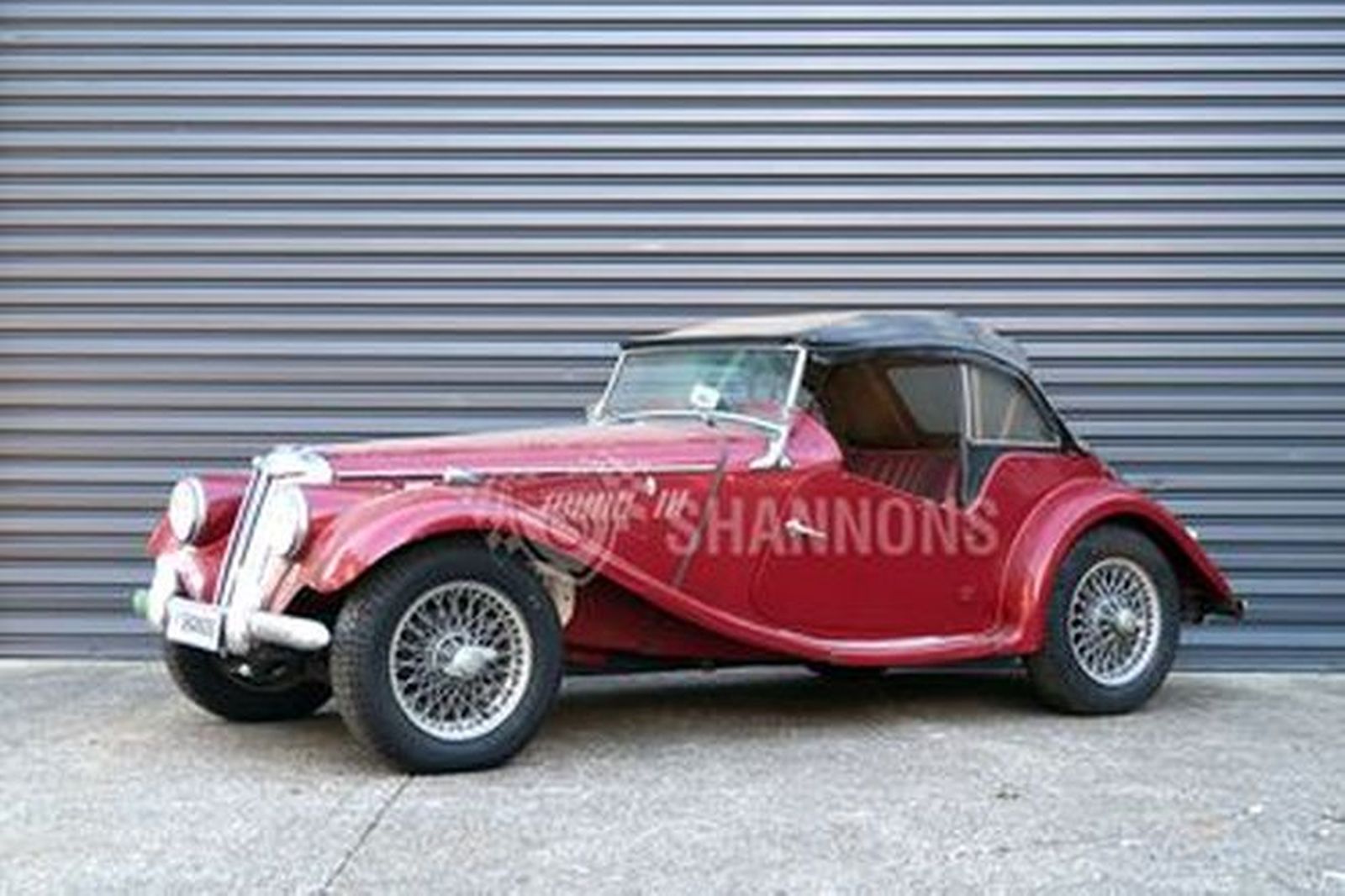