4661 people have viewed this lot

It’s hard to believe the Rolls-Royce Silver Shadow not so long ago celebrated its 50th Anniversary, with Crewe’s first ‘modern’ car unveiled at the Paris Salon in 1965. Employing unitary construction for the first time, the Silver Shadow’s elegant shape, styled by John Blatchley’s talented team, has stood the test of time remarkably well.  The Silver Shadow broke new ground for the Crewe Company in several key areas, from the sophisticated fully independent suspension with an advanced self-levelling system to four-wheel ventilated disc brakes. The only major components carried over from the Silver Cloud III were the excellent all-aluminium 6.2-litre V8 and four-speed automatic transmission with fluid flywheel, the latter replaced by GM’s excellent 400 three-speed box in October 1968 while the engine was enlarged to 6.7-litres the following year. Although no power output was ever divulged by the company, merely describing it as ‘adequate’, the Silver Shadow’s superior aerodynamics meant the car was perfectly happy cruising the motorway at speeds of up to 200 km/h. Inside, the Silver Shadow combined traditional materials and Old-World craftsmanship with modern fittings like electric windows. No less than eight individual Connolly hides were used to trim the interior of each car and the standard of finish on the upholstery, rich Wilton carpets and burr walnut veneers was impeccable. Each Silver Shadow employed 20 electric motors, powering everything from the radio antenna to adjusting the individual front seats. Air conditioning remained an option (except in America where it was made standard), but a clever heating and ventilation system ensured occupants were always kept comfortable, while safety was another key improvement and seat belts became standard equipment. Build quality on the Silver Shadow remained unsurpassed, each taking no less than 12 weeks to build from start to finish. Another important breakthrough for Rolls-Royce saw the company return a profit on a new model for the first time in 50 years and thanks to strong demand around the world, no less than 16,717 were built (along with a smaller number of Bentley T-Series variants) before the revised Shadow II was launched in 1977.

The Rolls Royce Silver Shadow feels like it’s a classic on the cusp. That’s been said a few times over the past decade but interest in these big British luxury saloons do seem to be strengthening globally, and why not? It’s a Rolls Royce after all. Purchased new through Melbourne Rolls Royce Dealers Kellow Falkiner on the 12th March 1975 this is a beautifully built and appointed vehicle with on-road presence to burn. When did you not look when a Shadow appeared near you in the traffic? With its ‘Wedding Car’ shackles now shaken off the Silver Shadow is shifting into the realm of collectible classic. Our 1975 example here benefits from the continual subtle improvements made to the model throughout its first decade of production, and before the more pronounced step change of the Shadow II in 1977. It’s presented in that familiar silver-blue metallic so popular in the period with contrasting navy-blue Connolly leather trim. The paint condition is commensurate with its age, as is the leather, with most of it pretty good but the driver’s chair is in need of repair. The dark blue Wilton carpets are in good condition, as is the burr walnut dashboard, though the driver’s door capping is wear-marked. It’s a nice place to be, though, and these interior imperfections would be easily fixed. Time to consider a Shadow in your collection? Formerly on full Victorian registration, and with good Rolls Royce early service history, this 1975 Rolls Royce Silver Shadow is being presented here for sale unregistered. 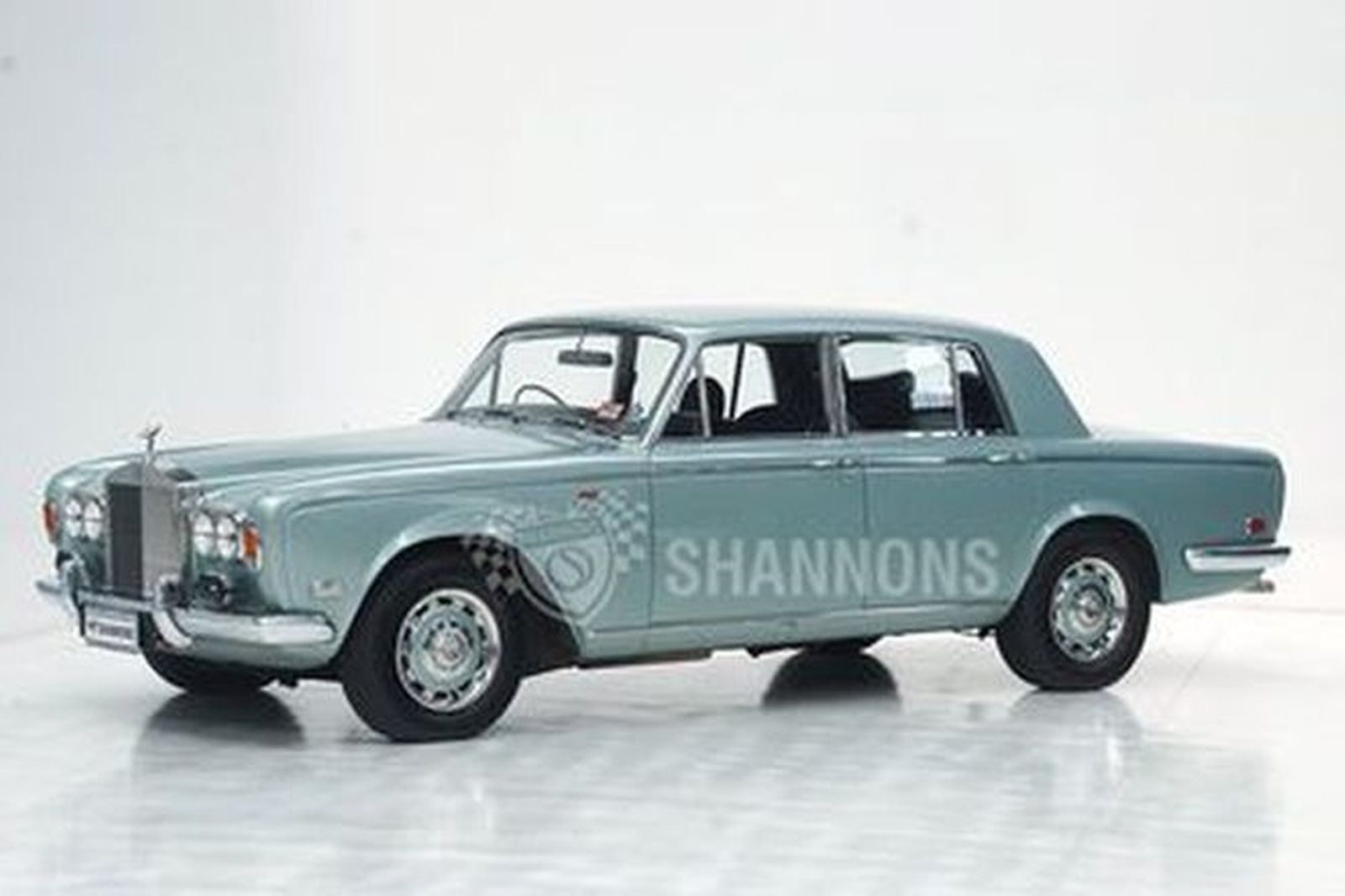