This lot is no longer available
One of the most glamorous and expensive cars of the 1960s, Mercedes-Benz’ W111/112 range of coupes and cabriolets first appeared at the 1961 Frankfurt Motor Show.  With elegant, pillarless styling by Paul Bracq, the original 220 SE shared its floorpan and mechanical underpinnings with the ‘Finnie’ saloons and set new standards of technical excellence and refinement, not to mention exclusivity. In March 1962 Stuttgart’s designers unveiled a new flagship model, the 300 SE, which shared the same basic lines as the 220 (with only the addition of chrome strip to tell them apart) but under the skin the two were quite different.  For starters the 300 SE used the M189 all-alloy six-cylinder engine, a development of the same motor found in the legendary 300 SL Gullwings and Roadsters, boasting the latest Bosch mechanical fuel injection and a healthy power output of 170 horsepower at 5400rpm.  The revised chassis featured a sophisticated air suspension system similar to that used on the 600 limousine, along with power-assisted disc brakes on all four wheels and a limited slip differential.  These changes brought into effect the W112 designation, setting them apart from the considerably cheaper 220/250 models.  Four-speed automatic transmission was standard, although a four-speed manual (and even a ZF five-speed unit on later cars) could be specified. Inside, there was genuine wool carpet, leather upholstery and rich timber veneers to create the impression of a bespoke luxury express and help justify the huge premium in price over the 220/250 SE models.  Indeed, aside from the 600 limousine, the 300 SE Cabriolet was the most expensive car to wear the Three-Pointed Star.  A popular choice with celebrities like Peter Sellers when new, the exclusive 300 SE is perfectly at home cruising the French Riviera or streets of Beverly Hills today.  By far the rarest model of the W111/W112 family, only 3,127 coupes and cabriolet 300 SEs were made in total and collectors are now finally starting to recognise the significance of these cars, with prices showing rapid appreciation in the past few years. 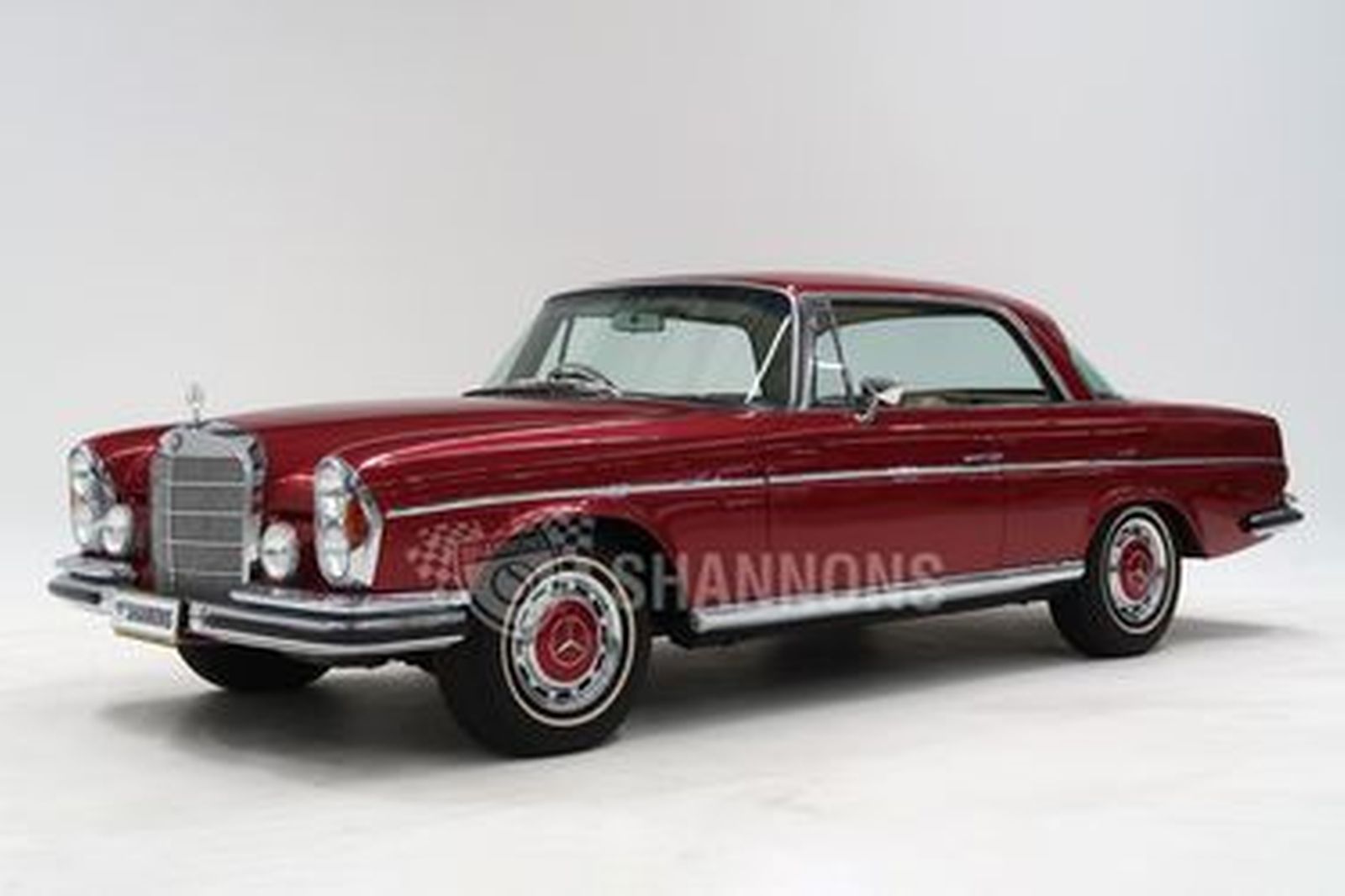