2361 people have viewed this lot

Laverda’s origins can be traced back to 1947 when Francesco Laverda, working in partnership with Luciano Zen, designed a prototype four-stroke motorcycle, from which the first production machines from Moto Laverda evolved, powered by a single cylinder alloy motor displacing 75cc.  Laverda participated in motorsport right from the outset, both at factory and privateer levels, enjoying great success at home throughout the 1950s.  Laverda’s first twin was a 200cc machine debuting at the 1961 Milan Motor Show and the company began exporting its products around the globe.  Unlike so many other Italian manufacturers, Laverda ultimately focused its attention on building bigger, more powerful machines instead of scooters or mopeds, entering the world of the superbike with the 650 launched at the Earls Court Motor Show in November 1966.  A short-lived interim model, the 650 motor’s capacity was soon increased to 743.92cc by virtue of increasing the bore size from 75mm to 80mm, the resultant 750 debuting at the Milan Show at the end of 1967.  The original 750 GT and Sport models were supplemented by the SF (which stood for Super Freno, or ‘super brake’) in 1970, with an all-new drum brake designed in-house by Dr Francesco Laverda himself, updated with Japanese Nippon-Denso instruments and a redesigned fuel tank in 1971.  The improved SF1 of 1972 saw a new cylinder head, crankshaft and larger 36mm Dell’Orto PHF carburettors, along with an exhaust balance pipe under the engine, a Conti silencer and Lucas switchgear.  Known as the Lamborghini of motorcycles, the Laverda twin was a big seller, with approximately 18,500 built throughout the 1970s and the SF1 and its successors are recognised as a bone fide classics today. 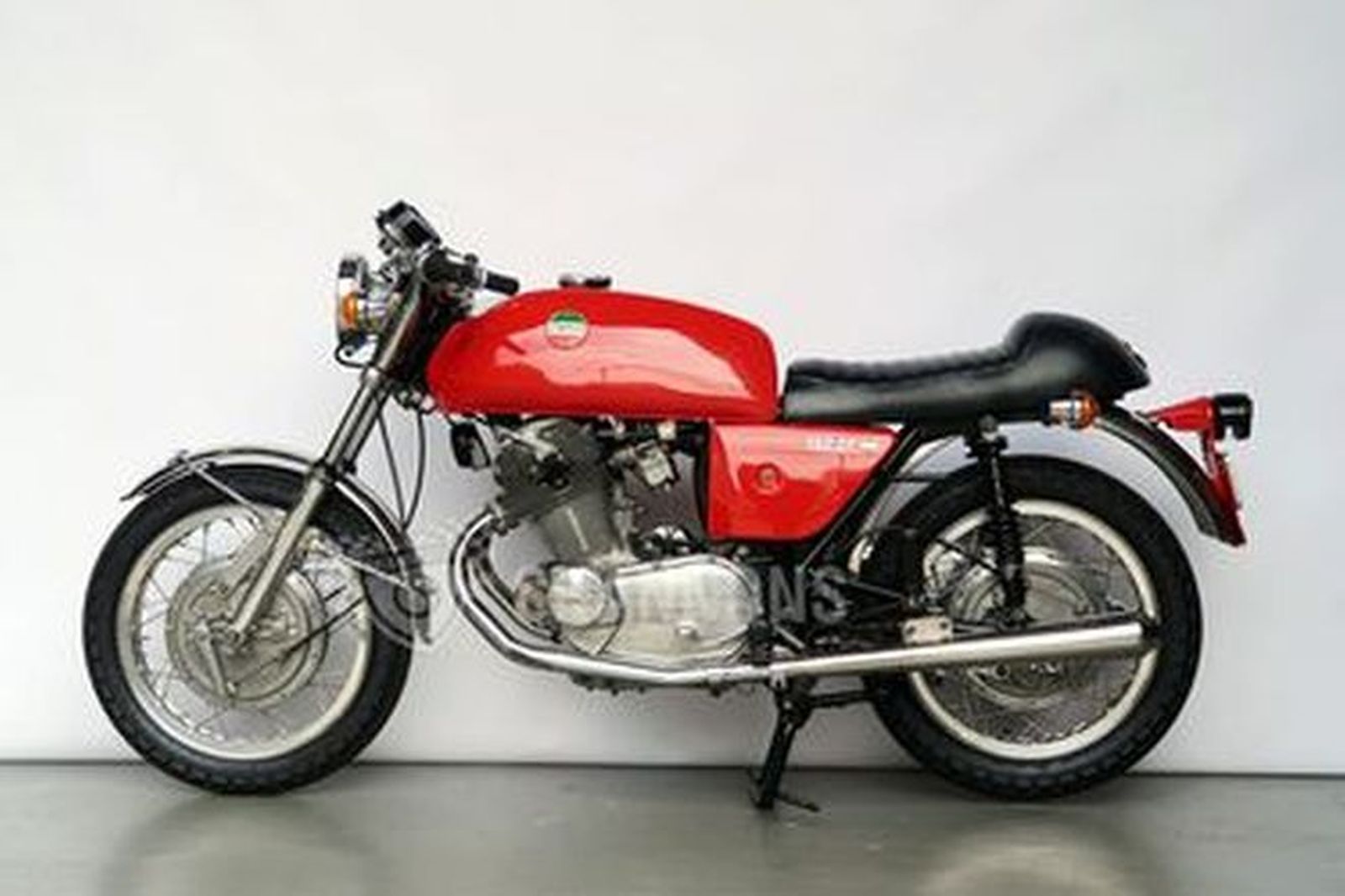 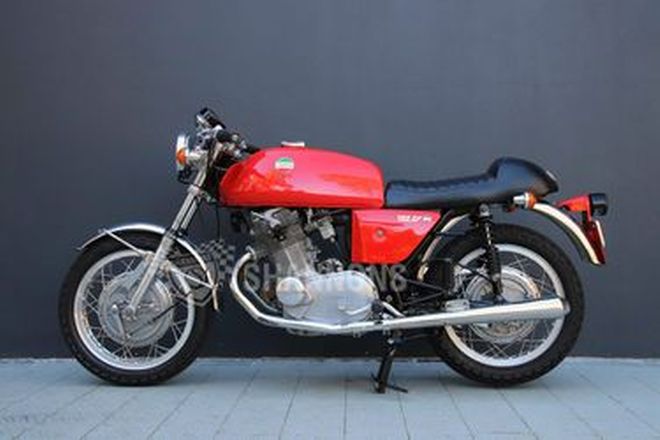