447 people have viewed this lot

Mercedes-Benz’s compact W123 series became the most successful car to wear the Three Pointed Star in commercial terms, with over 2.6 million built between 1976 and 1985.  A large percentage these can still be seen on the road today, testimony to the inherent quality of these beautifully engineered machines.  The W123 was significantly stronger, better equipped and more refined than its predecessor, with numerous passive features making it one of the safest cars on the market.  Sold in both four-cylinder (200/230) and six-cylinder (250/280) versions, along with an extensive range of diesels, the W123 was available as a four-door sedan, practical estate and a stylish pillarless coupe.  Built on a shorter 2710mm wheelbase platform, the W123 coupes were better equipped than their four-door cousins, with features like power steering fitted as standard.  The flagship of the W123 range was the 280CE coupe, with a powerful fuel injected twin-cam 2.8-litre six-cylinder engine under the bonnet.  The M110/988 engine developed 185 bhp at 5800 rpm, enough to propel the 280CE to a top speed in excess of 200 km/h, with decent acceleration to match.  Built in relatively small numbers between 1977 and 1985, the 280CE offers surprisingly strong performance from the gutsy six, typically Germanic build quality and safety – all at a very affordable price.  Indeed, the 280CE is the perfect classic daily driver, reliable enough to be used in modern traffic but stylish enough for weekend pleasure trips.

As confirmed by the books supplied with the car, this lovely Mercedes-Benz 280CE was originally delivered through Yorkstar Motors to a Sydney doctor in 1983 before passing to the current owner’s mother-in-law in August 1984 with 10,735 kms on the clock (see original purchase agreement on file).  The data card confirms it left the factory in classic colour combination of Thistle Green Metallic (paint code 881) with beige M-B Tex upholstery, a factory sunroof, cruise control, central locking, electric windows, air conditioning and alloy wheels.  Serviced by marque specialists, McIntosh of Mosman initially took care of the car followed by Arthur Rizzo of North Sydney.  Inherited by the vendor a couple of years ago, the Mercedes-Benz has been kept on full NSW registration and driven sparingly in recent years.  Showing 206,046 kms on the clock at the time of cataloguing, the 280CE presents in  tidy condition throughout and is substantially original, right down to the factory installed Becker radio/tape deck.  The car is currently registered in NSW until December 2020 and will be sold at No Reserve, with books, owner’s manuals, old registration papers and some service history supplied.
Note: Shannons advise that all potential buyers research all vehicles before purchase to authenticate originality. 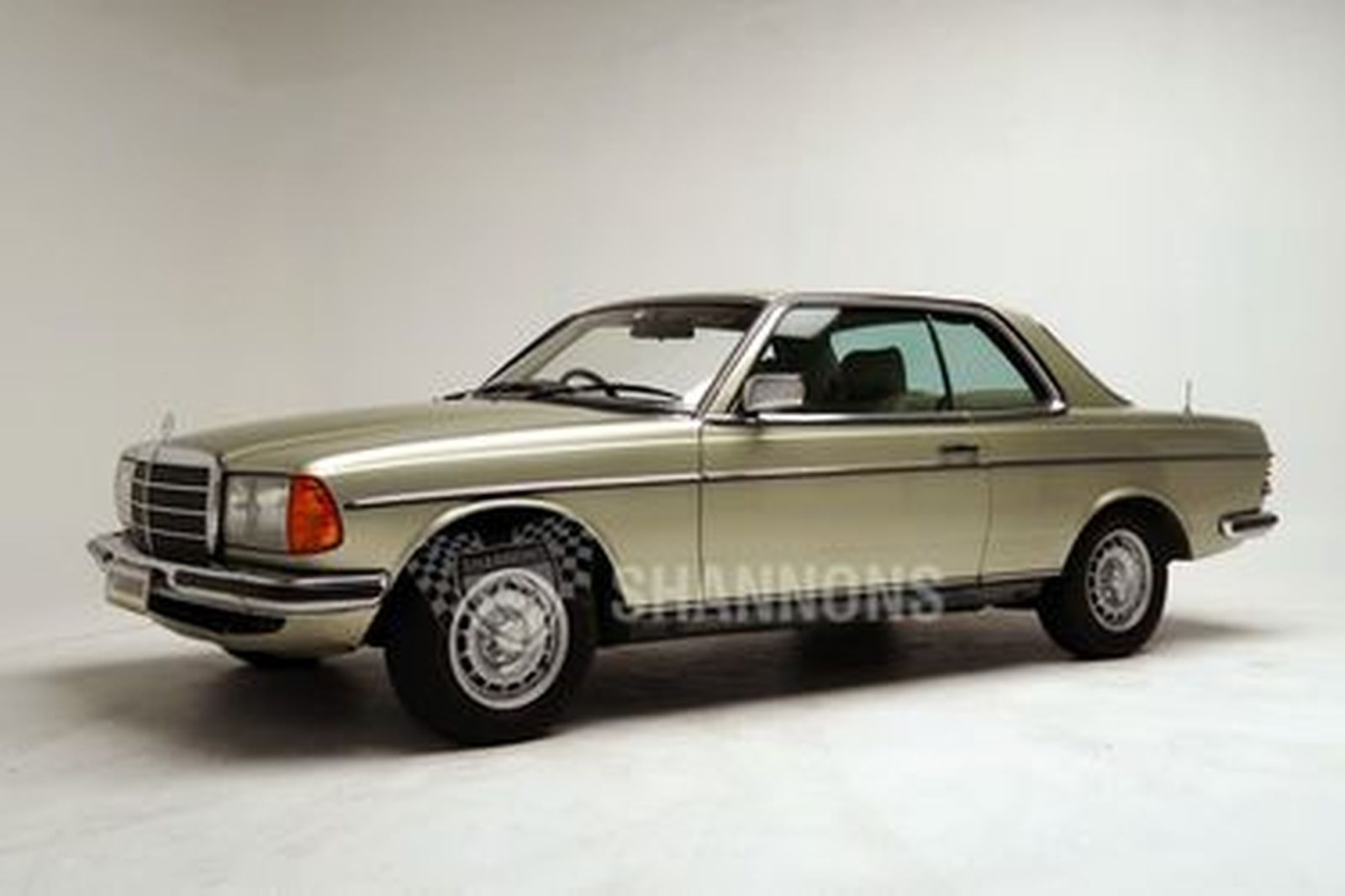