527 people have viewed this lot

When Daimler-Benz were designing a replacement for the much-loved Pagoda-roof SL range it was decided to simultaneously offer a longer wheelbase 2+2 version of the new model to fill the gap left by the demise of the W111/112 coupes and thus the SLC was born.  The new SL/SLC range, dubbed W107 in Stuttgart’s parlance, was an altogether stronger, safer and more sophisticated design than the Pagoda it replaced.  With chunky, squared-off lines the W107 boasted massive construction techniques that incorporated side impact protection in the doors and crumple zones to offer unparalleled safety.  The SLC featured a slightly raised roofline to provide additional headroom along with unusual side window treatment, with louvres and no B-pillar, turning the Mercedes into a pillarless coupe with the windows lowered.  Inside, the SLC was typically well thought out and finished to the highest standards – the luxurious cabin was capable of seating four adults in comfort, while the long doors made access to the rear seats relatively painless.  Mechanically, the SLC was initially offered in two versions, the 280 – powered by the classic twin-cam six-cylinder engine - or the new overhead-camshaft V8, badged as the 350, the latter available only with a three-speed automatic transmission.  Suspension was via semi-trailing arms that provided more predictable handling characteristics than the swing axles of earlier generation SLs.  The SL proved a supremely successful sports tourer (or Grand Tourer in the case of the SLC) and remained in production, largely unchanged, for 18 years with just under 240,000 built.  Today the model is often overlooked yet the SLC shares the same virtues as its open-topped SL sibling – outstanding build quality, robust mechanicals, advanced safety features – making it something of a classic bargain.

An Australian-delivered example of the underrated Mercedes-Benz 350 SLC, this well-presented car still has the York Motors tag present on the radiator support and the data plate shows it left the factory in the same Byzantine Gold Metallic colour it wears today, along with automatic transmission, central locking, Behr air conditioning and electric windows.  Coming from a Queensland owner - whose family have owned the car for over 20 years - the car also features a factory sunroof, modern sound system and Mille Miglia five-spoke alloy wheels, along with an aftermarket exhaust that gives the V8 an aggressive note.  We are informed the car has been well looked after by the vendor’s workshop and the overall condition reflects the mileage of just over 150,000 miles showing on the clock.  The interior is generally tidy; the original parchment MB-tex interior is showing wear in keeping with age, protected under sheepskin covers, and unlike so many of these older Benzes, the dash pad isn’t cracked.  Previously registered in Queensland, the Mercedes-Benz will be sold unregistered and with No Reserve.
Note: Shannons advise that all potential buyers research all vehicles before purchase to authenticate originality. 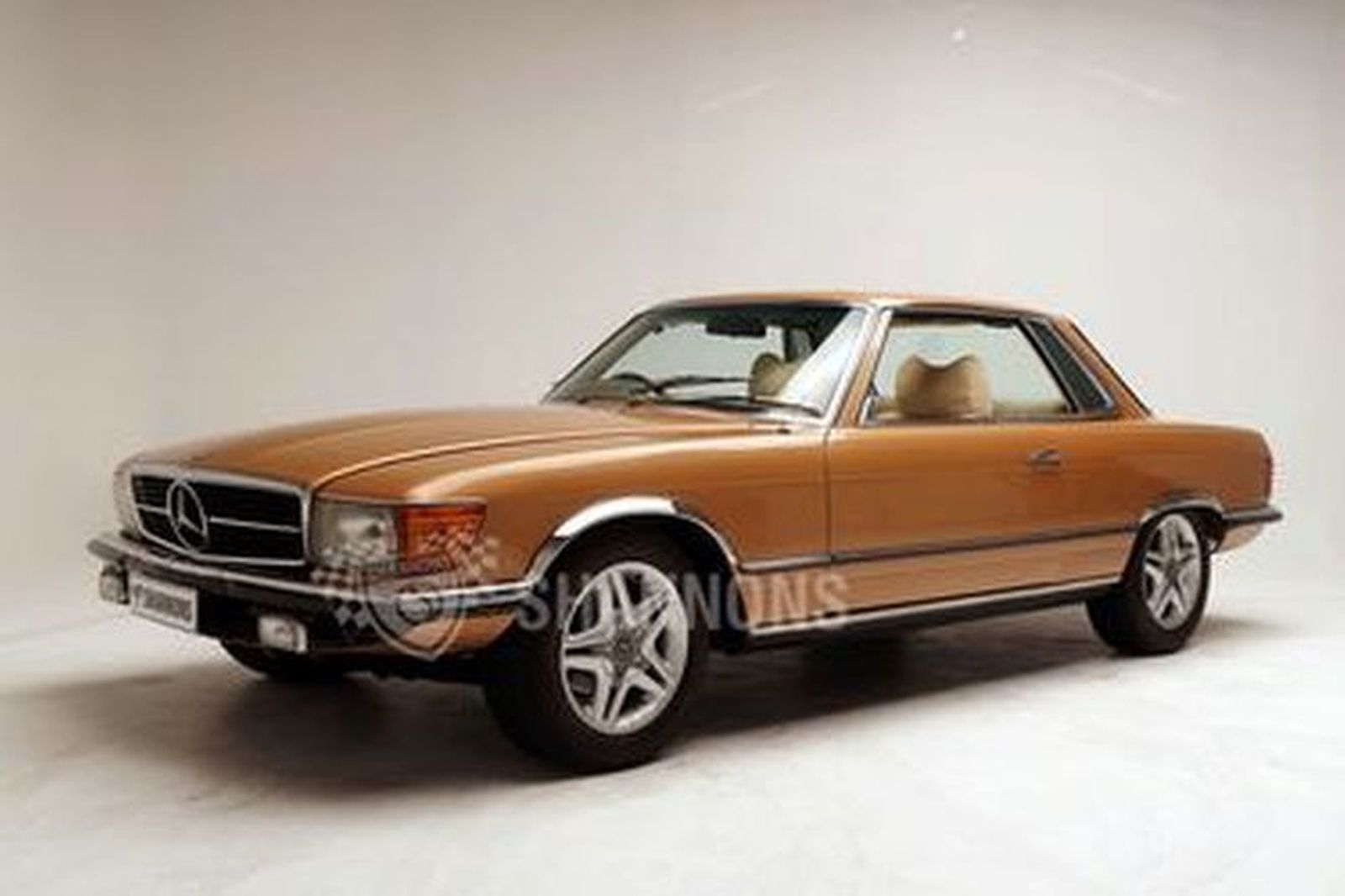