1884 people have viewed this lot

This lot is no longer available
Dating back to 1957, the Sportster remains Harley-Davidson's longest running model, evolving from dirt track racers into a series of popular road-going bikes.  All Sportster derivatives came with a V-twin engine mounted rigidly in the frame until 2003, the early K-series models being the original ‘Flathead’ engine design while later X-series versions employed overhead valves.  The X-series Sportsters remained in production until 1985, using both 900cc and 1000cc overhead-valve engines with cast iron heads, hence the nickname “Ironheads”.  The original XL could reach a maximum of 90 mph on the open road, putting the big Harley’s performance on par with the best of the Brits, while niceties like electric starting were added in 1967, Kayaba forks in 1973 and a front disc brake the following year.  Although somewhat dated by the 1980s, the Sportster perfectly embodied the Harley-Davidson spirit - a simple, raw machine that communicated every facet of the riding experience directly to the rider.  Indeed, the XL rider liked the fact his bike an anachronism, thumbing its nose at the technology-laden machines emerging from Japan.  From 1986 onwards, the XL Evolution employed a new generation of 883cc and 1100cc engines with alloy heads; the 1200cc unit came along in 1988, followed by a five-speed gearbox and belt drive.  An entirely new frame with the engine isolated by rubber mounts was adopted in 2004, while Electronic Sequential Port Fuel Injection finally replaced the carburettors in 2007 across the model range.  The XL883C and XL1200C models employed a flatter ‘Custom’ style tank, 21-inch laced wire front wheel, chrome slotted alloy rear disc wheel and forward controls.  The engine was powder coated in black with chrome covers, a chrome exhaust with dual staggered mufflers and a chrome bullet headlamp.  A comfortable cruiser with effortless performance from the powerful V-twin, the XL1200 Custom combines classic looks with modern features. 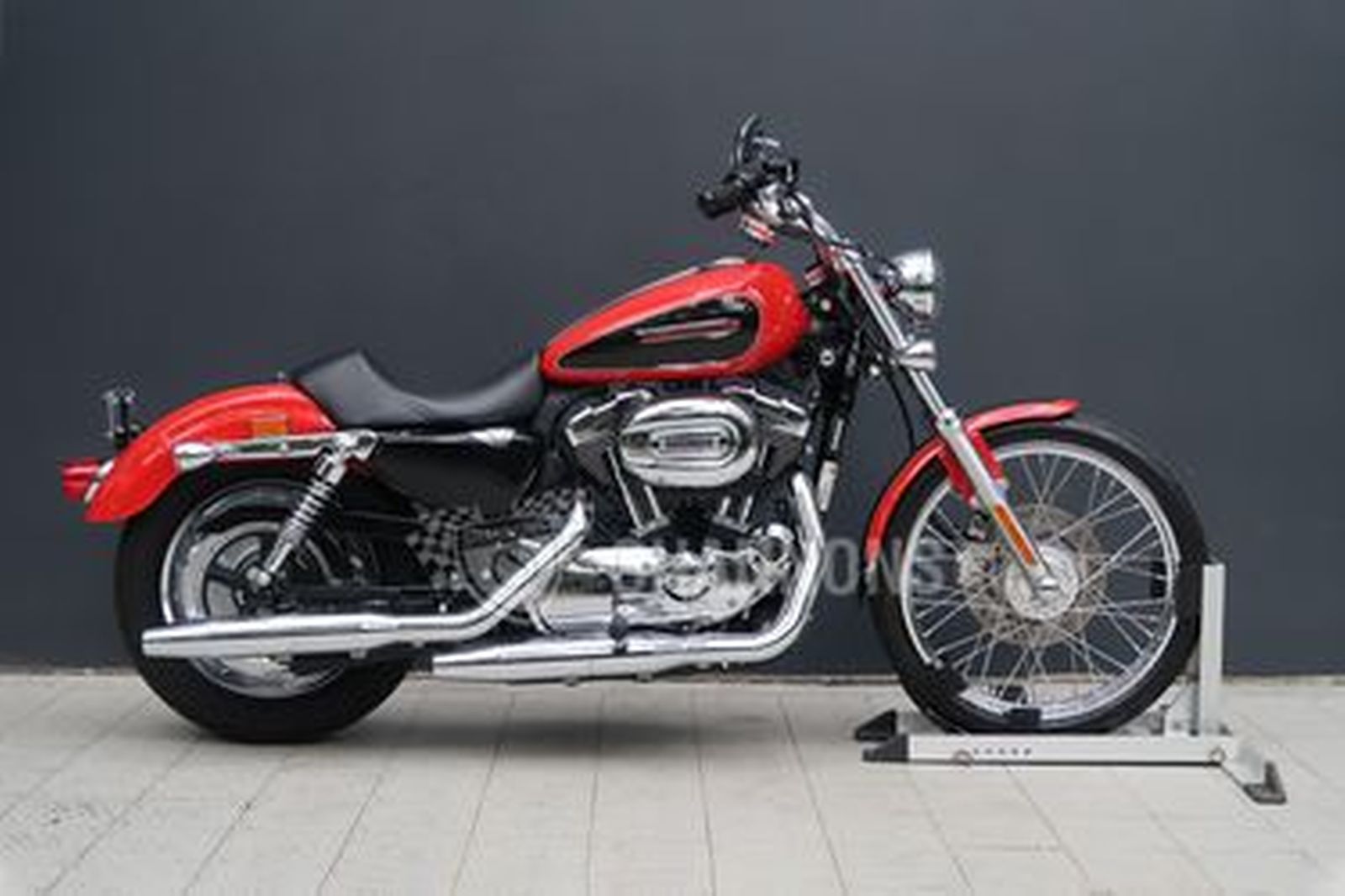