3453 people have viewed this lot

This lot is no longer available
Ducati stunned the motorcycle world when the Desmosedici RR was unveiled at the 2006 Italian Grand Prix at Mugello, a road-going replica of then current MotoGP machine.  Although heavily influenced by the 2006 MotoGP bike, the RR’s liquid-cooled D16 engine was actually a clean sheet design purpose-built for road use, sharing the same basic architecture and technology, including sand cast engine cases and titanium rods by Pankl (although space limitations necessitated the use of wet sump lubrication) while the steel-tube trellis frame closely resembled the race bike, as did the Ohlins forks and shocks and cassette-type gears.  The race bike’s carbon brakes were deemed impractical for road use, so Brembo steel brakes were adopted and – for the first time ever on production bike – Marchesini forged magnesium alloy wheels were used, along with specially developed Bridgestone ‘Uno’ BT-01 rubber.  Designed by Alan Jenkins, the stunning bodywork was made up of carbon fibre sections and the same material was used for the front sub-frame and fender, one-piece tail, airbox and other parts.  The instrument cluster was a digital display with data logging, while a track kit included an ECU, upgraded exhaust and paddock stand.  Boasting incredible performance, the Desmosedici RR’s 200 horsepower was best exploited on the track, where the 13,800 rpm redline and 300km/h plus top speed can be fully appreciated.  All 1500 units were spoken for by the time production began, the first reportedly going to Hollywood star Tom Cruise.  Just 120 were allocated to Australian customers and despite a sticker price in excess of $100,00 all were snapped up by eager buyers, helped no doubt by Casey Stoner’s first championship win for the legendary Italian team.  A modern classic, the Desmosedici RR is still regarded with awe by enthusiasts more than a decade after its launch and is one of Ducati’s most collectible bikes. 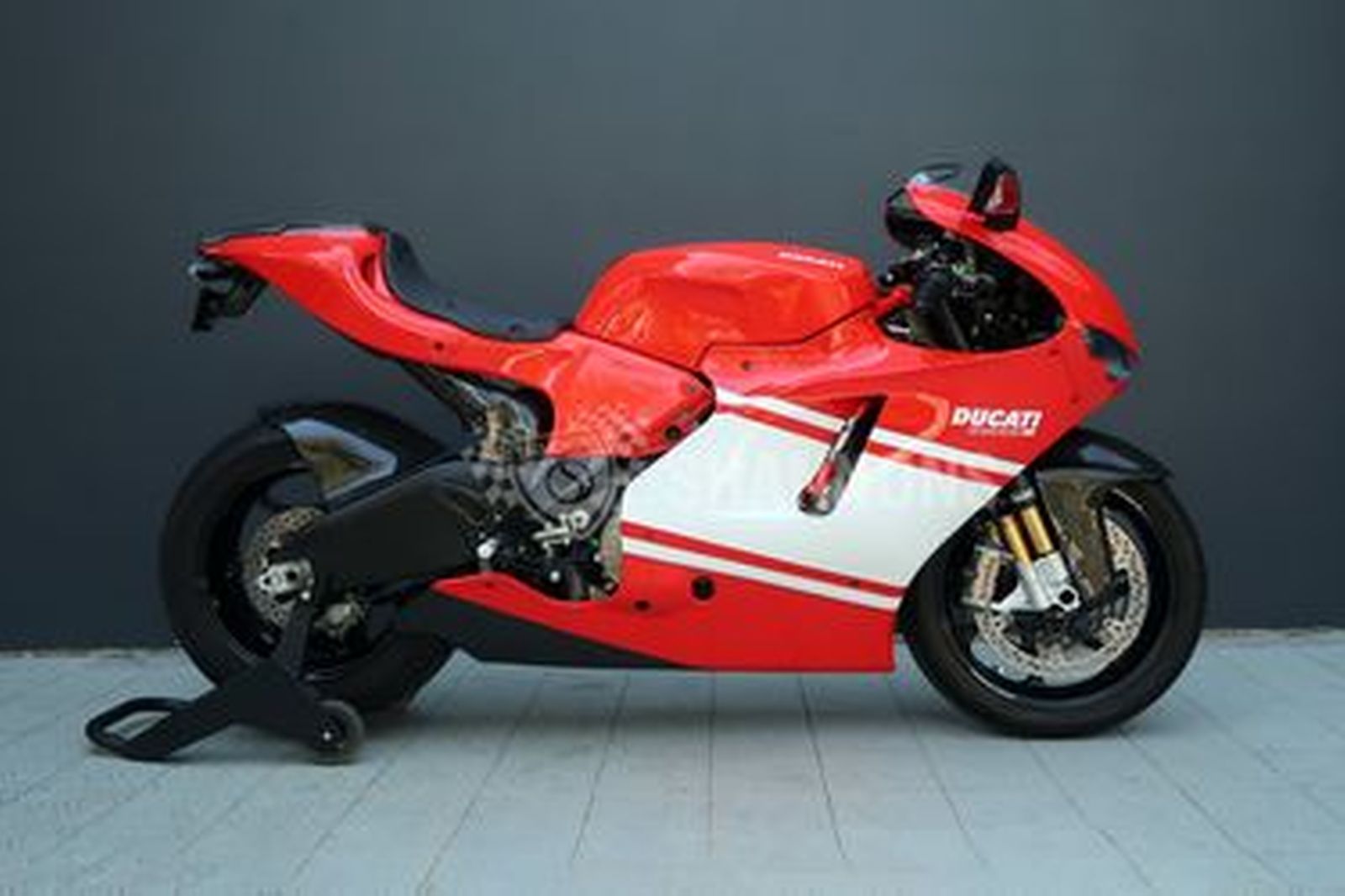