7439 people have viewed this lot

Sharing the same chassis as Massimo Tamburini’s legendary 916 and near identical in most respects, Ducati’s 748 sport bike featured the original Desmoquattro engine with smaller bore cylinder heads (88mm x 61.5mm), the smaller pistons allowing it to redline at 11,500 rpm.  Launched in 1995 in three distinct versions, the Strada, Biposta and Sport Production, the latter was a homologation special specifically designed to qualify for racing.  Ducati added a new top of the range model designated the 748R in 2000, a limited production featuring a Superbike racing frame derived from the 748S, larger airbox and throttle body employing an overhead “shower” injector arrangement above the butterflies.  Developing 106 horsepower, the 748R’s engine was based on the 996 but using a number of unique features, including high lift camshafts and wider timing belts, plus a slipper clutch and oil cooler suitable for racing.  Sold in either red or yellow, the 748R’s weight was pared down to just 192 kgs and the top speed was up to 255 km/h.  Changes for 2001 included a revised frame, carbon-fibre airbox and the same Ohlins suspension shared with the 996SP, along with stronger brakes, while the 2002 models had new fairings and decals.  Always built in strictly limited numbers, according to Ian Falloon’s research there were only ten red 748Rs designated for Australia in 2002, plus a further twelve yellow examples, making the bike offered here particularly rare.  Boasting a fabulous chassis, gorgeous styling and racing pedigree the 748R is a stunning Italian sport bike destined to become a classic. 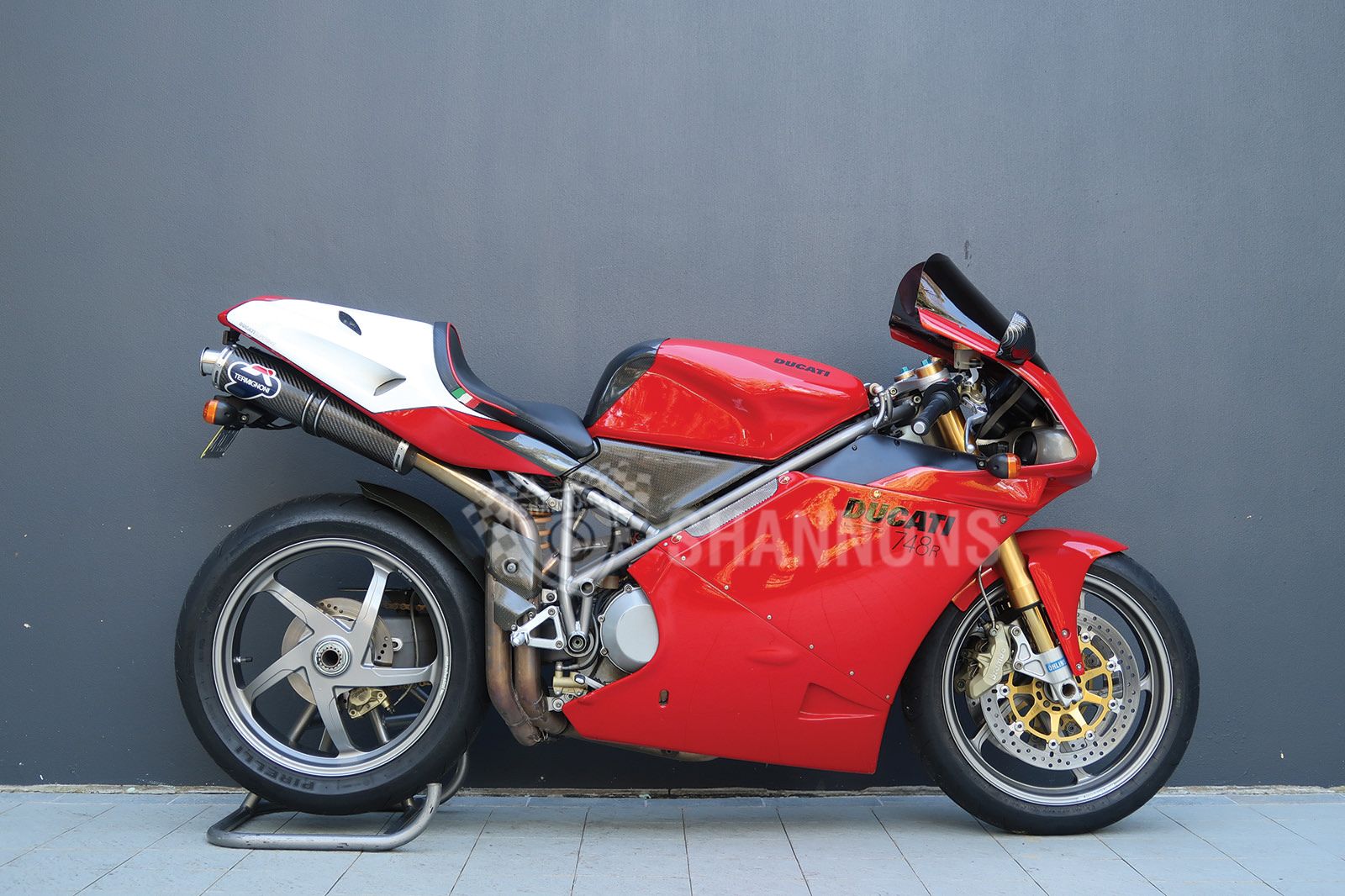 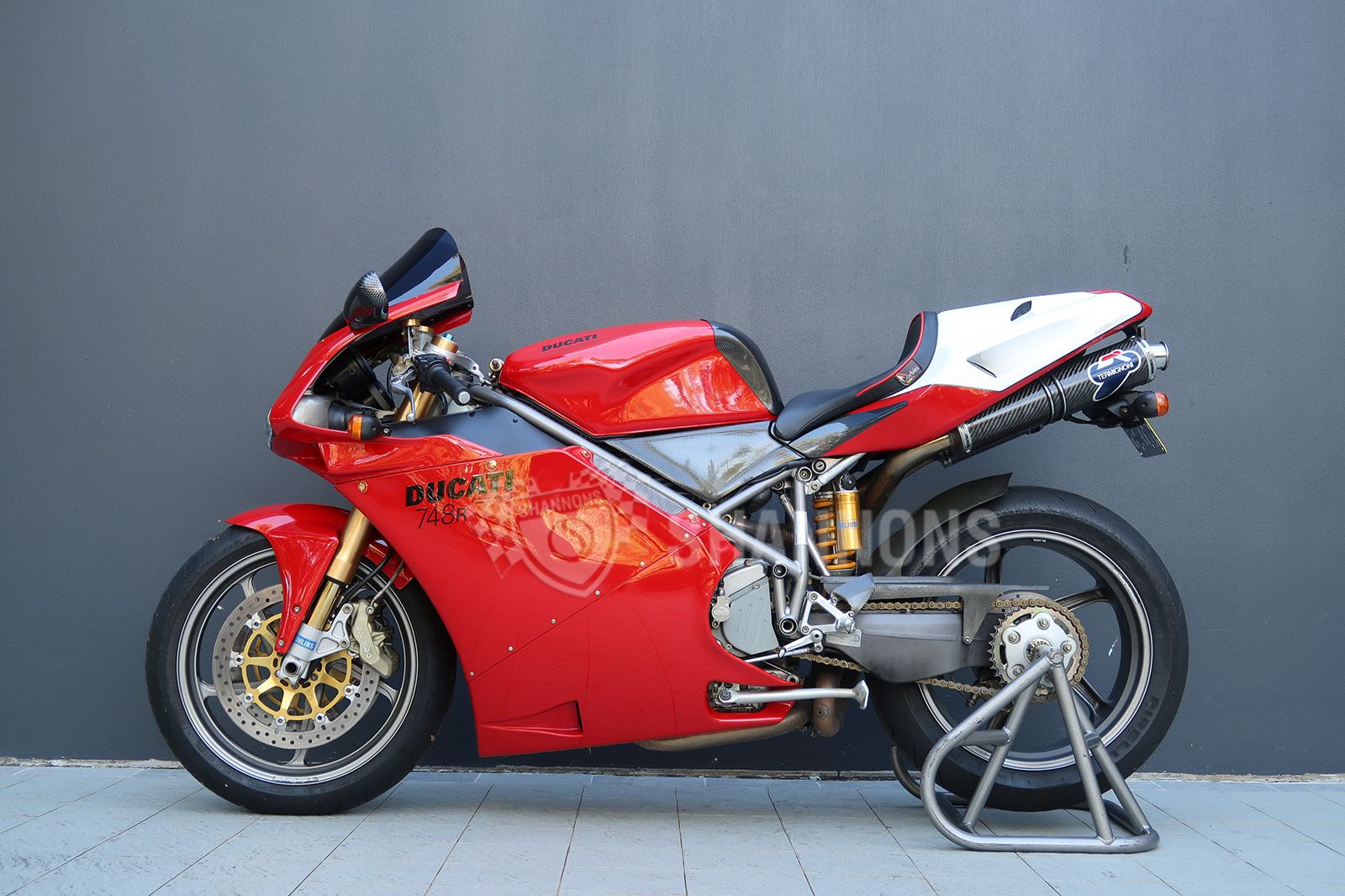 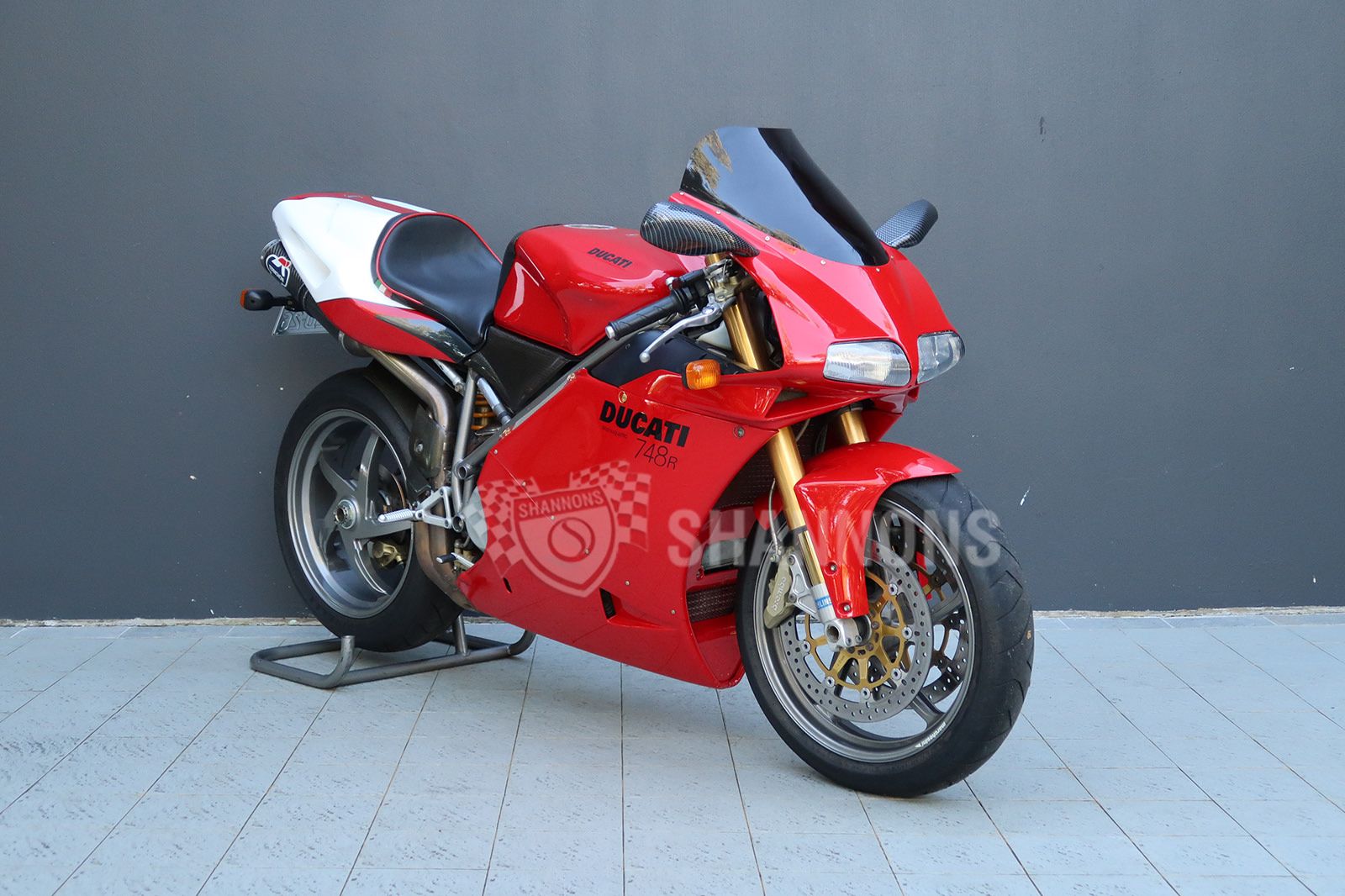 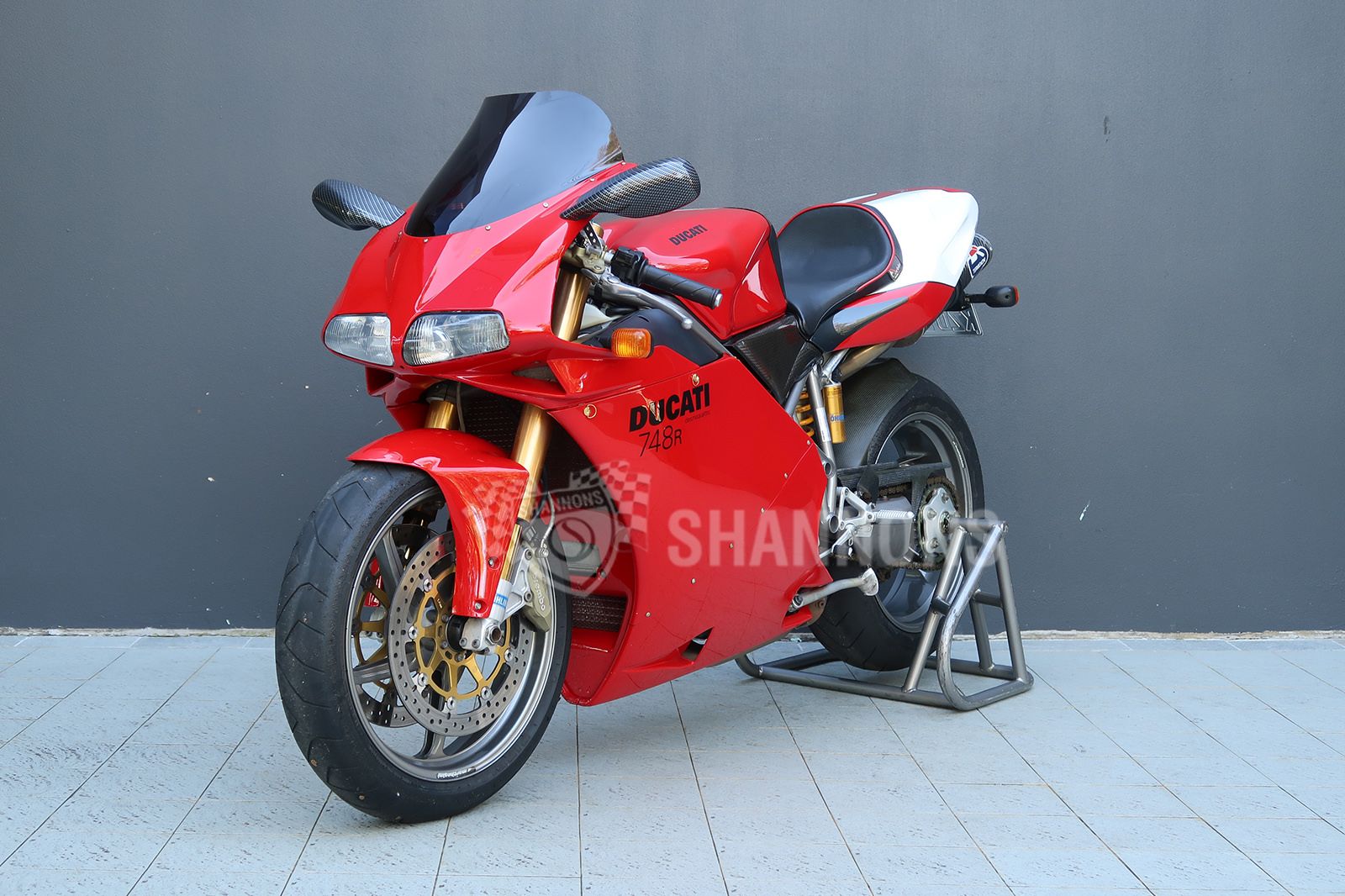 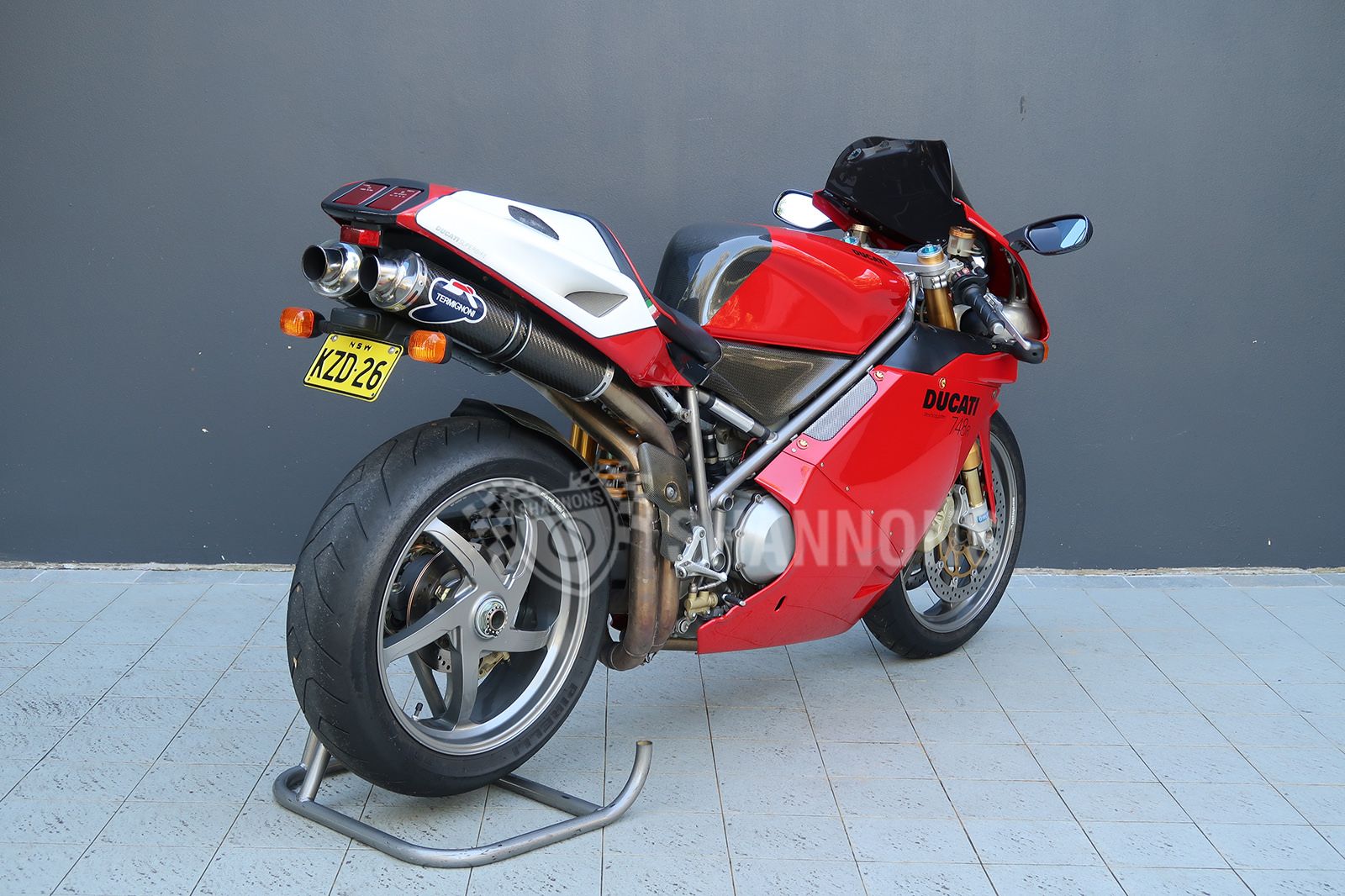 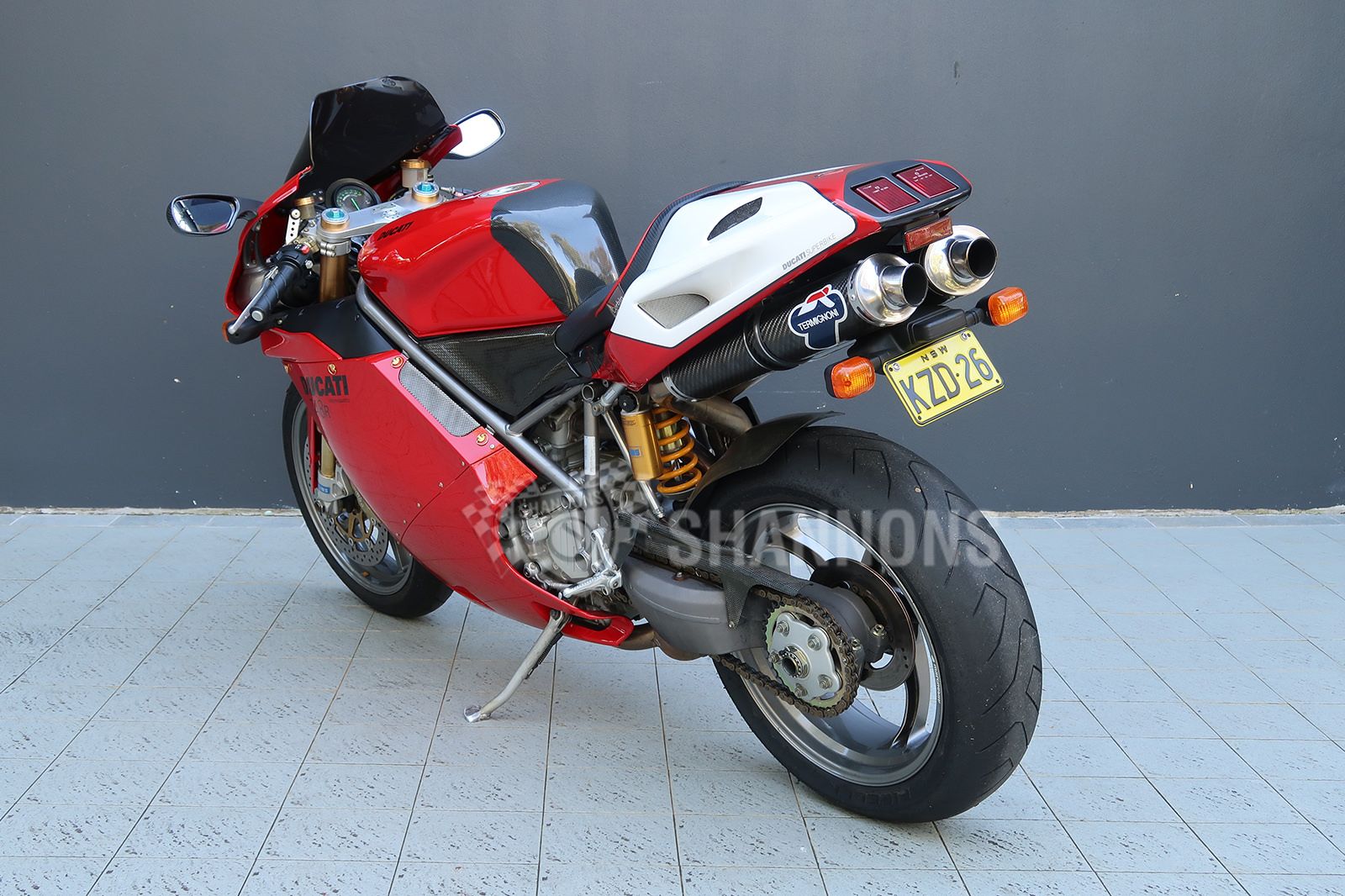 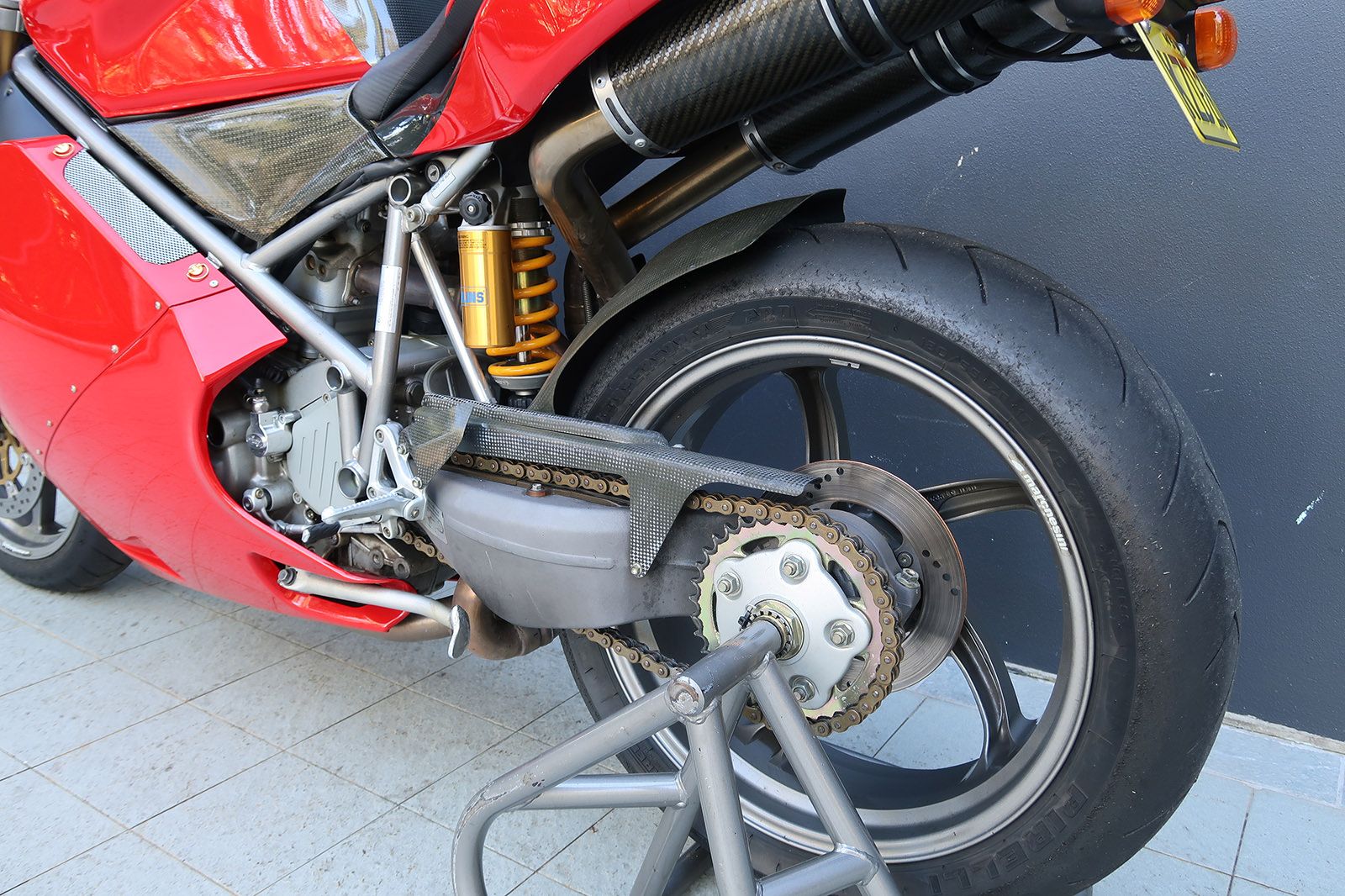 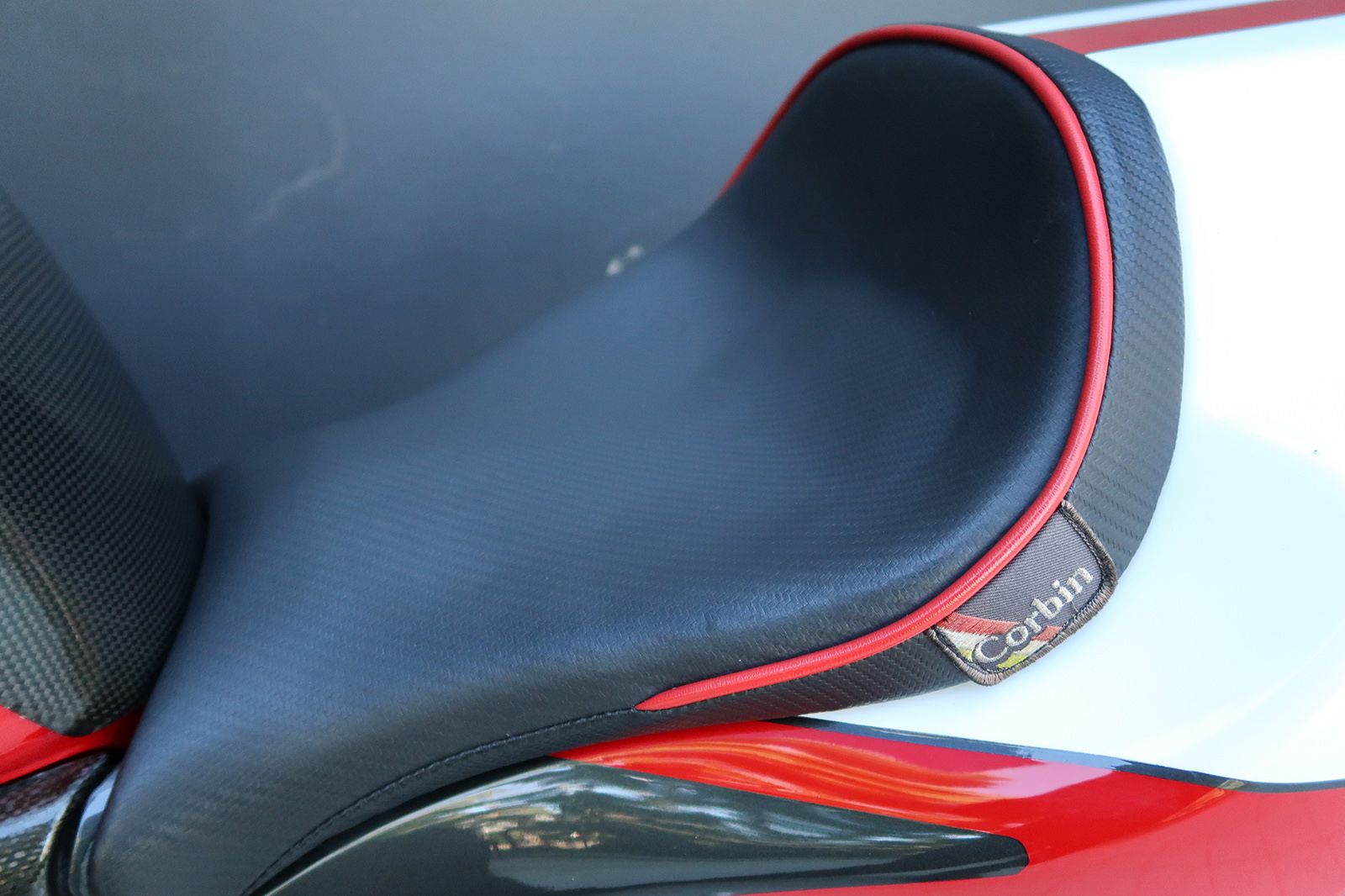 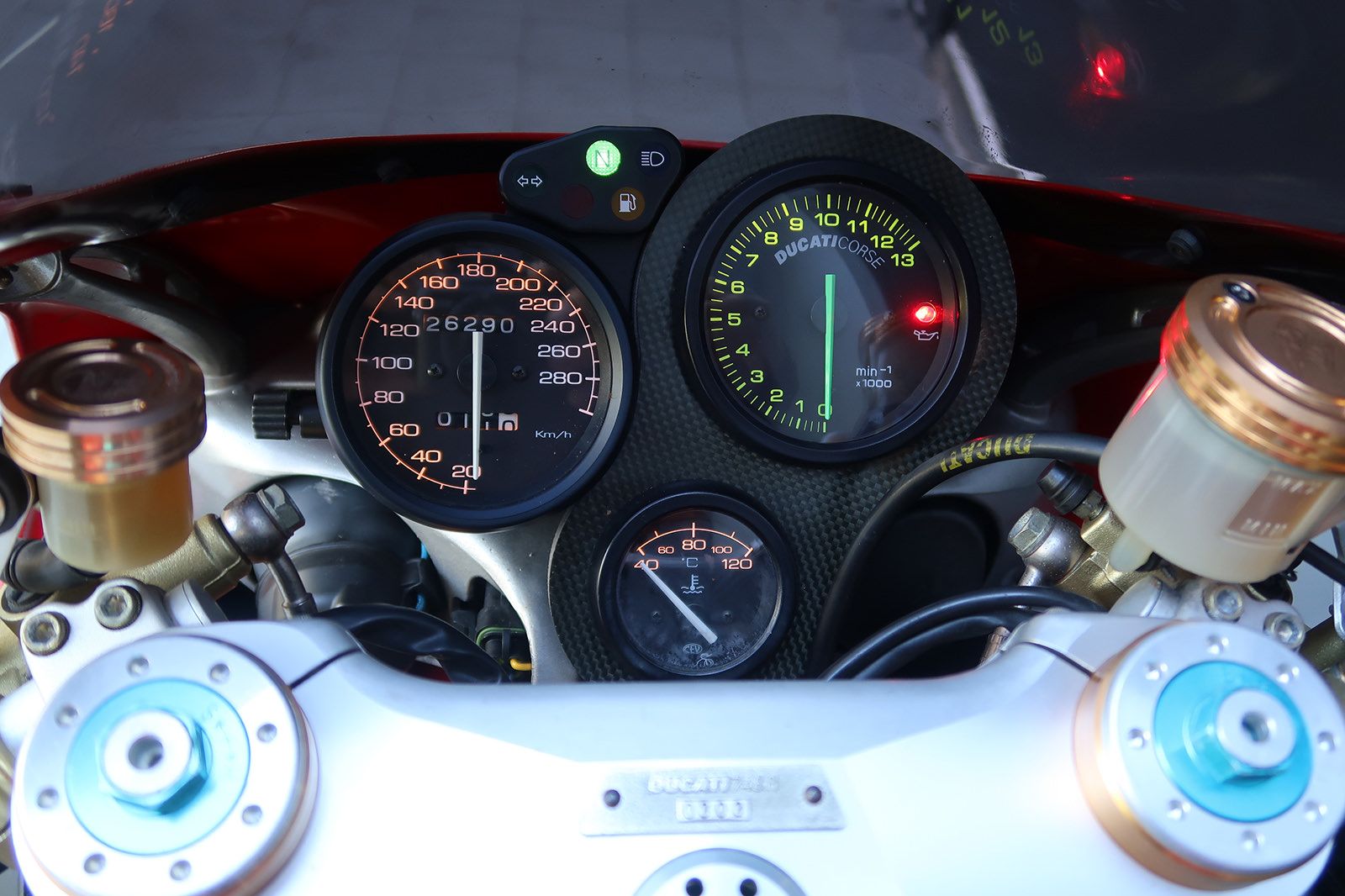 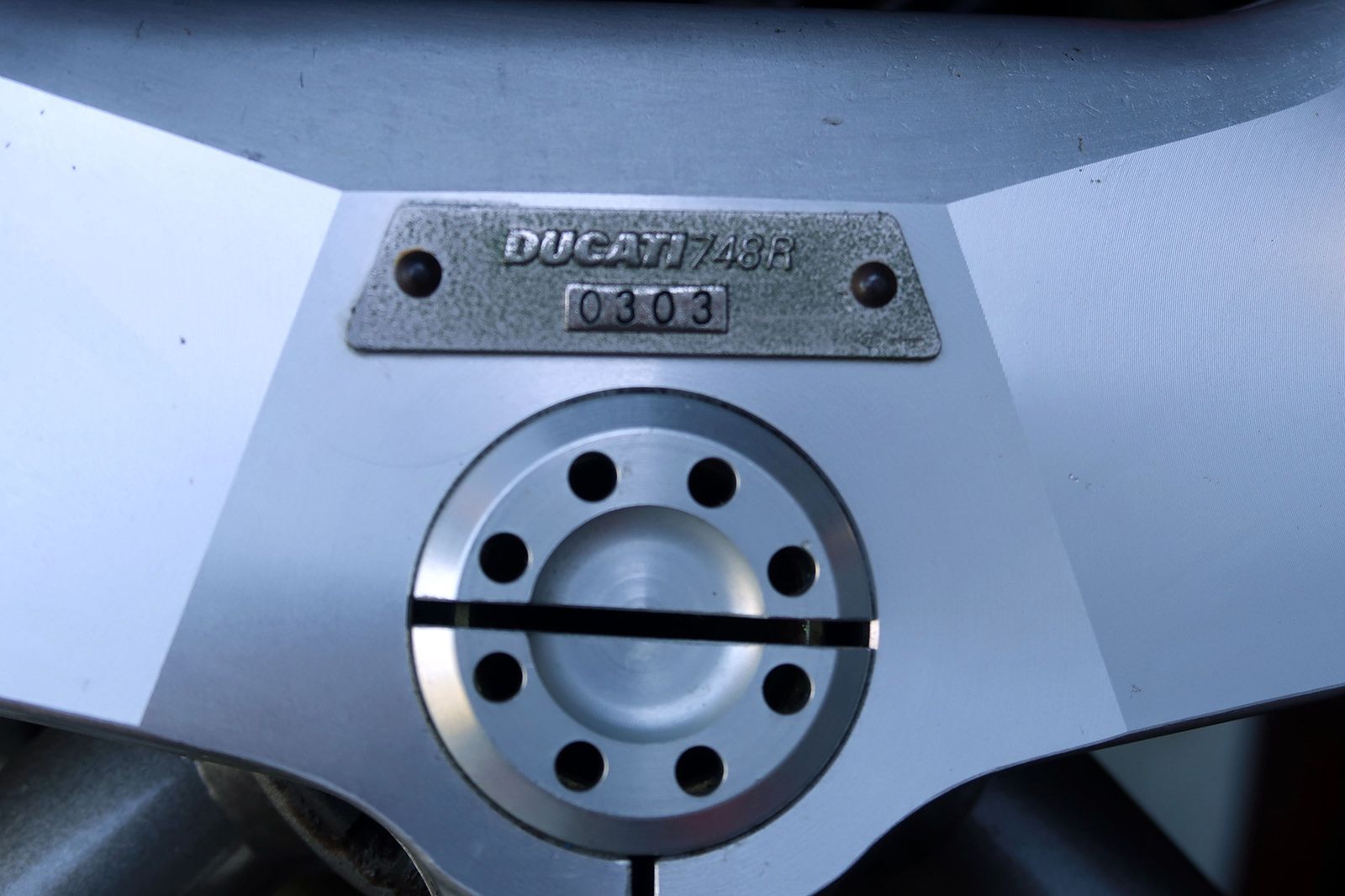 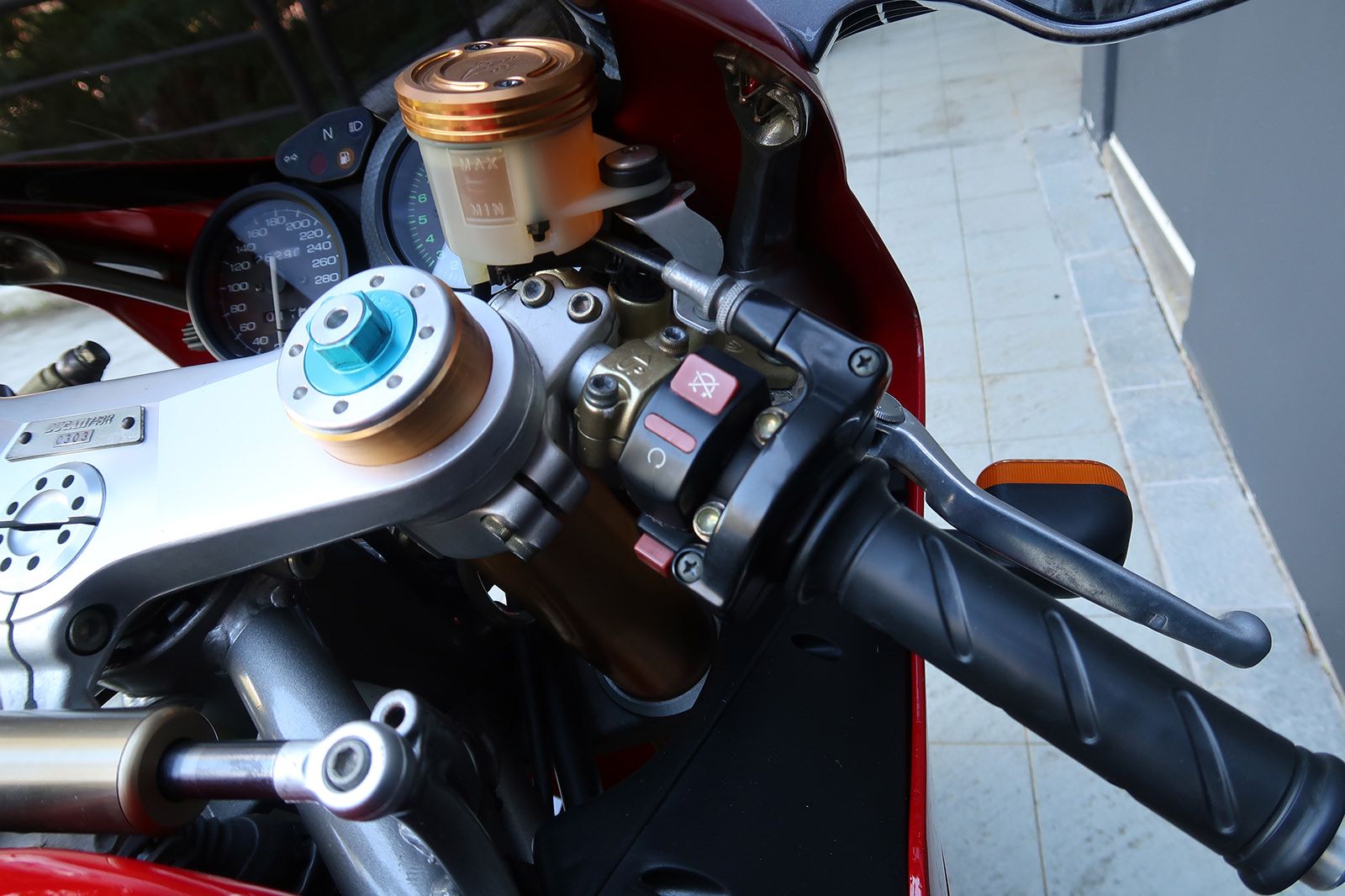 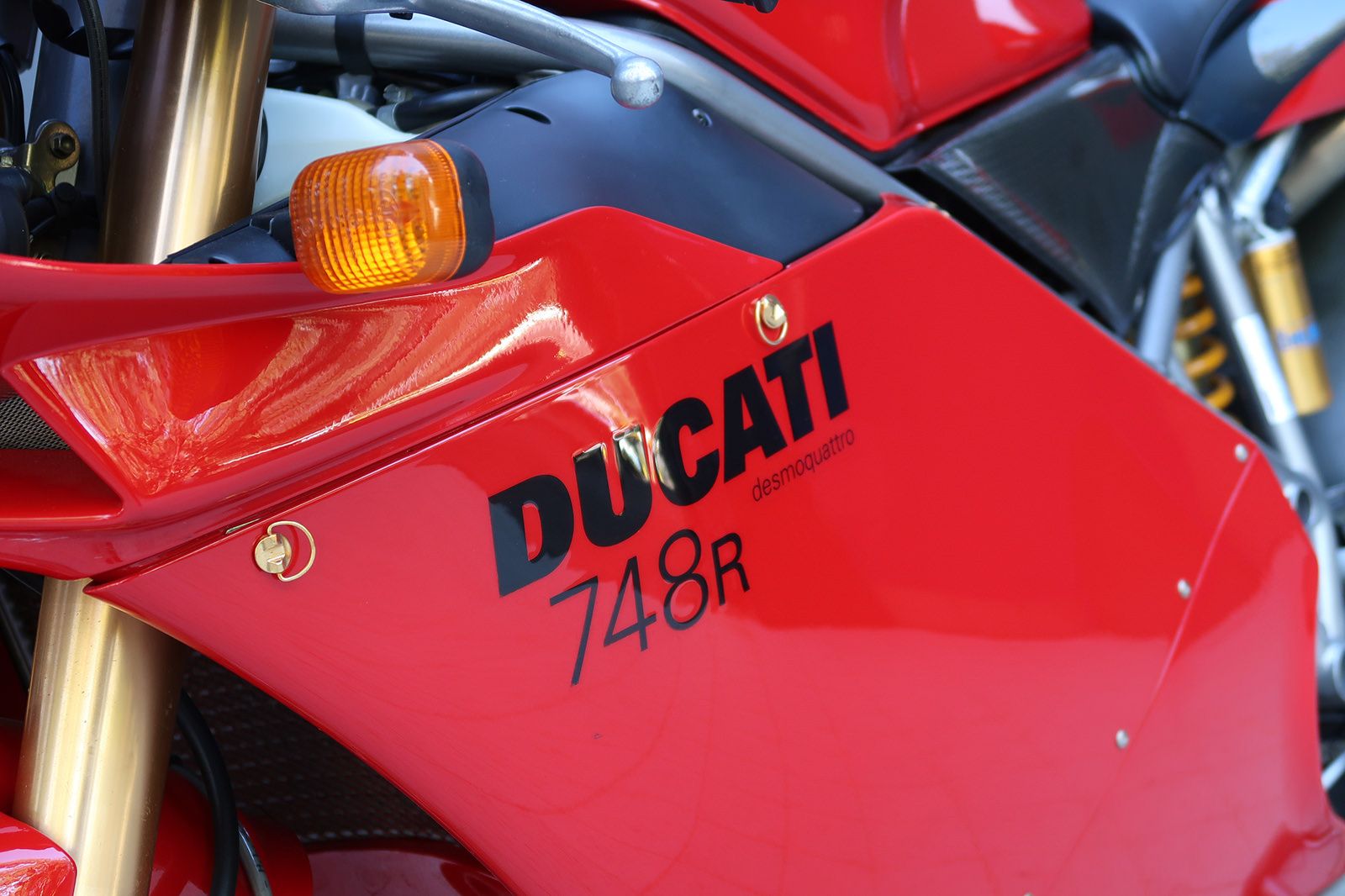 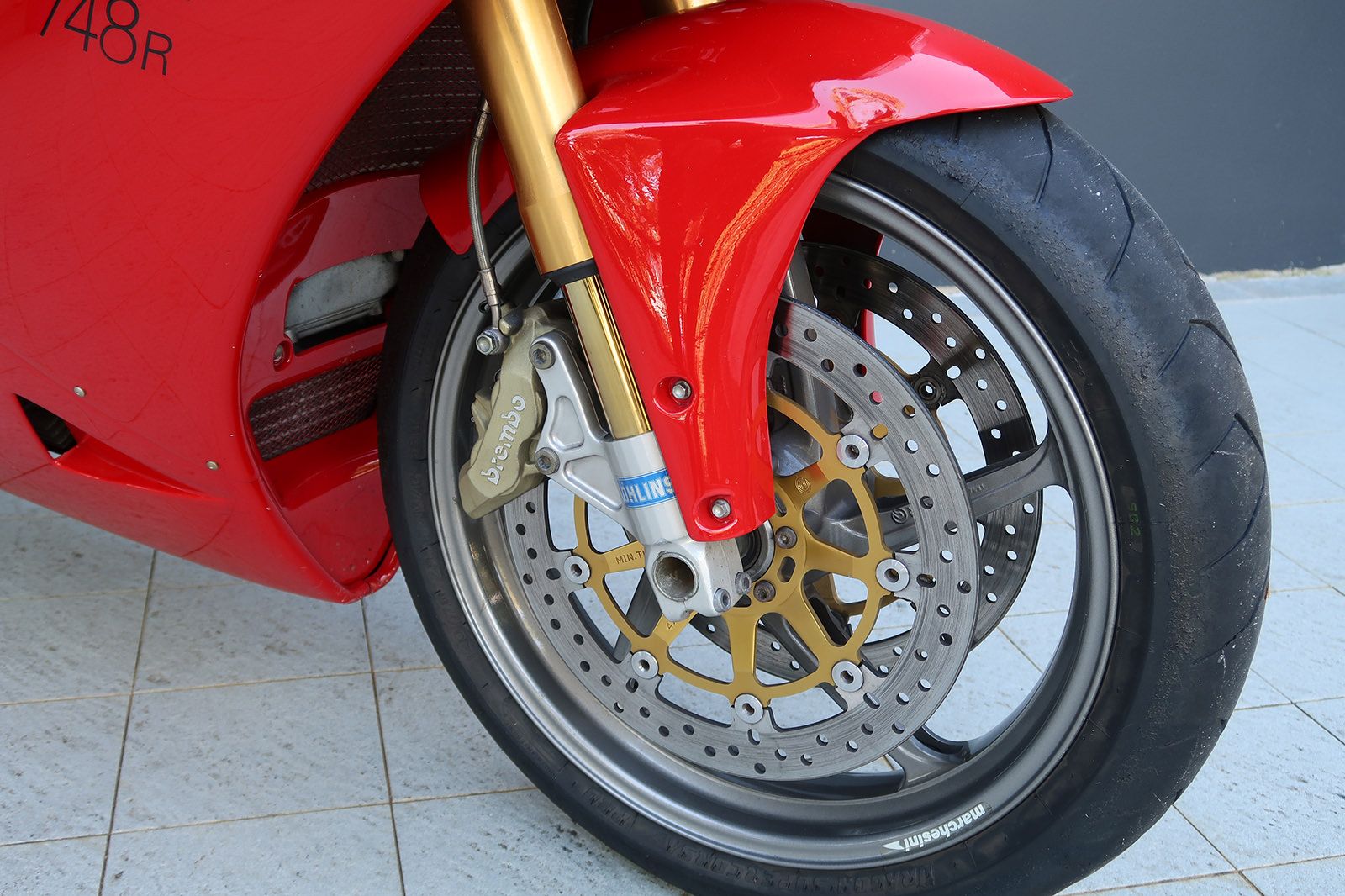 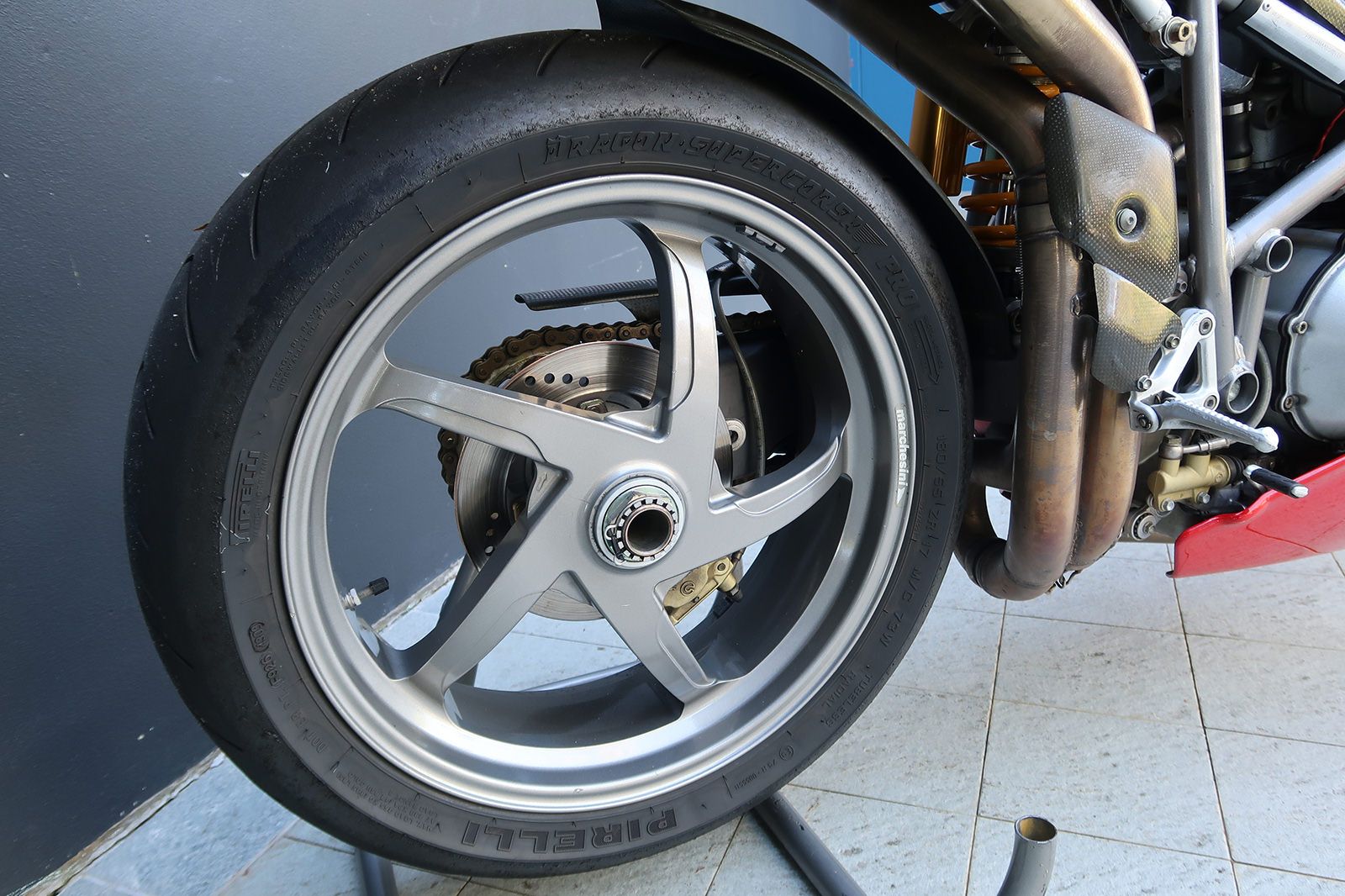 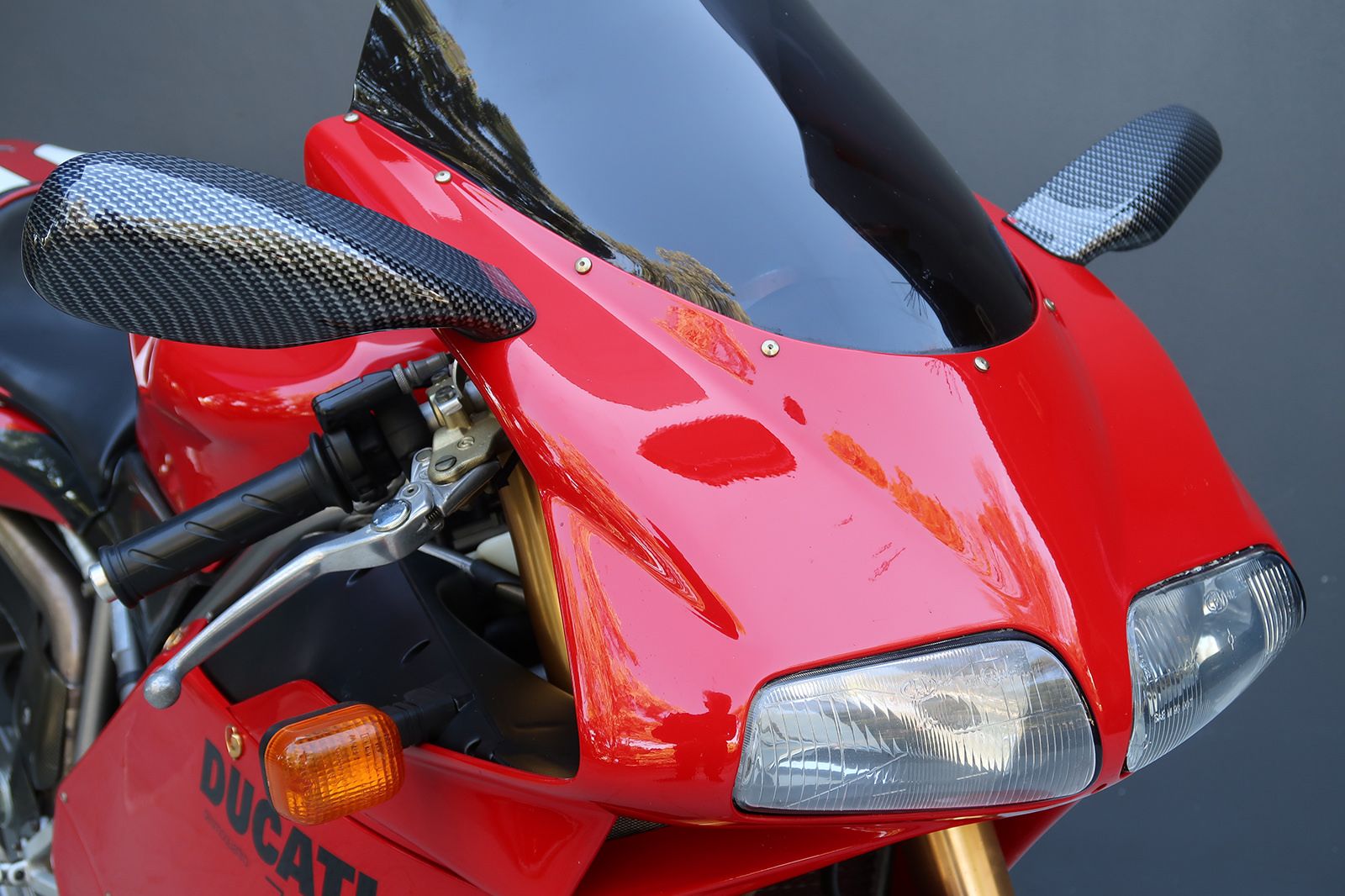 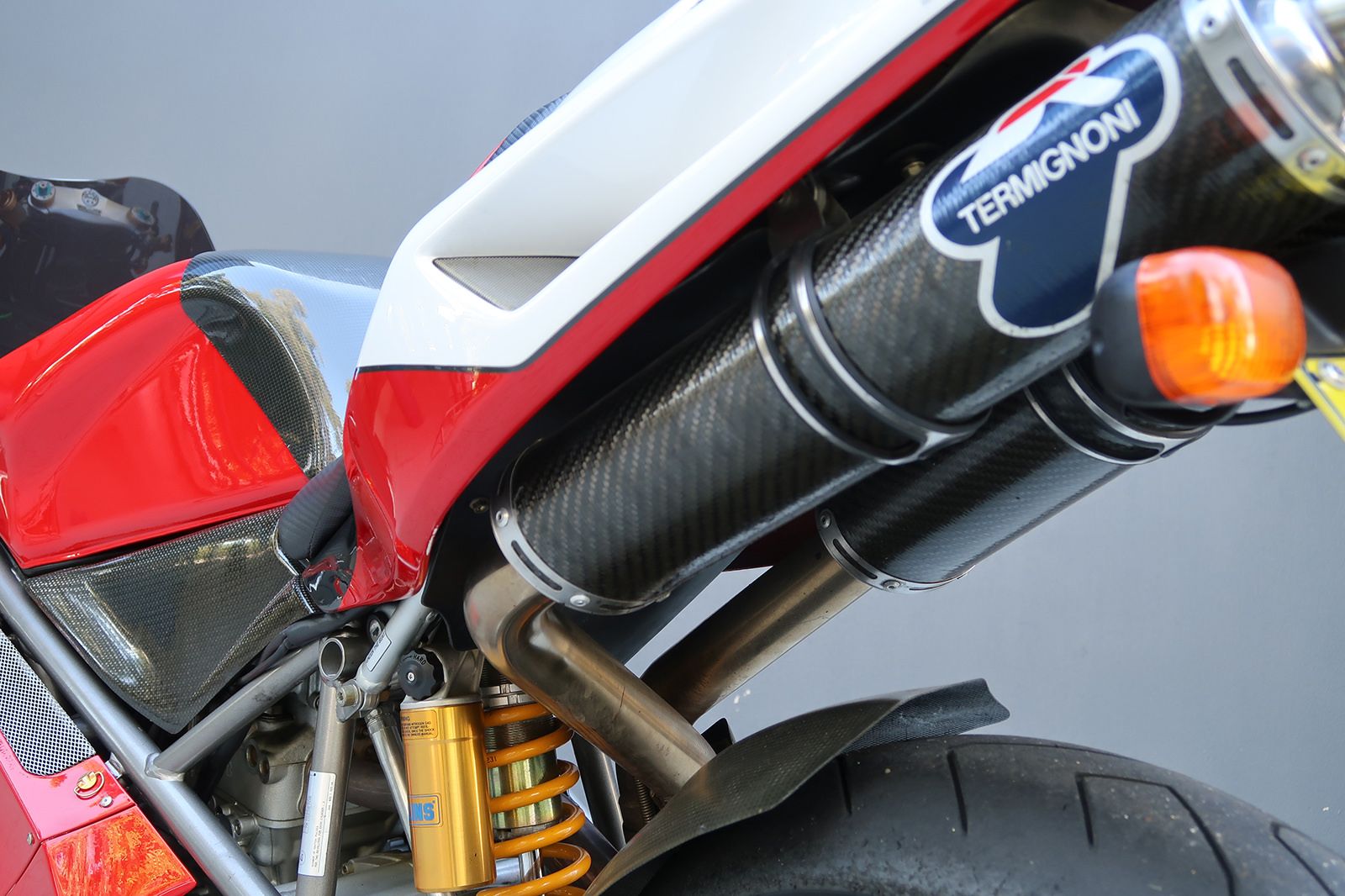 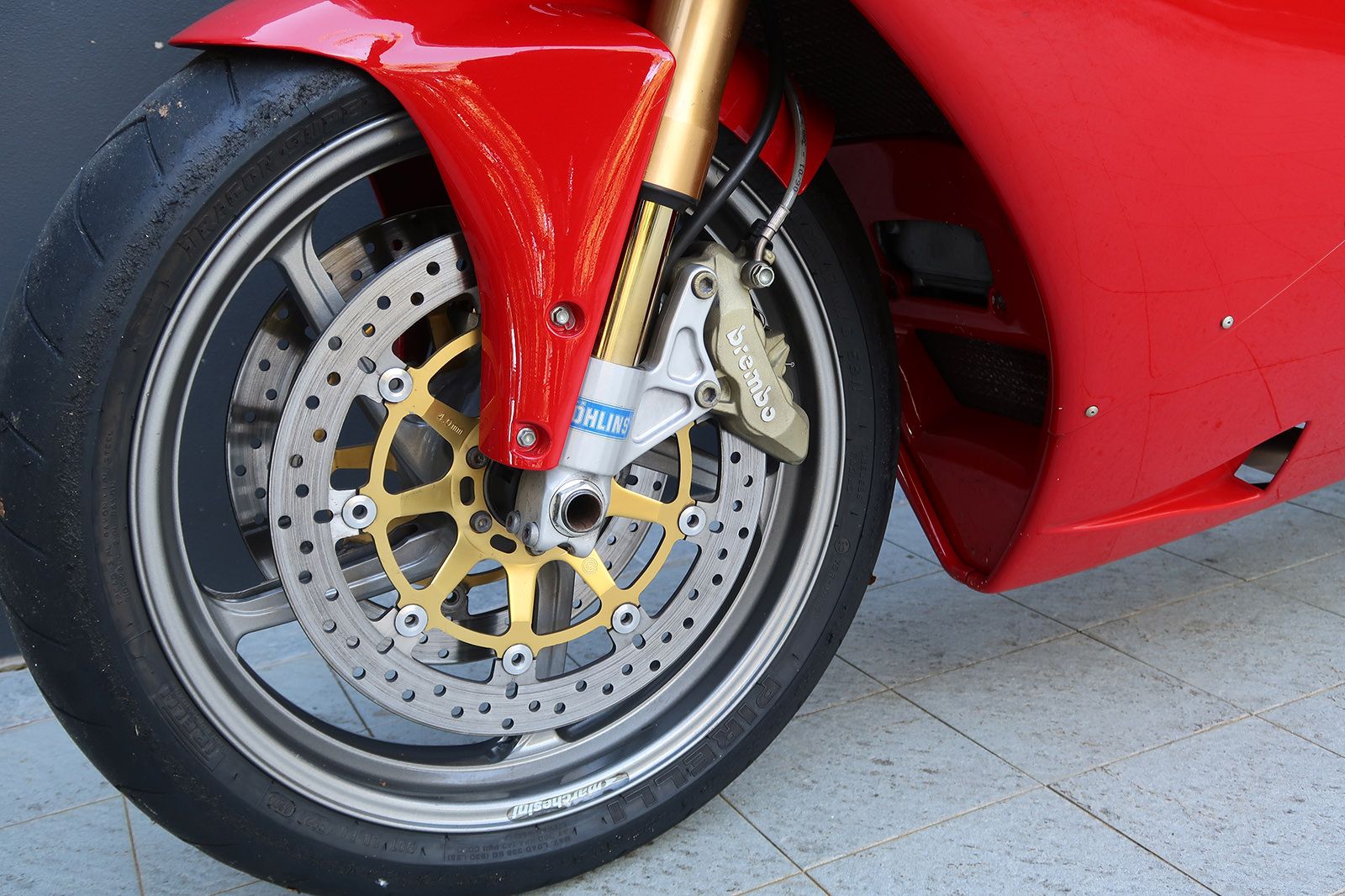