2817 people have viewed this lot

Following the takeover of Bentley Motors by Rolls-Royce in 1931, the first new model built at Derby was announced just two years later; nicknamed “The Silent Sports Car”, the 3 ½-litre model is widely acknowledged as one of the finest cars made in Britain before the war.  Designed around a “double dropped” ladder frame chassis with semi-elliptic springs front and rear, the new Bentley was powered by an in-line six-cylinder engine with overhead pushrod-operated valves.  The cylinder block and head were cast iron while the crankcase, sump and clutch housing were all aluminium.  Twin horizontal SU carburettors and a 6.5:1 compression ratio resulted in an output of 114 horsepower at 4500rpm, while the gearbox was a four-speed unit with synchromesh on third and top.  The 3 ½-litre Bentley proved a favourite with British coachbuilders, the vast majority bodied by Park Ward but all the leading designers of the day contributed exceptionally attractive bespoke bodywork for wealthy clientele, including Vanden Plas, H J Mulliner, Hooper, Barker, Freestone & Webb, Gurney Nutting and James Young.  Bentley updated the 3 ½-litre to become the 4 ¼-litre in early 1936, the new engine’s bore was raised to 88.5mm while the stroke remained 114mm, raising power output to 125 horsepower and lifting top speed from 90mph to 96mph.  Other improvements including revised main and big end bearings, the compression ratio raised to 6.8:1, bigger valves and larger carburettors for better breathing.  Other changes included the switch to a Borg & Beck clutch and the additional of an air-cooled dynamo.  The final batch of just over 200 cars, the so-called ‘MR’ and ‘MX’ chassis, featured a completely redesigned overdrive gearbox, allowing for more relaxed cruising in top gear (the 3.64:1 ratio equated to 26mph per 1000rpm).  Other improvements included a Marles cam and roller steering box, a stronger back axle and 17-inch wheels with 6.50 section tyres in place of the earlier 18-inch and 5.50 combination.  A new instrument panel saw an electric clock, better lighting and repositioned dials.  Of the 1,234 4 ¼-litre Bentleys produced, James Young were responsible for clothing just 35, of which just ten were built on the ‘overdrive’ chassis. 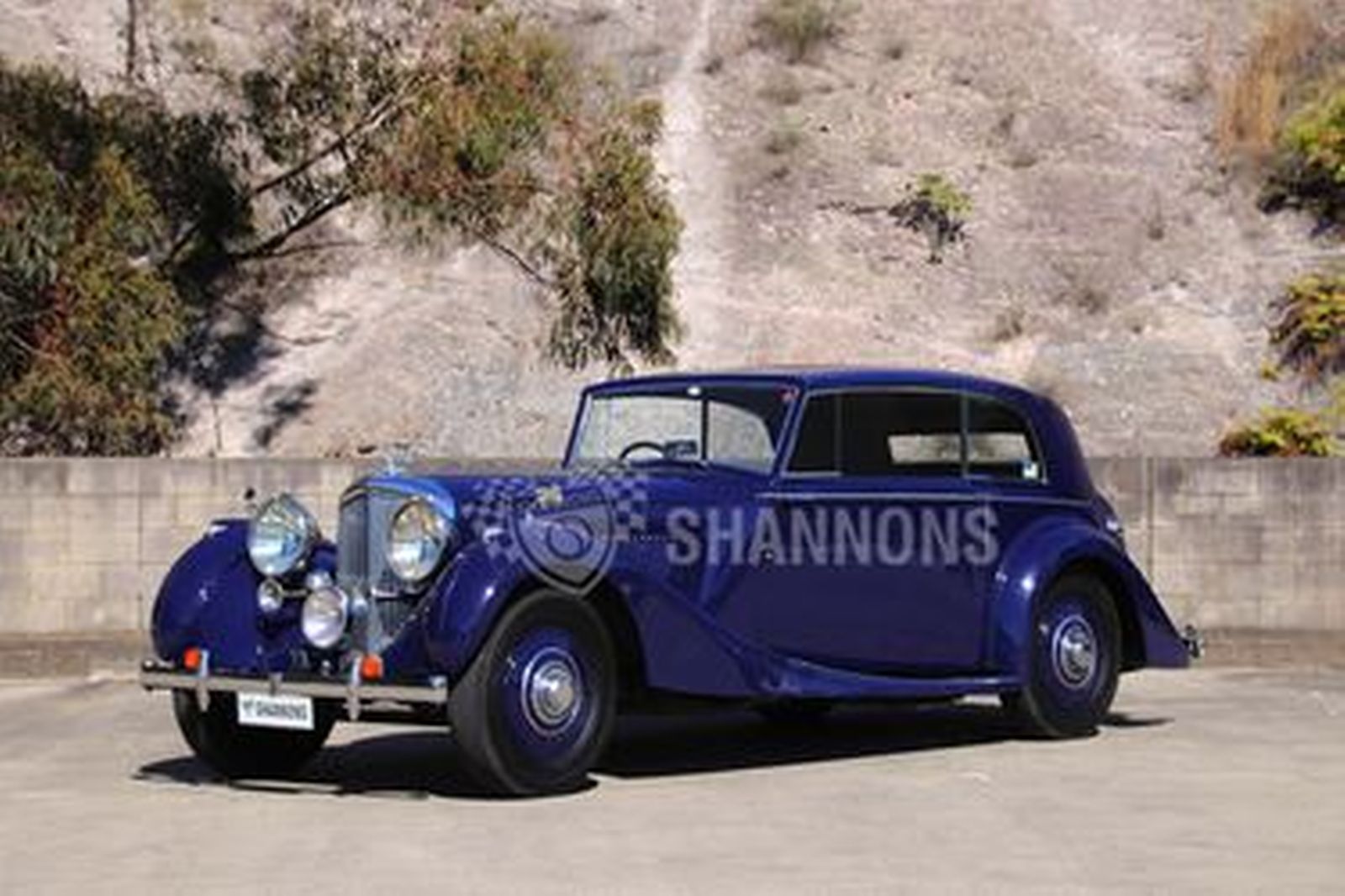