4729 people have viewed this lot

When Chevrolet unveiled the Corvette in 1953, Ford was already well under way developing its retort, launching the stylish new Thunderbird at the Detroit Auto Show in February 1954.  Less overtly sporty, the Thunderbird was more a personal luxury car, the two-seat roadster offering a good deal more equipment with niceties like power windows, steering and brakes and even a four-way seat.  Compact in dimensions with crisp, clean lines, the Thunderbird was powered by Ford’s all-new Y-block V8 engine and came with the choice of a three-speed manual, overdrive or automatic transmission.  Manual cars had an 8.1:1 compression version of the 292-cid V8 with a Holley downdraught carburettor, developing 193 hp at 4400 rpm, while those T-bird’s equipped with the Ford-O-Matic transmission were given a higher compression (8.5:1) engine rated at 198 hp to overcome the power loss.  Ford made a big effort to dress up the engine bay of the Thunderbird, with plenty of chrome on the trademark domed air cleaner and cast aluminium rocker covers.  All Thunderbirds came with a removable fibreglass top featuring the distinctive porthole side windows, with a folding rayon hood optional.  Although the T-bird’s high price of $2,944 meant it was always going to appeal to a small but well-heeled group of buyers, the new Ford handily outsold the Corvette in 1955 (16,155 units versus just 700) and it was only the introduction of a V8 version that saved the latter from extinction.  Having made only minor changes in 1956, Ford decided to revamp the Thunderbird for 1957, with the spare relocated inside the trunk for better handling and the tail completely restyled with prominent wings.  The interior also came in for revision, with the instrument cluster lifted from the ’56 full-size model range and an engine-turned dash panel.  Production of the T-Bird rose in 1957, with 21,380 examples made, and it remains one of the most instantly recognisable – not to mention collectible – American cars of the 1950s. 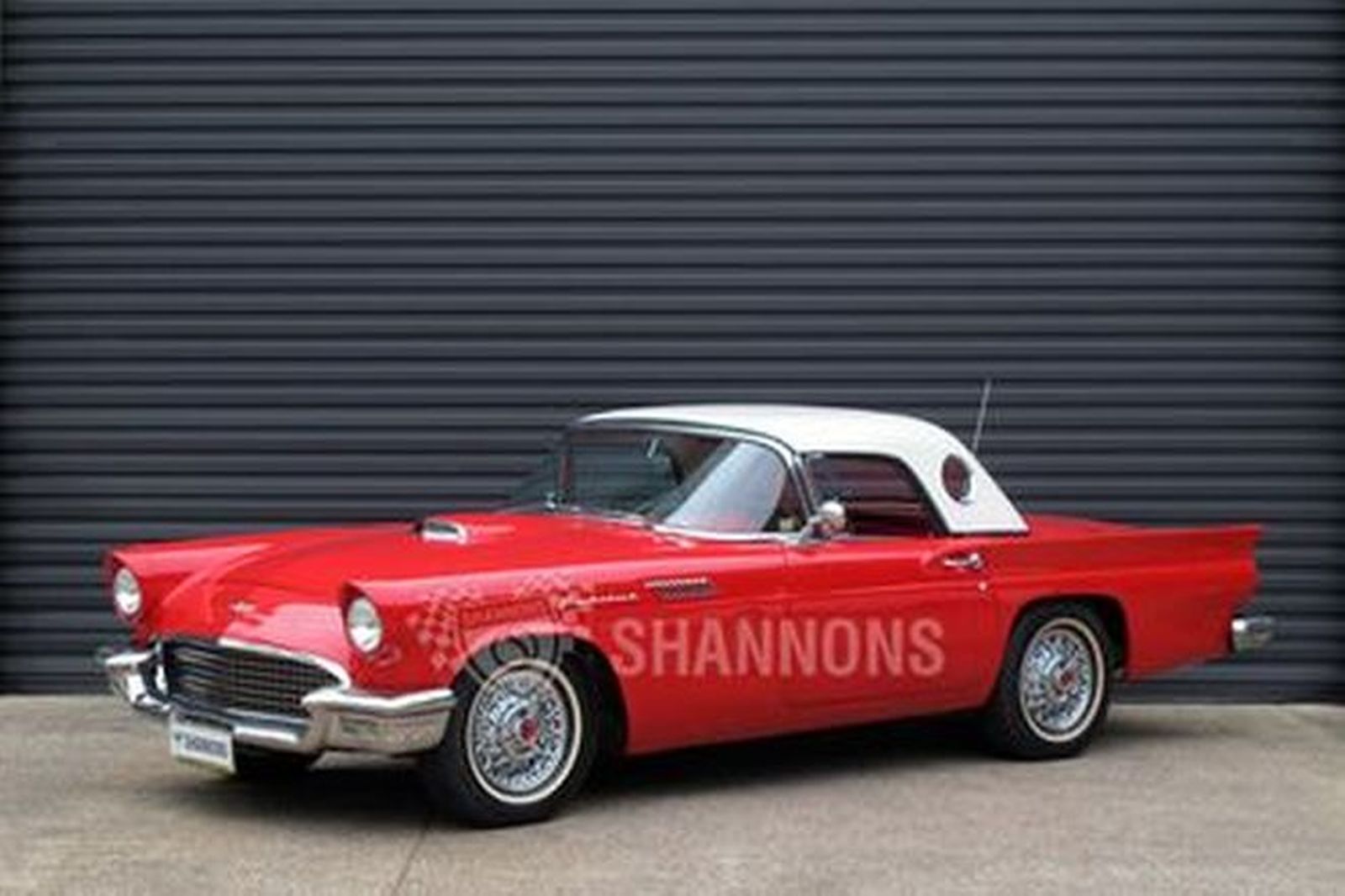 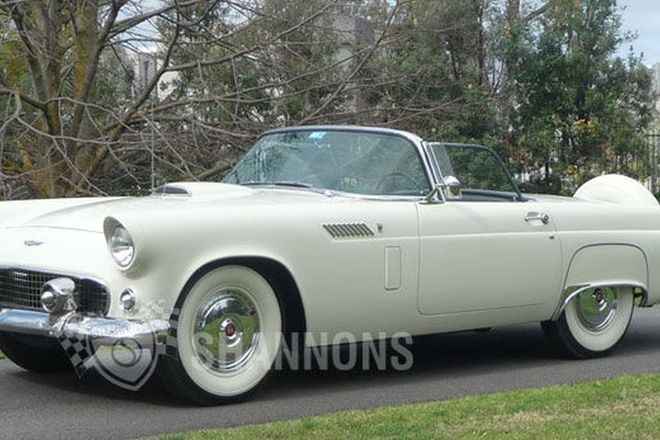 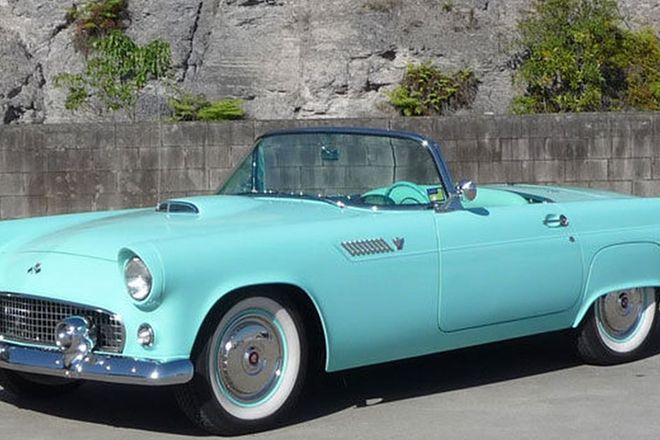 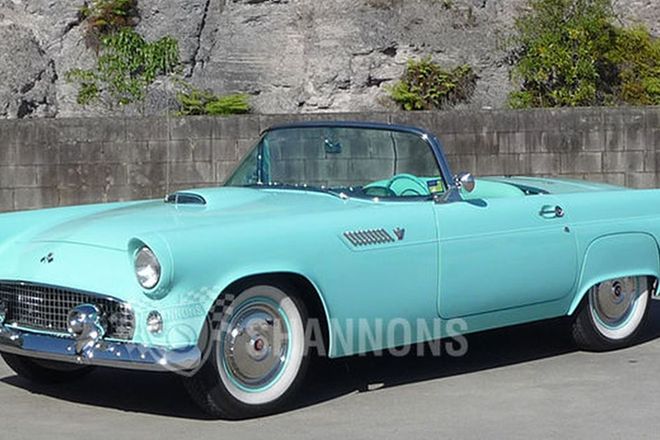 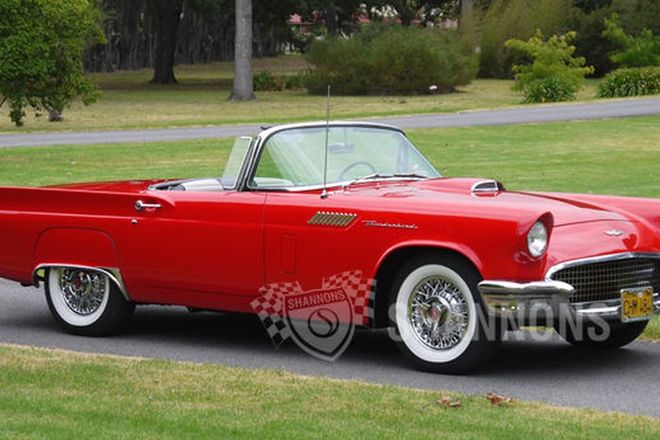