2596 people have viewed this lot

Ford’s 1964 model range can be broken down into the compact Falcon, intermediate Fairlane and full-size Galaxie, which sat alongside the personal luxury Thunderbird at the top of the range.  Restyled with sharper lines and largely devoid of excessive ornamentation, the 1964 Galaxie range consisted of the 500 and 500 XL, the latter only sold with V8 power and additional luxury features including bucket seats, a floor-mounted transmission, polished door trim panels, additional lights and badging.  The standard power unit was the classic small-block 289-cid V8 as found in the Cobra (albeit detuned to 195 horses!) through the optional 352-cid, 390-cid and 427-cid big blocks, although few were equipped with the latter.  Ford offered the Galaxie 500 XL in a choice of three body styles, including four-door Town Victoria, a two-door Club Victoria (with semi-fastback styling) and convertible variants.  Of the total number of Galaxie 500 XLs built in 1964, the vast majority (58,306) featured the sleek two-door hardtop styling found on the car offered here.  1964 as also the final year of fully imported Galaxies in Australia, with 1965 being the first year of local assembly at the Homebush factory in New South Wales.  As ever, the Galaxie proved popular with business leaders, politicians and farmers in Australia for whom a big, powerful American car carried a certain status.  With the muscle car craze just over the horizon and high performance becoming all the rage in Detroit, Ford used the Galaxie to good effect both in NASCAR and on the dragstrip, offering a stripped out R-Code 427-cid lightweight version pumping out 425 horsepower, good enough for a quarter-mile time of under 15 seconds and 0-60 mph in a little over six.  Even this wasn’t enough to win on the track and Ford’s engineers experimented with a more powerful overhead cammer version of the same engine.  Meanwhile Galaxies were beginning to have an impact on the local motor racing scene, the ex-Sir Gawaine Baillie car arriving in Australia to compete in the 1964 and 1965 Australian Touring Car Championships with Lex Davison and John Raeburn. 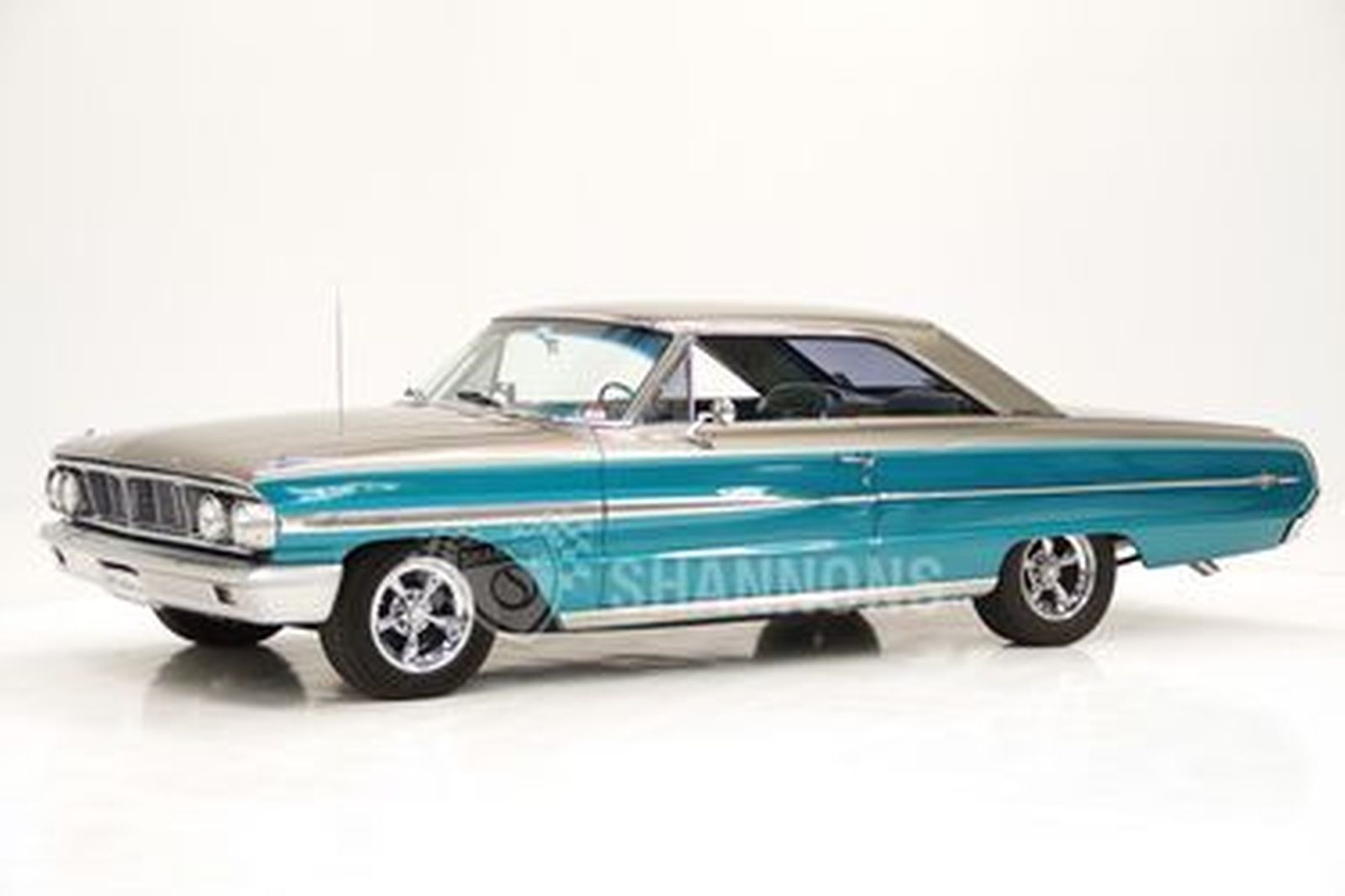