2399 people have viewed this lot

The Impala badge dates back to 1958, when Chevrolet used the name to denote the hardtop coupe and convertible versions of the Bel Air series but the following year it became a separate model line, representing the top-of-the-line full-size Chevrolets.  The third generation Impala debuted in 1961, based on GM’s full-sized B-platform and sold with a myriad of different body styles and drivetrain options.  For 1963 styling was sharper and more angular, with sculpted side panels and revised grille, bumpers and bonnet.  Alongside the regular sedan and hardtop, Chevrolet offered a hardtop coupe and convertible, plus the station wagon and all Impalas were distinguished from lesser models by stainless steel lower modlings, satin finish rear cove, triple tail light units and special badges.  The Impala’s interior naturally featured the most standard equipment of any model in the line-up, including special patterned cloth/leather grained vinyl upholsteryand special door trims, thicker seat foam cushioning, padded arm rests and boot mats.  A new “coved” instrument panel was complemented by an electric clock, Sports-style steering wheel and a glove box lamp.  Under the bonnet, the engine choices included both the 283-cid and 327-cid small-block V8s in various states of tune, along with the optional big-block 409-cid unit popularised by The Beach Boys - buyers could even order the special 427-cid under Regular Production Option (RPO) Z11, rated at 430 horsepower and suited to the drag strip more than the road.  The standard transmission was a three-speed manual, with a four-speed unit or the Powerglide auto both optional, while other mechanical features included “Self-adjusting safety master” brakes, Delcotron generators and stainless steel mufflers.  Although no breakdown of production by body style was ever made public by GM, it’s safe to assume relatively few convertibles were built and they remain the most collectible variant of the 1963 Impala today, sought-after by enthusiast both in the US and here in Australia. 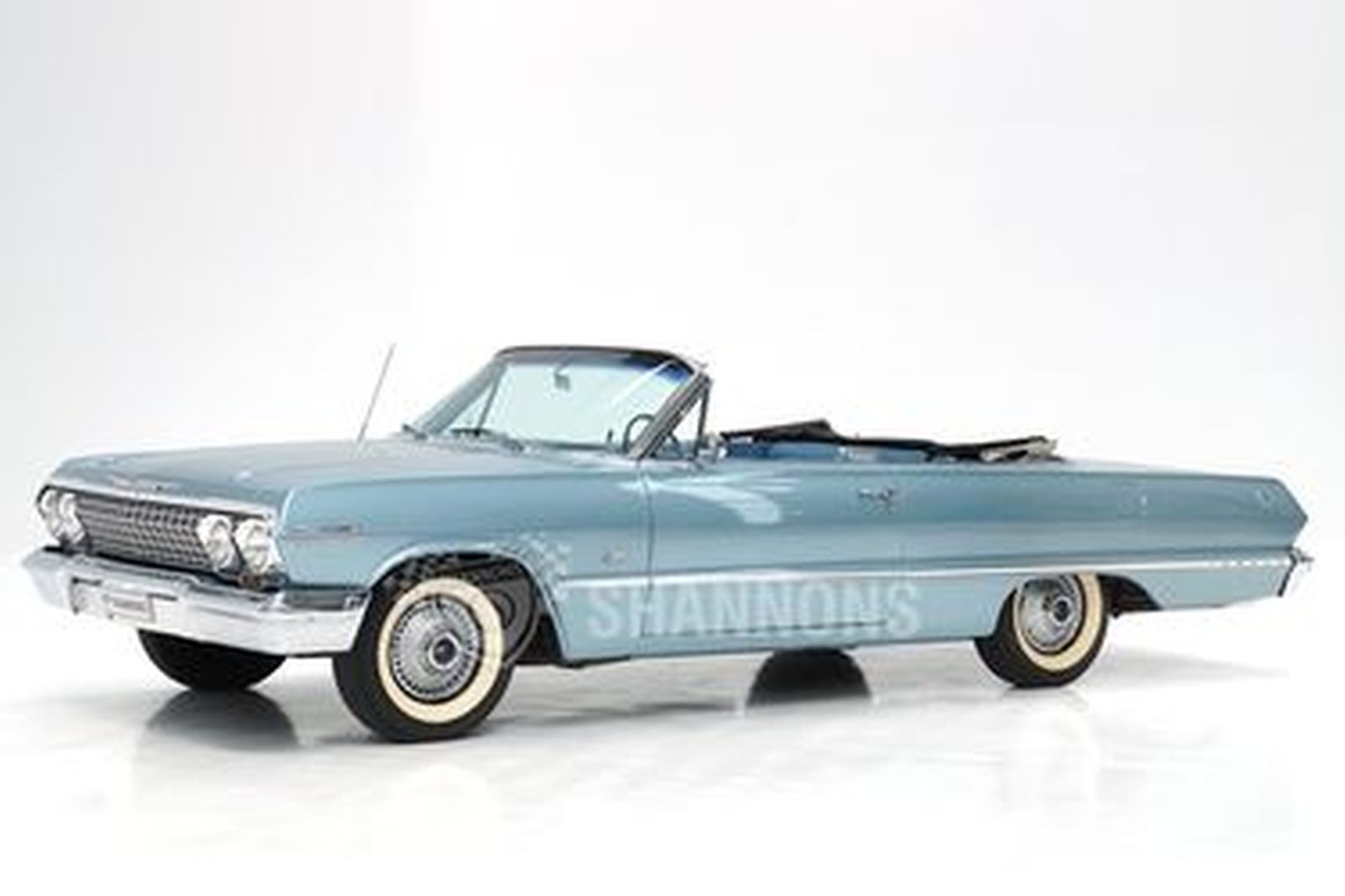