6250 people have viewed this lot

This lot is no longer available
The last traditional air-cooled 911, codenamed the 993, was unveiled by Porsche at the 1993 Frankfurt International Motor Show, becoming the most radical update of the iconic model since its launch almost 30 years earlier.  The 993’s shape saw a cohesive and nicely resolved softening and updating of the 911’s lines, with new ellipsoidal headlamps mounted in flatter, wider front wings, new tail light treatment, while the ‘Whale Tail’ gave way to an electrically operated spoiler that integrated with the rear body when not in use.  Initially sold in coupe form only, the 993 range expanded to include both cabriolet and targa variants. Under the skin, the latest 911 featured a completely reworked version of the venerable flat six, still displacing 3.6-litres but with a stiffer crankshaft, lighter connecting rods and pistons, bigger valves and rocker arms, eliminating vibration problems found in its predecessor, the 964.  A new six-speed manual transmission and Tiptronic four-speed auto, revised front and multi-link rear suspension, Bosch’s latest ABS and the option of an active brake differential (ABD) were other key new technologies employed.  The interior also came in for some revision, with new seats, door trims and switchgear. The Cabriolet, introduced simultaneously alongside the coupé in April 1994 for the 1995 model year, featured a fully electrical and hand-stitched soft-top reinforced with metal sheets and an automatic wind-blocker. On the rear of the Cabriolet a small spoiler was mounted with the third braking light. The 993 Cabriolet was slightly heavier than the coupé variant and has a curb weight of 1,420 kg (3,131 lb). On average, a high percentage of the total Cabriolets produced ended up in the US so locally-delivered Australian cars rarely come up for sale. 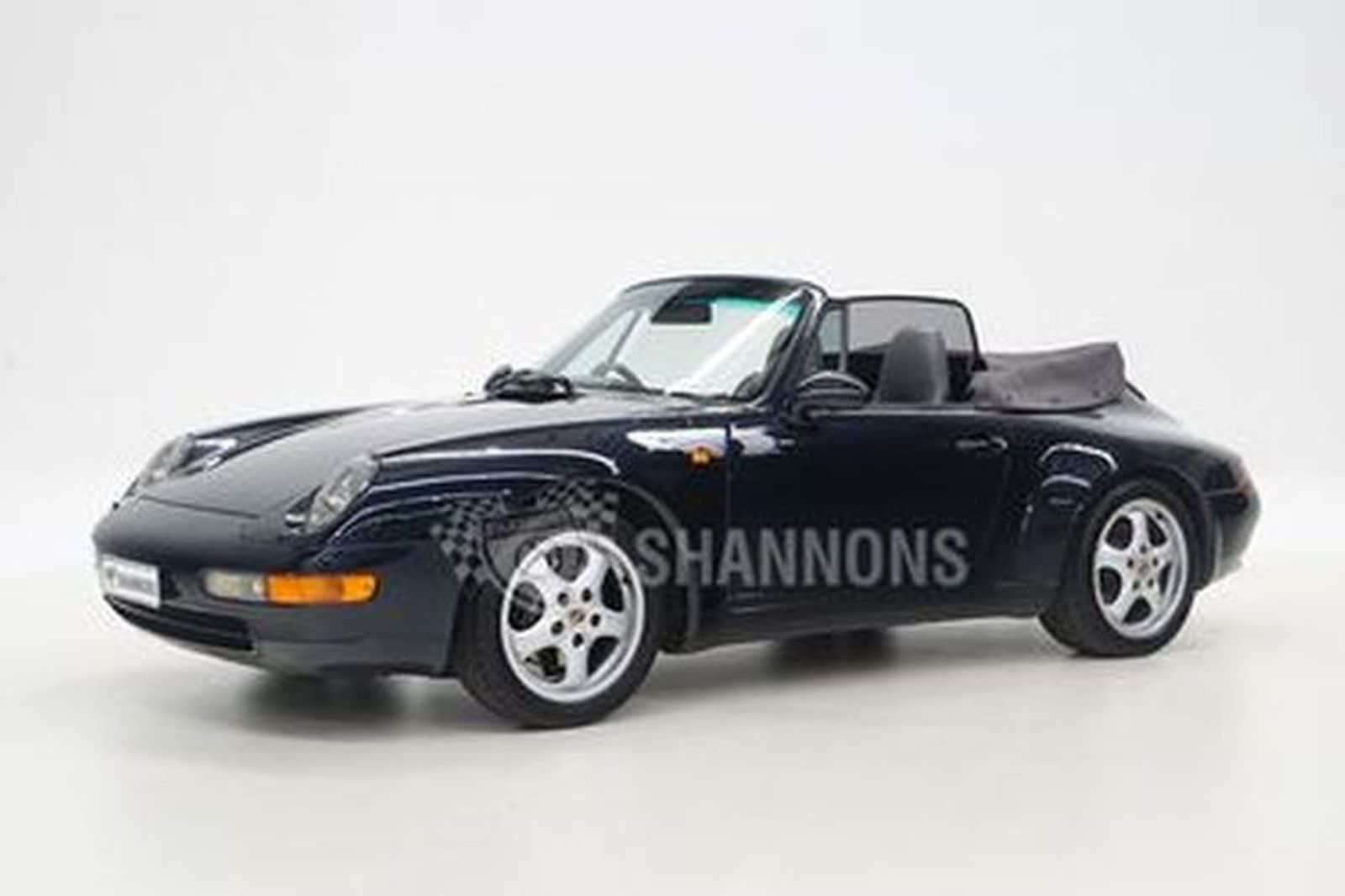