This lot is no longer available
Ford released a new range of Falcons and Fairmonts in mid-1969, featuring revised styling with new front and rear sheet metal, a recessed rear window and a revamped interior. Codenamed XW, the new model line-up was expanded by the return of the Futura, which sat between the basic Falcon and Falcon 500 models and the top of the range Fairmont. Ford continued with the smaller sixes but buyers seeking more go could option the 302ci V8, while the ‘hero’ GT offered near race car performance thanks to the potent 351ci Windsor V8. The XW range brought with it a host of improvements across the board, including a new dashboard with collapsible steering column and the Fairmont and GT models were equipped with Kelsey-Hayes “Turbo-Cooled” front disc brakes. Two sixes were available, including the 3.1-litre (188ci) and larger 3.6-litre (221ci) units, with a three-speed manual gearbox standard (four-speed manual and automatic transmissions were both optional). The XW’s interior was a big step forward, with a new jet aircraft inspired dash featuring deeply recessed instruments and bucket seats optional across the range (both standard on Fairmont and GT models). For buyers wanting the GT look on a budget, Ford introduced the GS pack, featuring special rally stripes and chromed wheel covers and a list of interior enhancements that included a GT-style three-spoke steering wheel and dash, along with the option of bucket seats, centre console, power steering, air conditioning and tinted glass. Although the GS was a cosmetic upgrade only, buyers could also specify the 302ci V8, four-speed transmission, power disc brakes and wide-oval radial tyres to beef up performance. Drawing inspiration from contemporary Mustangs, XW’s squared-off, more aggressive styling is arguably the toughest of the XR-XY series Fords and the model, in all its many guises, remains popular with collectors today. 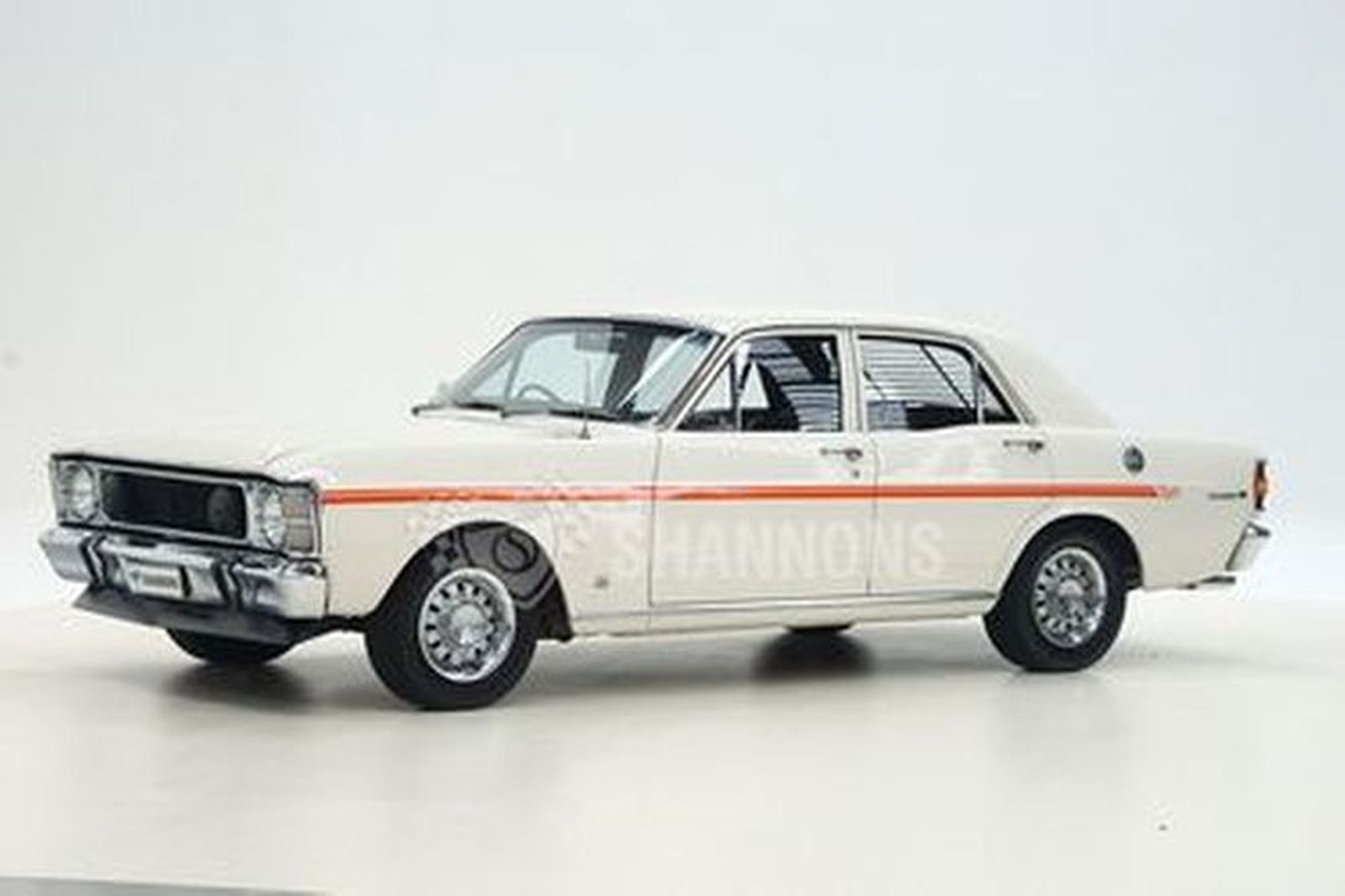