3665 people have viewed this lot

Jaguar’s E-type was launched at the Geneva Motor Show in 1961 and remains one of the most iconic sports cars of all time, the ultimate automotive expression of the celebrated Swinging Sixties.  With sleek, aerodynamic styling derived from the Le Mans winning D-types, the new Jaguar could reach a maximum speed of 150 mph, a figure hitherto attainable only by the most expensive exotics from the likes of Ferrari and Aston Martin.  Indeed, the E-type was priced well below its contemporary rivals, putting supercar performance and sexy looks within reach of many enthusiasts.  The new Jaguar was more than just a beautiful show car, combining the best race car practice with the latest technology, including monocoque construction, Dunlop disc brakes all round, independent rear suspension and excellent rack and pinion steering.  Right from the outset the E-type proved itself capable of mixing it with the best in competition, with Graham Hill taking a maiden victory at Oulton Park in April 1961, but the factory left it to privateers to develop the car and as a result it would ultimately struggle against Ferrari’s new GTO and the mighty Cobras.  The earliest E-types were powered by Jaguar’s sublime 3.8-litre straight six, pushing out 265 bhp, allied to the often maligned four-speed Moss box, situation resolved with the adoption of an all-synchromesh gearbox in 1964.  At the same time the engine was expanded to 4.2-litres and although the power output remained unchanged, the new motor developed considerably more torque, making the E-type more flexible and easier to drive.  Other changes to the 4.2 model included improvements to the interior, stronger brakes and better electrics, along with the option of automatic transmission and a 2+2 model alongside the classic coupe and roadster.  In October 1968 Jaguar announced a further revamp for the E-type, the so-called Series 2 models distinguished by minor styling modifications to the nose, new tail light clusters and a new dashboard with rocker switches in place of the toggles to meet new US Federal safety regulations.  Twin fans were adopted as standard equipment to cope with the demands of the newly optional air conditioning, while power steering and bolt-on chrome wires were also available at additional cost.  The E-type proved irresistible to all who saw it, from pop stars to racing drivers, and remains as desirable today as it did when new.  Ownership of an E-type, particularly the desirable six-cylinder version, is a hugely rewarding experience and a well-sorted example such as the car on offer will prove a sound investment on every level.

Please note the history has been amended with additional information;

Supplied with a Jaguar Heritage Certificate, this fabulous E-type is very early Series 2 2+2 Coupe completed on October 1, 1968, the 68th built in left-hand drive configuration.  Leaving the factory in dark blue with matching upholstery, the car was equipped with automatic transmission and destined for the American market.  The previous Australian owner, a Jaguar enthusiast and highly skilled engineer based in Canberra, imported the car from New York in 1989 (reportedly in very original condition with only 42,022 miles on the clock) and the car then underwent a ground-up restoration over the next 18 years, with no expense spared.  Bodywork included a new bonnet, new inner and outer sills, floors, bulkhead panels, door skins, boot floor and rear quarter panels while the engine subframes were sent to a respected Jaguar specialist in Sydney to be crack-tested and expertly repaired as necessary.  The engine block was crack tested and the motor rebuilt then balanced with a harmonic balancer supplied by V & A Spiteri, new triple 2-inch SU carburettors replacing the original twin Stromberg set-up.  The owner also elected to replace the automatic transmission with a full synchromesh manual Jaguar gearbox with overdrive and the steering converted to right-hand drive using a genuine E-type RHD steering rack, all work being fully engineered.  The brakes and suspension were completely overhauled, a new wiring loom fitted, along with electronic ignition and air conditioning.  During the restoration the ID plate was re-manufactured but the original plate comes with the car.  The current owners, long-time Jaguar enthusiasts from the NSW Southern Highlands with a small stable of E-types, all in outstanding condition, added the 2+2 to their collection five years ago and have continued to improve the car, with marque specialist Graeme Lord responsible for maintaining all their cars to the highest level.  Recent work carried out includes a full rear end and differential rebuild by Jaguar specialists V & A Spiteri who are available to discuss details.  Notable features include Dayton wire-spoked wheels (including the spare), remote immobiliser, built-in charger plug and Moto-Lita wood-rim steering wheel.  Accompanying the Jaguar are two lever-arch folders documenting the car’s history, restoration (with a huge receipt file and CD-Rom/photo documentation) plus an original handbook and spare parts catalogue.  Currently registered on non-transferable historic registration in NSW, the car will therefore be sold unregistered and comes with a tool bag containing the jack and hammer. 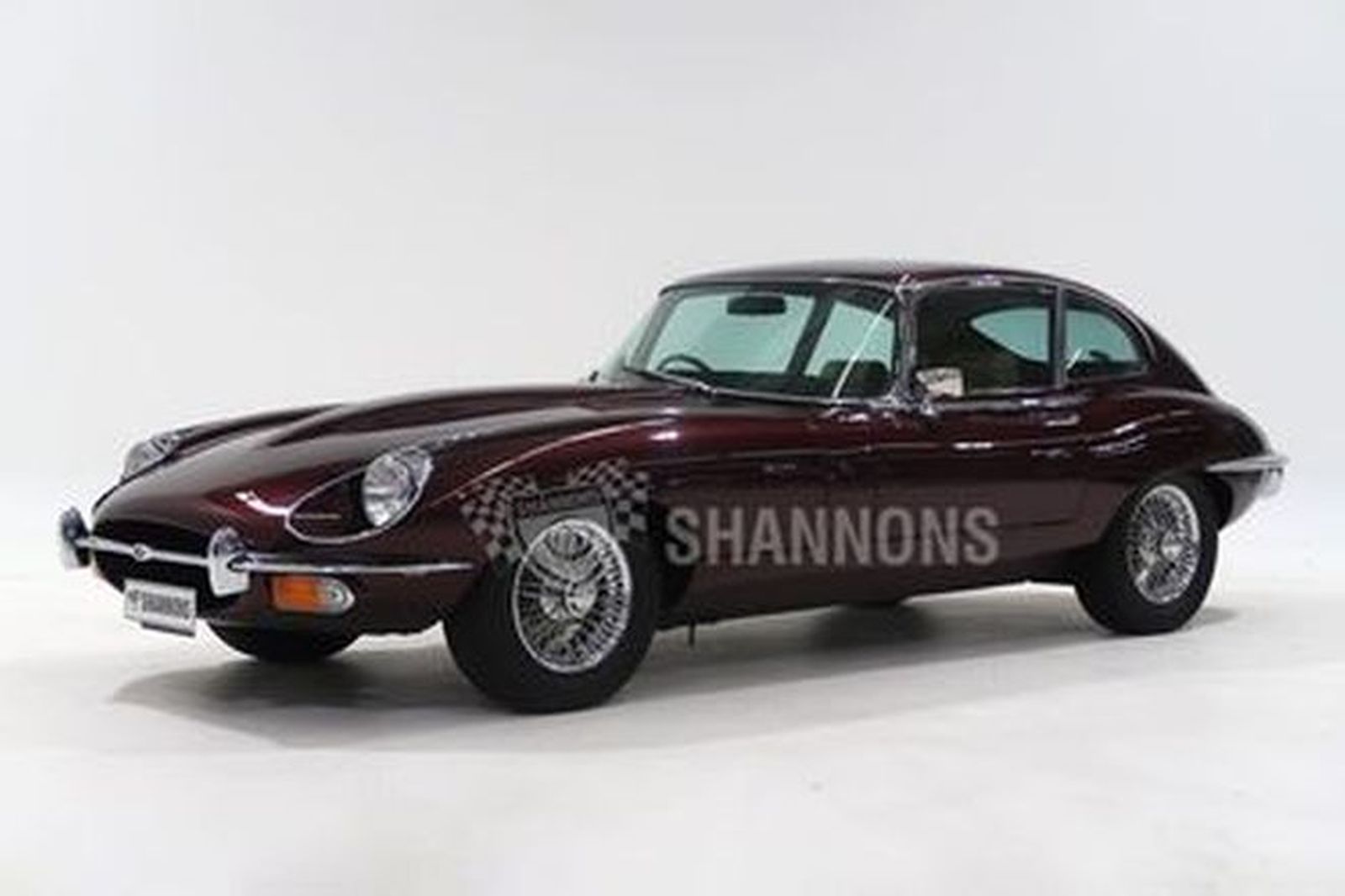 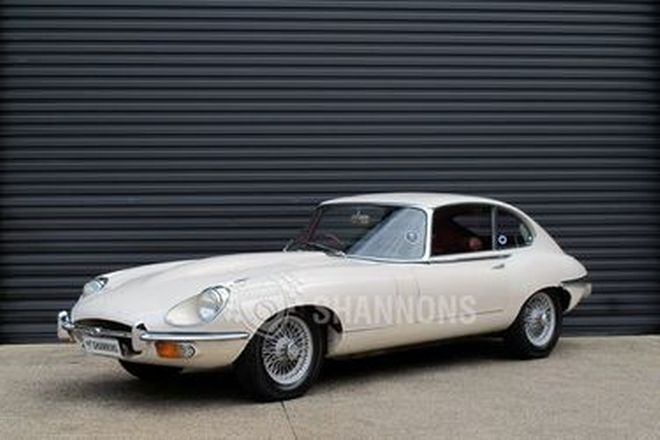 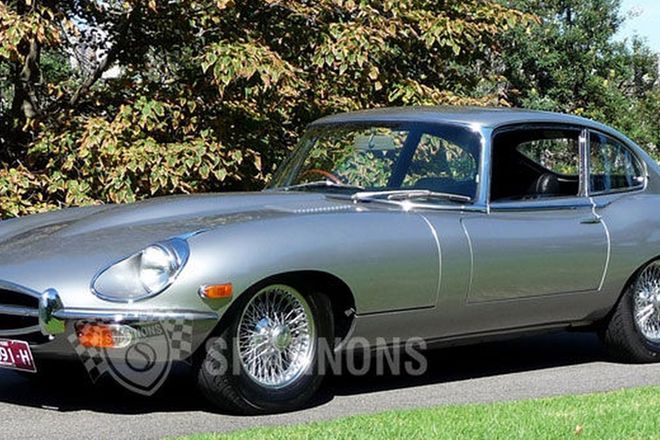