8610 people have viewed this lot

This lot is no longer available
The first major update for the venerable XJ40 platform came in September 1994, with the arrival of the latest range of XJ sedans, code-named X300. The most noticeable change was a softening of the XJ40’s unpopular and very dated boxy lines but the improvements were more than just skin deep, with an updated range of engines, new engine management systems and improved build quality. Designed by Geoff Lawson and his team, the X300’s elegant lines saw a return to Jaguar’s traditional curves, with four separate round headlamps, fluted bonnet, neatly integrated body coloured bumpers, and revised tail lamp treatment combining for a modern take on the classic XJ look. Representing a major investment by Jaguar’s new owner Ford, this latest XJ series was built using state of the art technology, showcasing the future of British manufacturing. The model range consisted of the XJ6, Sovereign, Sport and Executive at first, with a choice of 3.2-litre or 4.0-litre sixes, while the XJ12 made a welcome return in 1995. Jaguar also launched a high-performance model to compete with the hottest BMWs and Mercedes-Benzes, badged the XJR (and given the unique code number X306), which became Coventry’s first ever-supercharged road car. Taking the DOHC 4.0-litre AJ16 engine, Jaguar added an Eaton M90 supercharger and Behr air-water intercooler, to boost output to a healthy 331 bhp and 512 Nm. It was fitted with unique Sports 17-inch alloy wheels shod with Pirelli P-Zero tyres, its suspension was firmer and the Getrag manual gearbox remained standard, though most were delivered with the optional four-speed automatic transmission. Other XJR changes included a body-coloured grille surround with mesh insert, bigger exhausts and special badges, plus a premium interior. Capable of reaching 0-100 km/h in under six seconds (the auto took 6.6 seconds) on its way to a restricted top speed of 248 km/h, the Big Cat was hugely expensive when new, with a list price in Australia of $175,500 and few were sold here as a result. Jaguar built just 6,547 of its first XJR model, representing just a fraction of total X300 production and these high performance British super saloons are now recognised as classics. 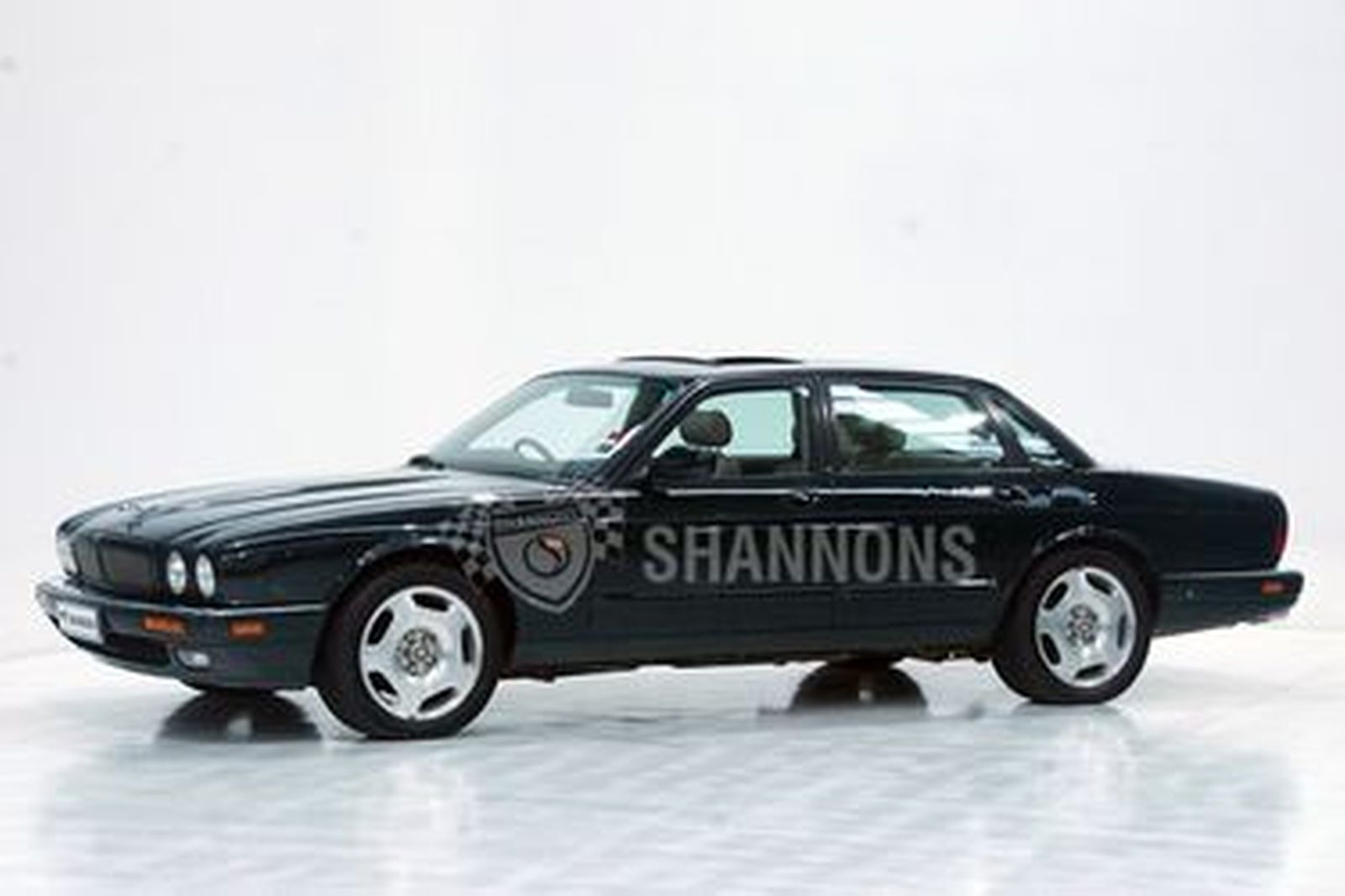