7316 people have viewed this lot

This lot is no longer available
Reviving a famous name not seen since before the War, MG introduced the Midget in 1961 as its entry-level sports car and the model proved incredibly durable, selling well over two decades alongside the bigger MGB. The original Mark I was essentially a badge-engineered version of the Austin-Healey Sprite, albeit with some unique styling touches and an A-series 948cc engine under the bonnet (later enlarged to 1098cc). The Mark II arrived in 1964, with a host of minor improvements, and this in turn became the Mark III in 1966, now with the 1275cc engine motor like that used in the Mini Cooper 'S', albeit de-tuned to 72 bhp via a reduced compression ratio of 8.8:1 so as not to outperform the more expensive MGB. Nonetheless, the Midget was a spritely performer, with a top speed in excess of 90 mph. The final version of the Midget, the Midget 1500, arrived in 1974 with the A-Series engine replaced by the 1493 cc Standard SC engine from the Triumph Spitfire, coupled to a modified Morris Marina gearbox with synchromesh on all four gears. The larger displacement enabled the Midget to better comply with increasing emission regulations and although the horsepower was similar (65 bhp), the engine produced more torque.
Most significantly, just as its larger MGB brother was, the Midget was given large black plastic bumpers front and rear (hence the sobriquet “rubbernose”) and the ride heights increased, to meet new US federal regulations. This increased ride height affected its handling, and anti-roll bars were added to counter the higher centre of gravity. Its round rear-wheel arches were now square again on this final Midget, to increase the body strength. Production ended in December 1979, after 73,899 of this final version had been built. The Midget epitomised everything that MG stood for - it was small, fast, had safe, predictable handling and best of all, it was cheap. Today, Midgets remain a popular entry level classic. 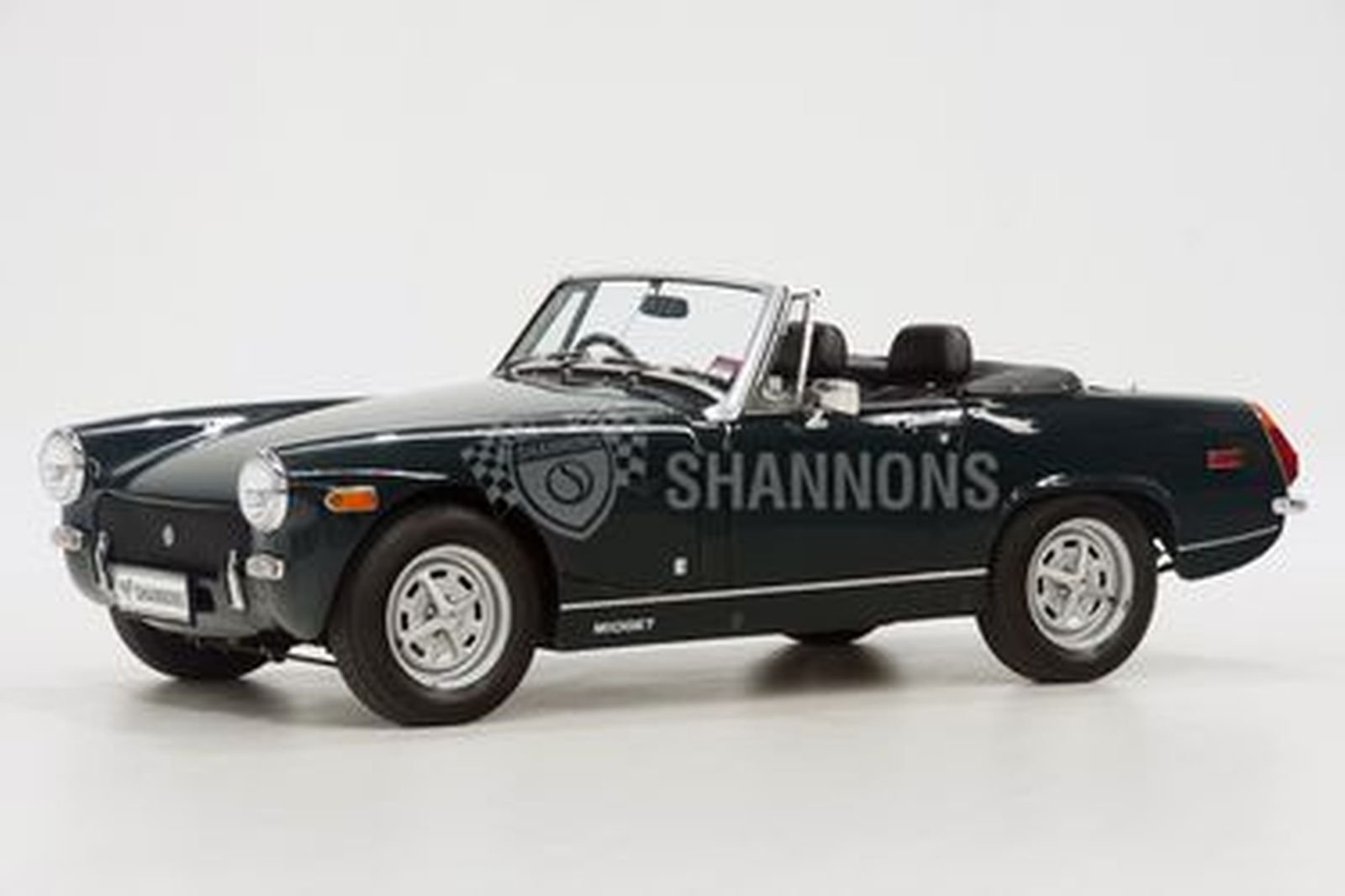