7930 people have viewed this lot

This lot is no longer available
Developed as a belated replacement for the much loved 6-series, BMW’s new E31 8-series was unveiled as the Munich company’s flagship in 1989 as a dynamic sports coupe packed with the latest technology and brimming with luxury features. Described as "…a rolling showcase for BMW’s technological skills", the new 8-series sported elegant but aggressive styling, with pop-up headlamps and a chiselled nose complemented by aggressively flared wheel arches. It certainly looked a worthy successor to the much loved E9 and 6-series coupes, whilst proving a genuine competitor for Mercedes-Benz’s new SL. Two models were available at launch, the V8-powered 840i and the hero V12-powered 850i. Under the skin, both featured BMW’s new multi-link rear suspension complete with passive rear-wheel steering, drive-by-wire throttle, the latest ASC+T traction control system, electronic dampers and Servotronic steering. Other technological highlights included a water-repellent windscreen, electric windows that sealed once the door was shut and the first use of a six-speed manual on any production car. The 850i, as here, was powered by BMW’s first production V12 engine, the high-tech M70B50 that was good for 221kW and 450Nm, bolted to either a six-speed manual or four-speed automatic transmission. Though its performance was impressive, this BMW range-topper was more a Grand Tourer than an outright performance car, so the Germans answered critics who felt the original 850i lacked sportiness by unveiling a revised 850 CSi, with significantly more power, sharper handling and a more aggressive body kit. Just over 20,000 of the 850i were ultimately produced, making it the most popular model in the exclusive 8-series range. As an affordable, elegant, and very sophisticated sports coupe, the BMW 850i V12 is assured of its status as a classic. 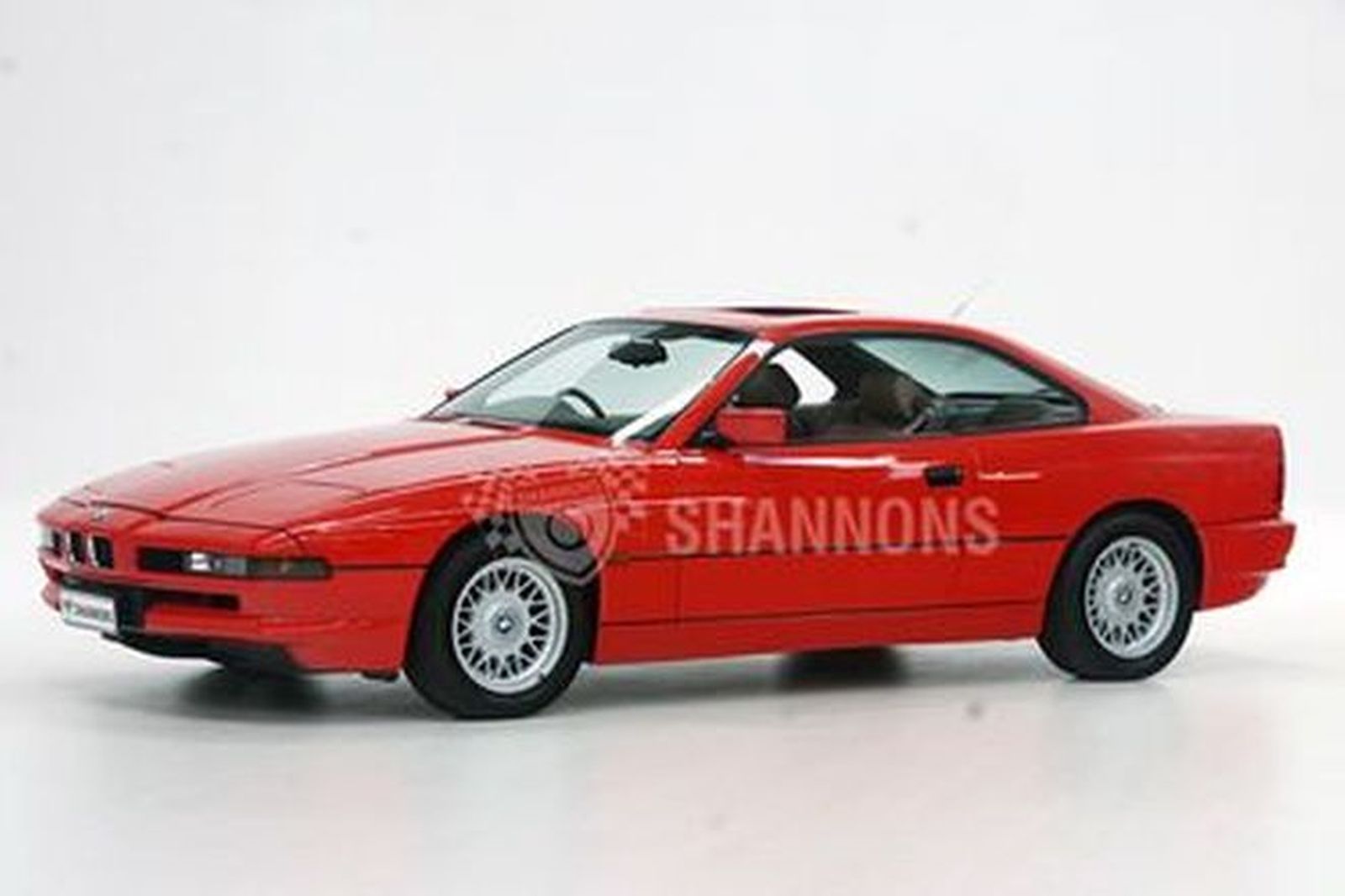