2446 people have viewed this lot

This lot is no longer available
With a long and proud tradition of building some of the finest cars in Britain, the Daimler Company Limited was founded in 1896 and enjoyed the patronage of the Royal Family for the first half of the 20th Century. Alongside its big straight eights, Daimler began building a series of smaller, more affordable models, starting with medium sized Fifteen of September 1932, the first design to break away from the previous sleeve-valve technology in over two decades. Powered by a six-cylinder engine initially displacing 1806cc, the model underwent some major changes in 1937, adopting independent front suspension via coil springs and hydraulic dampers, while at the rear semi-elliptic leaf springs combined with hydraulic dampers and an anti-sway bar. The transmission was an advanced four-speed pre-selector gearbox with a patented fluid flywheel and final Hypoid bevel drive. Braking was courtesy of Girling hydro-mechanical drums, and the steering was a Marles worm and double roller system. In 1938 Daimler enlarged the six to 2522cc and the revised model was officially known as the DB18 the following year. Daimler entered the post-war era with a line-up largely unchanged from 1940, having turned to military production during World War II, primarily building Scout and Armoured Cars. Now controlled by Sir Bernard Docker, Daimler introduced a rationalised range consisting of the 2.5-litre Fifteen (DB18), the 4.1-litre six-cylinder DE27 and flagship straight-eight DE36.  Offered for sale from February 1946, the DB18’s engine had undergone a number of modifications, including a new cylinder head derived from the Dingo Scout Car, and power rose accordingly. The DB18 was initially only available as a saloon, although a variety of coachbuilders produced different body styles, including the likes of Hooper and Salmons. Today, these elegant Daimlers are an attractive proposition for the enthusiast of high quality, coach built British luxury cars and a great alternative to rivals from Bentley, Lagonda and Alvis. 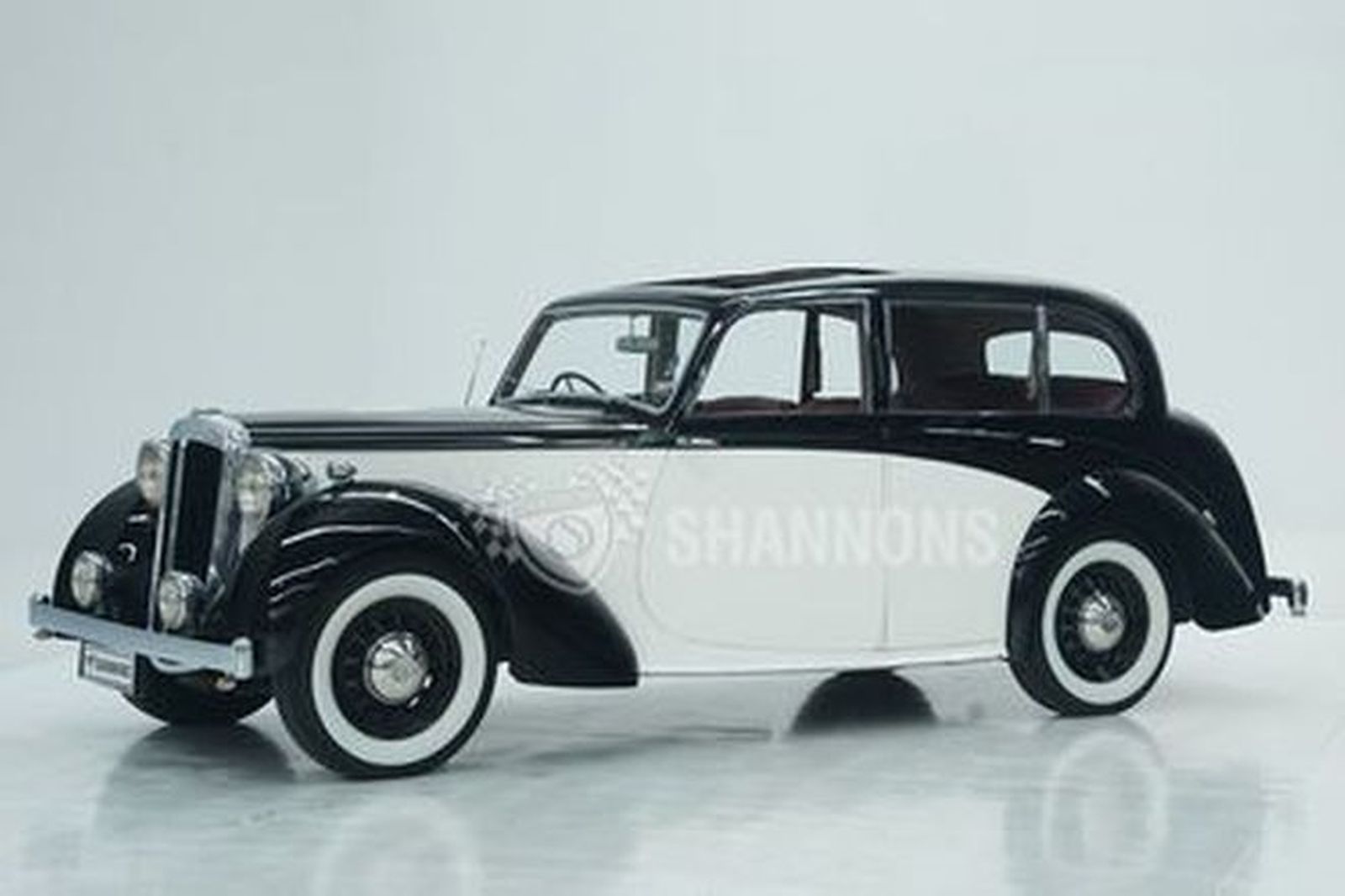