Nissan’s legendary GT-R Skyline badge can trace its heritage back to the mid-1960s, starting with the GT S54 six-cylinder version of the boxy second-generation Skyline.  Following the merger of Prince and Nissan in 1966, the former was retained to develop future high performance models and the first true GT-R was unveiled in 1969, either as a two-door KPGC10 or four-door PCG10 sedan.  Essentially a homologation special, the original GT-R’s successor was the fastback KPGC110 series of 1972 but the fuel crisis and lack of a serious competition program meant there was a significant gap before the first modern GT-R was born, based on the R32 Skyline, on August 21, 1989.  A technological Tour de Force, the R32 GT-R was conceived with one goal in mind - to dominate Group A racing category.  Nissan's engineers set about building the most sophisticated car ever made in Japan in the R32 model, combining all-wheel drive, a DOHC 2.6-litre in-line six with four valves per cylinder and twin turbos and Super HICAS all-wheel steering system.  Launched in 1995, the next generation GT-R - based on the R33 Skyline - proved a worthy successor but for many pundits the ultimate model remains the R34 GT-R that made its debut in January 1999.  With aggressive new styling, stiffer bodyshell and a reworked version of the classic RB26DETT twin-turbo six under the bonnet, the R34 employed an all-new Getrag six-speed gearbox and transfer case, while the electronically-controlled Super HICAS rear-wheel steering system was carried over.  Massive vented Brembo disc brakes slotted under new five-spoke 18-inch alloy rims, while the interior was designed to please the Playstation generation, with an abundance of gizmos backed by excellent seats.  The standard GT-R was supplemented by the high-tech V-spec featuring active LSD and ATTESA E-TS Pro system and, from May 2001, the more luxurious leather-clad M-spec version but the ultimate road-going R34 was the limited-edition Nur - named after the famous German racetrack - a hardcore model featuring the special N1 motor with bigger turbos.  Special equipment included a 300km/h speedo, gold-painted cam cover and unique badging.  Only 1,003 Nurs were built, of which 718 were V-spec IIs and the remaining 285 built to M-spec, making this the most collectible R34 GT-R outside the NISMO Z-tune. 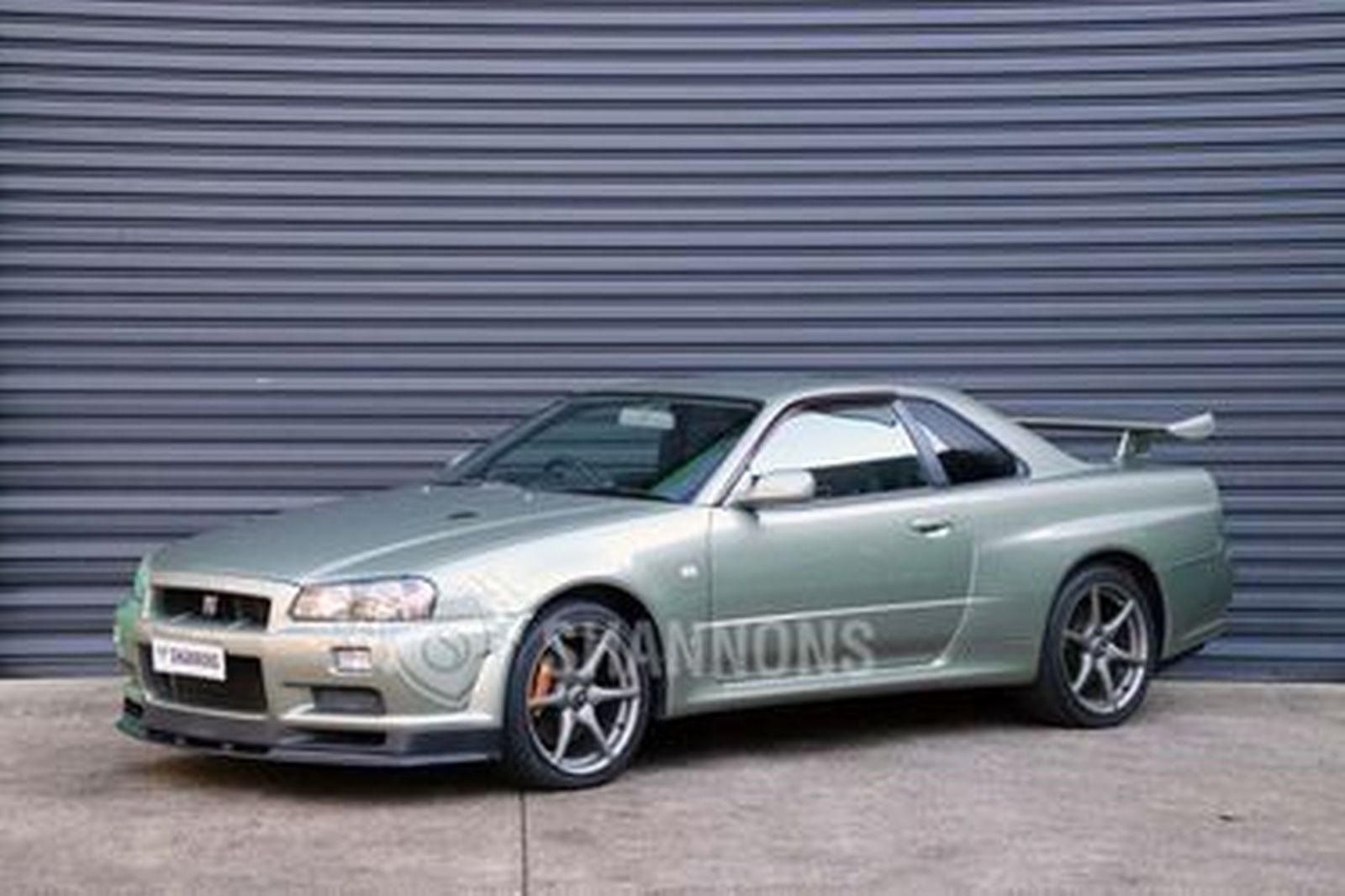