3562 people have viewed this lot

Produced by the Italian manufacturer and launched in 1957, the Fiat 1200 was the ‘umbrella’ name used for three distinct new models all based on the existing Fiat 1100 mechanicals. The 1200 Granluce was an upmarket small four-door saloon derived from the 1100, and the 1200 TV Spider was an update of the previous 1100 TV Transformabile 2-door roadster. This model was called the 1200 Spider in export markets. Exterior changes from the earlier model were minimal and included new front and rear bumpers with taller over-riders moved further inboards. Inside there was a strip speedometer, and the saloon's steering wheel replaced the wood-rimmed, aluminium-spoked one of the Transformable. A novelty feature was swivelling seats, which rotated outwards to facilitate ingress and egress. The 1200 Granluce was discontinued in 1961 when larger Fiat saloons were introduced, while the 1200 Transformabile/Spider was replaced in 1959 by the 1200 Cabriolet.

The Fiat 1100 was a small family car produced by the Italian manufacturer from 1953 to 1969. It was an all-new unibody replacement for the Fiat 1100 E, which descended from the pre-war, body-on-frame Fiat 508 C Balilla 1100. At the 1953 Paris Motor Show, Fiat launched a sporting version, the 1100 TV—standing for Turismo Veloce, "Fast Touring". The TV was fitted with an improved engine (type 103.006), which developed 35 kW at 5,400 rpm rather than the 26 kW of the regular versions, mainly thanks to a twin-choke Weber carburettor and a higher 7.4:1 (instead of 6.7:1) compression ratio. Top speed was 135 km/h. The 1100/103 TV Transformabile, a two-seater roadster, was then introduced in 1955 at the Geneva Motor Show. As its name implies, it was based on the mechanicals of the 1100 TV but introduced an American-inspired Transformabile open-top convertible design. This was the work of Dipartimento Carrozzerie Derivate e Speciali, the special bodies department of Fiat, rather than of a third-party coachbuilder; it was penned by the department's head, engineer and designer Fabio Luigi Rapi. 571 of these first series Transformable were built. In 1956 the 1100 TV Transformabile received a more powerful engine (three more horsepower) and a modified rear suspension, and 450 more of these were built. 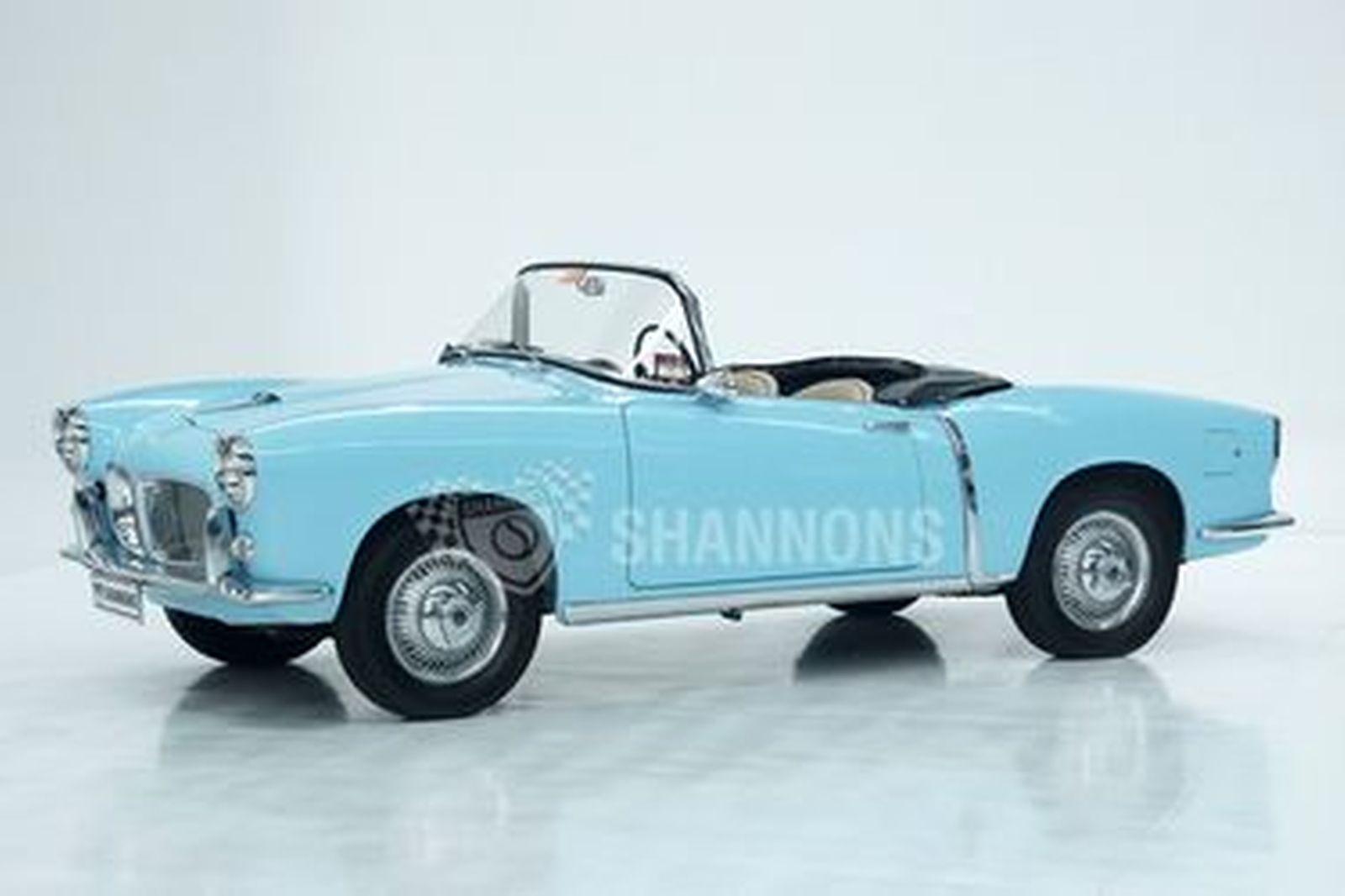