3208 people have viewed this lot

Based in Springfield, Massachusetts, the Indian Motorcycle Company was the only motorcycle manufacturer able to compete on equal terms with the might of Harley-Davidson for the first half of the 20th Century. With its origins as a producer of bicycles, the partnership of George Hendee and Oscar Hedstrom followed the familiar practice of building a powered version in 1901, using a proprietary Thor single horsepower engine, and from the emergence of the first V-twin in 1907, Indian quickly established itself as a maker of quality motorcycles.  The growth in sales, combined with success on the racetrack, prompted an expanded model range, with a smaller 221cc two-stroke, then a flat twin, helping Indian secure the number one position ahead of arch rival Harley Davidson. The Indian Four, based originally on the Ace motorcycle design that Indian bought as part of the assets of the Ace Motor Corporation in 1927, was built from 1928 to 1942. Its 1928 Indian 401, a mildly modified development of the Ace, featured changes like trailing-link forks and quarter-elliptic leaf spring. By 1929, the Indian 402 would have a stronger twin-downtube frame based on that of the 101 Scout and a sturdier five-bearing crankshaft than the Ace, which had a three-bearing crankshaft. For 1940, the Four frame was modified to include plunger rear suspension and in the same year, all Indian models were restyled with large, decorative fenders. A year later the 18-inch wheels of previous models were replaced with 16-inch wheels with balloon tyres. The Indian Four was discontinued in 1942. 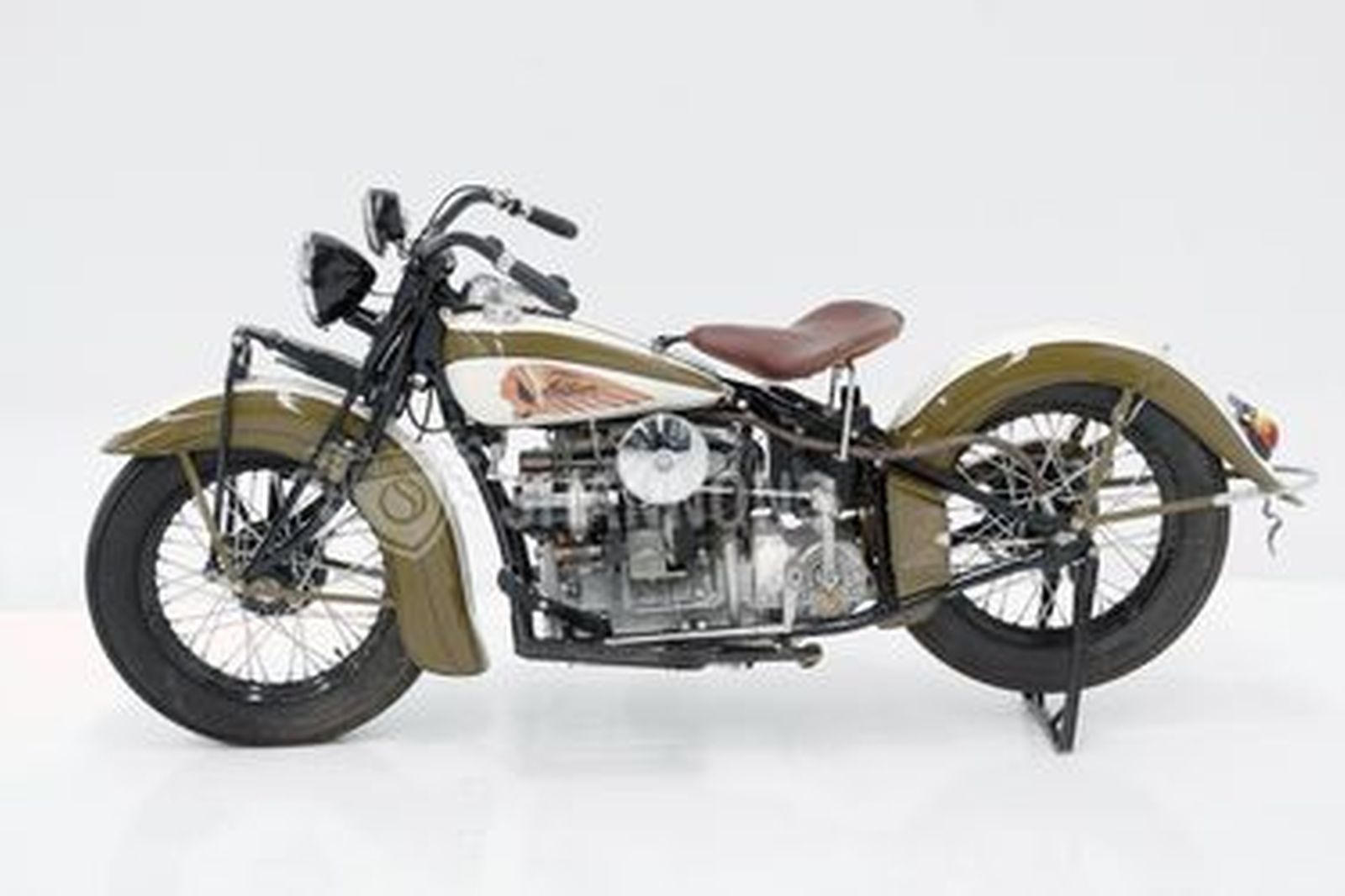