2663 people have viewed this lot

This lot is no longer available
Following hot on the heels of the revolutionary Model T and its successor, the Model A, Henry Ford again made history when he launched a brand new V8 model on March 31, 1932, a bold move in the face of the worsening Depression. Putting multi-cylinder power in reach of the masses for the first time, the flathead engine was developed by Ford’s engineers Emil Zoerlein, Carl Schultz and Ray Laird, with a capacity of 221-cid and producing 65 horsepower at 3400 rpm. With aluminium pistons and a single-barrel carburettor, the motor was cast as a single block to keep production costs low. The 1932 Fords were handsome cars, the Lincoln-inspired styling highlighted by nicely contoured fenders and a streamlined radiator shell carrying the classic V8 logo. The range of body styles on offer included the Roadster, Phaeton, Coupe (in either three or five-window guises), Tudor Sedan, Fordor Sedan, Victoria and Convertible. The 1932 Fords were well equipped for their price and had a nicely finished interior, the revised timber-grained dash with its oval engine-turned centrepiece a classy touch. With the cheapest models priced below $500, buyers clamoured to get their hands on the new Ford and more than 50,000 advanced orders were placed. In the rush to get the V8 into production Ford’s reputation for reliability began to suffer, with excessive oil consumption and cracked cylinder heads two main causes of concern. Despite these issues, the V8 outsold the Model A’s true successor, the short-lived four-cylinder Model B by a ratio of 2.5 to 1. Nicknamed the “Deuce”, Ford’s V8 became the favourite of hot rodders in the years following the Second World War; indeed, the “Little Deuce Coupe” entered popular culture with the release of the Beach Boys classic song in 1963 and for many enthusiasts it remains the iconic hot rod. Once the supply of original cars began to dwindle in the 1970s a number companies began supplying replacement bodywork in either fibreglass or steel and frames, and ’32 Fords remain at the heart of the hot rodding movement today. 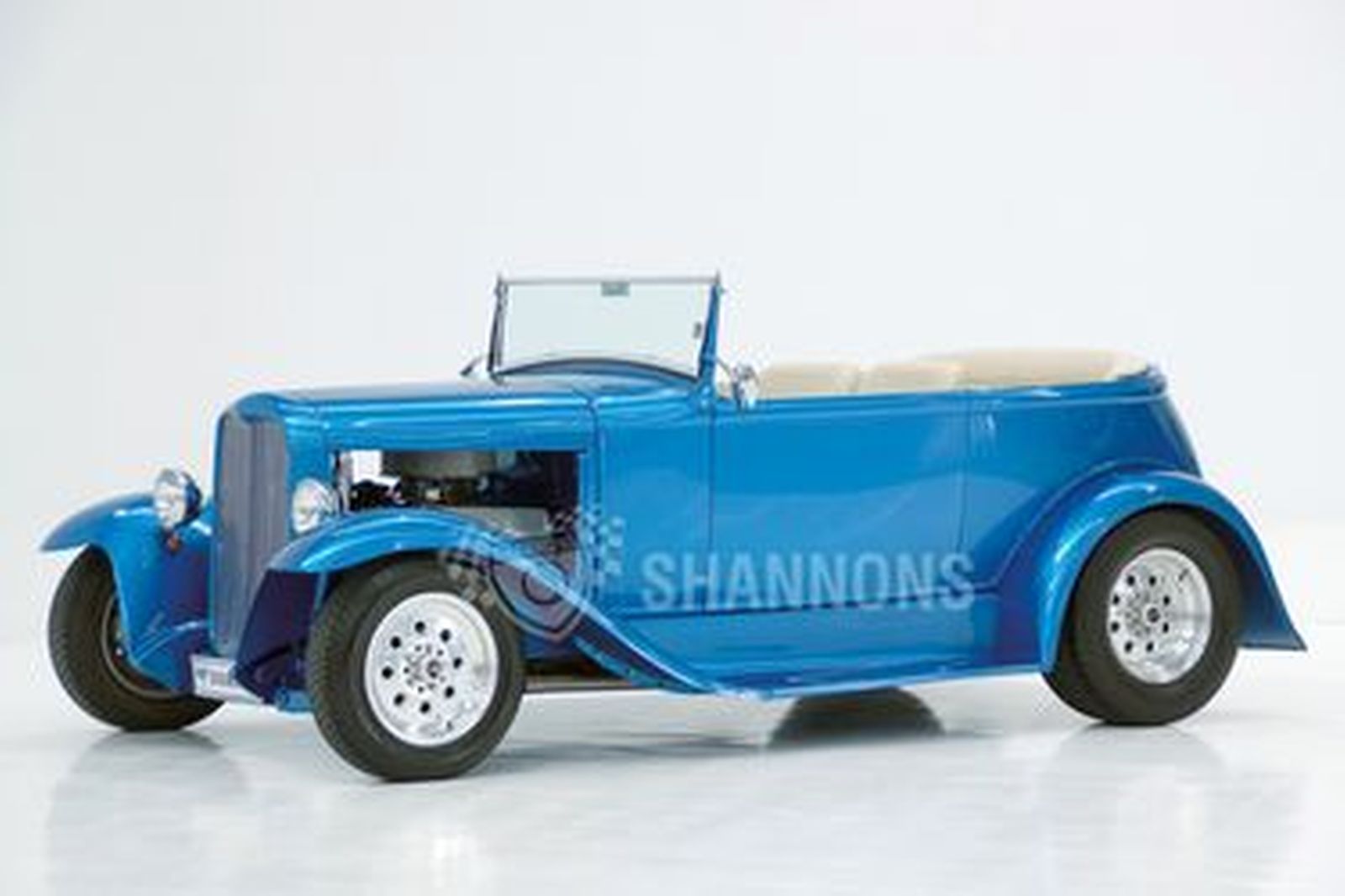