Unveiled in 1988, Holden’s second generation VN Commodore was a significant milestone in the history of GM-H and a big step forward over the outgoing VB-VL series.  Based on its European counterpart, the Opel Omega, the latest Commodore boasted an aerodynamic new body that was bigger inside and out, while two fuel injected engines, the 3.8-litre V6 and 5.0-litre V8, were introduced and Holden sourced new transmissions to go with them, offering buyers the choice of the Australian-made Borg-Warner T5 manual or American Turbo Hydra-Matic auto with overdrive.  Other notable features of the latest Commodore included four-wheel disc brakes across the entire model range, along with a European inspired interior, including a one-piece dash.  With the demise of HDT, Holden Special Vehicles in Clayton, Victoria (under the direction of Scot Tom Walkinshaw) assumed the role of building high performance Commodores and produced a wide range of individual models based on the new VN platform, including several with the V6 engine for the first time.  Described one source as “the car that put HSV on the map”, the SV5000 was launched in September 1989 with an uprated 5.0 V8 featuring special pistons, higher 9.0:1 compression ratio, bigger valves, a revised camshaft, special throttle body, knock sensor and cold air intake mated to a four-speed automatic transmission.  The body wore unique side skirts, grille and bootlid spoiler, along with special 16-inch alloy wheels, upgraded heavy duty brakes and stiffer suspension.  Inside the car boasted a four speaker premium sound system, air conditioning, leather upholstery and luxury features like central locking, power windows and a trip computer.  Local magazine Wheels ran an SV5000 against the best European sport sedans of the day and commented “European high-tech was no substitute for fuel-injected Australian cubes.  The SV5000 simply drove away.”  With only 359 built before the production run ended in September 1991, the VN SV5000 is limited production, high performance Aussie sports sedan from an era fast becoming collectible. 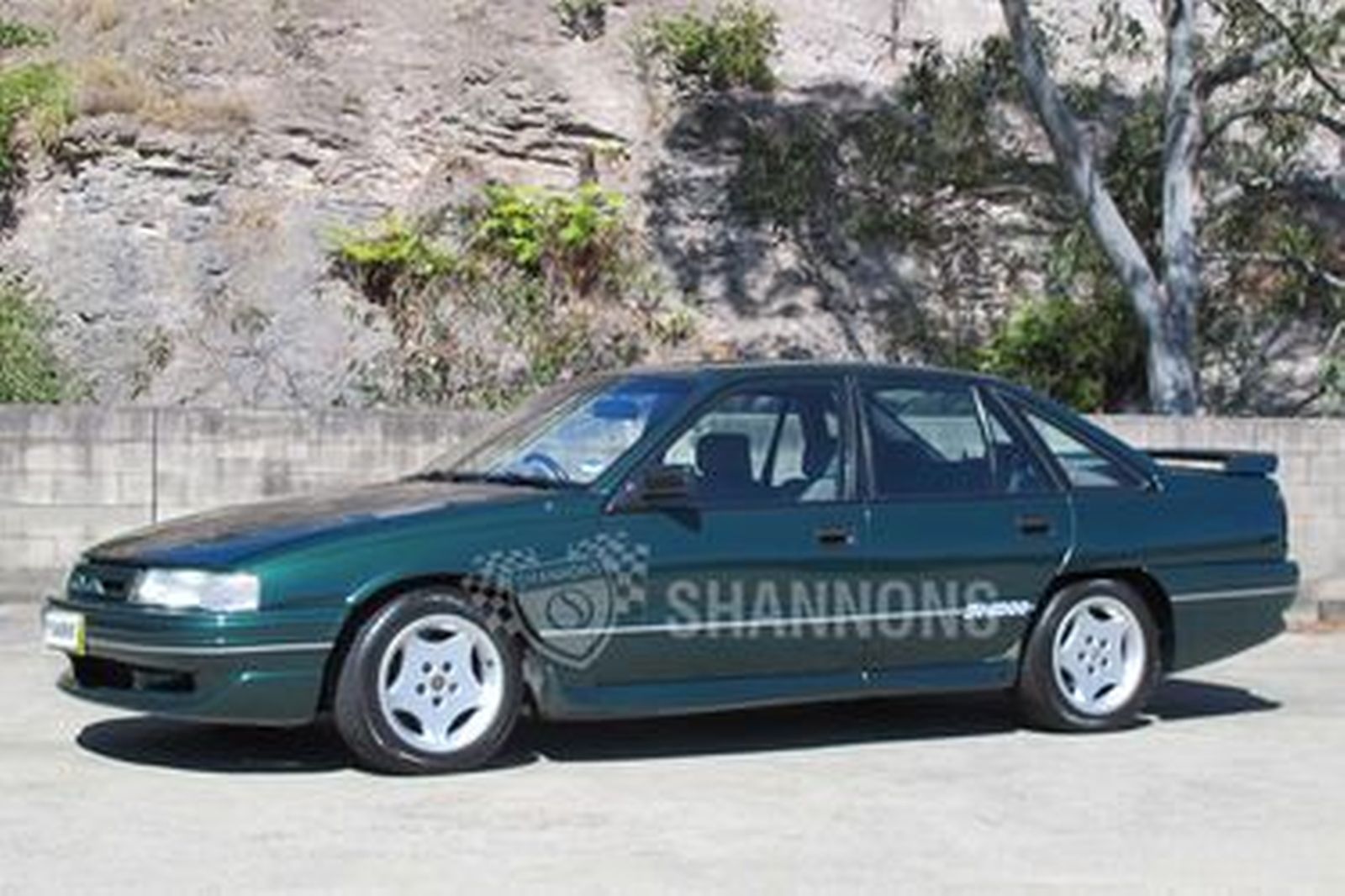