The XA was something of a milestone car in Ford Australia’s history, being the first model completely designed and built in this country.  Launched in March 1972, the XA marked a change in direction for the Falcon’s styling, with a larger, more curvaceous shape and - for the first time since the mid-1960s - a two-door hardtop model was offered alongside the familiar four-door sedan and long-wheelbase station wagon.  Ford also continued with a range of commercials, including the popular utility and panel van and the entire range was sold in Falcon, Falcon 500 and Fairmont trim levels.  Mechanically, the XA was available in either six-cylinder form, using either of the 200 or 250-cid engines carried over from the XY range, or with V8 power.  Buyers had a choice of either the 302-cid or 351-cid bent eights, the latter developing a very healthy 260 horsepower.  The choice of transmissions included a three-speed column-change manual, floor-mounted four-speed or automatic.  One popular option carried over from the XW/XY range was the Grand Sport Rally Pack comprising special stripes, 12-slot styled steel wheels with brushed centre caps, sports steering wheel, while the dash boasted full instrumentation, including a tacho, electric clock, oil pressure, fuel and temperature gauges.  A GT style grille complete with driving lights was also available but rarely seen on XA Grand Sports.  Technically available across all three trim levels (even utes or vans), the GS option could be had with any engine and transmission combination, allowing the Ford buyer to create a car with all the visual appeal of a GT without the expense.  As GT values have exploded over the past decade, interest in the GS package has grown accordingly, particularly cars equipped with the 351 V8. 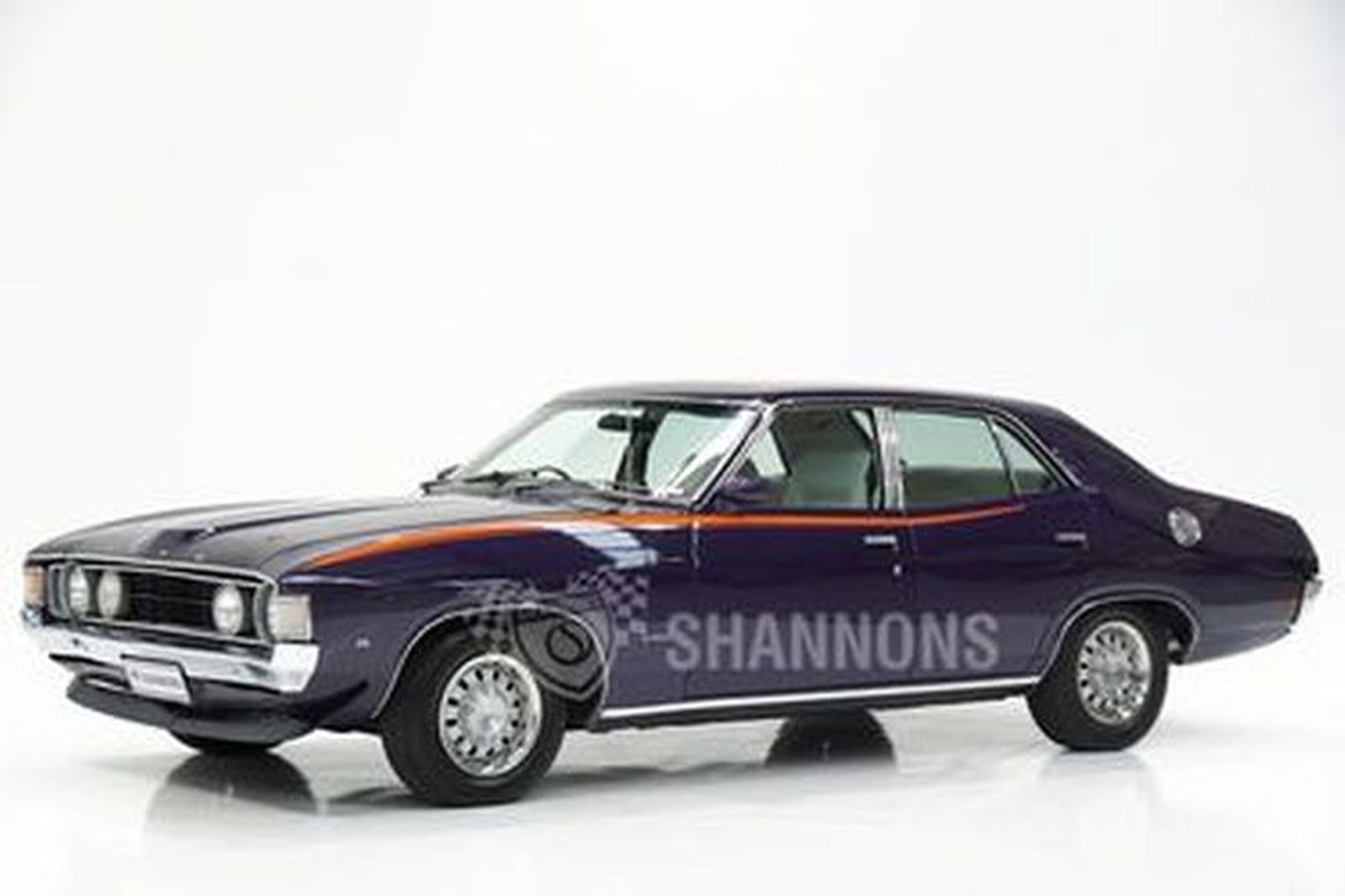