3659 people have viewed this lot

The second generation E32 7-Series BMW was something of a watershed when launched in 1986, with the Bavarian marque overtaking traditional rivals Mercedes-Benz in the luxury car stakes both in technological terms and ultimately, sales figures.  Developed over a seven-year period, the stylish lines of the second-generation 7-Series hid an advanced design bristling with electronics that controlled everything from the seats to the amount of wheelspin during acceleration.  Two engines were used at the launch of the new BMW, the familiar M30 straight six (albeit with a new cylinder head combustion chambers for more power) and an entirely new M70 V12, with a V8 added to the range in 1991, combined with a new ZF five-speed automatic transmission.  The M60 V8 produced 282 horsepower at 5800 rpm and a healthy 295 lb/ft of torque at 4500 rpm, with the 740’s top speed governed to 240 km/h.  All six-cylinder, V8 and V12 models could be had in a longer wheelbase platform, with 114mm added to the rear passenger compartment for extra legroom.  The long list of standard equipment included air conditioning, power windows, central locking, Servotronic power steering, an on-board computer, car alarm, cruise control, ABS and a four-speaker stereo.  Always built in limited numbers, very few were ever sold in Australia, where the list price of a 740iL was an astronomical $167,500 back in 1992.  Packed with features only now becoming commonplace modern luxury saloons, the innovative E32 7-Series offers exemplary road manners, equipment levels and German reliability at an affordable price.  Designed to live up to the slogan “The Ultimate Driving Machine”, the E32 7-Series offers incredible value for money today and the V8 has the added benefit of being a lot cheaper to maintain than the complex V12 variant. 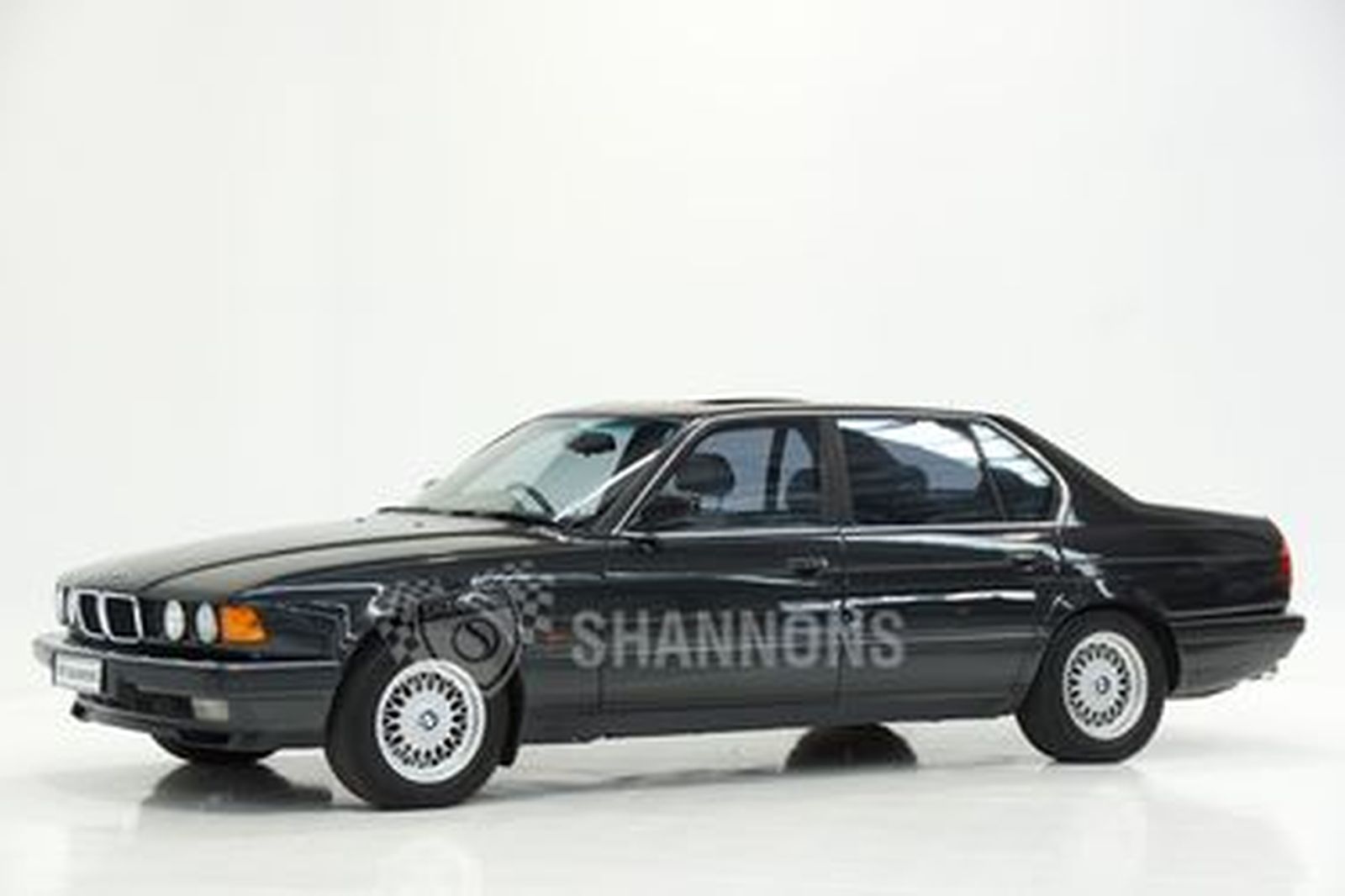