7024 people have viewed this lot

The Giorgetto Giugiaro-styled Esprit was Colin Chapman’s first serious attempt at building a sports car capable of taking on the likes of Porsche and Ferrari. Originally unveiled as a concept car at the Turin Motor Show in 1972, it would be another four years before the customers began taking delivery. The Esprit received considerable publicity thanks to the 1977 James Bond film “The Spy Who Loved Me”, with Roger Moore proving the car could handle just as well under water. Although it looked every inch the futuristic Italian-styled supercar both inside and out, the Esprit remained true to Lotus’ philosophy of building lightweight sports cars with small-capacity engines. Codenamed project M72, the Esprit Turbo was developed in the late 1970s and given the new type number 82 when launched in February 1980. At its heart was a totally redesigned 16-valve four-cylinder engine with dry-sump lubrication and a Garrett AiResearch turbocharger mounted behind the cylinder block. With 210 bhp on tap, the Esprit Turbo’s performance was elevated to supercar levels, its 150 mph top speed on par with the likes of Porsche’s own Turbo and Ferrari’s 308. Ital Design’s styling was completely revamped, with front and rear spoilers, side skirts featuring NACA-type ducts, black louvres over the engine bay and sharp new 15-inch wheels by BBS (early cars used three-piece Compomotive rims). In order to promote the new model, Lotus released a limited edition in the distinctive metallic blue with red/silver stripes of its then major sponsor in Formula One, Essex Petroleum, featuring air conditioning and a roof-mounted Panasonic stereo system. Despite initially poor sales, no doubt due in part to a looming recession in Britain, orders for the Esprit Turbo picked up in 1981, helped no doubt by the appearance in another Bond flick, this time “For Your Eyes Only”, sporting a set of ski racks. By the time the original Turbo ceased production in 1987 a total of 3,155 had been made and prices are finally beginning to reflect the significance of this important model, particularly the early cars. 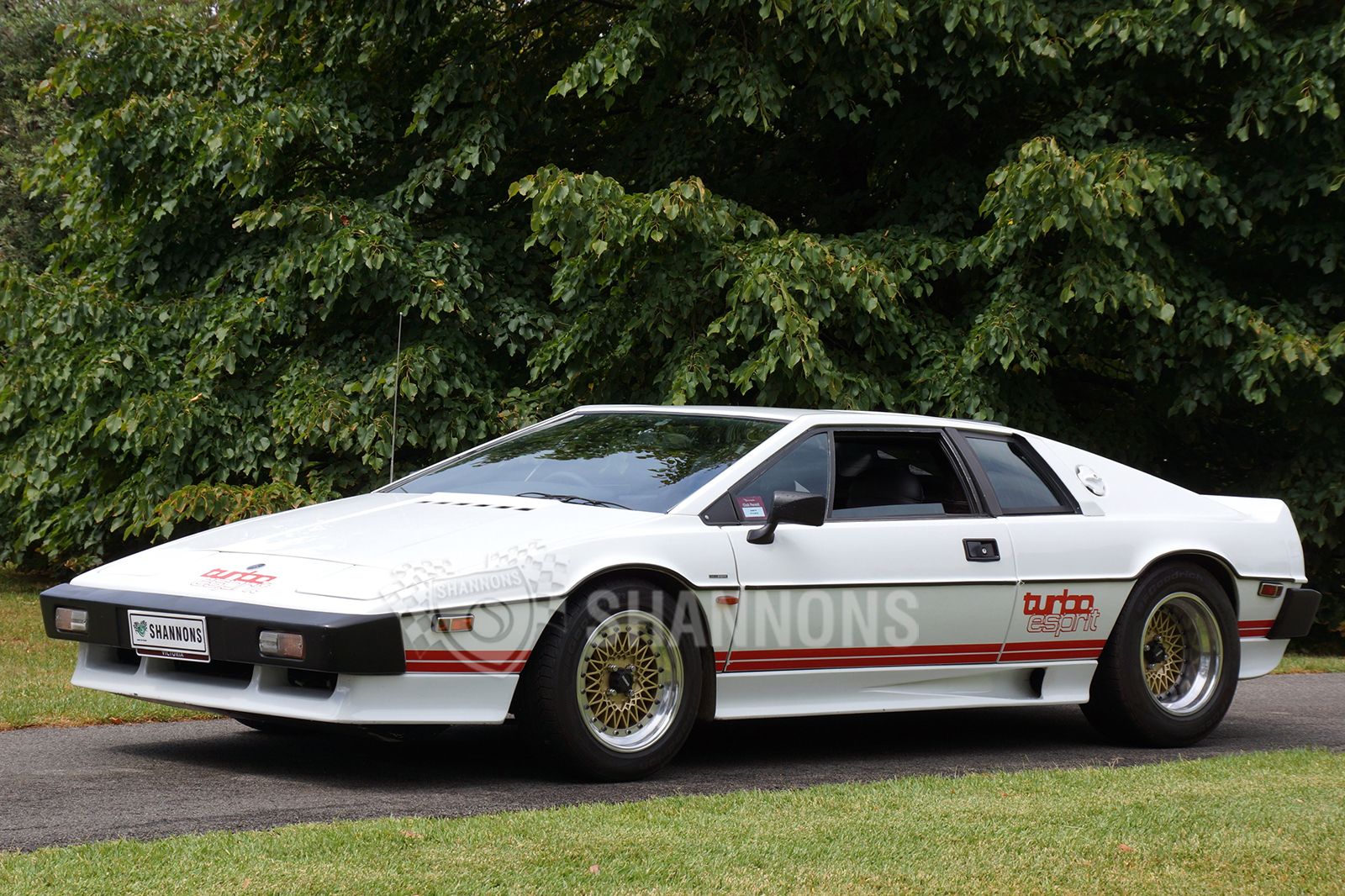 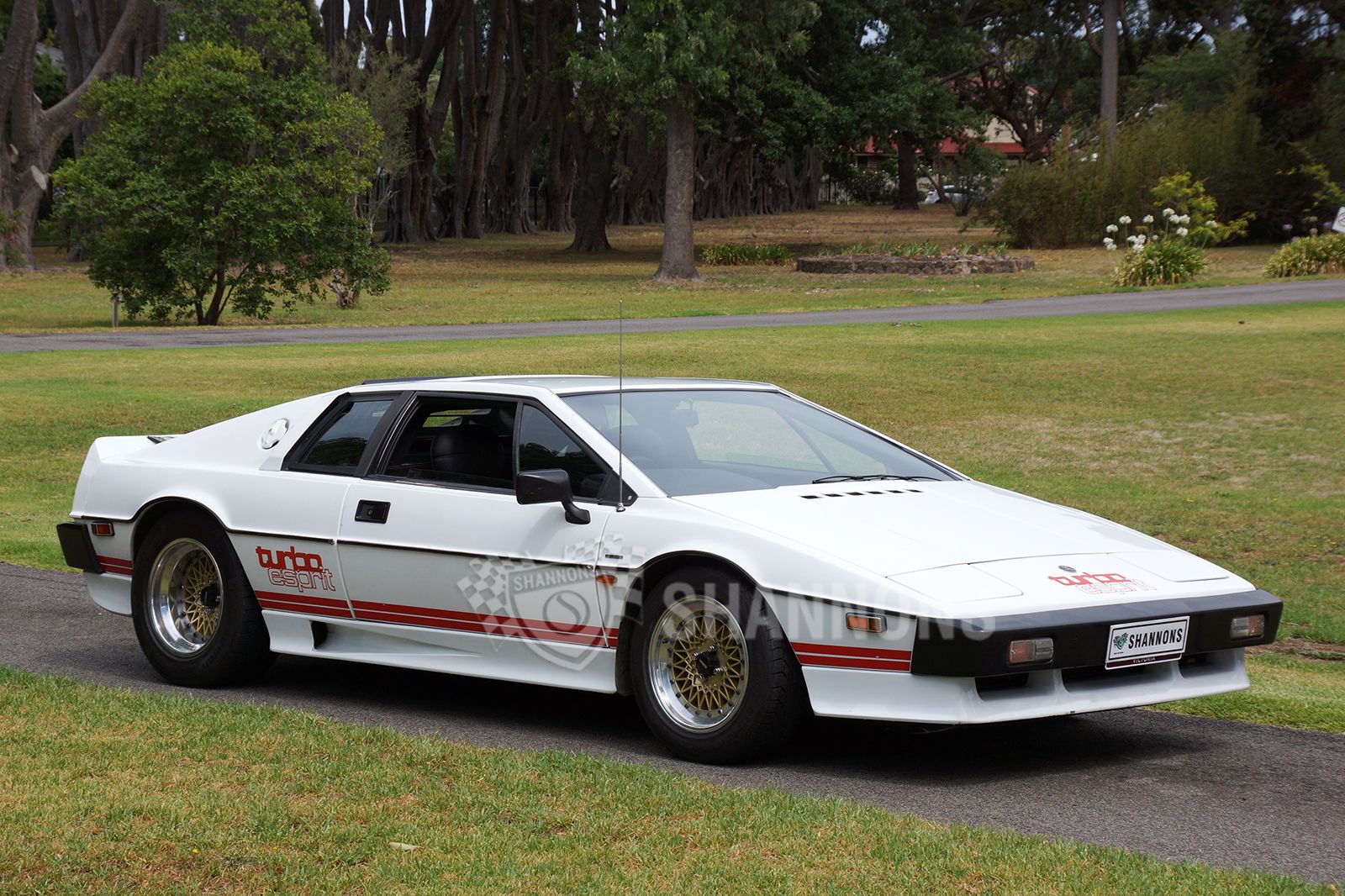 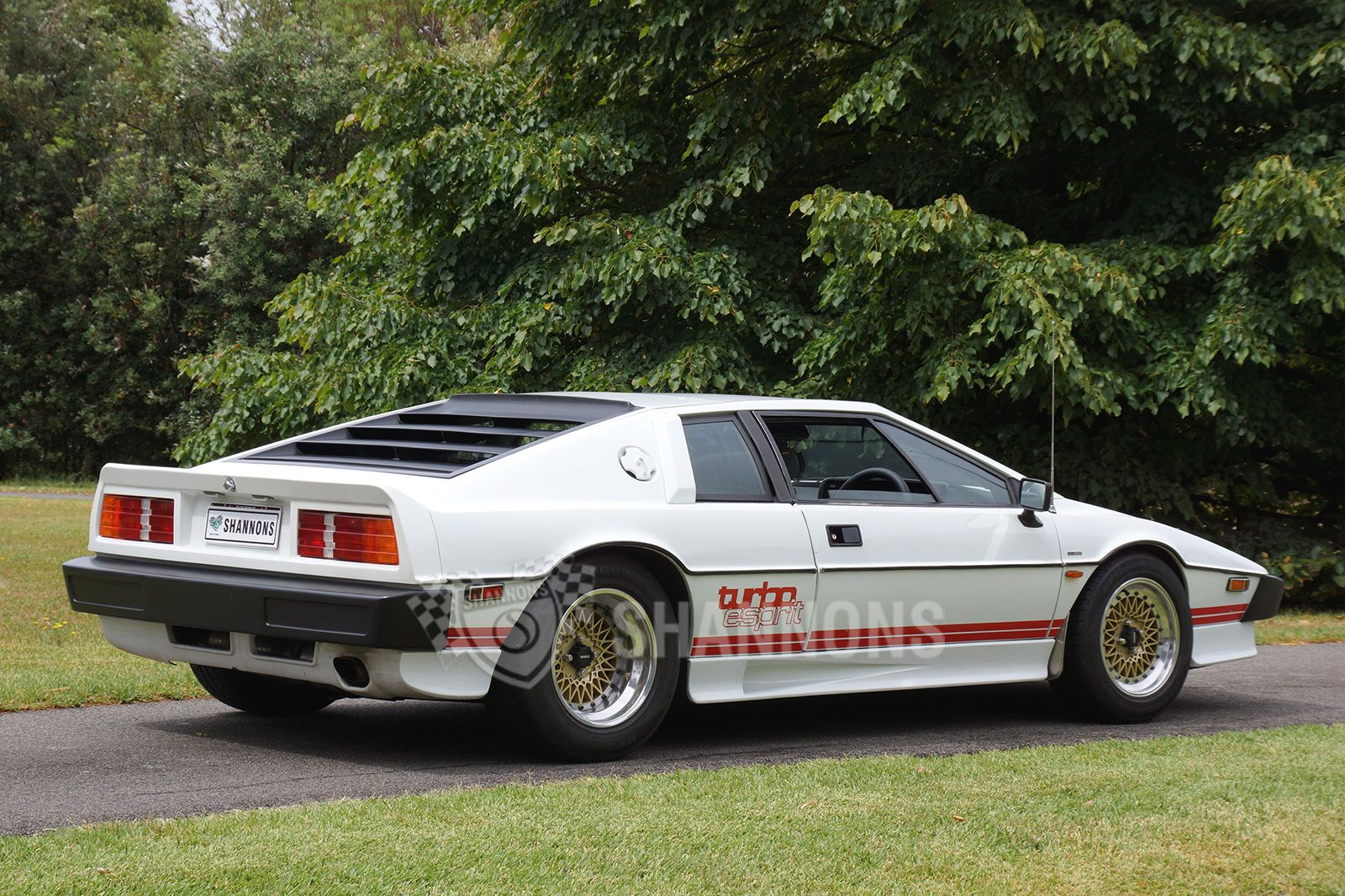 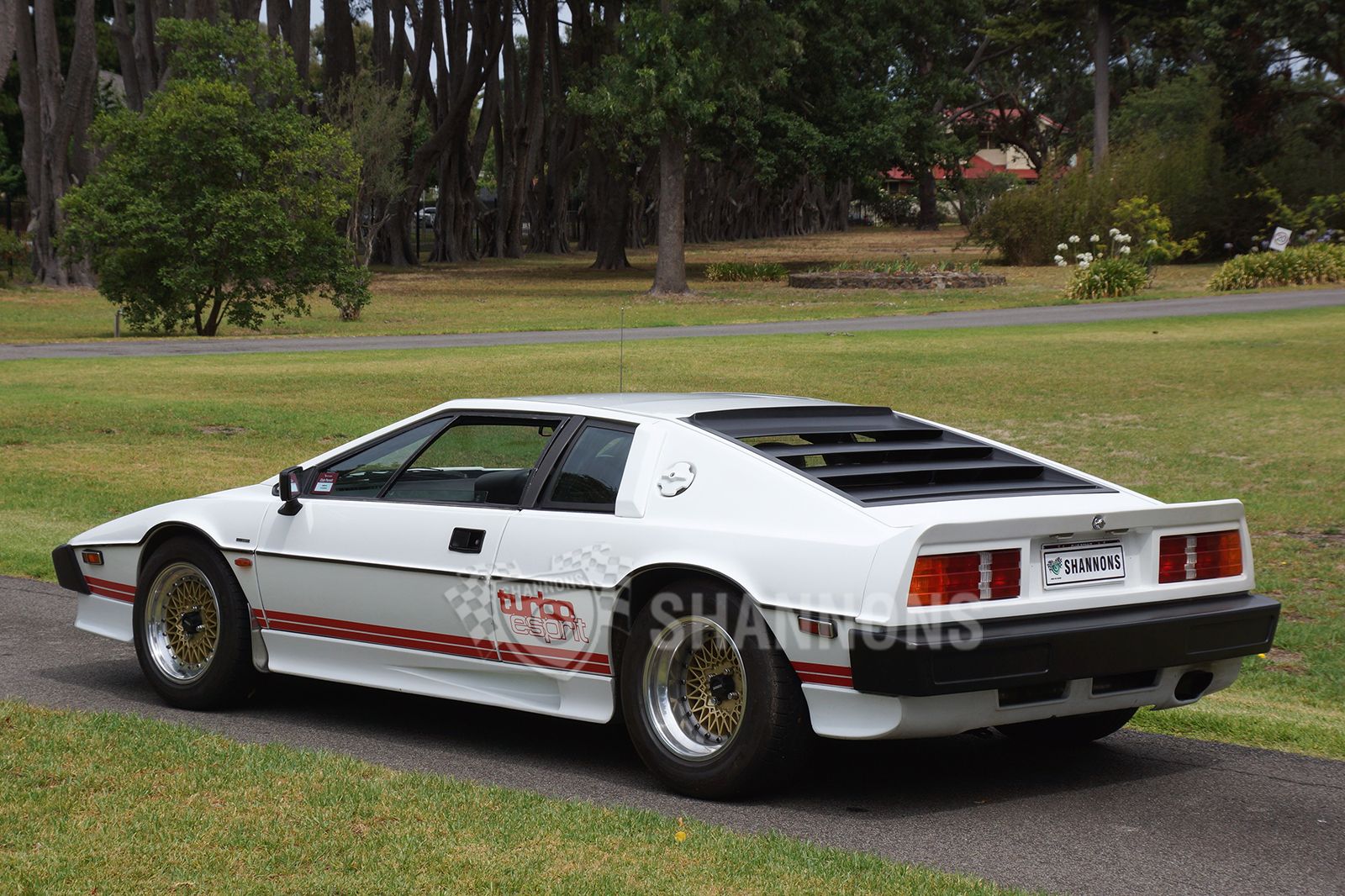 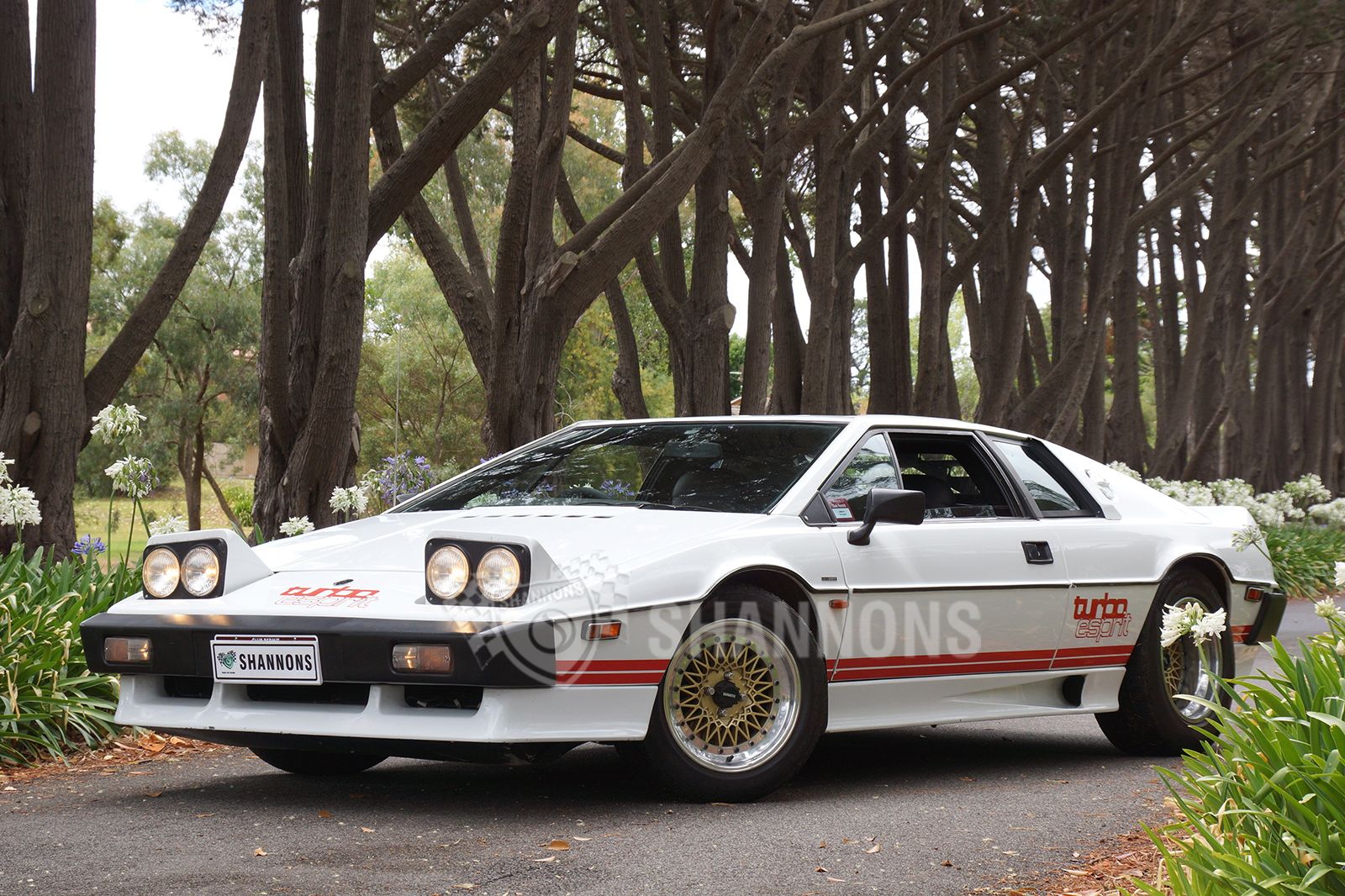 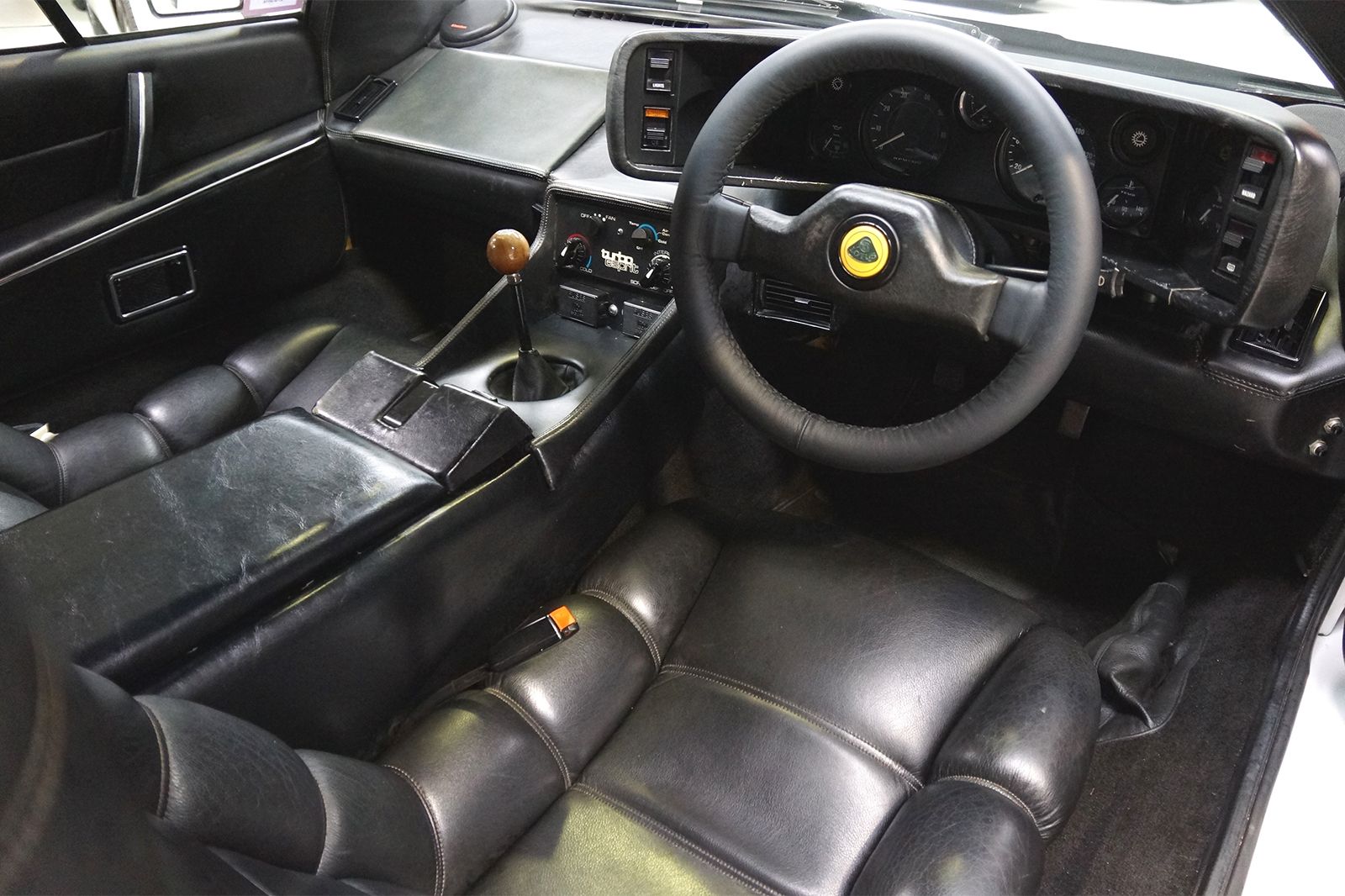 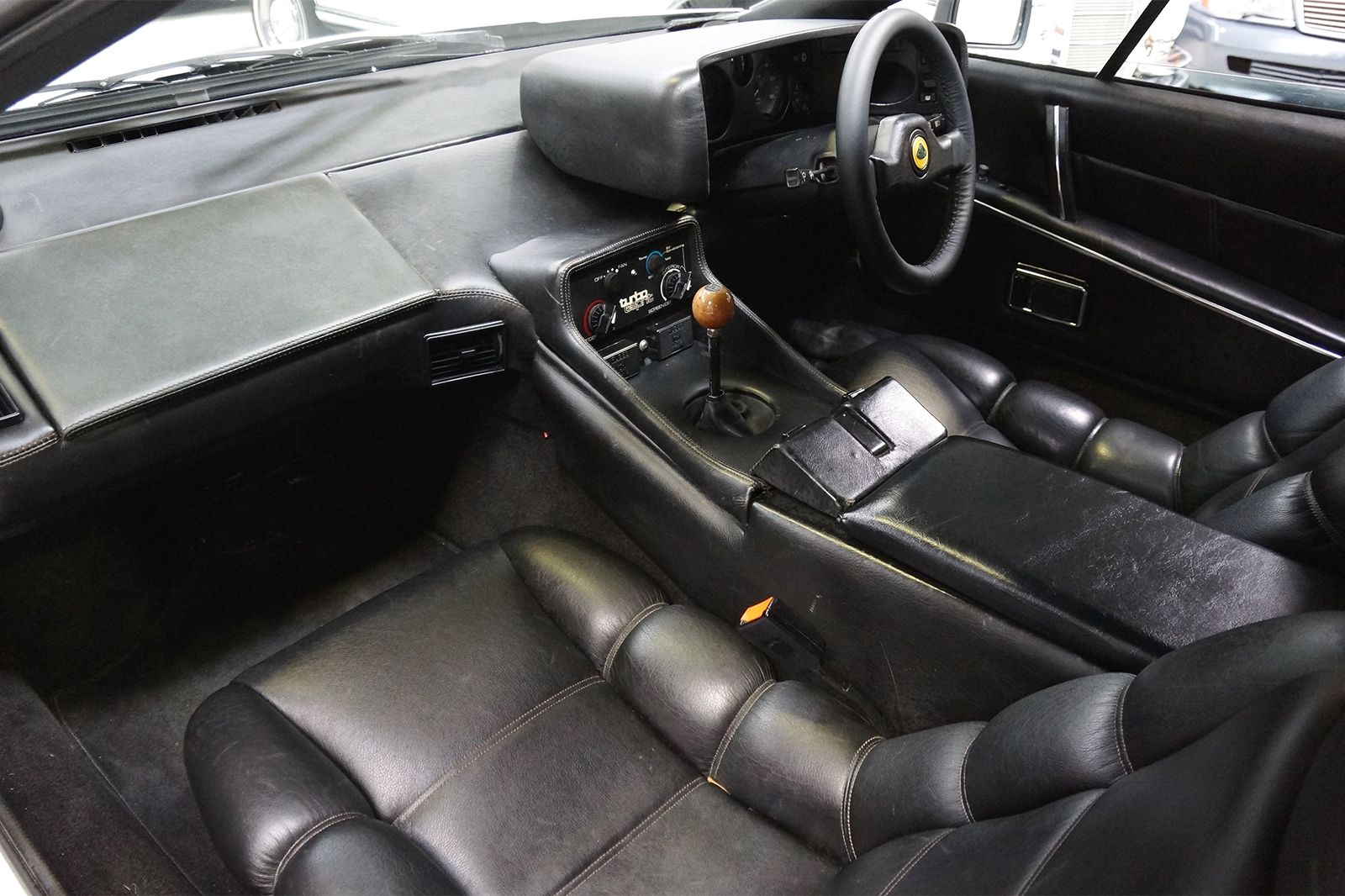 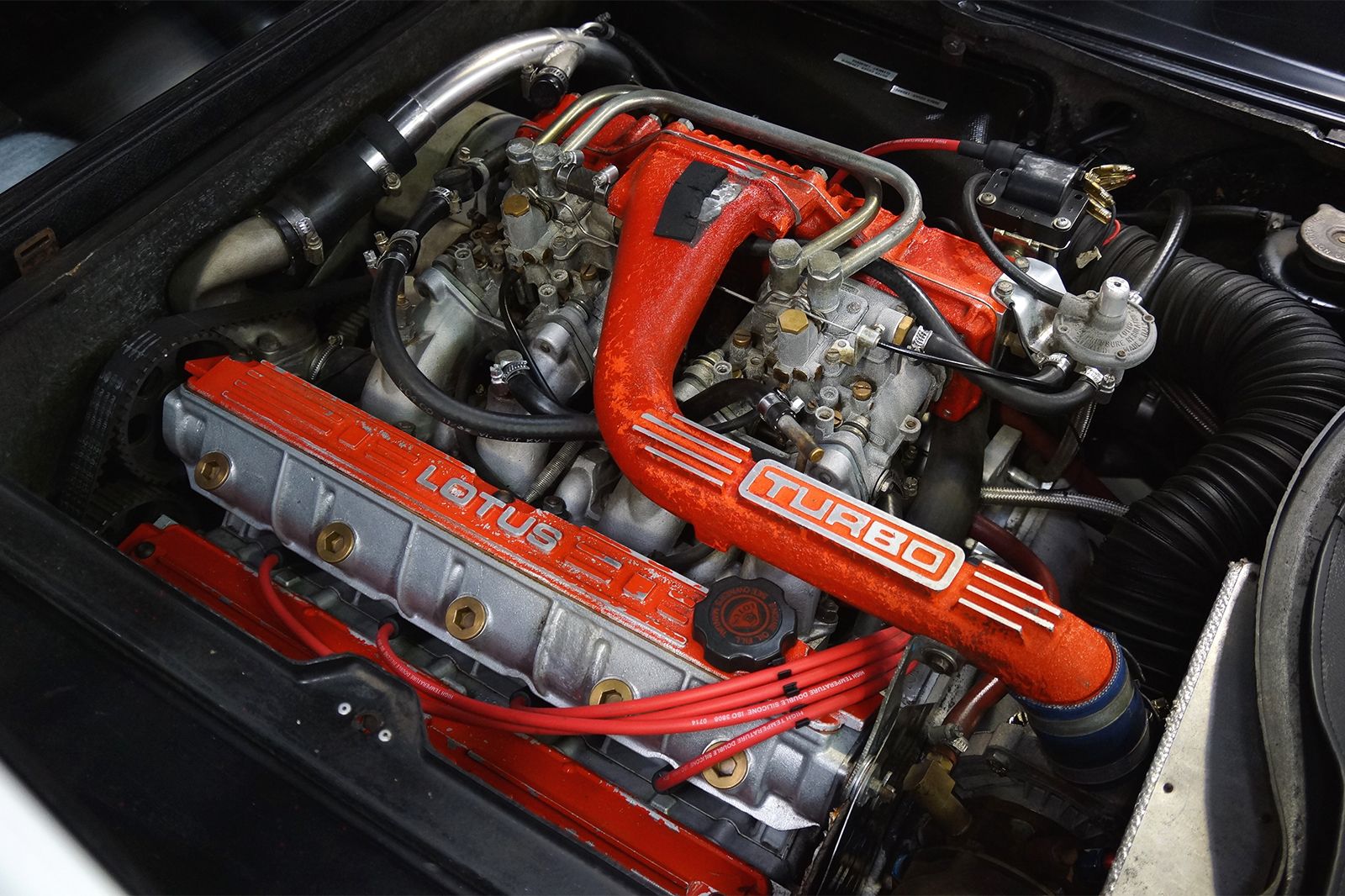 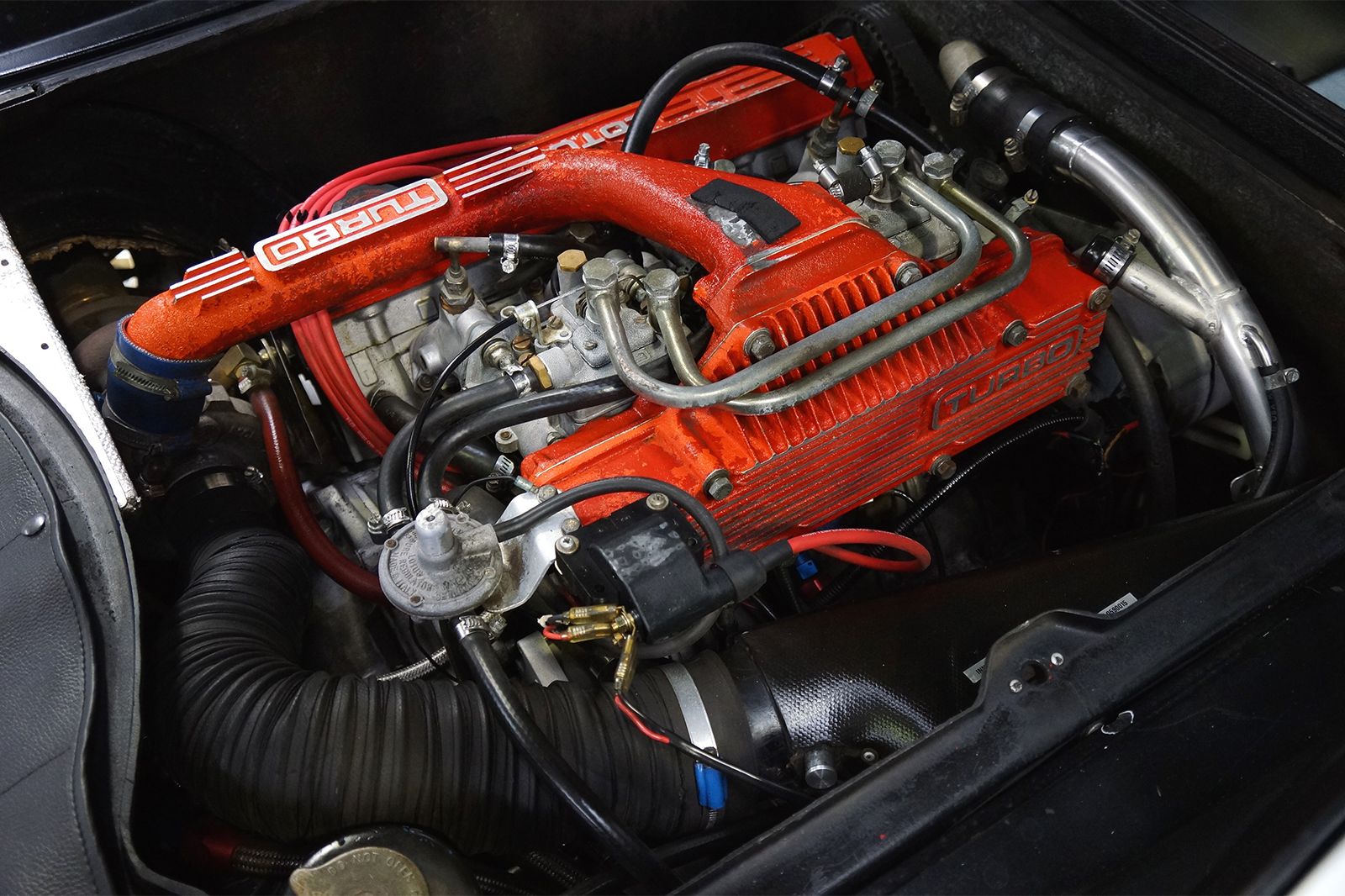 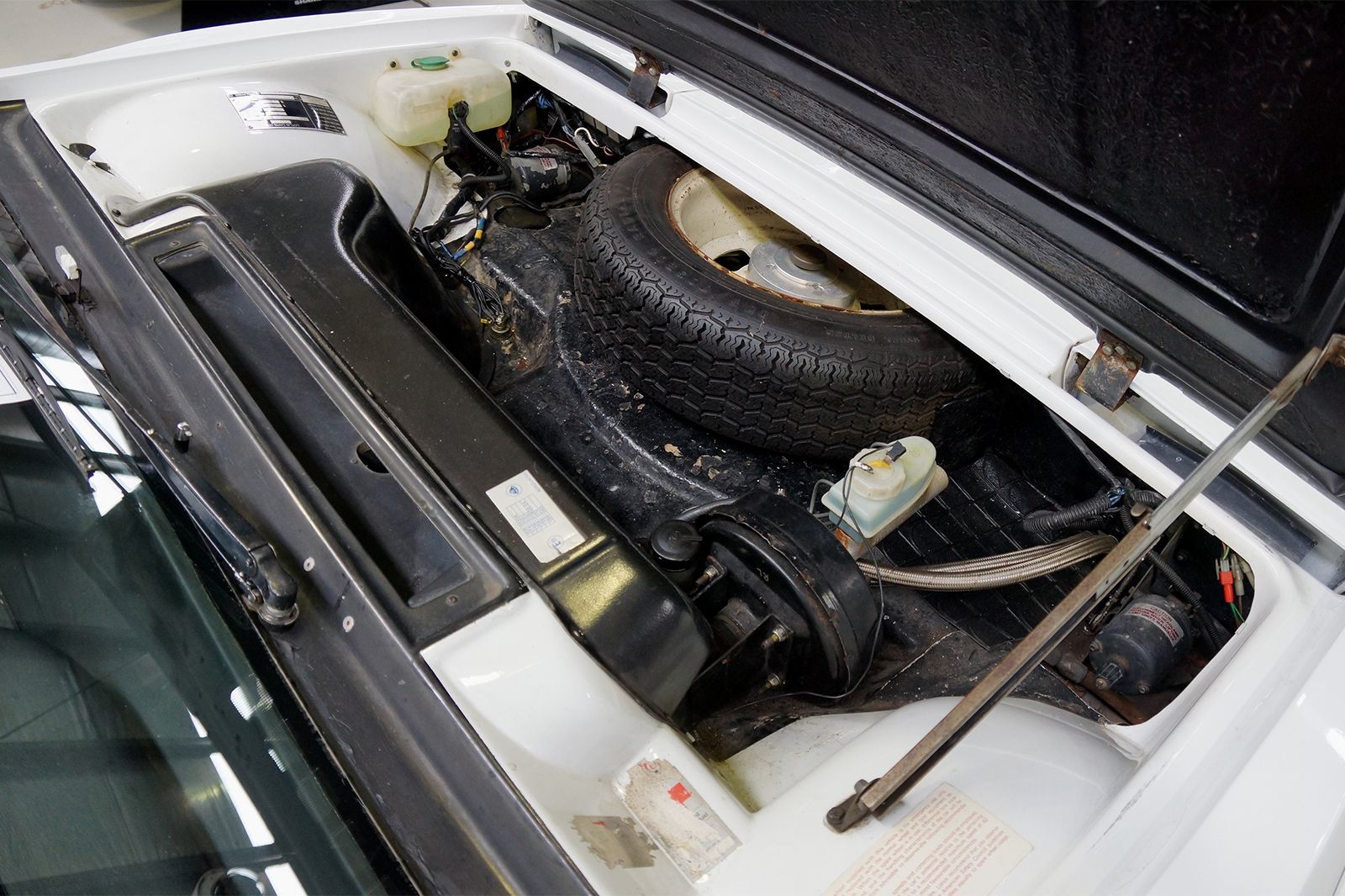