2341 people have viewed this lot

Almost from its very beginning, Triumph adhered to the old adage that racing improves the breed, with Jack Marshal scoring an victory on the Isle of Man as early as 1908, and setting numerous speed records along the way. The early post-WWII period was a golden age for Triumph, with booming sales both at home and abroad and after a long absence, a return was made to racing under the direction of Freddie Clarke, head of development, and Henry Vale, who was in charge of the competition shop. They took the existing road-racer T100 and developed it into the equisite Grand Prix model with forged pistons, polished con-rods, a BTH racing magneto, twin Amal Type 6 carburettors and a twin megaphone exhaust system. The frame was also modified, with a shorter wheelbase, racing clutch, ribbed brakes and specially enlarged four-gallon fuel and one-gallon oil tanks. The Grand Prix had no speedo, just a Smiths competition rev counter and could reach something like 120 mph. Ernie Lyons took the GP to a maiden win at the 1946 Manx Grand Prix and, after several near misses, Triumph finally won at Daytona in 1950 thanks to Rod Coates on a privately-entered Grand Prix. A Triumph GP won the Isle of Man Grand Prix again in 1948, this time with DG Crossley, and they could be found on grids well into the 1950s. A 'Racing Kit' was subsequently made available for privateers riding T100s unable to get their hands on a genuine GP, with similar equipment to boost power of the standard T100's 32 horsepower to 42, culminating in the T100C of 1951, with an alloy head and cylinder barrels. The kit, costing almost as much as the bike itself, consisted of pistons (either 8.25:1 or 9:1), two racing camshafts, competition valve springs, a single-gallon oil tank, quick-release fuel tank and twin exhaust, plus two Amal carburettors, an 8,000 rpm counter and various other components. Approximately 175 original GP bikes were made (production numbers are somewhat vague but most sources put the figure somewhere between 150 and 200), almost all destined for racing and the few genuine survivors are sought after collector's pieces today. Production figures for bikes equipped with the 'Racing Kit' aren't known but a number competed successfully in Australia, both in period and more recently in historic events. 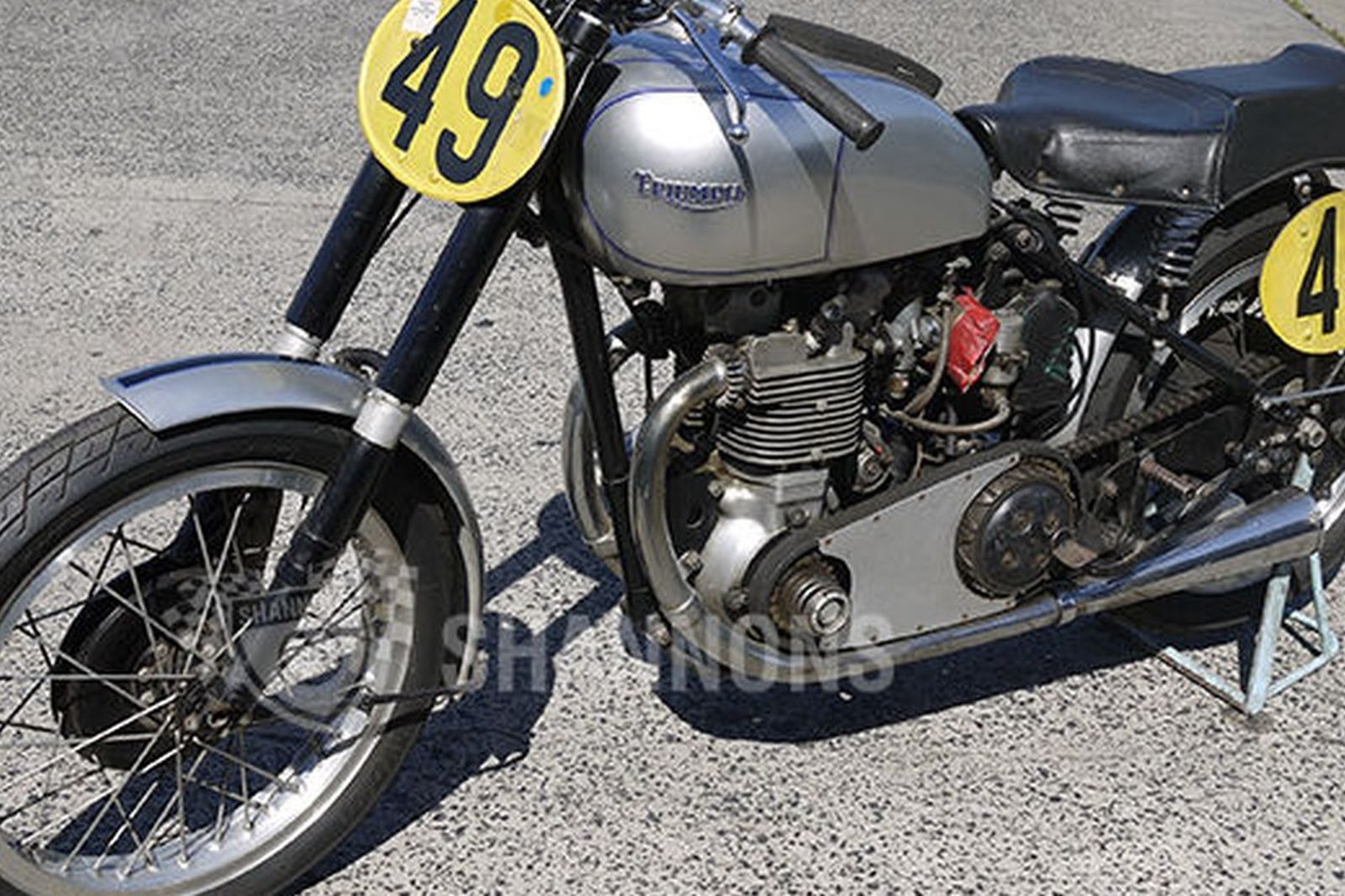 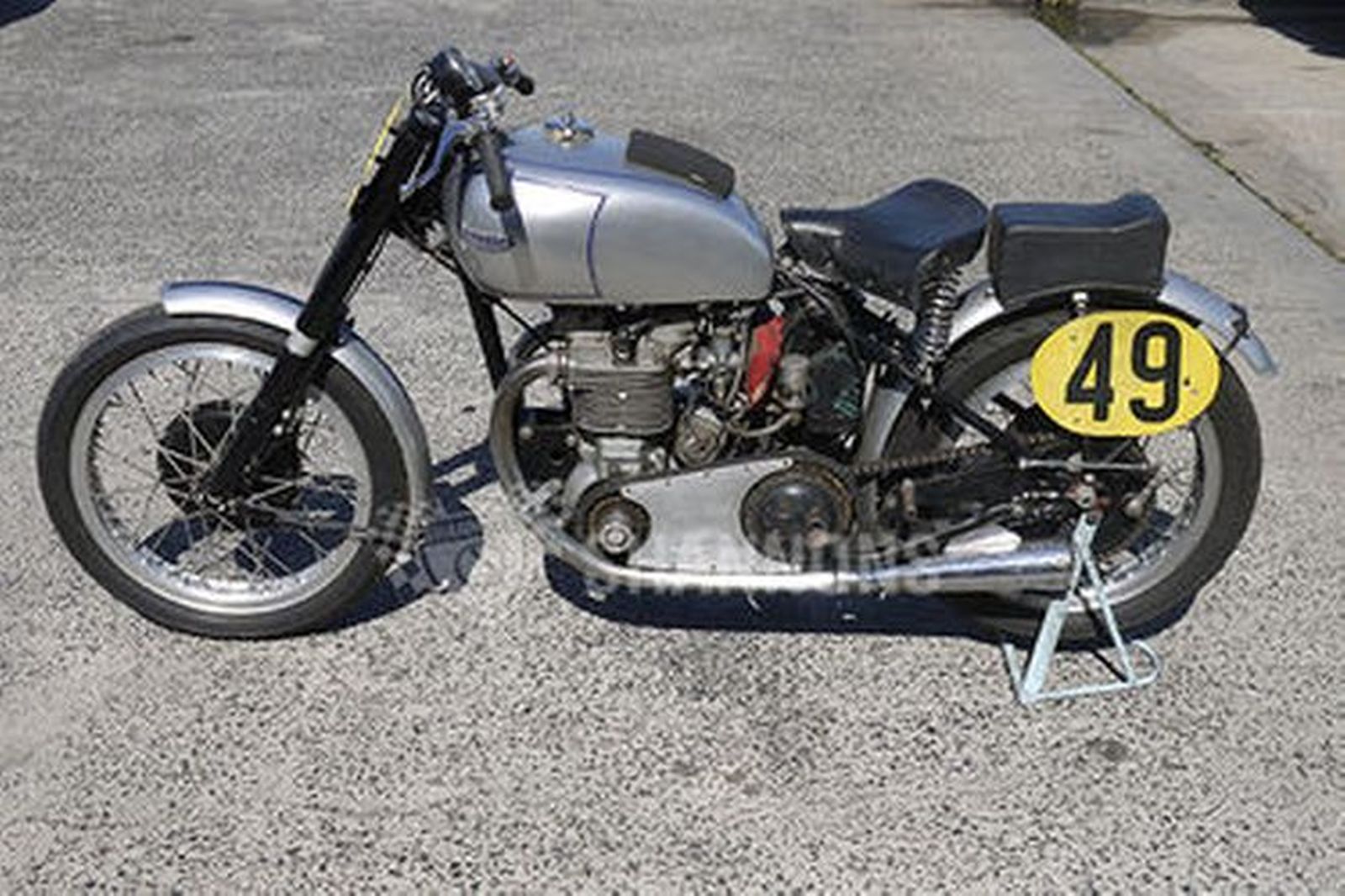 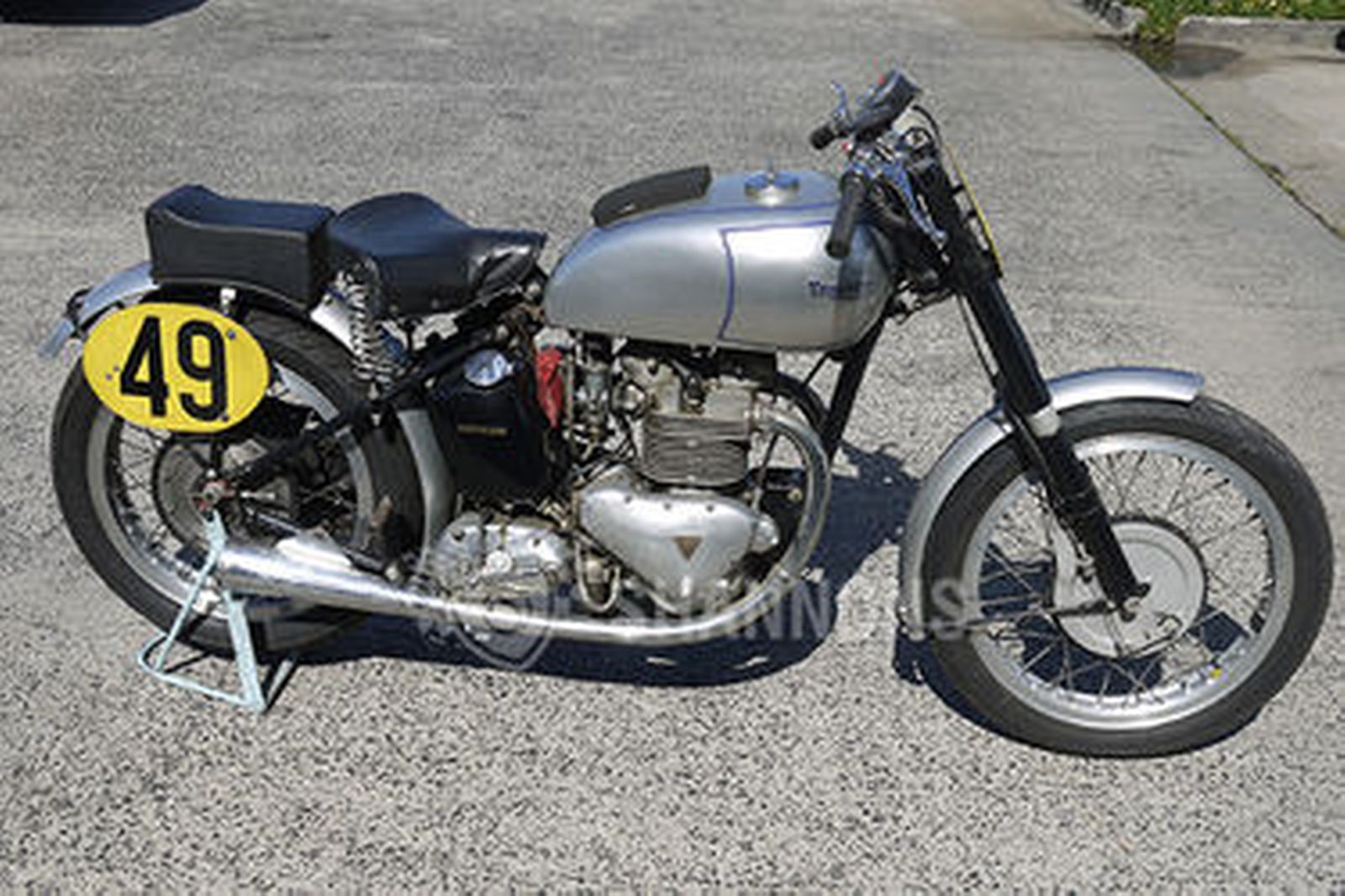 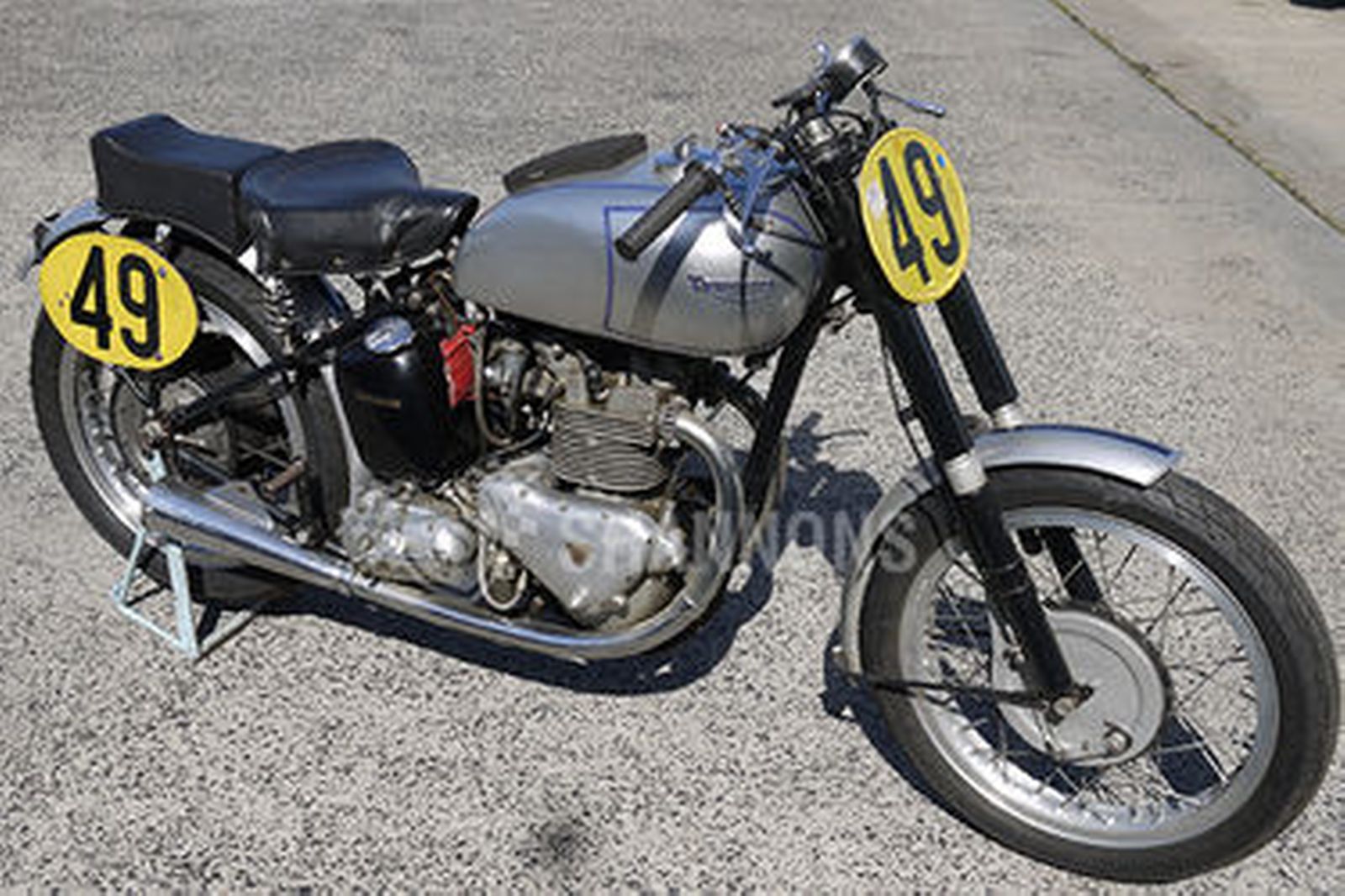 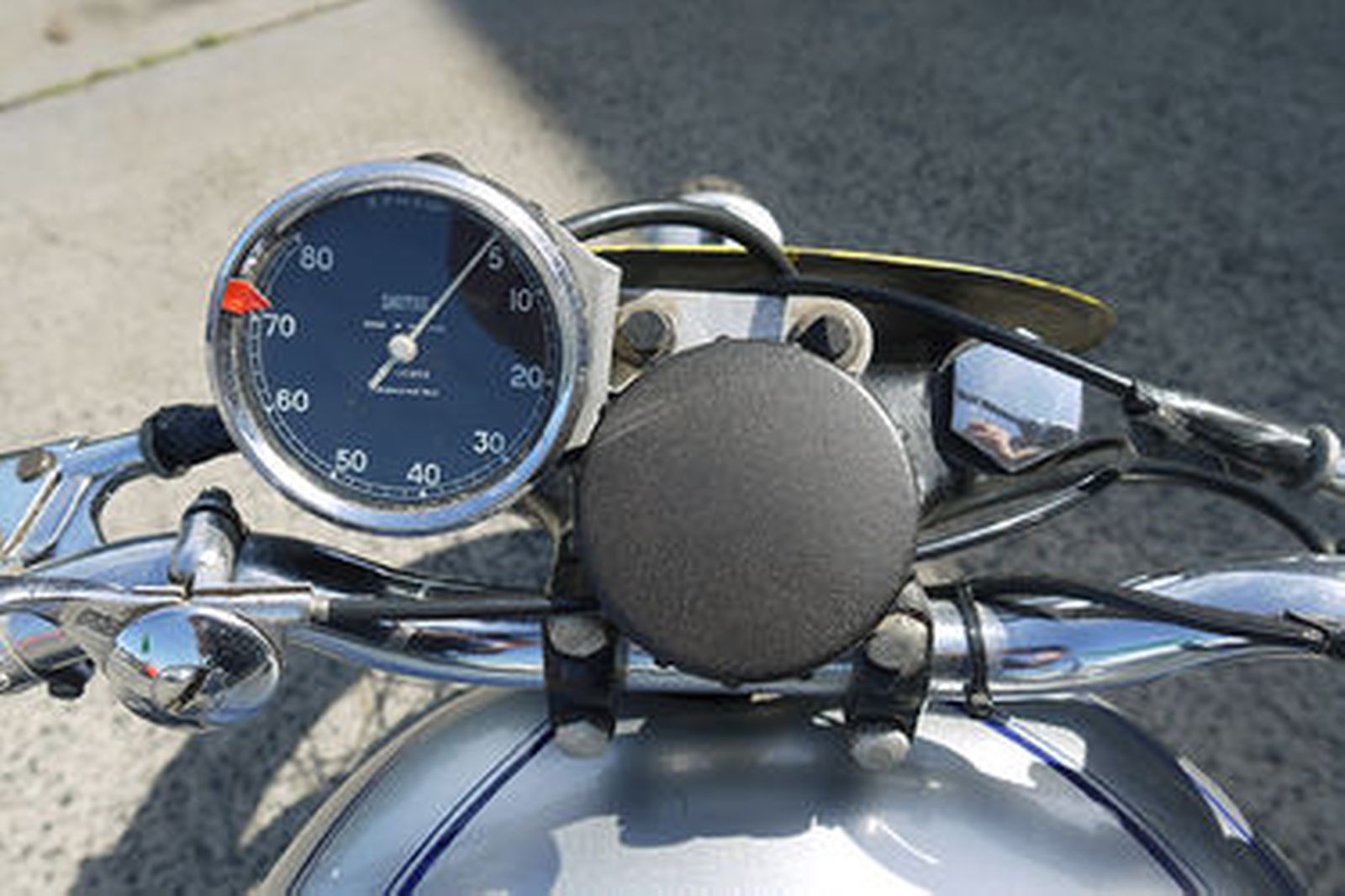 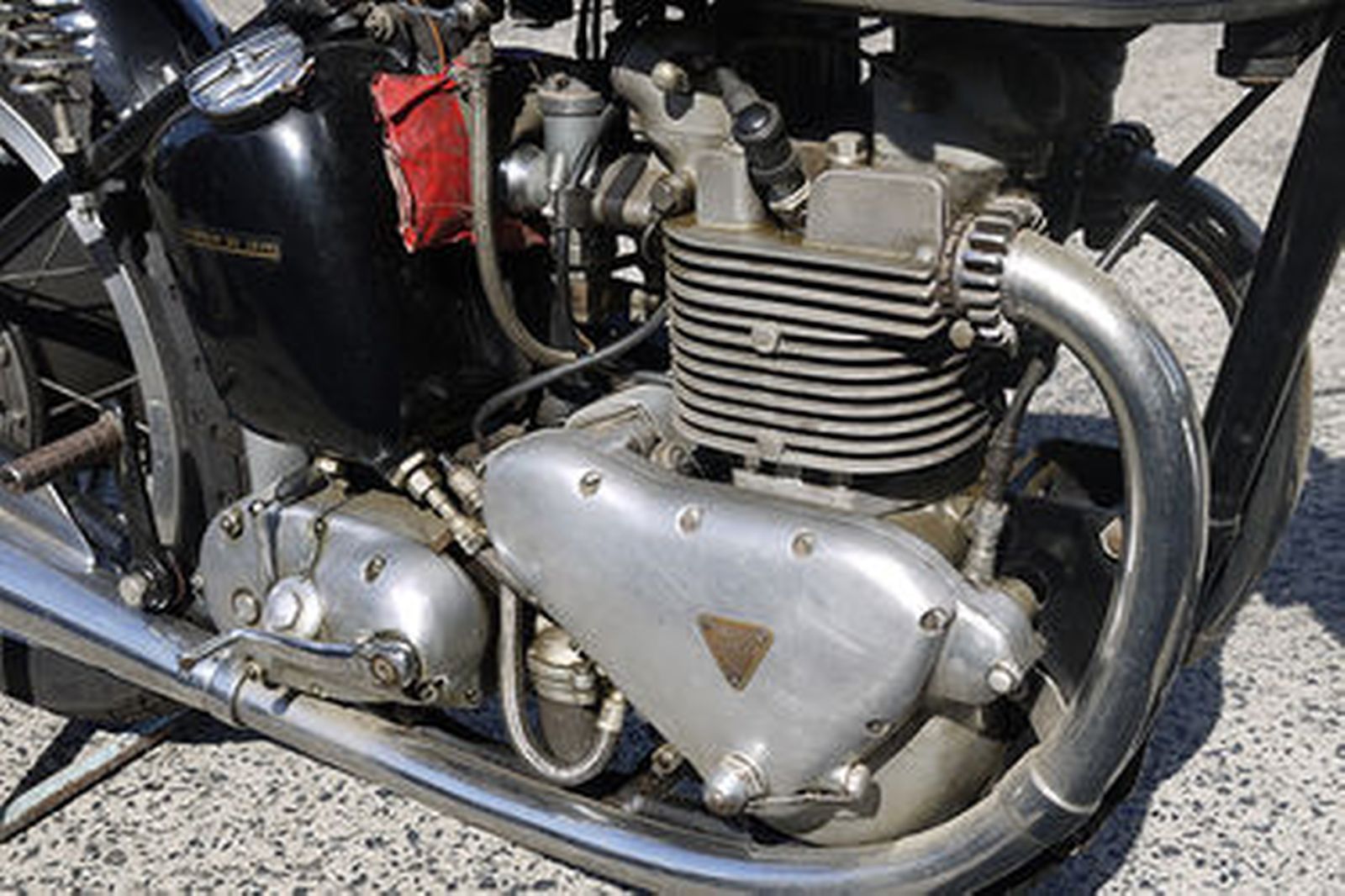 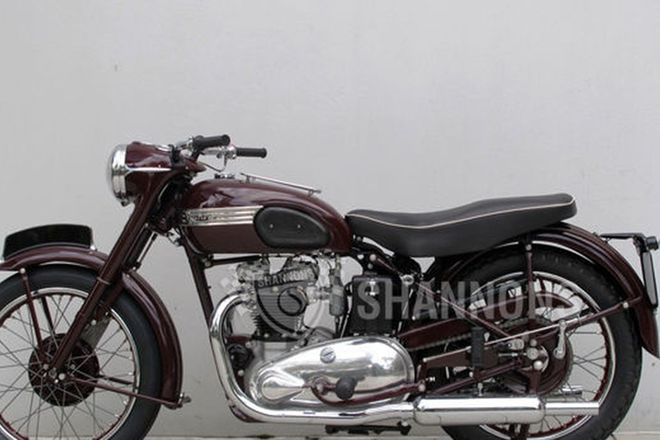 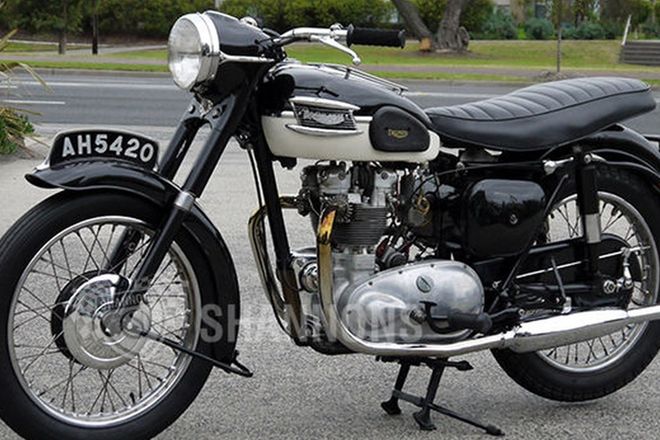 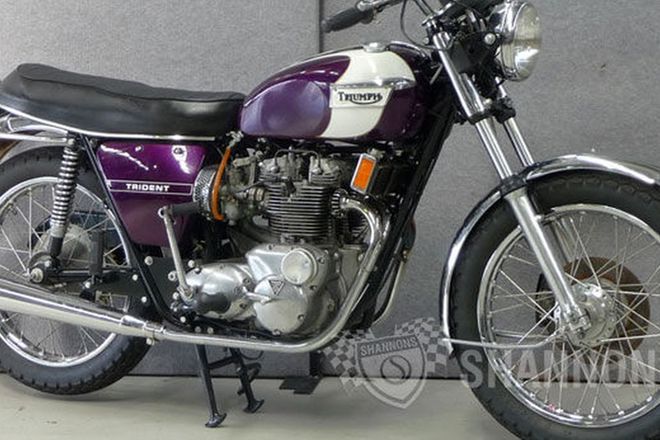 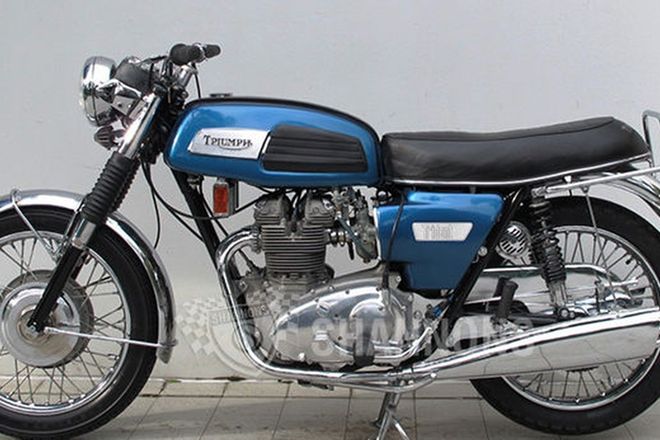