3895 people have viewed this lot

Manufactured between 1923 and 1928, Rugby cars were built by Durant Motors and were effectively rebadged Stars built for export to the United Kingdom and Australia, as the Star name was already registered to a company in England. In America, the Star had been introduced in February 1922 as a competitor to the Model T Ford and was built in both four and six-cylinder versions until January 1928, when the sixes became Durants and in April 1928 production of all Stars ceased. During this period, each Star model had an equivalent Rugby, who also turned out a successful range of commercial vehicles, ranging from car-based utilities and vans through to larger trucks. The four-cylinder W5 engine displaced 152-cid, with a maximum horsepower rating of 36 at 2600 rpm. The 1928 Rugby models were predominantly made in Elizabeth, New Jersey or Leadside, Canada. The M2 had a 107-inch wheelbase with four-wheel Bendix mechanical brakes, disc or wooden-spoke artillery wheels and semi-elliptic suspension all round. Notable features included Nelson Bohnalite pistons, silent timing chain, vacuum petrol feed, full crown wings, balloon tyres and was guaranteed to reach 60 mph. The S4 commercial model utilised the same running chassis and running gear, but came with a choice of Suburban, Open Express, Panel Van, Canopy Top or Convertible Business Roadster bodywork. Standard equipment on the S4 included a rear-vision mirror, automatic windscreen wiper, electric motor-driven horn, tyre carrier with spare rim and a tool kit. These versatile and dependable American vehicles proved popular with tradesman in Australia and as a consequence some of the best preserved examples survive here today. 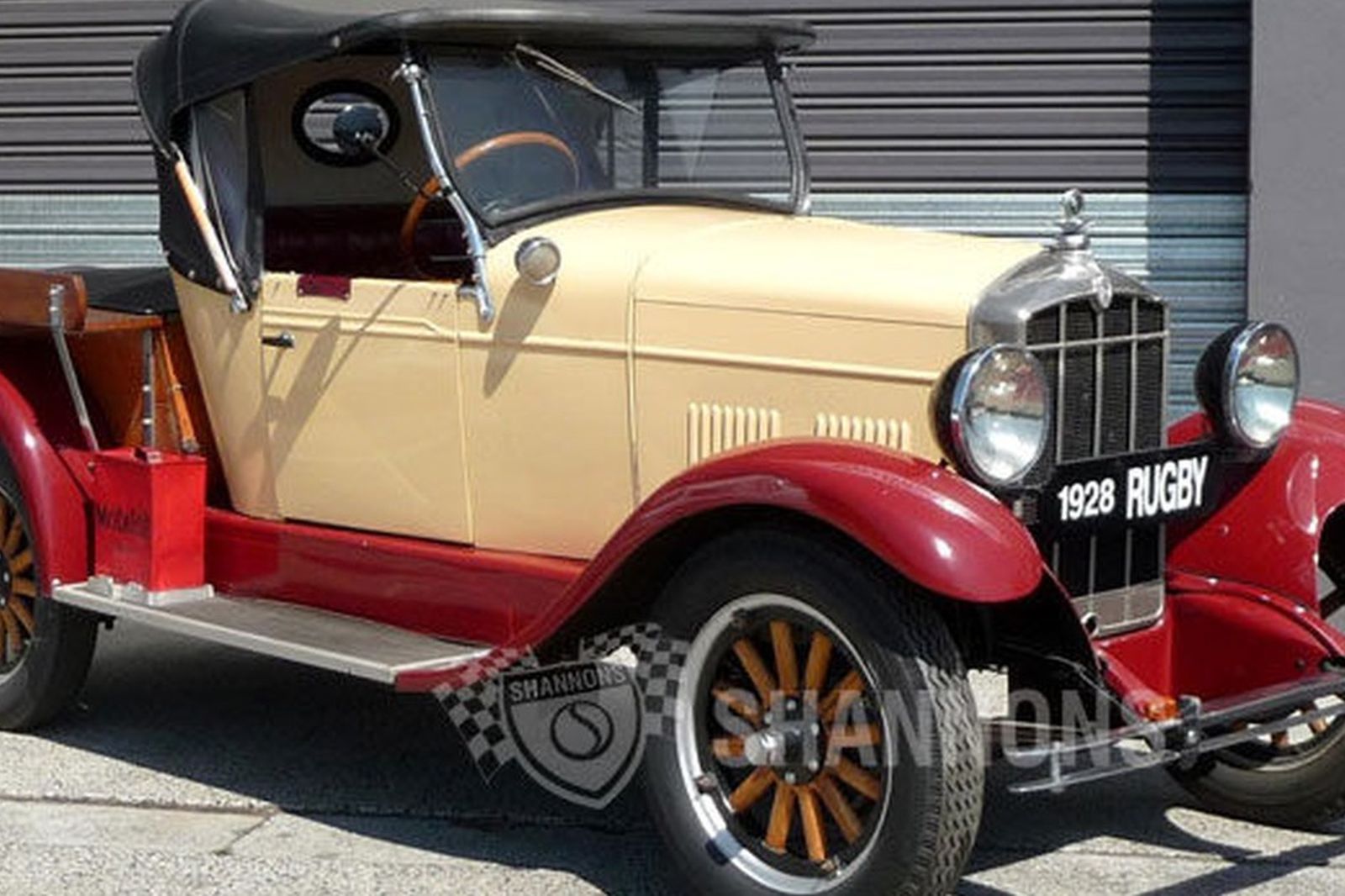 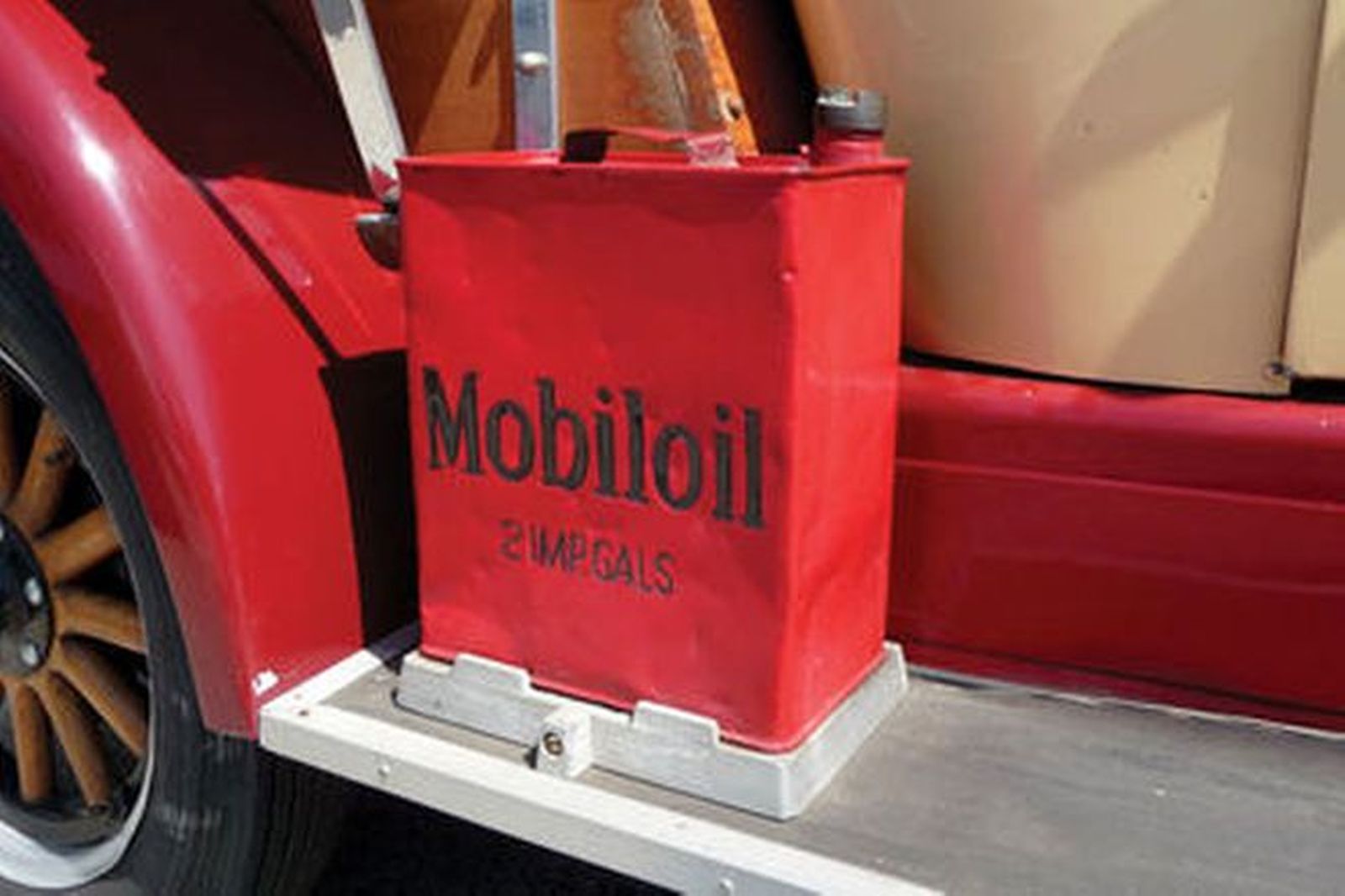 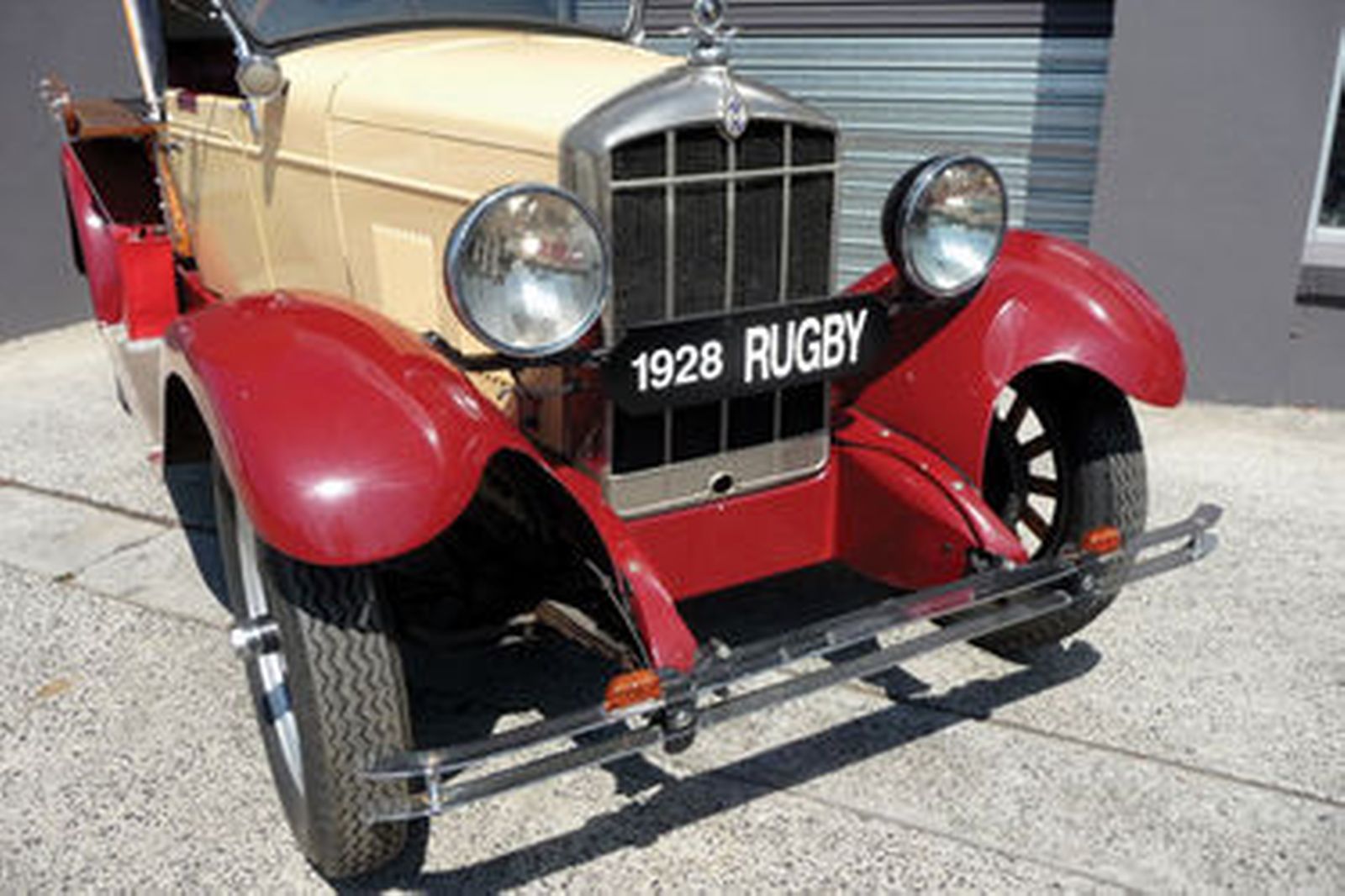 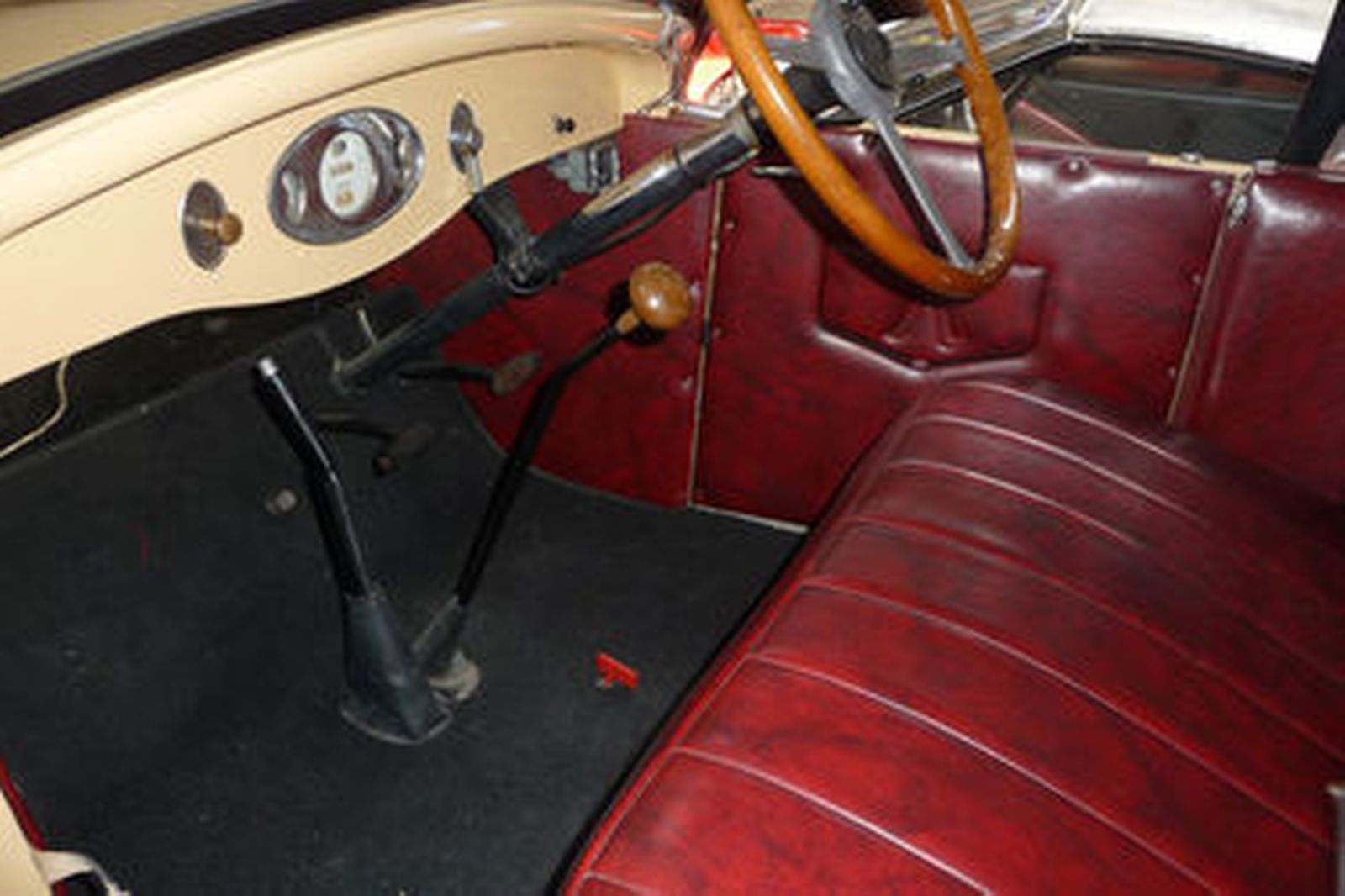 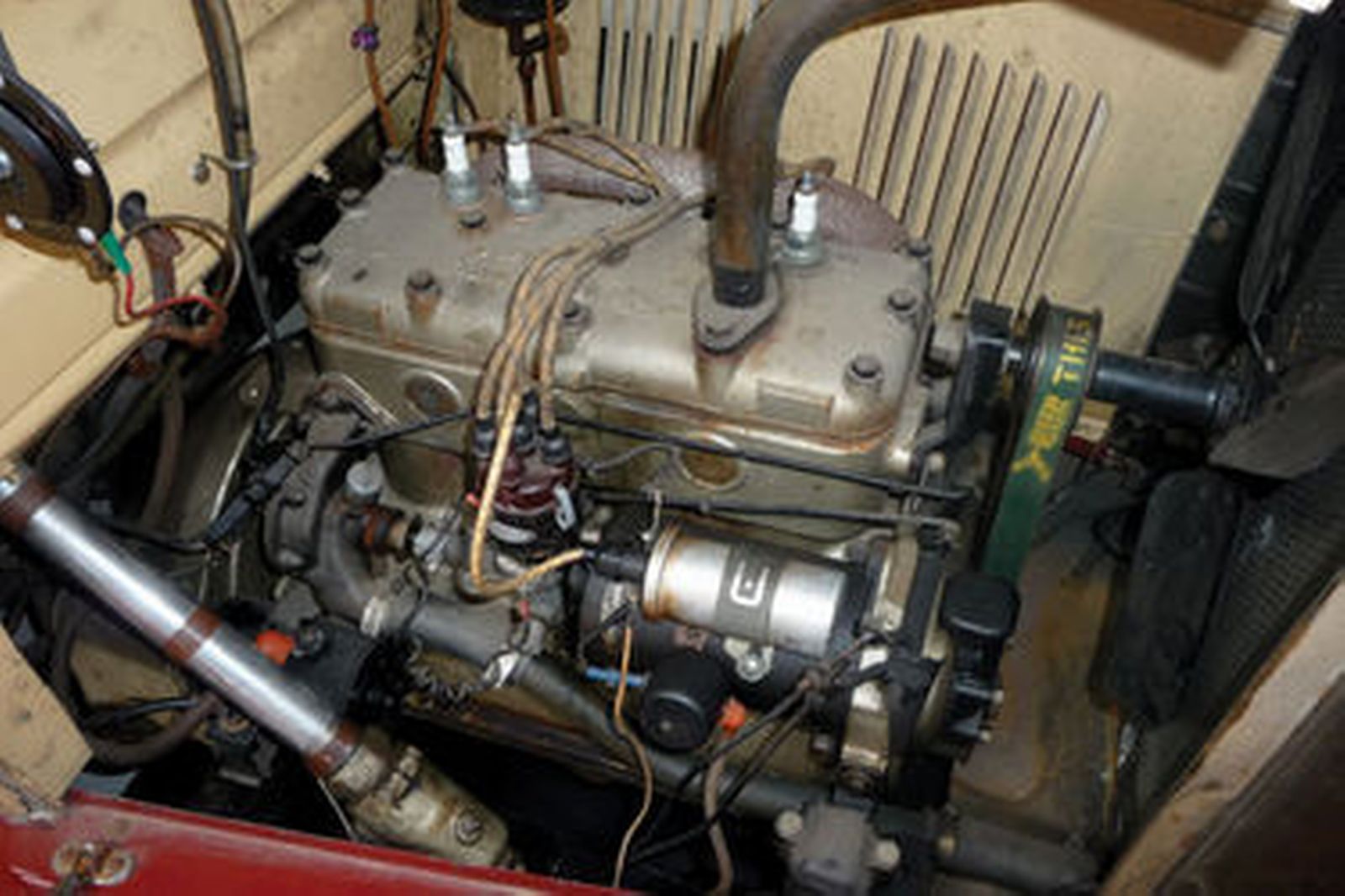