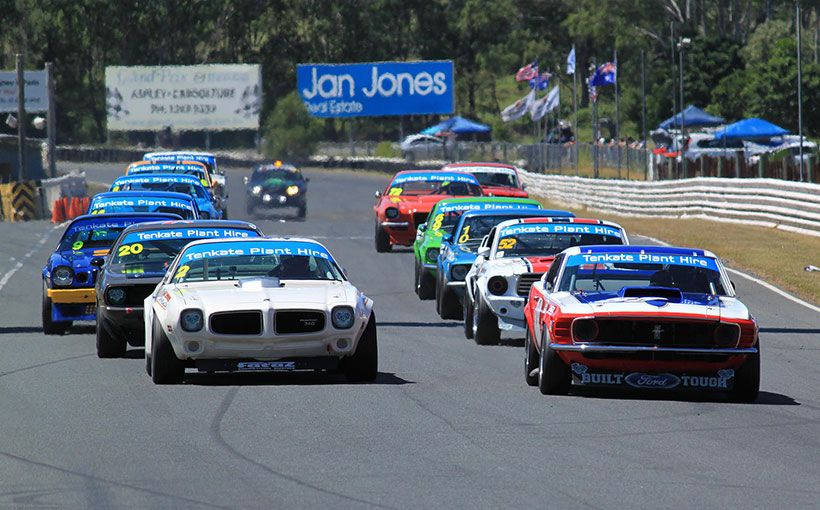 Queensland Raceway will reverberate to ‘2 Days of Thunder’ as Australia top Muscle Cars takes on their Kiwi counterparts over the coming June 20-21 weekend.

A highlight of this year’s ‘Shannons Thunder’ will be a round of the Australian Trans Am for two-door, rear wheel drive, V8-powered American production cars built from 1963 to 1974.

The defending Australians will include the current top-five competitors in the series – Charlie O’Brien (Pontiac Firebird), Ian Palmer (Plymouth Cuda), plus Craig Harris, John English and Anthony Tenkate – all in Ford Mustangs.

Other events at Lakeside on the June 20-21 weekend include Group N Historic Touring Cars, Classic Sports Sedans and Queensland Touring Cars, while additionally there will be Muscle Car and Porsche sprints.

The Shannons ‘2 Days of Thunder’ will also feature a 50th Anniversary tribute to the immortal Shelby GT350.

Shelby owners around Australia have been invited to take part in a special display and will also take to the track in a lunchtime session on the Sunday, with a number of genuine 1965, 1966, 1967, 1968 and 1969 Shelbys expected to appear.

As in previous years, the off-track highlight of the meeting will be the Sunday Shannons Show ‘n’ Shine, with 18 Trophies up for grabs, plus parade laps of Queensland Raceway for entrants.

In addition, everyone getting an insurance quote from the Shannons trade stand over the weekend will go into the draw to win a Hot Lap with Jim Richards, which will take place at Qld Raceway on Tuesday, August 4, following the V8 Supercars round.

Those getting a Shannons quote at the Lakeside Classic on July 25-26 and the Qld Raceway round of the V8 Supercars Championship on August 1-2, will also go into the draw for the adrenalin-pumping ride.

Entry to the Champions Way, Ipswich Queensland Raceway ‘2 Days of Thunder’ will cost $20 for adults on the Saturday and $30 on the Sunday, with an adult Weekend ticket $40. Children Under 12 will be admitted free. 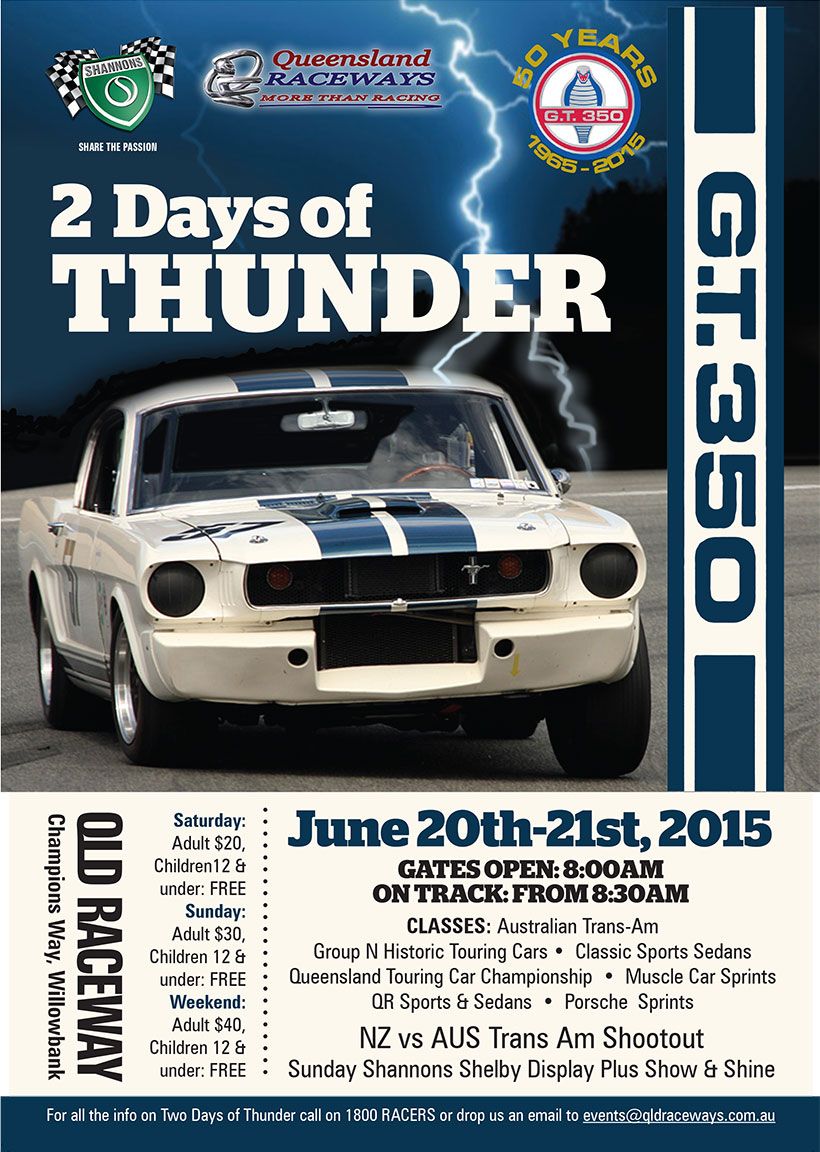