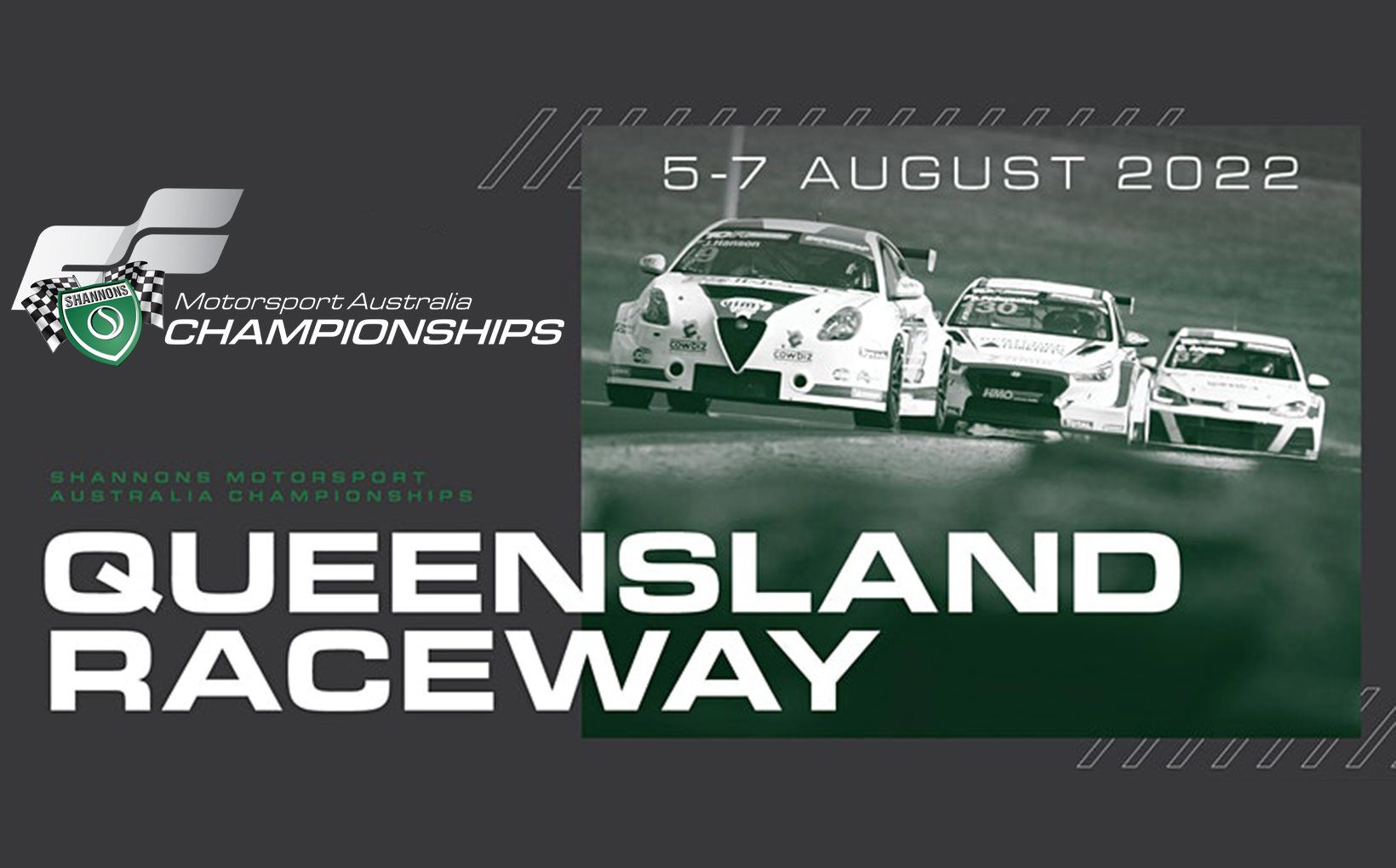 The schedule for the Shannons Motorsport Australia Championships’ return to Queensland Raceway has edged closer to completed with eight categories confirmed for the weekend.

All eight categories have already begun their 2022 seasons with some more along the road than the others – most notably the Supercheap Auto TCR Australia Series, which enters its fifth of the season in Ipswich.

It’s been a thrilling season so far, with less than 60 points separating the top six drivers.

The Turtle Wax Trans Am Series will also hold its fifth round at Queensland Raceway, with just six points the difference between current leader Owen Kelly and reigning champion Nathan Herne.

While not as deep into the 2022 campaign as the other two series, the Gulf Western Oil Touring Car Masters is still over the halfway line with August’s round to be its fourth for the year.

Again, another battle is shaping up at the top of the standings with John Bowe only 10 points ahead of Ryan Hansford.

Also having completed three rounds for 2022 is Radical Cup Australia, which is enjoying a good start to its new formation with a range of drivers having enjoyed race wins.

The four remaining categories scheduled for the fourth Shannons Motorsport Australia Championships event have all had just the one round so far. three of which took place last month at Sydney Motorsport Park, while

Three of the four categories in the Porsche Michelin Sprint Challenge Australia, Australian Production Cars and the GC Marine Australian Prototype Series had their first outing last month at Sydney Motorsport Park, the Motorsport Australia GT Championship’s first round was at Phillip Island in March.

The Shannons Motorsport Australia Championships at takes place at Queensland Raceway on 5-7 August.

For more information about the event head to motorsportaustraliachampionships.com.au