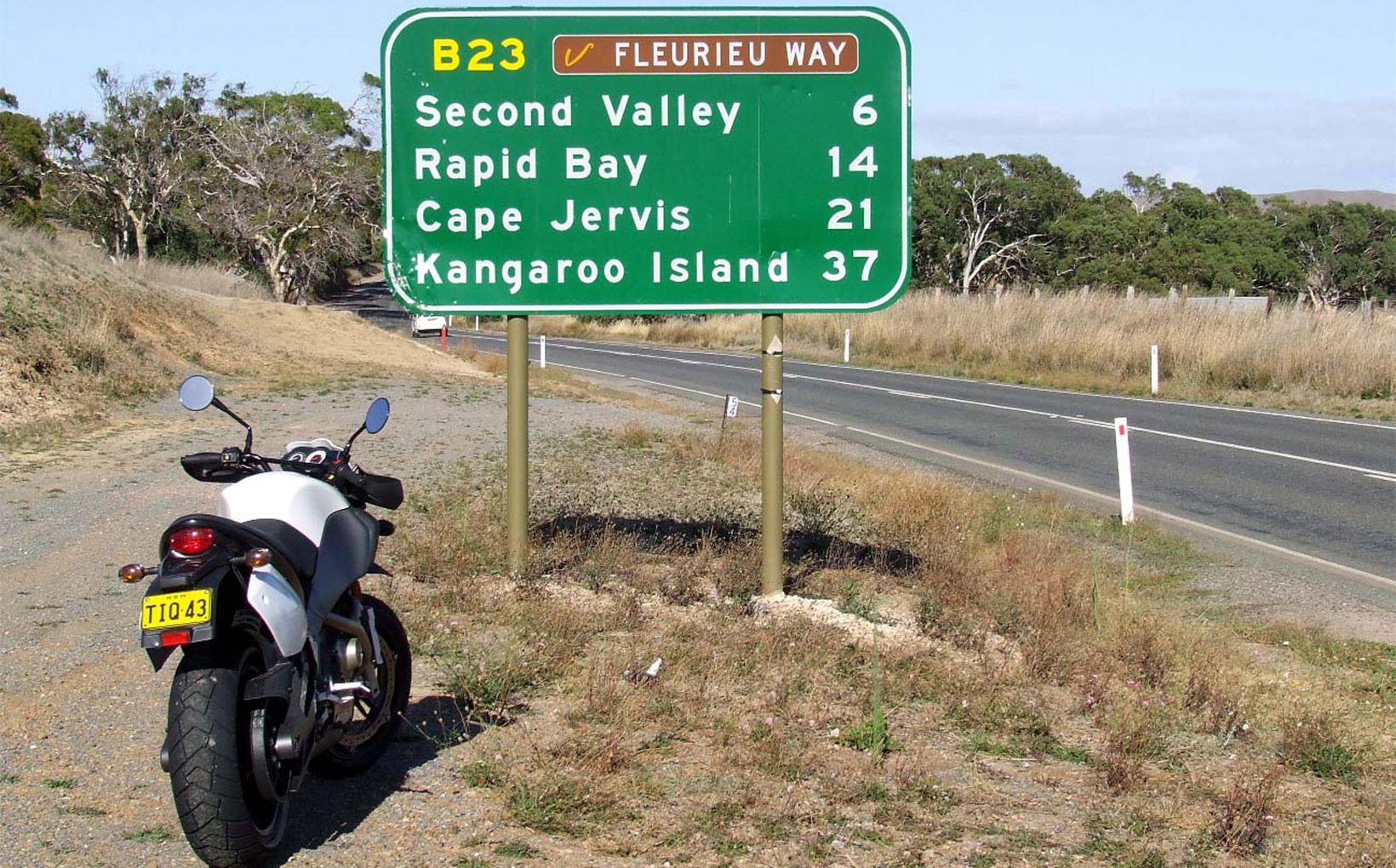 Just 90 minutes south of Adelaide is one of South Australia's best-kept tourism secrets. Second Valley, on the Fleurieu Peninsula, is straight out of a childhood book on pirates, smugglers and tales of derring do. It's as if you've been transported back in time to England's Cornish coast, and it comes complete with a jetty, a tiny beach, rocky cliffs and old boatsheds.

To get there you take the main road south from Adelaide to Victor Harbour, turning off to Myponga, just after Willunga Hill. The roads here are open with fast sweepers, which let you get into the groove for the tight corners you will reach in about 20 minutes. Lush grazing countryside takes you past dairy, prime beef and sheep farms. As you ride along, you look over cleared valleys, many with large dams to guard against drought conditions.

A hint of how this countryside looked before the settlers arrived is in the verges either side of the road. Hardy "cup" gum trees, which only grow to around 5m in height, and xanthorrhoeas (often referred to as yakkas), with their spear-like flower stems, stand guard on either side. 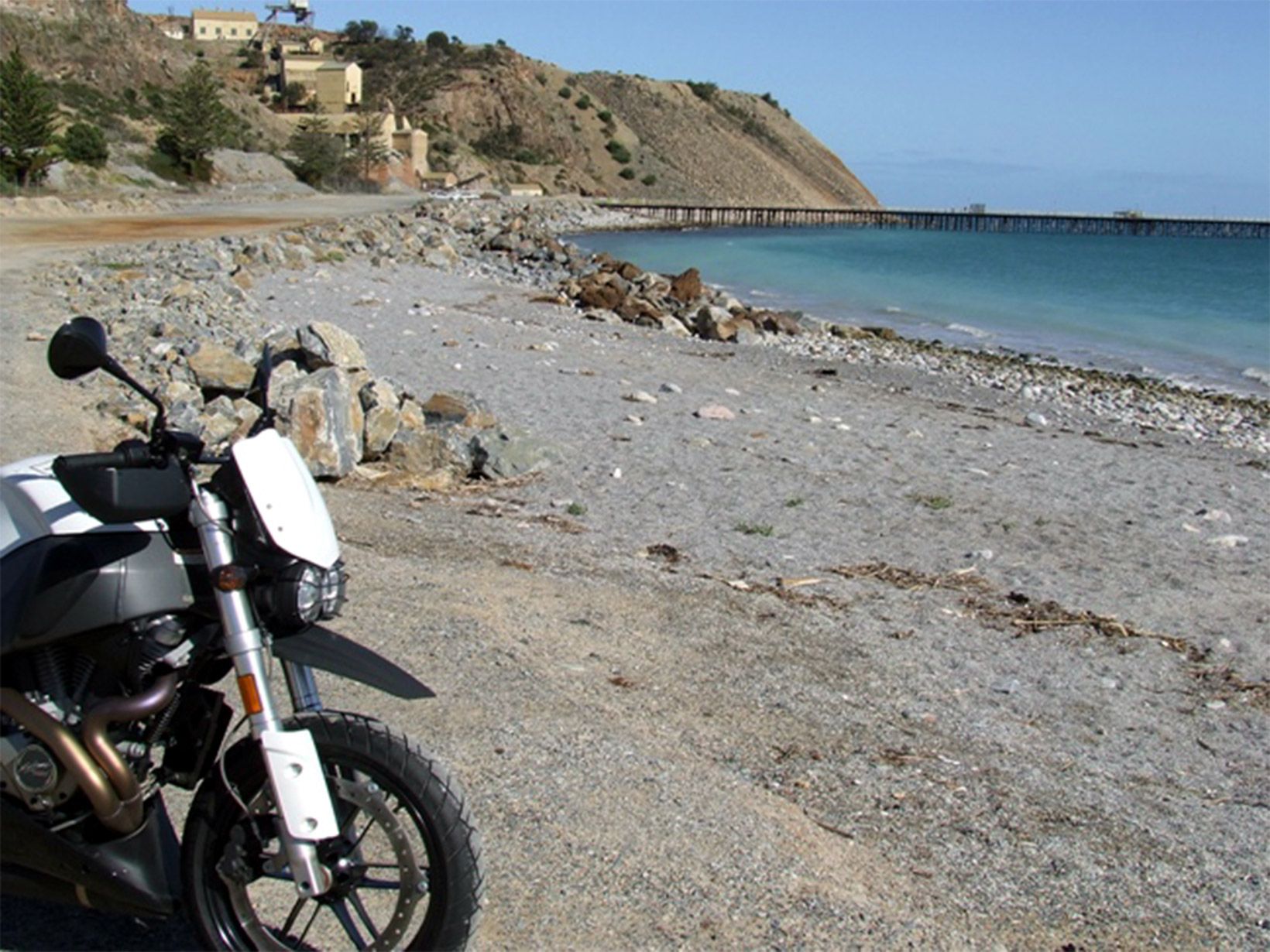 Myponga is a typical country town, which has a comprehensive weekend market well worth checking out. The ride continues to Yankalilla past the Myponga water reservoir. The road dips and winds across the hills, with occasional long-distance glimpses of the ocean, then suddenly drops down into Yankalilla itself.

The other side of this township is the coastal retreat of Normanville. If you are getting hungry, there is a great breakfast and lunch café on the waterfront. Follow the signs to the caravan park/boat ramp off the historic main street to the Normanville Beach Cafe.

It's a slight detour on the road to Second Valley but one that is well worth the effort. The road south takes you out of Normanville to Lady Bay, where what was once coastal farmland is quickly being turned into holiday-house subdivisions. A glimpse of the past is an old church with graveyard. On the other side of the road is a huge stone stable, with a 1950s Grey Fergie tractor poking its nose out the front. 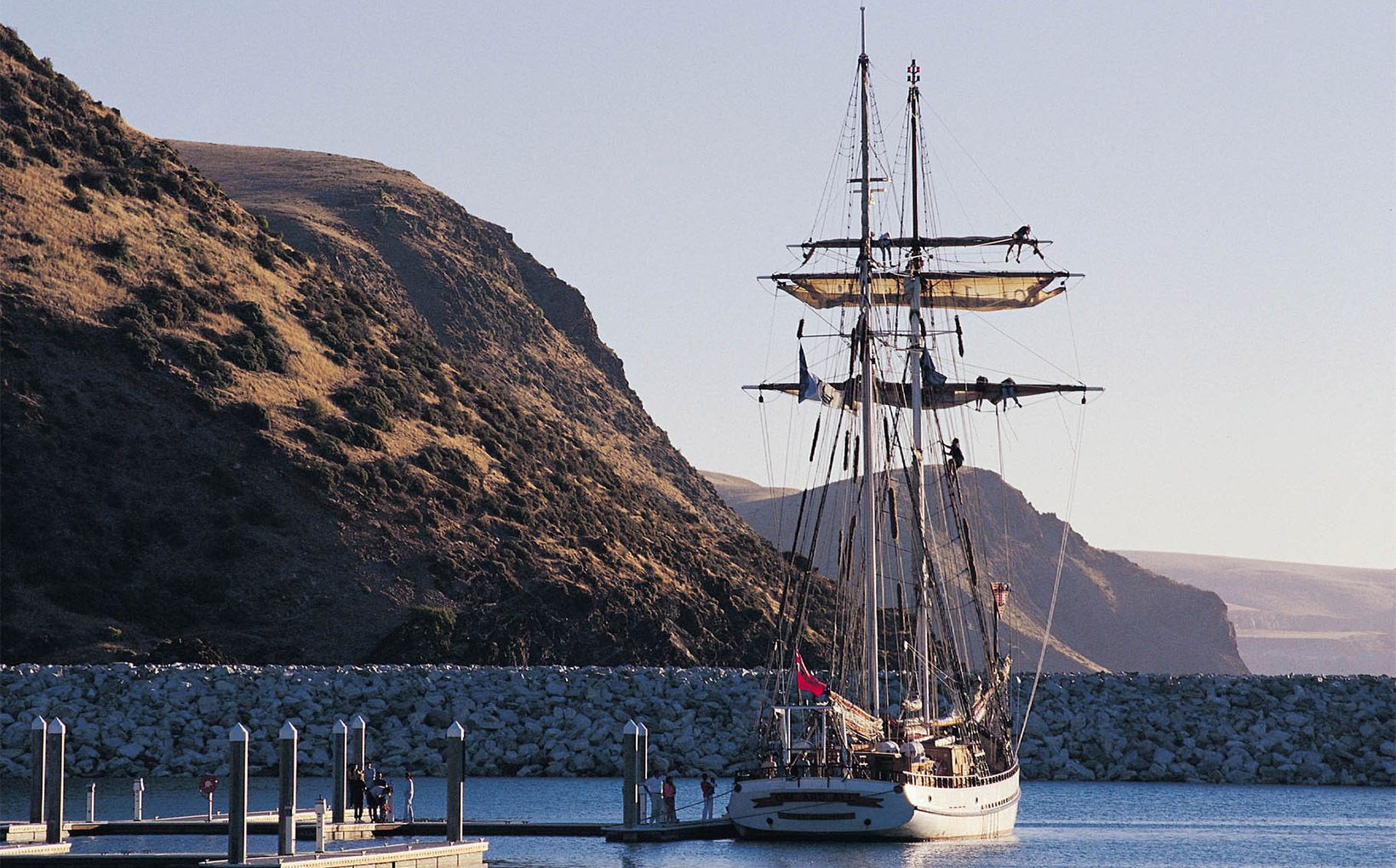 A few minutes further along the coast, a tree-lined, sweeping curve of tarmac takes you up to a lookout just off the main road. The view up and down the coast is quite spectacular. Bare, rolling hills tumble down to small cliffs and secluded bays. Huddled in the lee of the hills are some tiny cottages that look like they are straight out of a postcard from the Western Isles of Scotland.

The road now turns slightly inland, following a gentle valley for a few more kilometres to the Wirrina Cove turnoff. It's worth the 10-minute drive in to view the marina called Sunset Cove. The tall ship The One and All is usually berthed here. It's a reminder of how this area was one of the first parts of South Australia to be settled.

Back on the main road, Second Valley is just a few kilometers away. A collection of 150-year-old stone buildings, including an old grainery and mill, straddle the main road. Turn towards the coast past open paddocks and a few minutes later you are in another settlement of holiday houses, built in the 1930s. Behind them are more modern seaside retreats, but this place still retains its original charm. 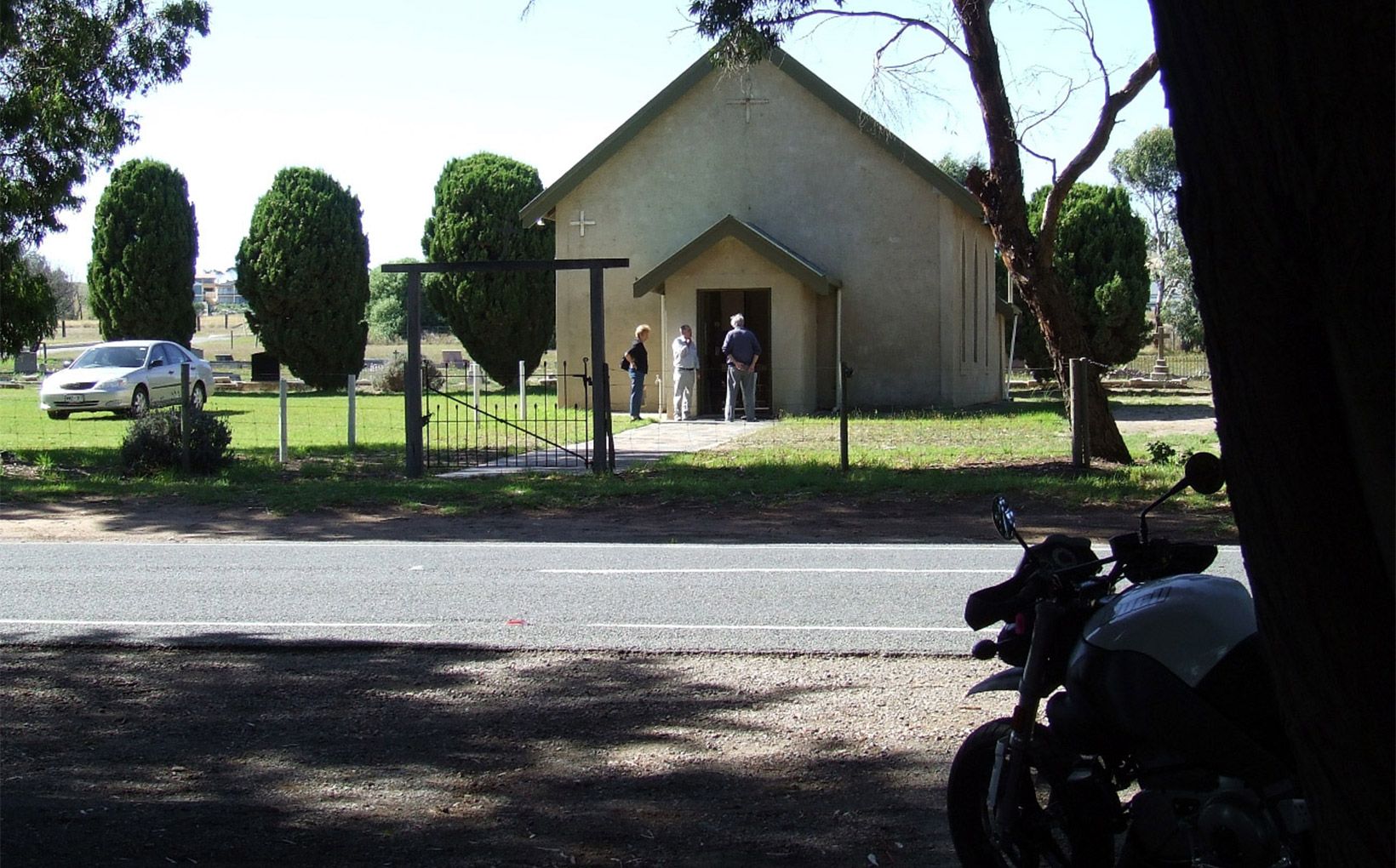 Cross a small stone bridge, turn the last corner and you are rewarded with an unexpected vista. Most beaches in Australia are sweeping expanses of sand, but this is a tiny, deepwater cove. At the height of summer the beach can only fit around 100 people.

Fishermen come here to try their luck off the jetty or walk along the cliff tops to find a secluded spot to cast from the rocks, while scuba divers come here hoping for an up-close experience with South Australia's Leafy Sea Dragon, a rare species of sea horse.

Second Valley Caravan Park is an affordable accommodation option here, with onsite vans. You could easily spend a weekend here lazing on the beach in summer, or walking along the rugged cliff tops in winter. 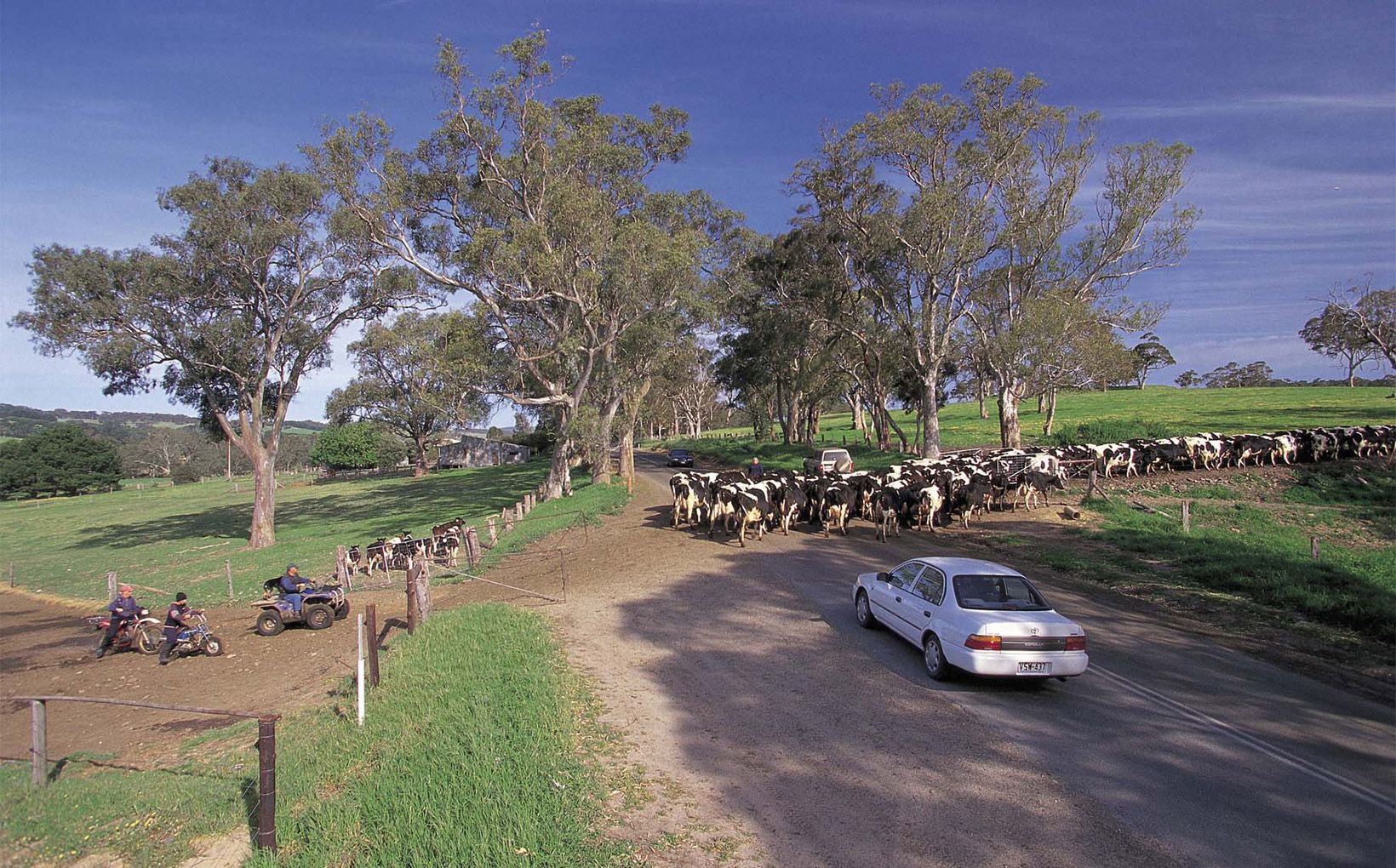 It's easy to see how the European explorers felt immediately at home here. French navigator Nicholas Baudin and his English rival Matthew Flinders mapped this coastline in the early 1800s, with Baudin naming it the Fleurieu Peninsula. By the 1830s, the district from Second Valley to Myponga had been surveyed and settlers were breaking in the land by the 1840s.

They came by sailing ship on a two-month voyage. It must have been amazing for them to arrive at the sort of countryside that is common in the south-west of England. Unfortunately, summer heat and the flies would have been their taste of reality.

Just south of Second Valley is Rapid Bay. Colonel William Light, who later laid out the grid pattern of Adelaide's city, made his first landfall on mainland South Australia here in 1836. He named it after his ship. Rapid Bay and Second Valley were both considered as potential sites for the new colony's capital. However, the plains of Adelaide farther north had much more potential. 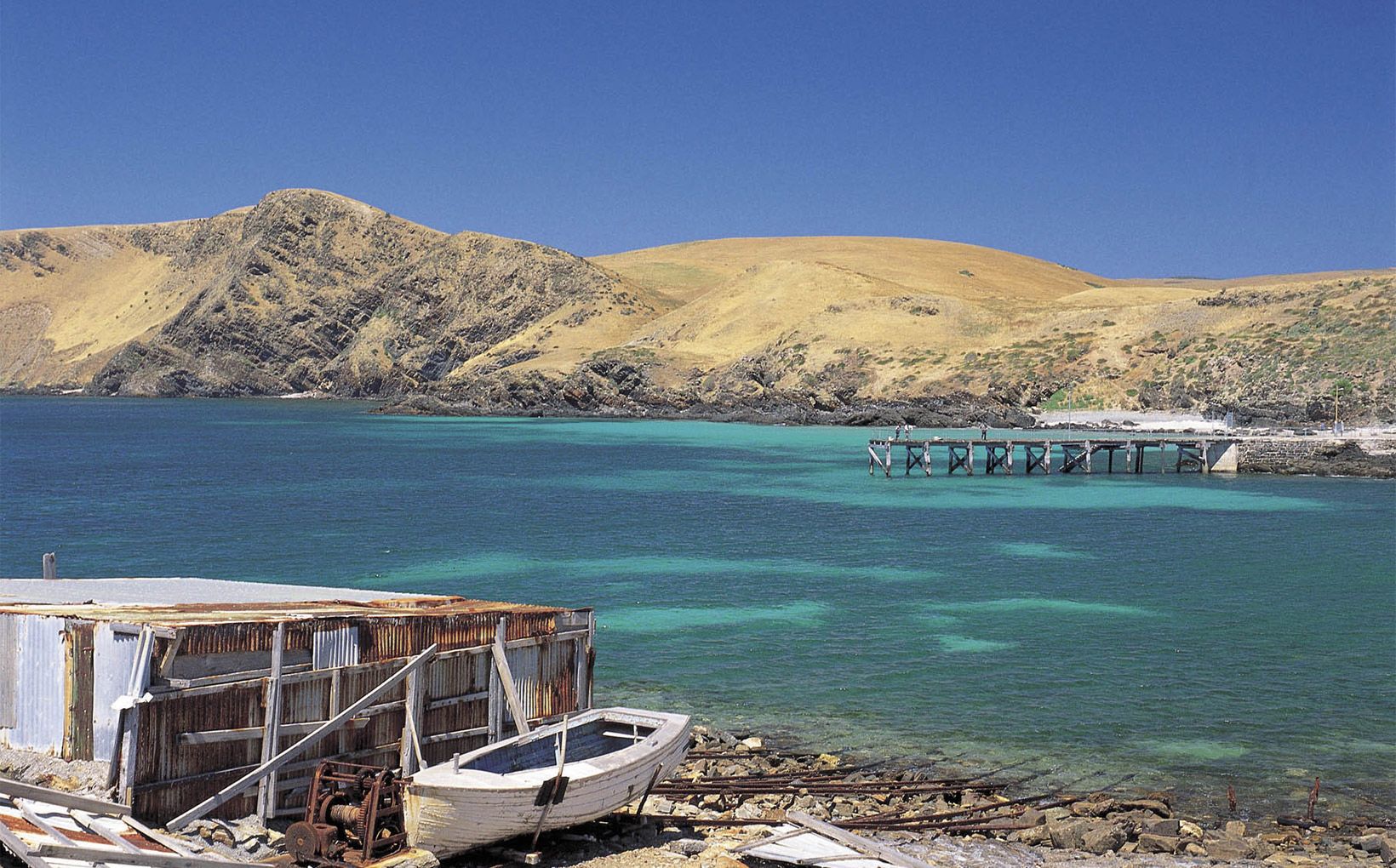 The short ride from Second Valley to Rapid Bay always gives me an eerie reminder of the mountain section of the Isle of Man TT course, with its lonely, bare and often windswept hills, with a ribbon of two-lane blacktop threaded across them.

Another fishing and diving paradise, Rapid Bay has an expansive caravan park right on the seafront. 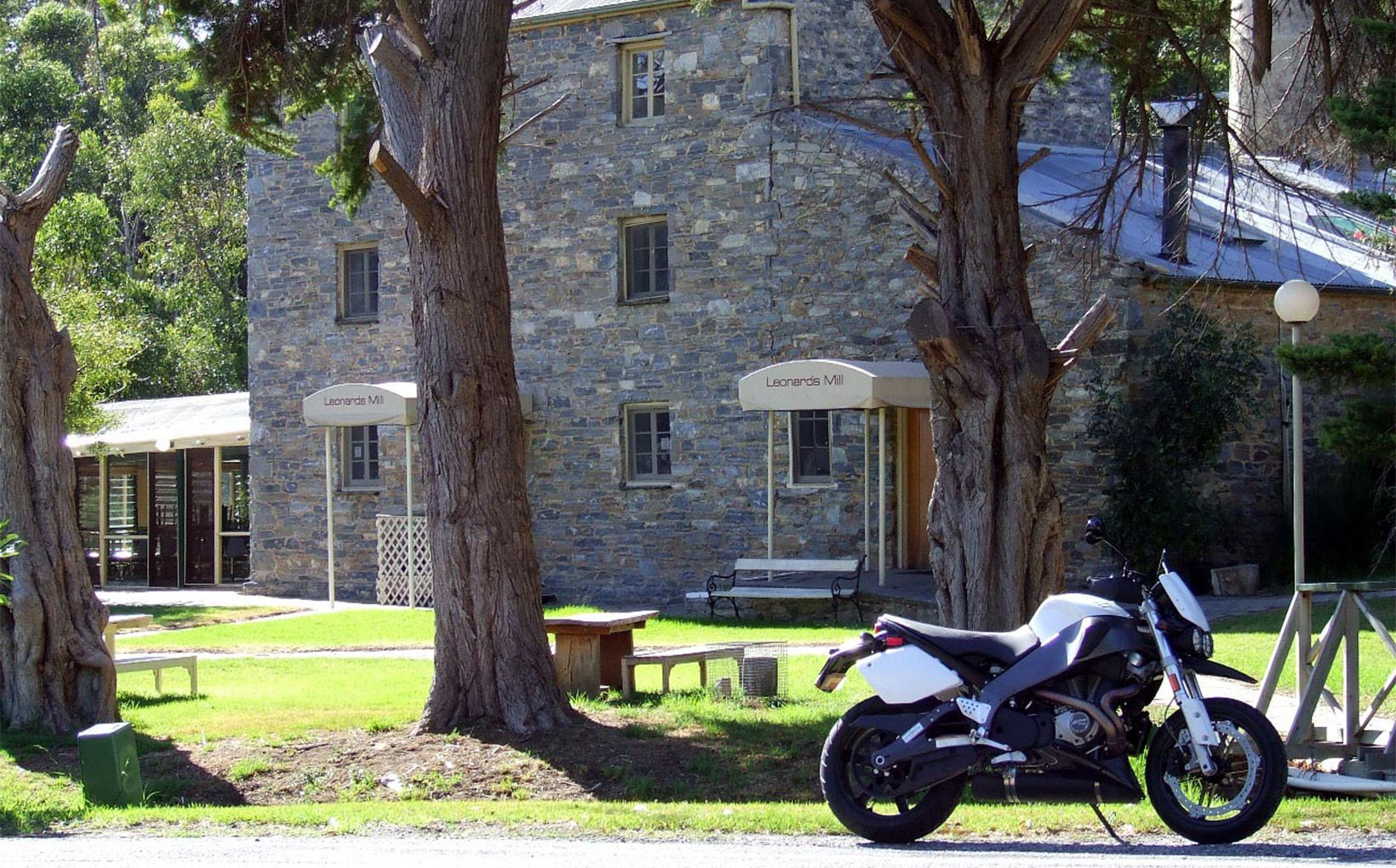 The town survives mainly because BHP established a limestone mine here in the 1940s. Devoid of tourism development (for the moment) is has a real time-warp feel to it. Then again, so to does most of the ride to Second Valley. Enjoy it before the sea-changers arrive en masse...

Know before you Go:

The main road south to Victor Harbour is one of the State's most dangerous. It funnels all the holiday traffic on just two lanes and should really be a freeway for its entire length. Beware of wild overtaking movements from drivers with heavily laden family vehicles.

There is a network of side roads off the route described here. One of the best is a mostly dirt road that leads up to the Myponga Reservoir just south of Myponga township. If you follow the signs you will end up at Myponga beach, a tiny seaside hideaway at the bottom of a steep gravel road.

Be warned. While most of the roads described have a 100km/h limit, this could be an inappropriate speed if a farmer decides to take his cows across a blind corner to the milking shed on the other side of the road. Speed limits around the towns are heavily policed, especially on weekends.