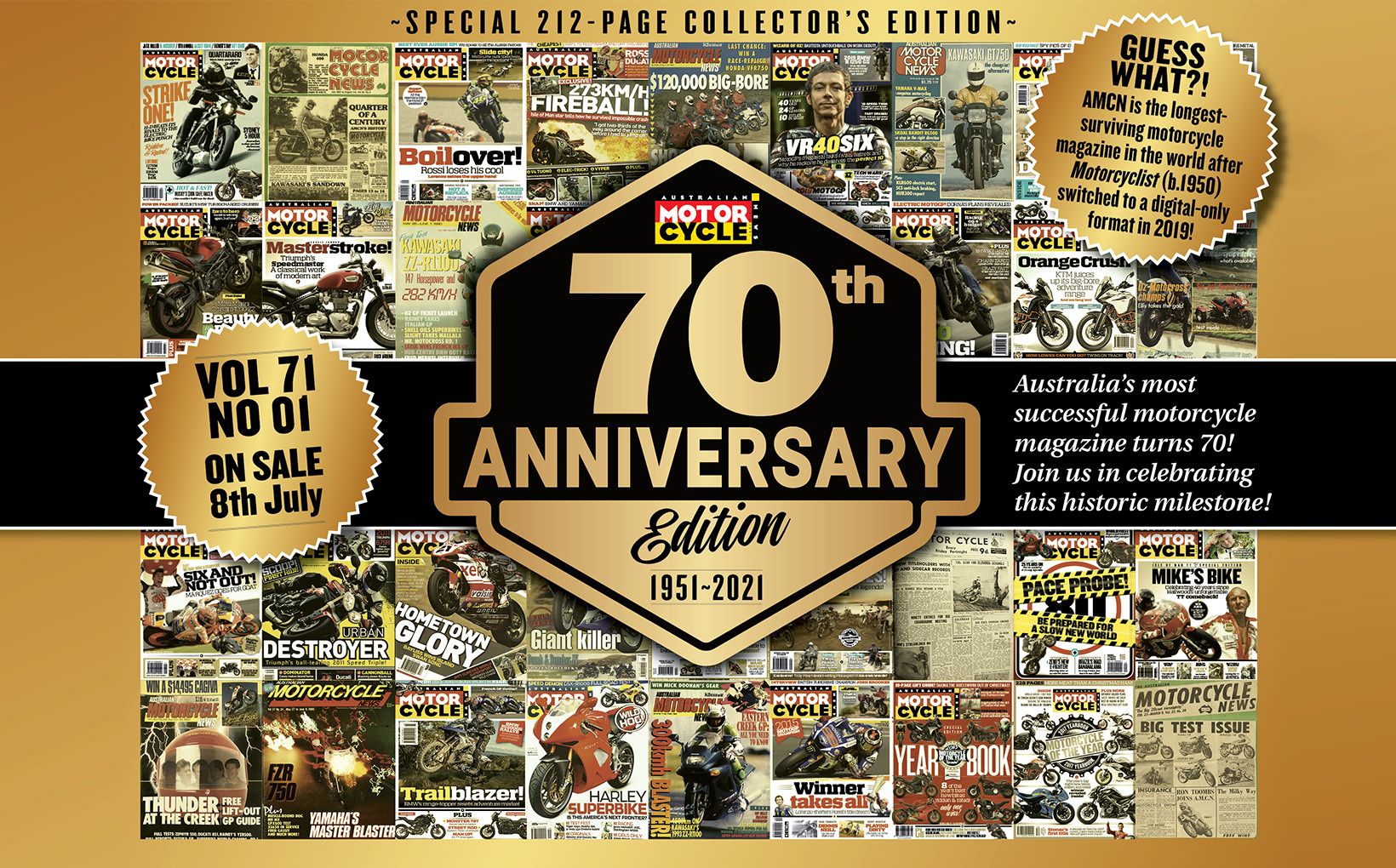 Australian Motorcycle News (AMCN) is celebrating its 70th anniversary with a bumper 212-page collector’s edition on sale from 8 July 2021.

It was way back on 1 June 1951 that the very first issue of what was then called The Victorian Motor Cycle Weekly was published, making what we know today as AMCN the oldest surviving motorcycle magazine in the world. 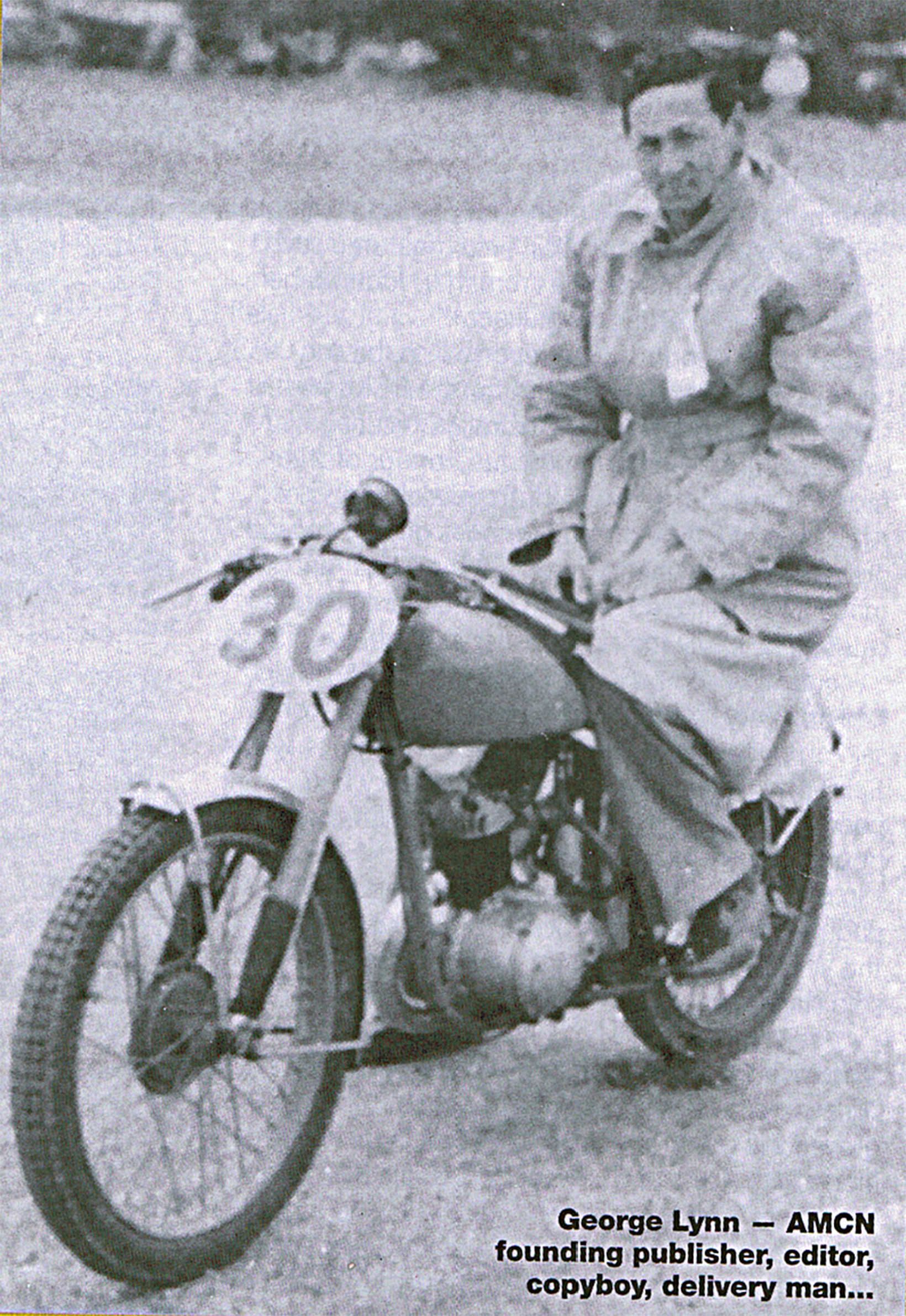 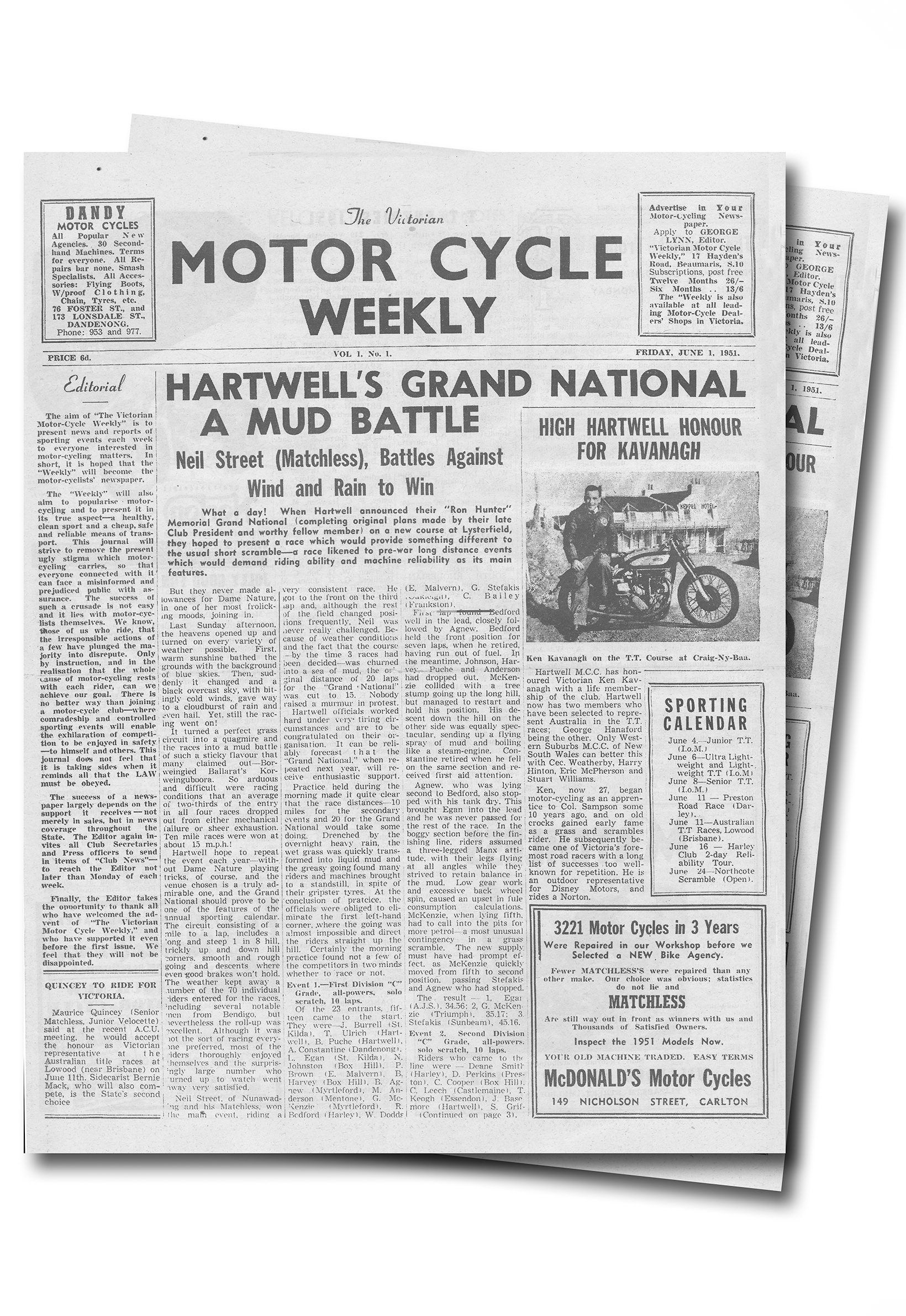 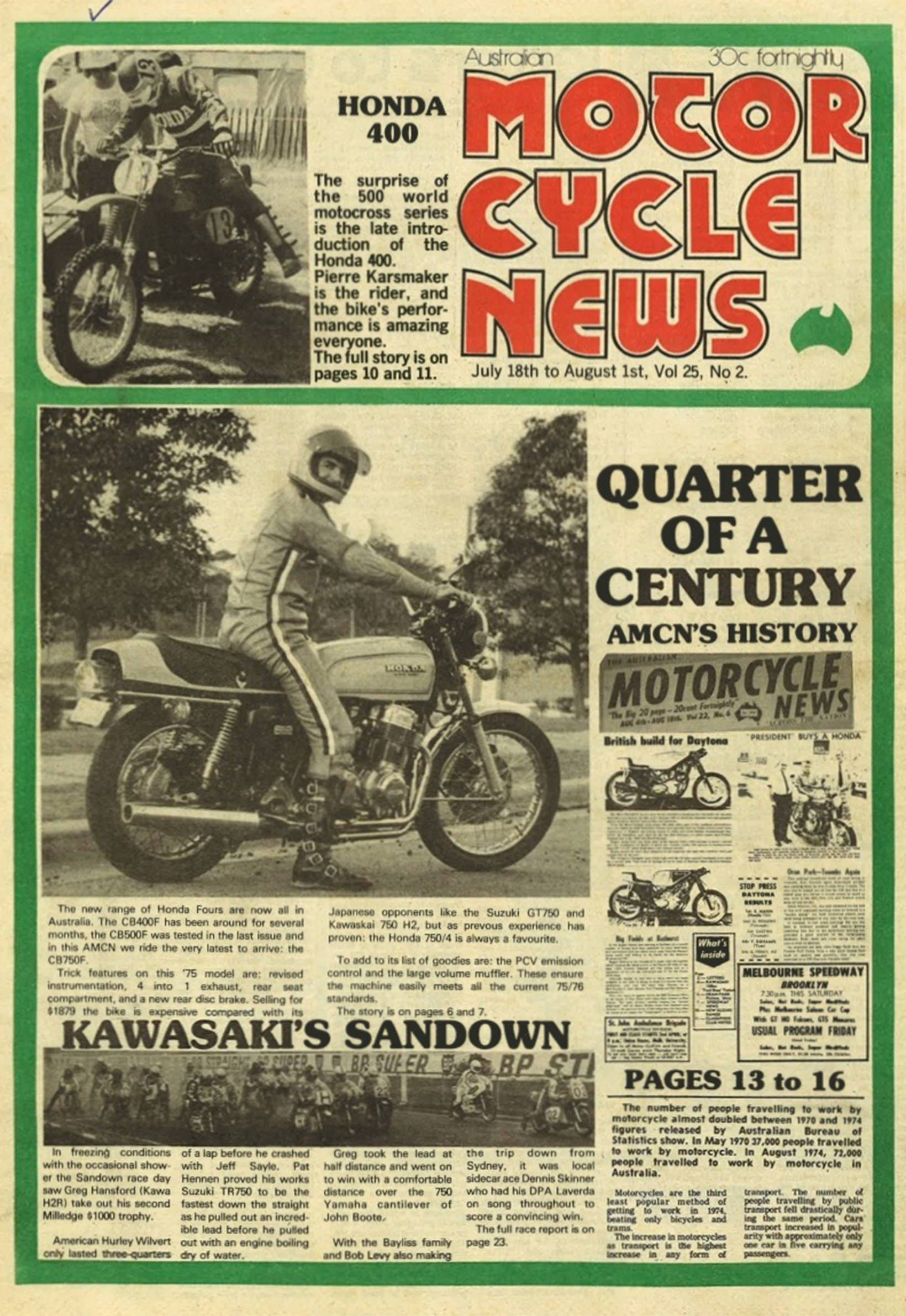 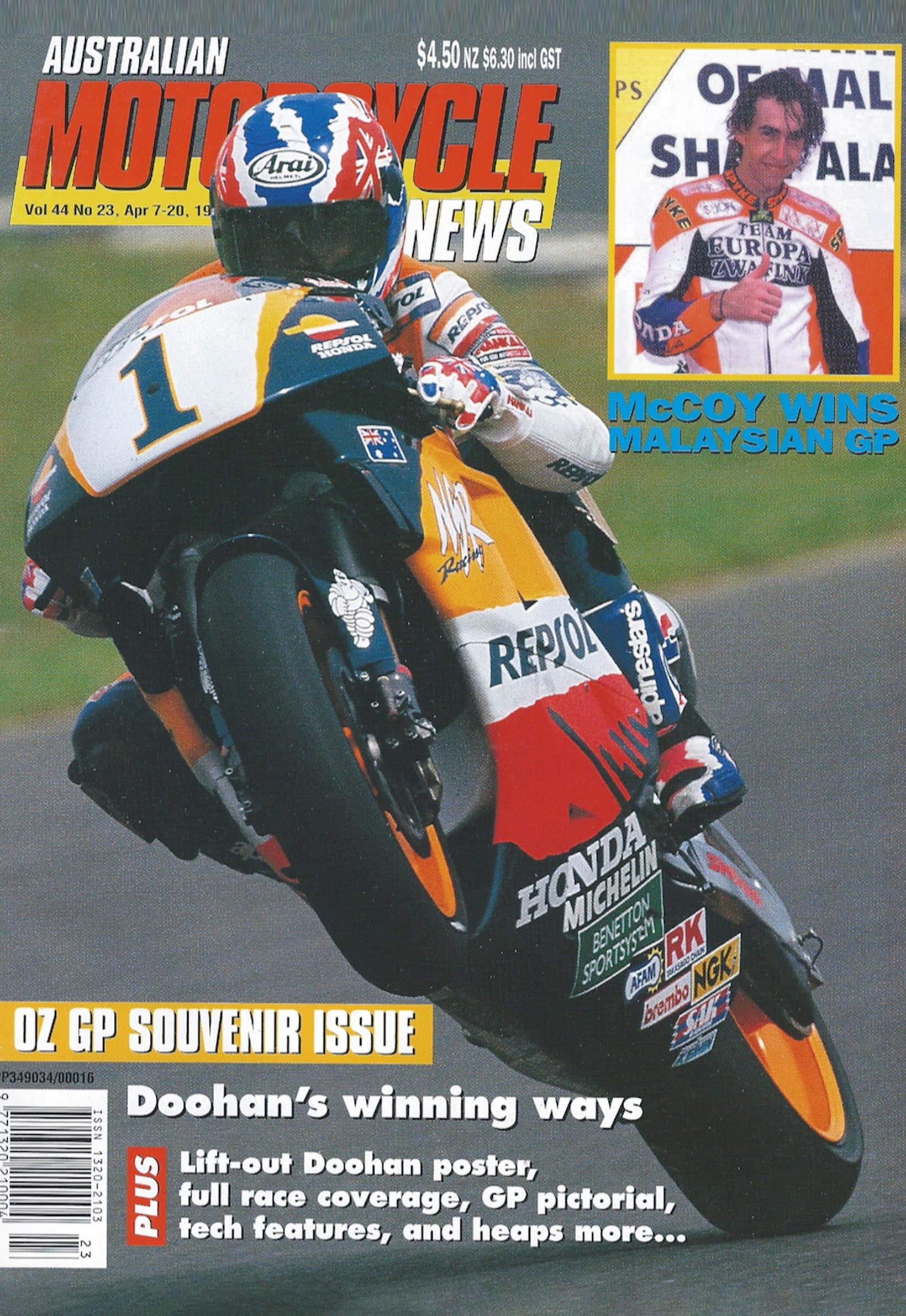 In his first editorial, AMCN founder George Lynn outlined the objective of his new publication as follows: “The aim of The Victorian Motor Cycle Weekly is to present news and reports of sporting events each week to everyone interested in motor-cycling matters. In short, it is hoped that the “Weekly” will become the motor-cyclists’ newspaper.”

Not long after its inception, The Weekly became a fortnightly publication, but it wasn’t until 24 May 1957 that it became a national publication with a name change to Australian Motorcycle News (AMCN) for Vol 06 No 23.

Lynn’s aim to fulfil the needs of motorcyclists is still one of AMCN’s guiding principles, although these days – in addition to race reports and news stories from around the globe – the fortnightly publication also contains feature articles, interviews, technology stories, motorcycle destinations, gear tests and much more. 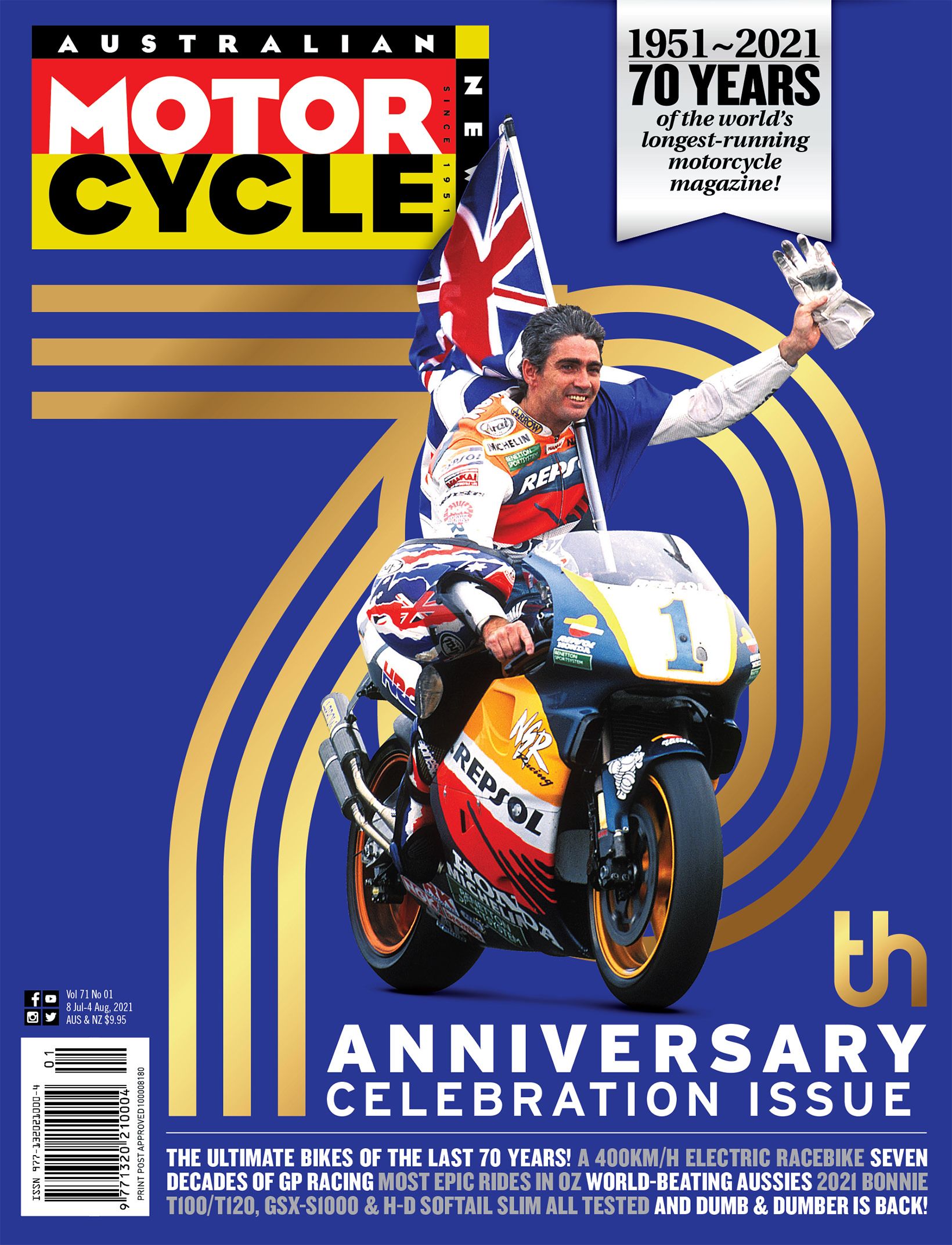 AMCN will officially celebrate its birthday with a bumper 212-page 70th Anniversary Edition (Vol 71 No 01) which will hit newsstands on 8 July 2021. This special issue will not only provide a more detailed insight into the incredible history of AMCN, but also take a look at how motorcycling has evolved over the past 70 years, and how Australian riders have had a huge impact on the world stage. The magazine will also take a peek into the future motorcycling, so make sure you grab a copy of this special collector’s edition.