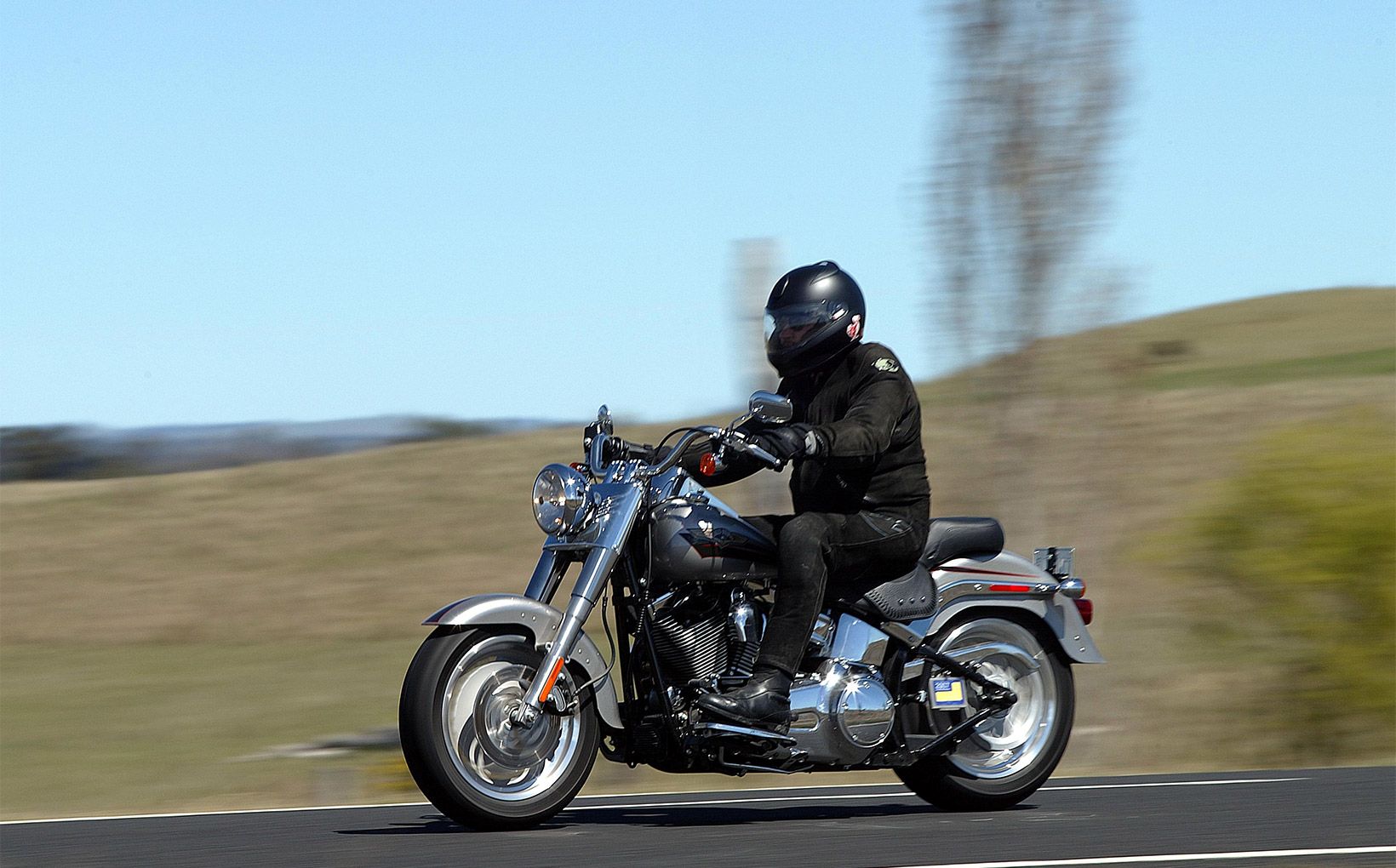 Even in Australia, which doesn’t have a particularly long history of road building, the Gwydir Highway in northern NSW is a mere stripling. The last part of the main highway to be built was officially opened on the 9th of December 1960. Even then there was bitumen on only 29 of its 73 miles. That’s despite the road itself being quite old, by our standards – but on a different alignment.

The road that would later become the Gwydir Highway was first constructed and improved in 1867 at the request of the Commissioner and Engineer for Roads in New South Wales who considered that “a good road via Newton Boyd, if the difficulties were not too great, would be  proper to adopt as a main road.” The following year the road, connecting at that stage Collarenebri and Grafton, was opened to full traffic and a steam ferry was established across the Clarence River between South Grafton and Grafton, completing the link. 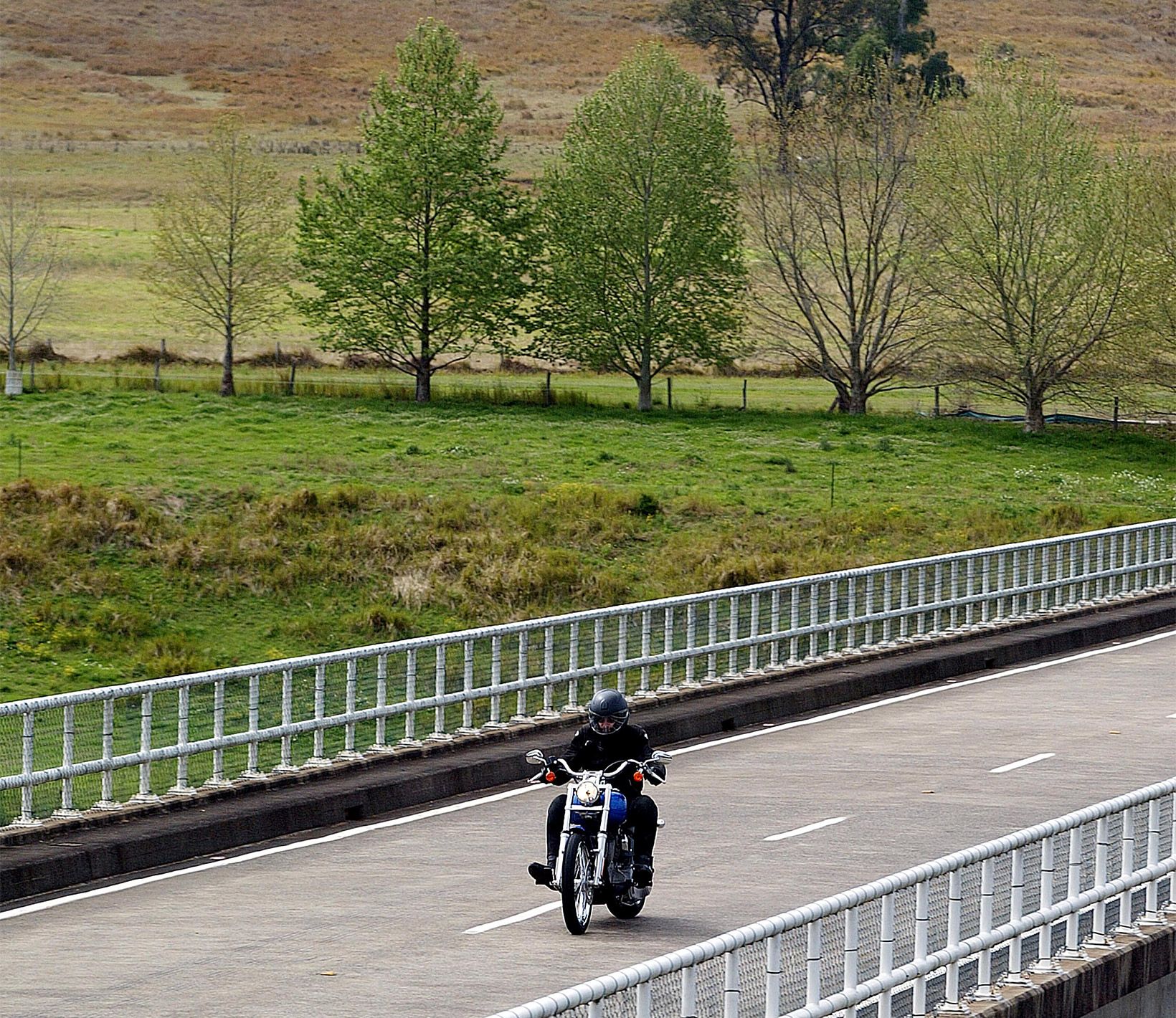 Bridges were built and the road was gradually improved in other ways, but there was a problem. The section between South Grafton and Glen Innes had a very steep section with several switchbacks at the aptly named Big Hill, just above Newton Boyd. In 1935, it was decided that “rather than reconstruct this section, with its steep grades, narrow cuttings and low standard of alignment, we will endeavour to locate a better route.” Widening the existing road (which we rode and wrote about a few issues back here in ARR) would have been very expensive and would still not have provided a satisfactory alignment on some sections. A general reconnaissance survey was carried out over a wide area in 1936 and this was followed by an aerial survey in 1937 – apparently the first time the Department of Main Roads had used aerial photography for this purpose in NSW. 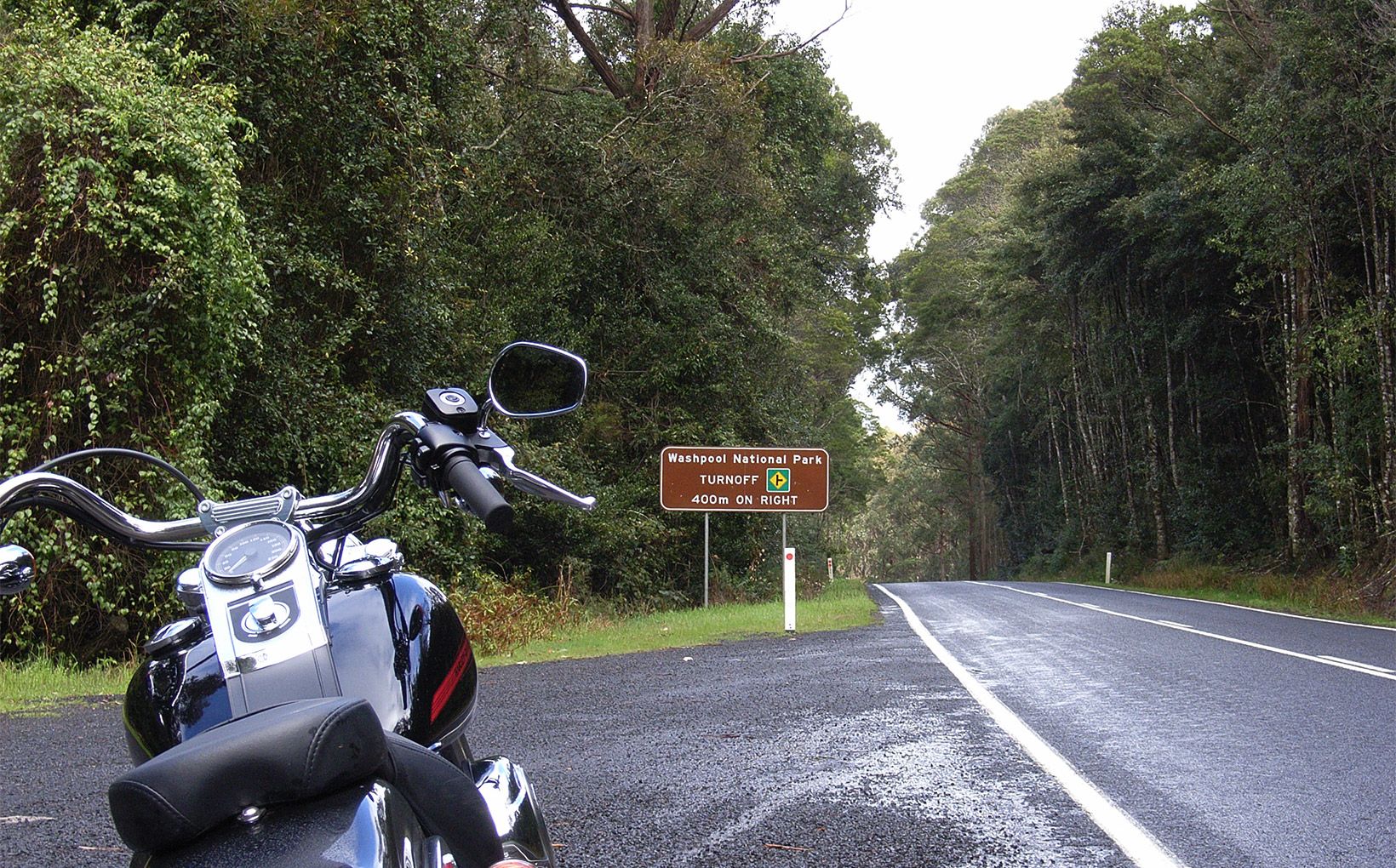 It still wasn’t easy to find an alternative. If you look at the map of the current alignment, you’ll see that it deviates quite a long way to the north. This was necessary to avoid several different road-building type problems which we won’t go into here. Suffice it to say that finding a new alignment was a severe headache. The good news is that this new alignment has provided a terrific motorcycle road which runs through open grazing country and national park.

Construction of the new route began as unemployment relief work in 1939, but then, as they say, came the War. Work was postponed indefinitely. It resumed in December 1946, but was stopped again a year later when it became more urgent and essential to build logging roads to satisfy the demand for timber for housing. Then the DMR ran out of money and construction didn’t start again until January 1955. Five years later the road was finally open, and you can go and ride it now. It’s posted as National Route 38 all the way from Grafton to near Walgett, but take a tip from us: forget about the section west of Glen Innes, or at least beyond Warialda. It’s pretty flat out here where the road actually follows the river it was named after. 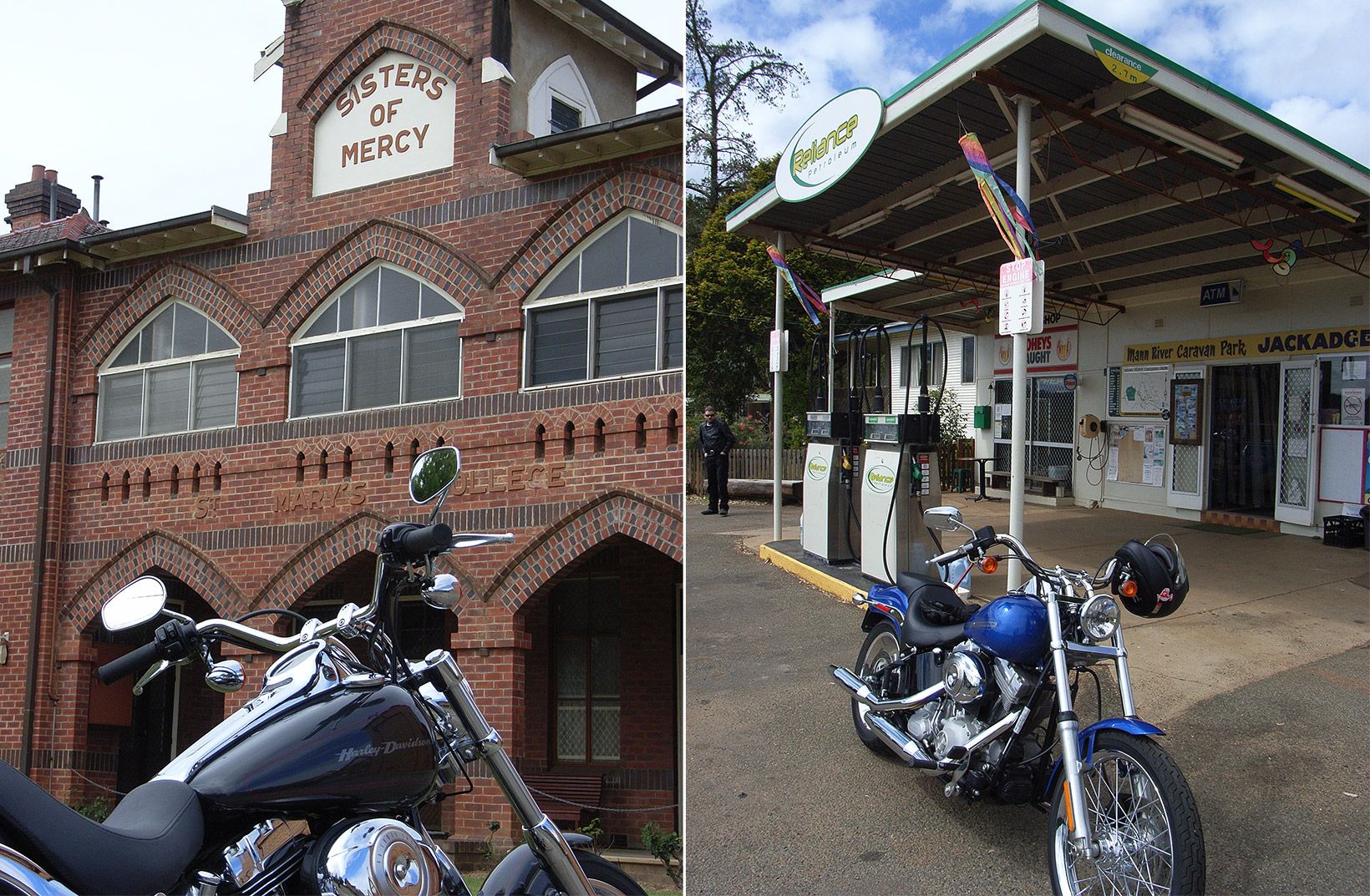 And be careful. Don’t pick up rusty Jones’s jam tins. Oh, and watch for potholes. We rode the Gwydir recently and one of the boys hit one that made a hole in his bike’s sump, releasing a steaming flow of precious engine oil. Still, his left boot will be waterproof for a good long time, which is useful up here where it rains quite a bit!