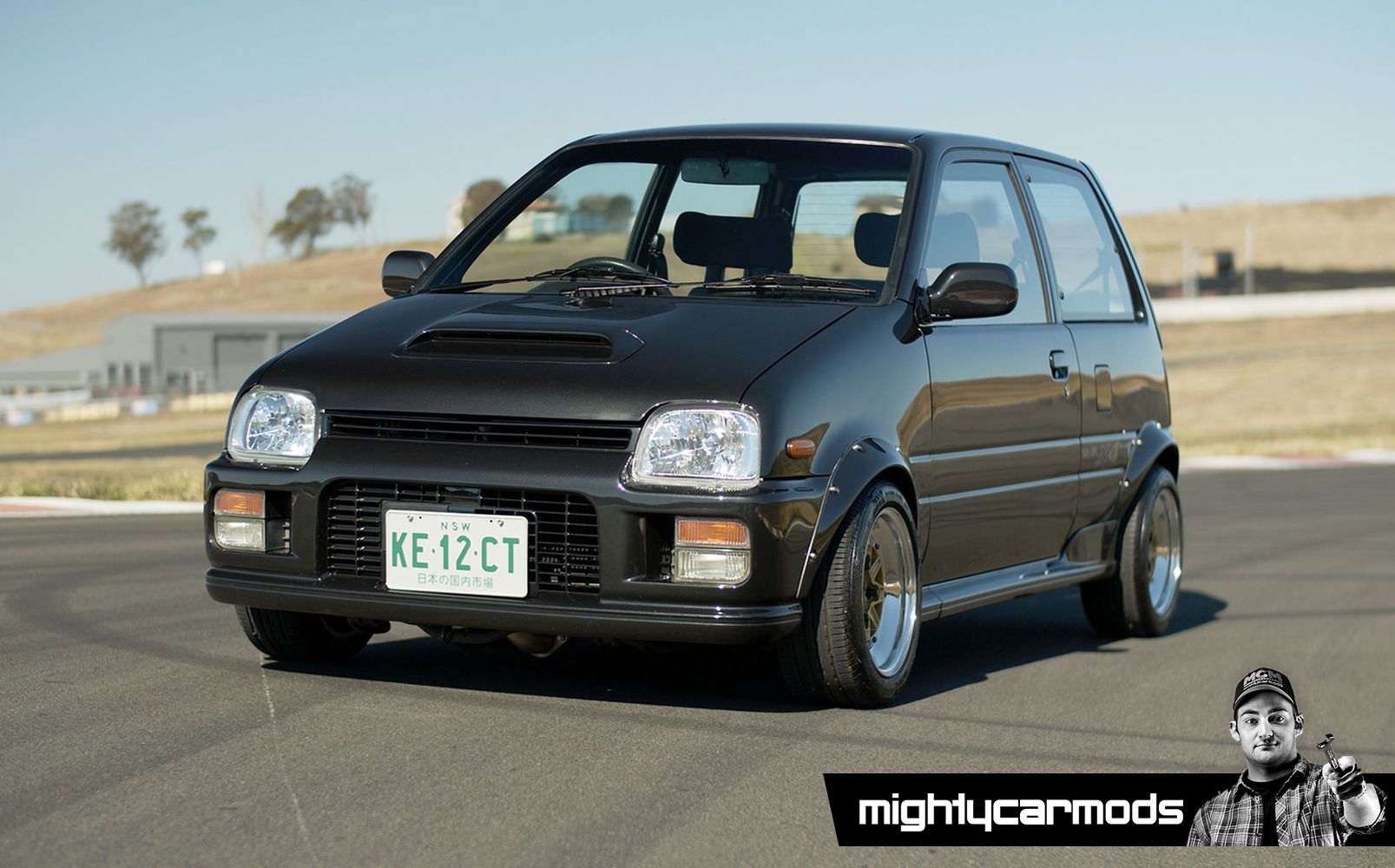 Mighty Car Mods has long championed tiny Japanese cars the rest of the world knows little about, and one of the most beloved was the 1992 Daihatsu Mira featured in the Kei To The City movie-length special episode. The lads travelled to Japan to go drifting but, with a budget of just a few hundred Aussie pesos, they weren’t able to pick up a kitted-out Silvia, RX-7, AE86 or GT-R as they had hoped. 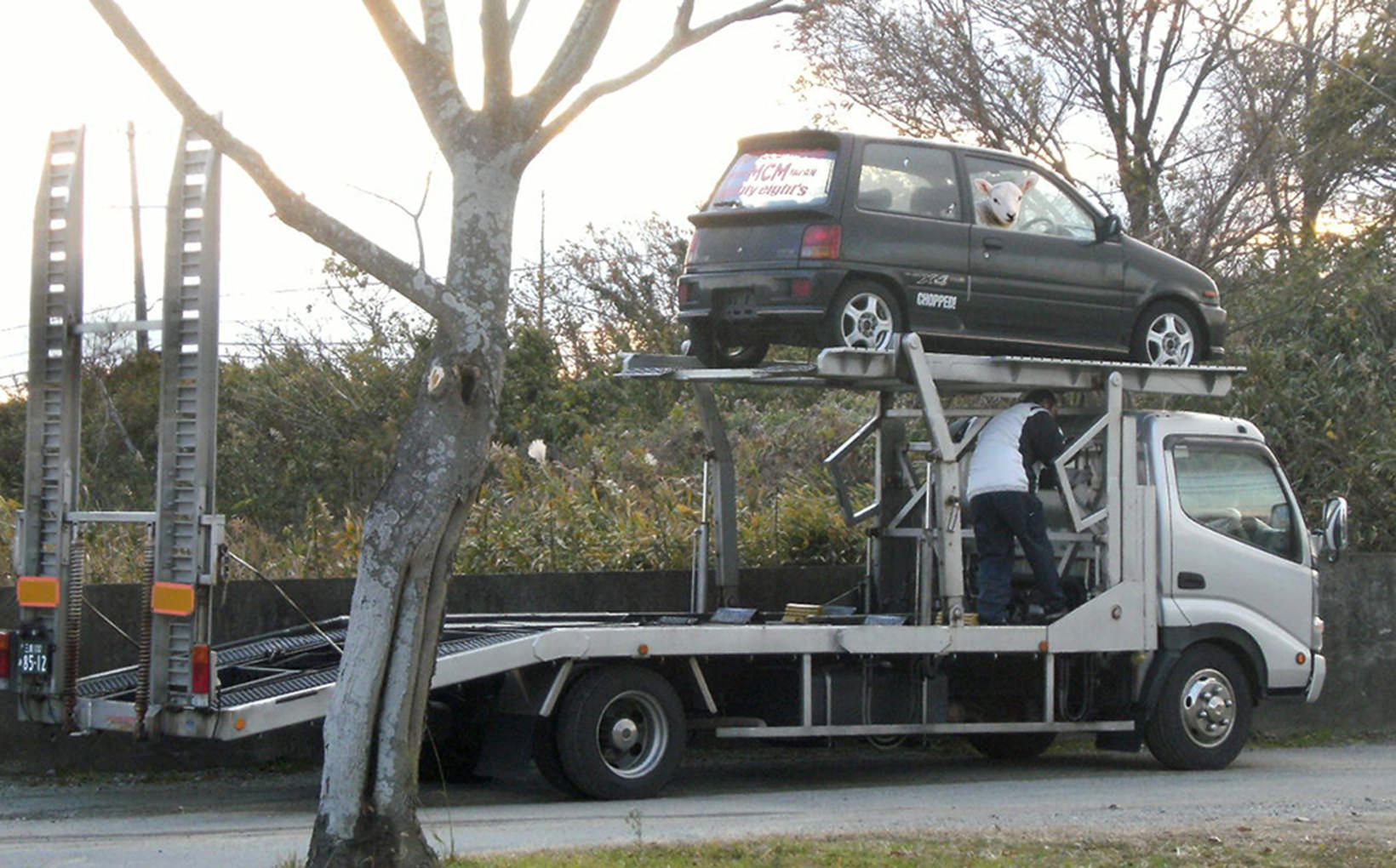 Instead, they purchased a Mira TX-XX X4; a turbocharged all-wheel-drive variant of the L200-series Daihatsu Kei car we never saw in Australia. The be-scooped bonnet hid a EF-JL 659cc three-cylinder coming in under the engine capacity limit placed on Kei-class cars, while a five-speed manual and disc/drum brakes with a live rear axle and rear four-link suspension rounded out the drivetrain.

After drifting up a storm Marty fell in love with the little Mira, but bid farewell as it was illegal to import that model to Australia at that time. Unbeknownst to him, MOOG had the Mira stripped, cut in half, and imported to Sydney in parts for Marty, who then later bought an Australian-delivered Mira to swap all the JDM goodies into.

Unfortunately for the lads, what was intended as a quick swap-over turned into a huge project as they realised the Aussie front-wheel-drive and Japanese all-wheel-drive floor pans are different in the rear-end. This meant the lads had to cut half the floor out of both cars and swap them over, which was the single biggest, most involved and risky project they’d undertaken to that point in their show’s decade-long history.

The differences didn’t stop with the motor and rear floorpan, though. Inside the JDM TR-XX were high-backed sports bucket seats, electric windows, four-spoke sports steering wheel and other wizardry Australian Mira buyers would never know of, like power mirrors and full instrumentation. The TR-XX also scored a more sculpted front-bar, side skirts and door pods, and rear-end garnish, along with 12-inch alloy wheels in place of basic steel units. 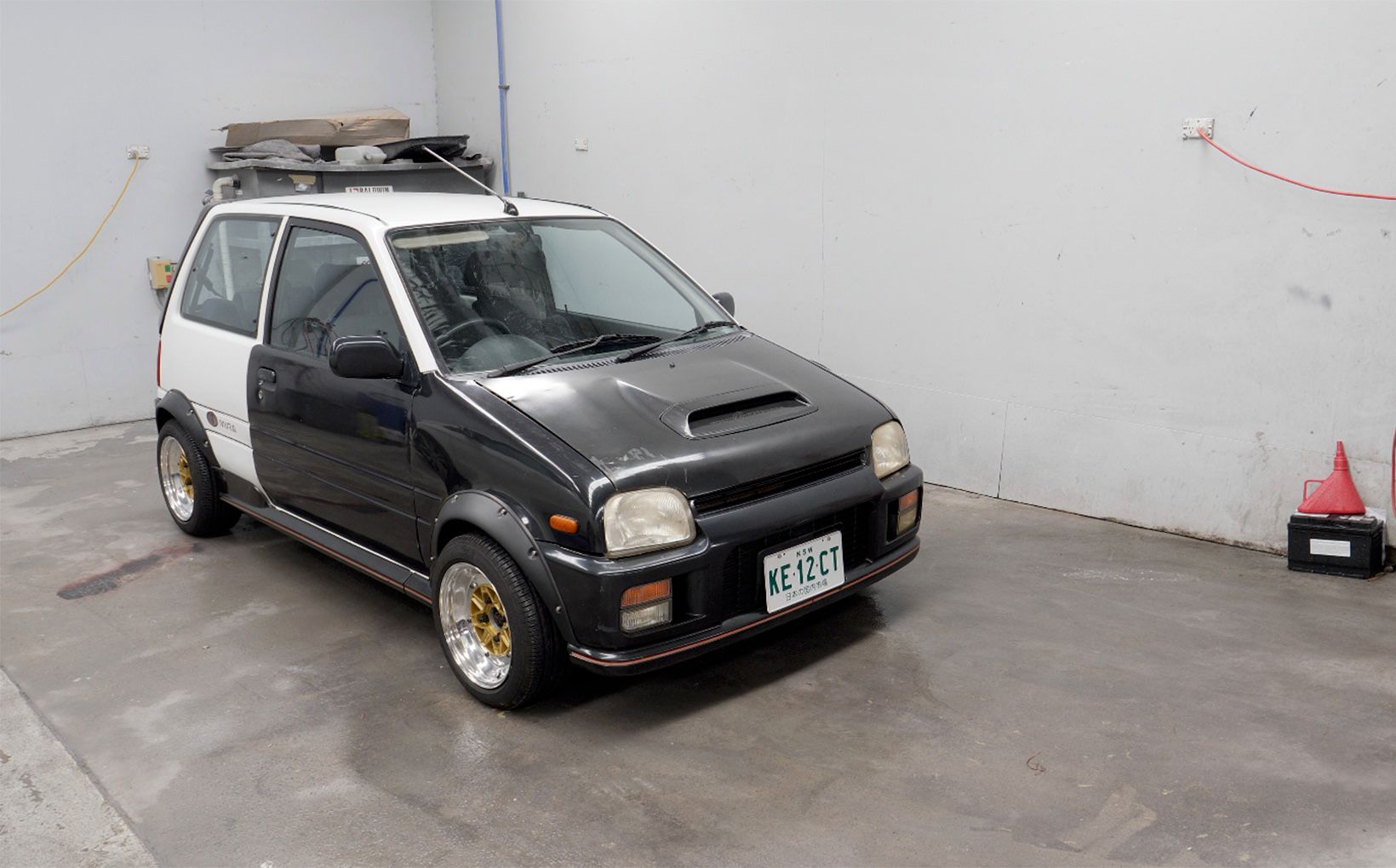 Marty had to sort through a pallet-load of parts from Japan to find all these unique pieces, many of which can’t even be sourced second-hand such is the rareness of TR-XX models even in their homeland. He got the Mira running, registered and driving on the road, before pulling it down and getting it resprayed in an amped up mix based on the original colour, lowering it on coilovers and finishing it with a set of custom-built period-correct 13-inch three-piece JDM wheels from Barrel Brothers.

The wheels were carefully sized to fit the Mira perfectly, and provided the perfect way to finish the first stage of the little 660cc monster’s new life on the mean streets of Sydney, Australia.