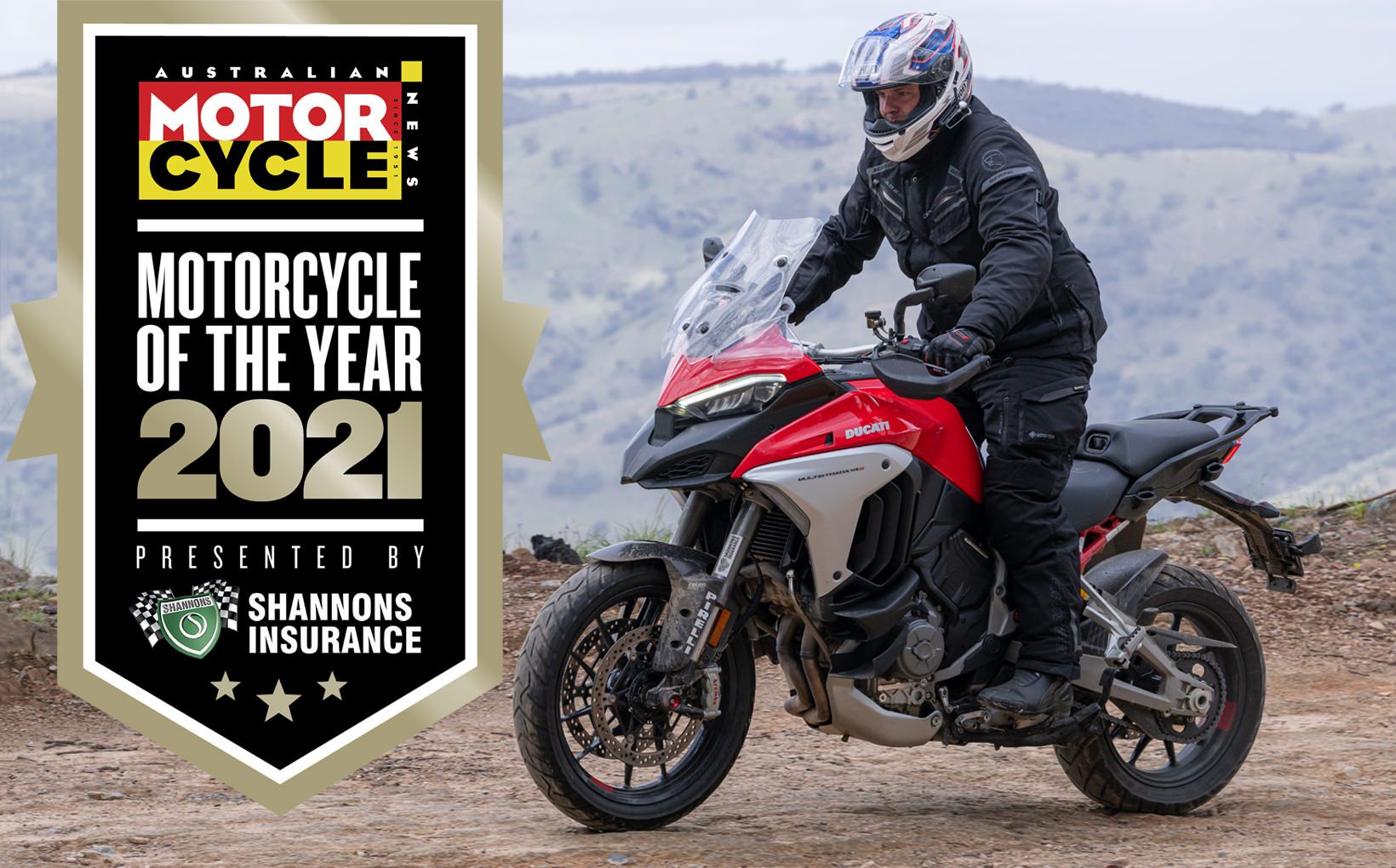 THE DUCATI MULTISTRADA V4 S is the AMCN 2021 Motorcycle of the Year (MOTY) presented by Shannons Insurance.

The Australian motorcycle landscape has changed significantly over the past few years, with many of us now shunning the pure sportsbikes we were once addicted to in favour of more useable everyday roadbikes, and when it comes to useability in real-world conditions, not much comes close to the Multistrada V4 S.

In the Multistrada V4 S, Ducati really has built a bike for all roads… and beyond. You can commute on it, scratch on it, tour on it and adventure on it. It offers impressive performance, great handling, plenty of comfort and is laden with high-tech features. You can tailor it to your heart’s content through its user-selectable ride modes and semi-active suspension, and you can have fun on it whether riding it solo or loaded up with a pillion and luggage. 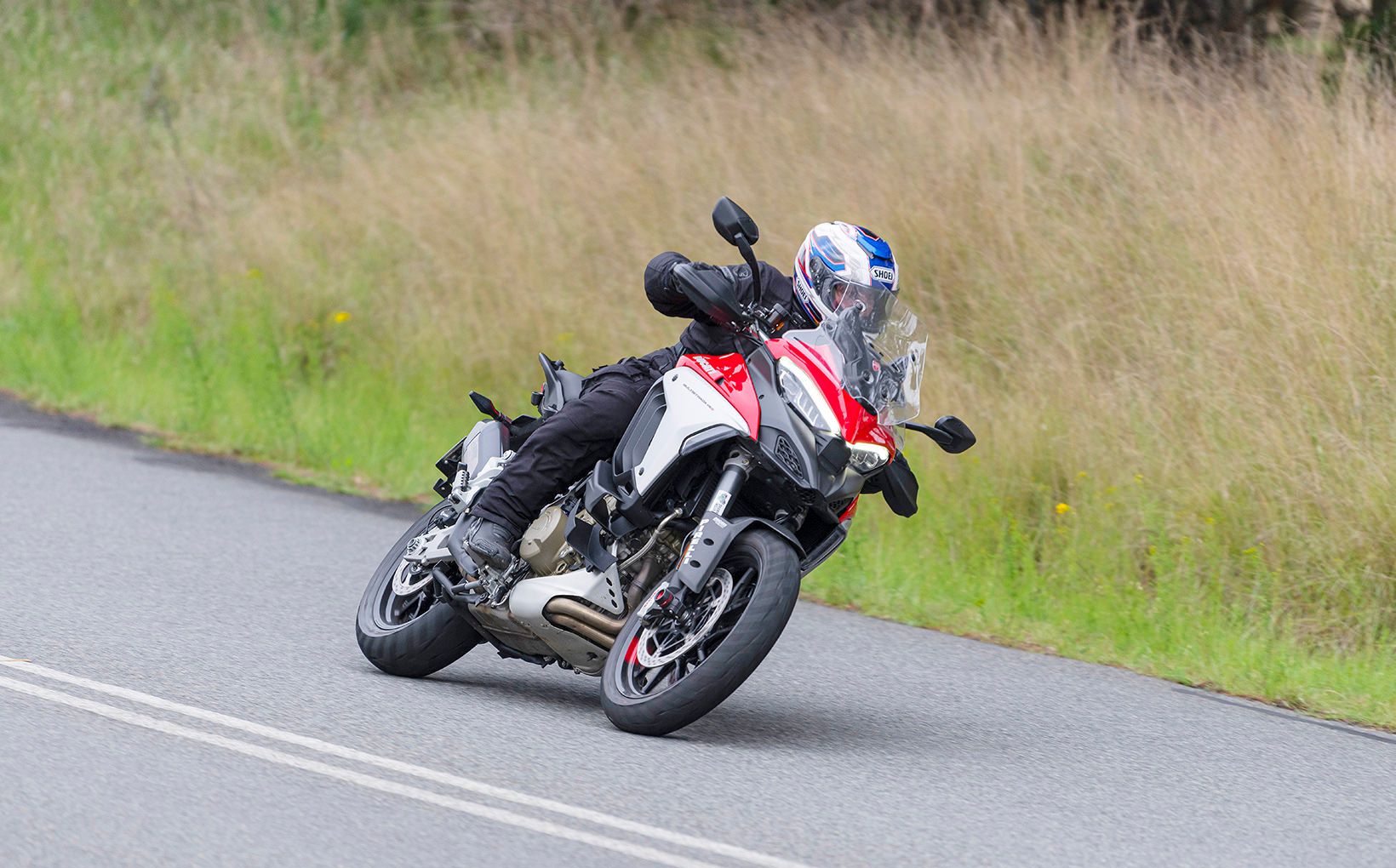 The Ducati Multistrada V4 S was up against nine other new motorcycles in the MOTY fight, in which motorcycles are judged against a set of five criteria rather than directly against each other. Those criteria are:

Build Quality
It has to be built well to earn this crown.

Innovation
Is it advancing development, or responding cleverly to the market?

Design Brief
Does it deliver to the rider what it promises to do on the tin?

Fun Factor
It’s has to be fun to ride, or what’s the point?

Value for Money
Not just price, because a well-equipped expensive bike can still represent good value.

The 10 bikes in the MOTY test were subjected to a three-day ride in country NSW, in a variety of conditions and over a variety of roads, before the five experienced judges cast their votes and the scores were tallied. With the Multistrada V4 S coming out just one point ahead of its stablemate, the Ducati Monster, which in turn was just one point ahead of the equal-third-placed Triumph Speed Triple RS and the Yamaha MT-09 SP. 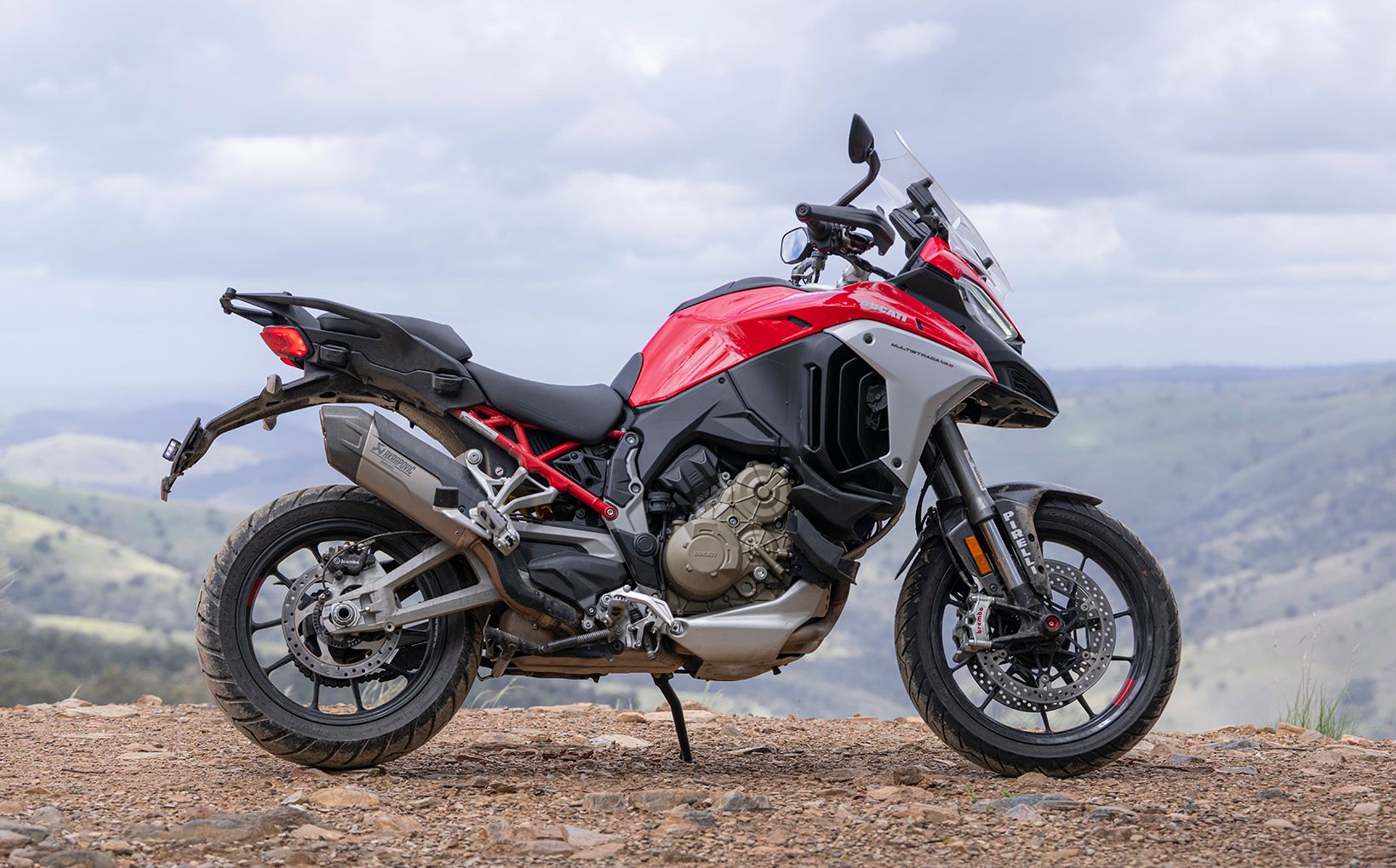 Take a close look at the Ducati Multistrada V4 S and you soon see why it scored so well against the MOTY criteria: build quality is fabulous; it’s packed with innovative features that actually work; it fulfils its design brief of being a multi-purpose bike with few compromises; it’s a hell of a lot of fun to ride no matter the roads or the conditions; and although not cheap it still represents good value when you consider how much bike you get for the money. 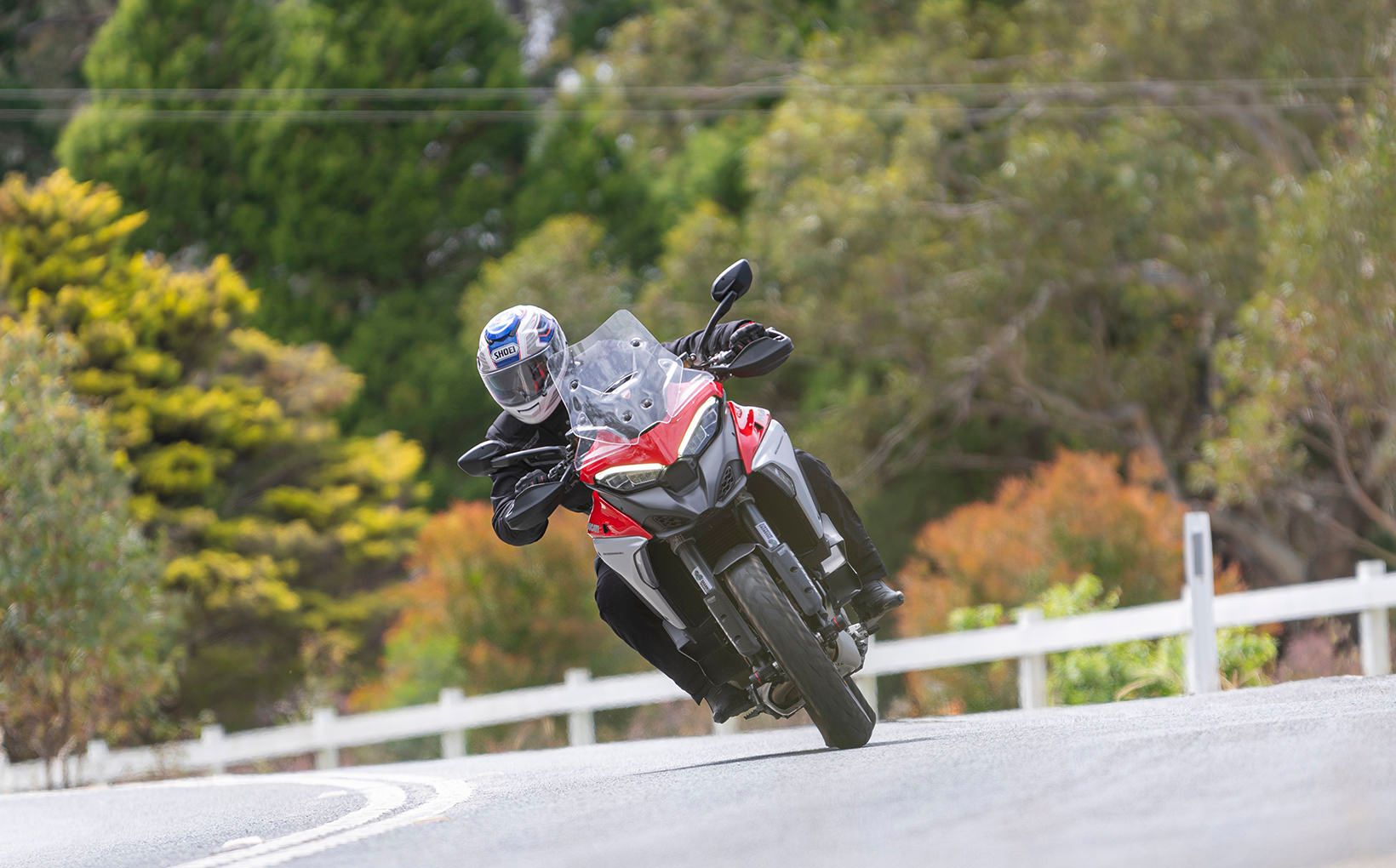 The Ducati Multistrada V4 S is one of the most technologically advanced adventure bikes on the market. It is powered by an 1158cc V4 engine that makes a claimed 125kW of power at 10,500rpm and 125Nm of torque at 8750rpm. Features include semi-active suspension, Brembo brakes, adaptive cruise control, traction control, wheelie control, hill hold, blind spot detection, blind spot warning and an up and down quick shifter, while there are four tailorable ride modes – Urban, Touring, Sport, Enduro – to suit different riding conditions.

The Ducati Multistrada V4 S is worthy of the title AMCN 2021 Motorcycle of the Year presented by Shannons Insurance.

For full details see the AMCN Yearbook currently on sale at newsagents, supermarkets and convenience stores.