Volvo 122S: Swedish star that could have been a ‘V8 Supercar’ 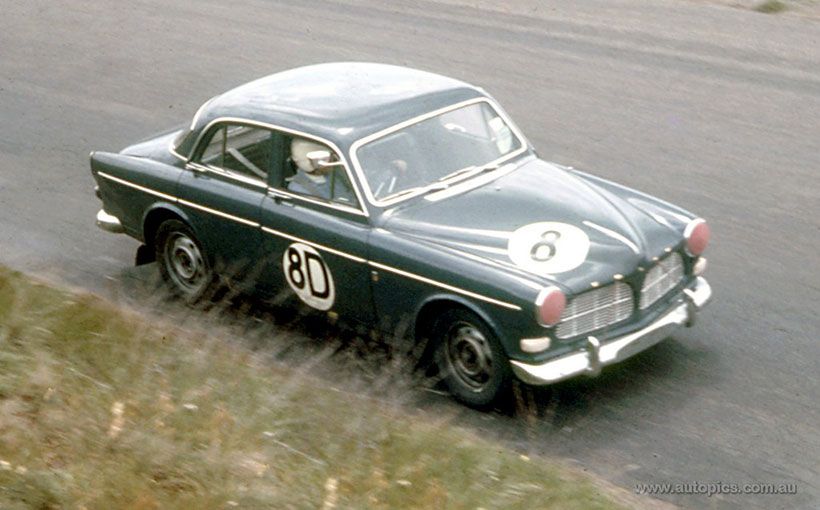 The Volvo 122S was driven by some big names in its day, including Kevin Bartlett and John Harvey who would both later become Bathurst winners. Here their ‘works’ 122S entered by NSW Volvo dealer, British & Continental Cars, flies down the Mountain during the 1966 Gallaher 500. It was a frustrating day for the talented pair due to a mysterious power deficit, the cause of which was only discovered during a post-race engine teardown (see story).

The Volvo S60 competing in V8 Supercar racing today is a unique hybrid built purely for this form of competition, as the Gothenburg-based company has never made a V8-powered S60 sedan for road use. However, had a 120-series prototype become a production reality in the 1960s, Volvo could well have had a genuine V8 Bathurst contender straight off the showroom floor.
Back in the early 1950s, Volvo was experimenting with concepts that could appeal to the lucrative US market which prompted young Swedish designer Jan Wilsgaard to create an ideas car called the ‘Philip’ powered by a compact 220cid (3.6-litre) V8 of Volvo’s own design and manufacture.