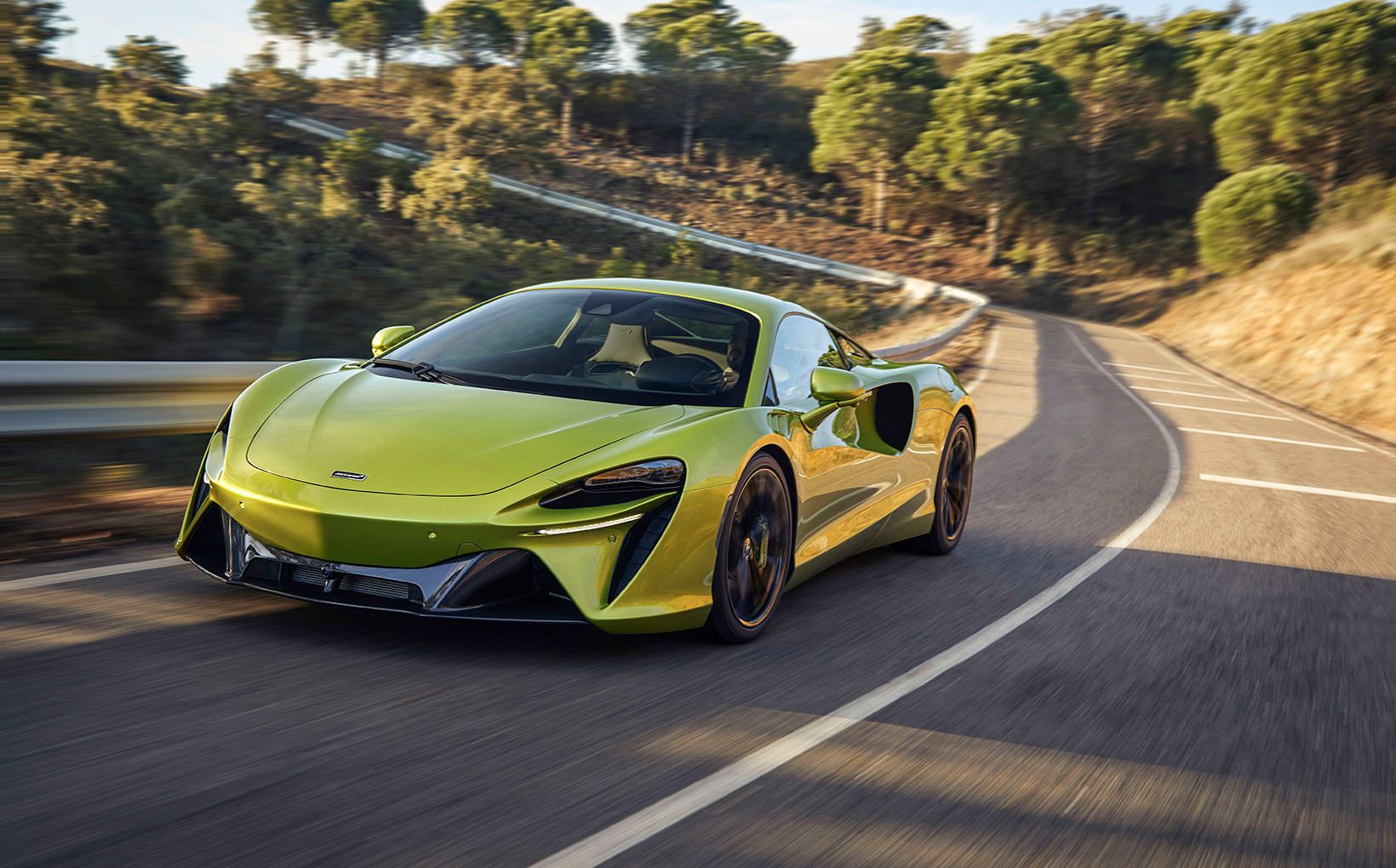 BRITISH supercar specialist McLaren has uncovered its new-generation Artura hybrid supercar, a car it says heralds the dawn of a new era for the brand as it moves exclusively into electrified drivetrains.

The first of what is hoped by executives to be many “high-performance hybrid” (HPH) supercars, the Artura not only debuts new technology but a new “HPH optimised” platform set to underpin the entire HPH portfolio, including the eventual P1 replacement due sometime in 2024.

The Artura is the here and now however so we’ll focus our attention on that.

Unlike Lamborghini or Porsche which channel the drive of their most powerful cars to all four wheels, McLaren is sticking with the tried and tested rear-wheel-drive configuration, with all that grunt resulting in a 0-100km/h time of three seconds flat. 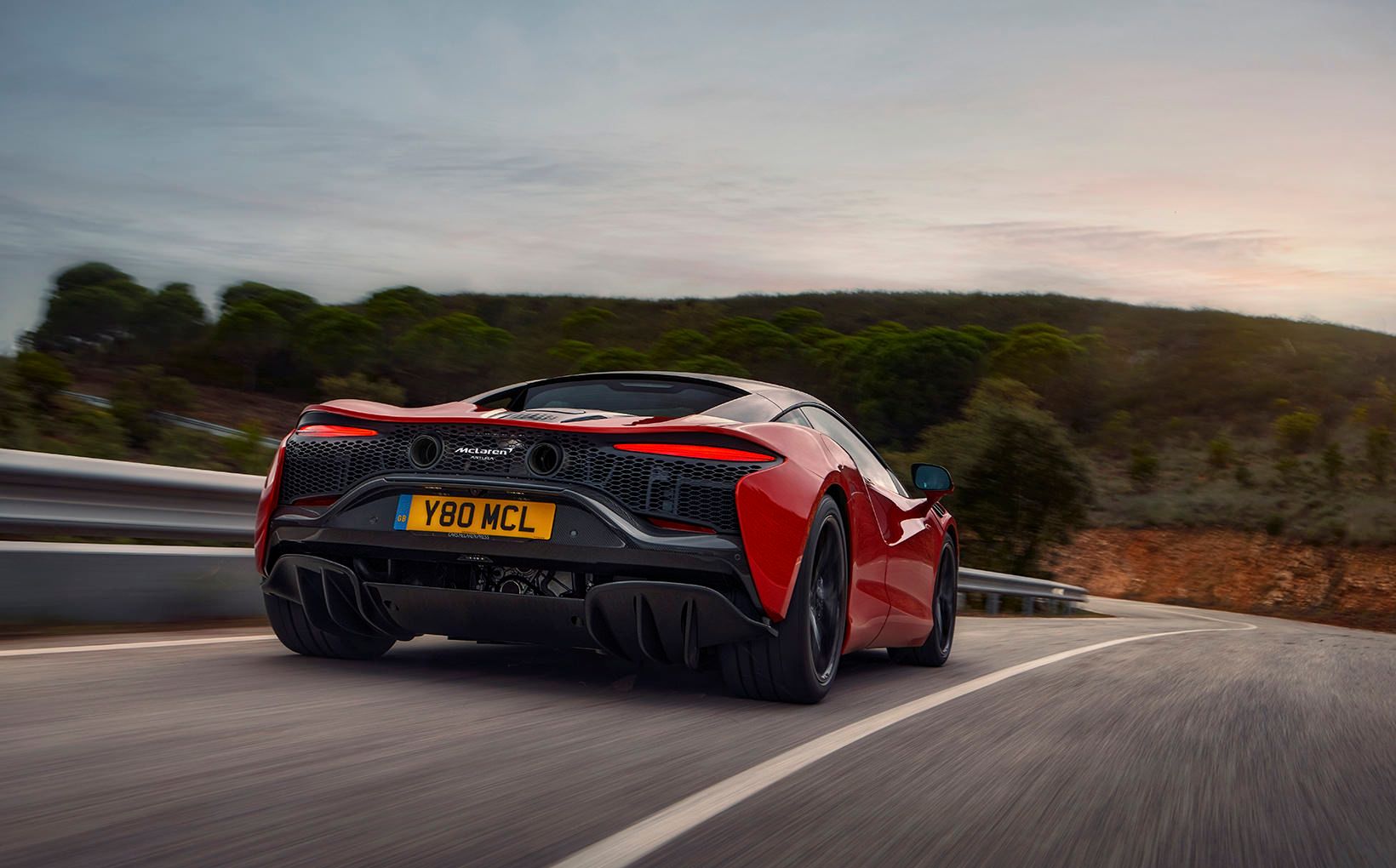 There’s no mucking about when it comes to performance

If left to its own devices, the force-fed V6 would produce 430kW/585Nm with a single electric motor contributing an extra 70kW/225Nm.

Powered by a 7.4kWh lithium-ion battery, the electric motor is housed within the transmission bell housing and takes sole responsibility for the Artura’s ability to reverse – there is no mechanical reverse gear.

Thanks to its modest capacity, the battery can also propel the supercar up to 130km/h on electric power alone and provide around 30km of all-electric range. 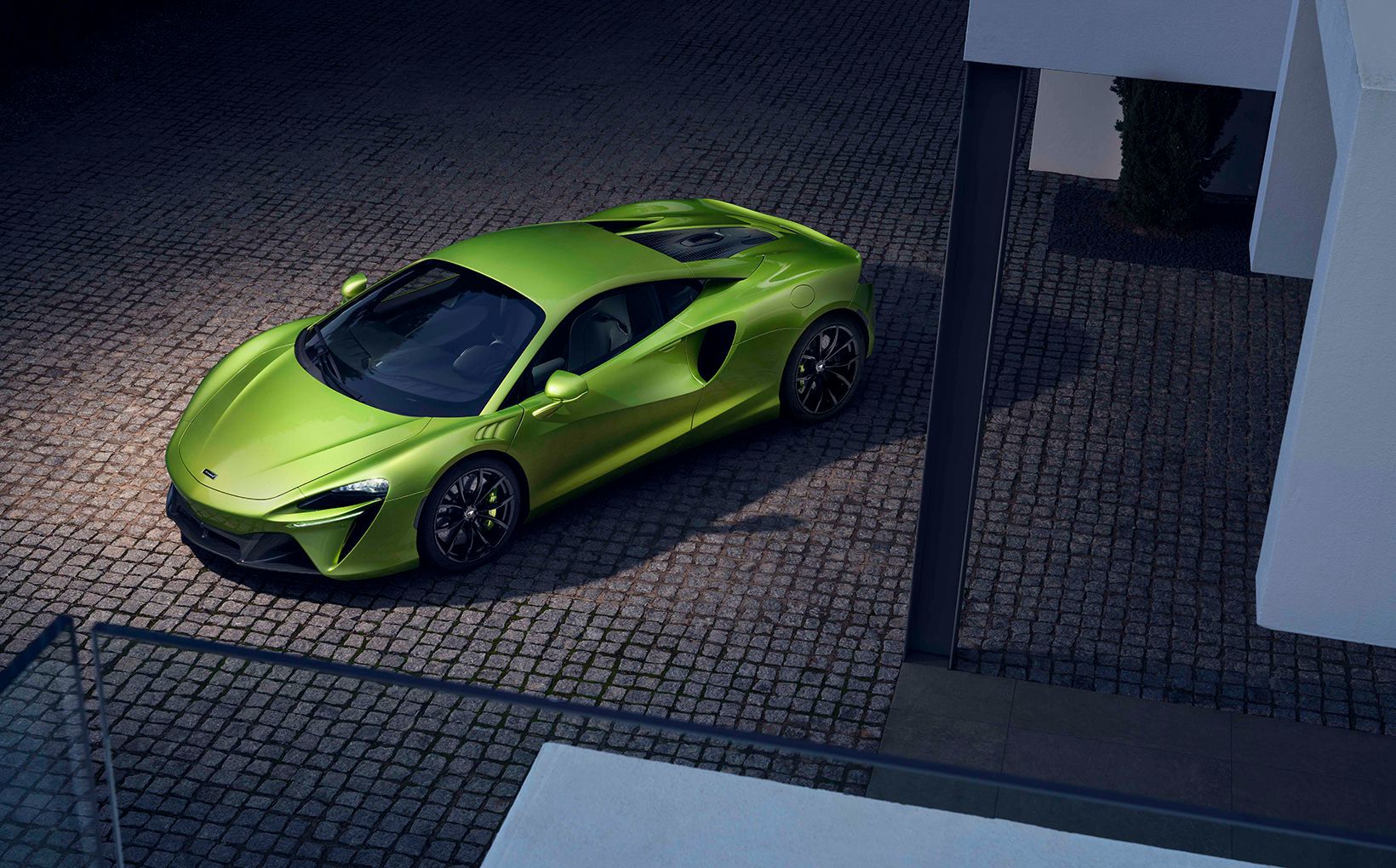 No official fuel economy figure has been quoted as yet but in the grand scheme of things, we’re not sure this is of the utmost importance to prospective customers…

As you would expect from such a rampant speed machine, the braking power is also suitably brutal; with carbon ceramic discs in all four corners – 390mm front, 380mm rear – being grabbed by six and four-piston callipers front and rear, the Artura will pull up from 100km/h to a standstill in just 31m.

Befitting for a supercar, suspension duties are taken care of by a double wishbone set-up up front and a multi-link arrangement at the rear with three-way adjustable adaptive dampers in all four corners. 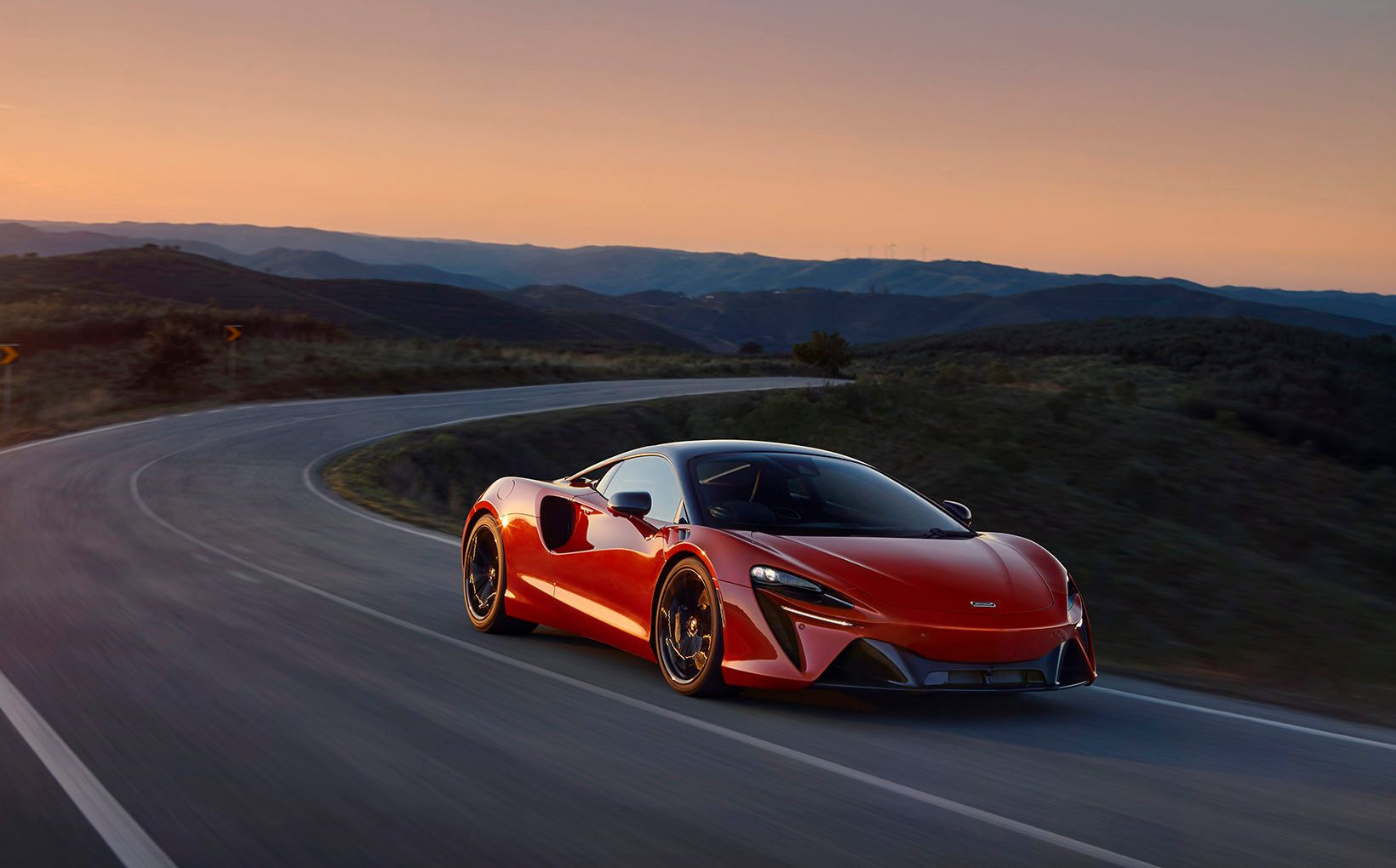 Adaptive dampers ensure the Artura is composed on road and focused on track.

Perhaps not so fitting for the Artura is its styling – to our eyes at least it looks way too much like a facelifted 570S rather than an all-new model, let alone the start of a whole new era, however it is unmistakably a McLaren.

Despite the lack of an all-new design, McLaren Automotive CEO Mike Flewitt said “every drop” of the brand’s experience and expertise was poured into the new model.

“Our all-new, High-Performance Hybrid delivers all of the performance, driver engagement and dynamic excellence for which McLaren is renowned, with the additional benefit of EV driving capability,” he said. 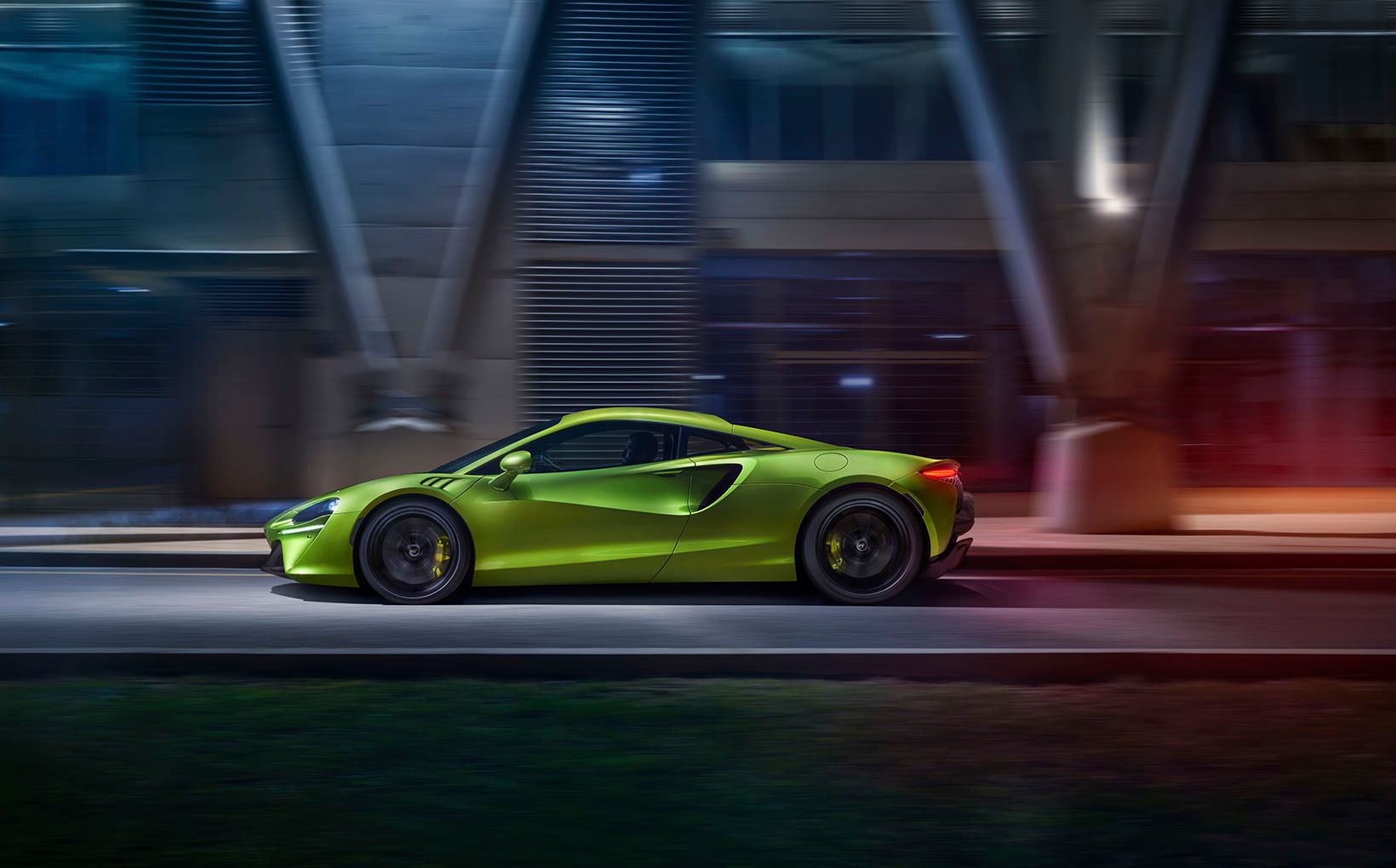 McLaren says the Artura marks the beginning of a new era.

“The introduction of the Artura is a landmark moment – for McLaren, for our customers who will appreciate and enjoy this car on every emotional and rational level, and for the supercar world.”

Inside the cabin, almost every element of the interior and dashboard has been oriented towards the driver for maximum engagement, so much so that the vast majority of key switchgear is clustered around the digital instrument cluster, leaving the steering wheel completely button-free save for the horn.

Infotainment duties and functions meanwhile are accessed via a vertically oriented 8.0-inch touchscreen which dominates the centre fascia of the resolutely empty dash. 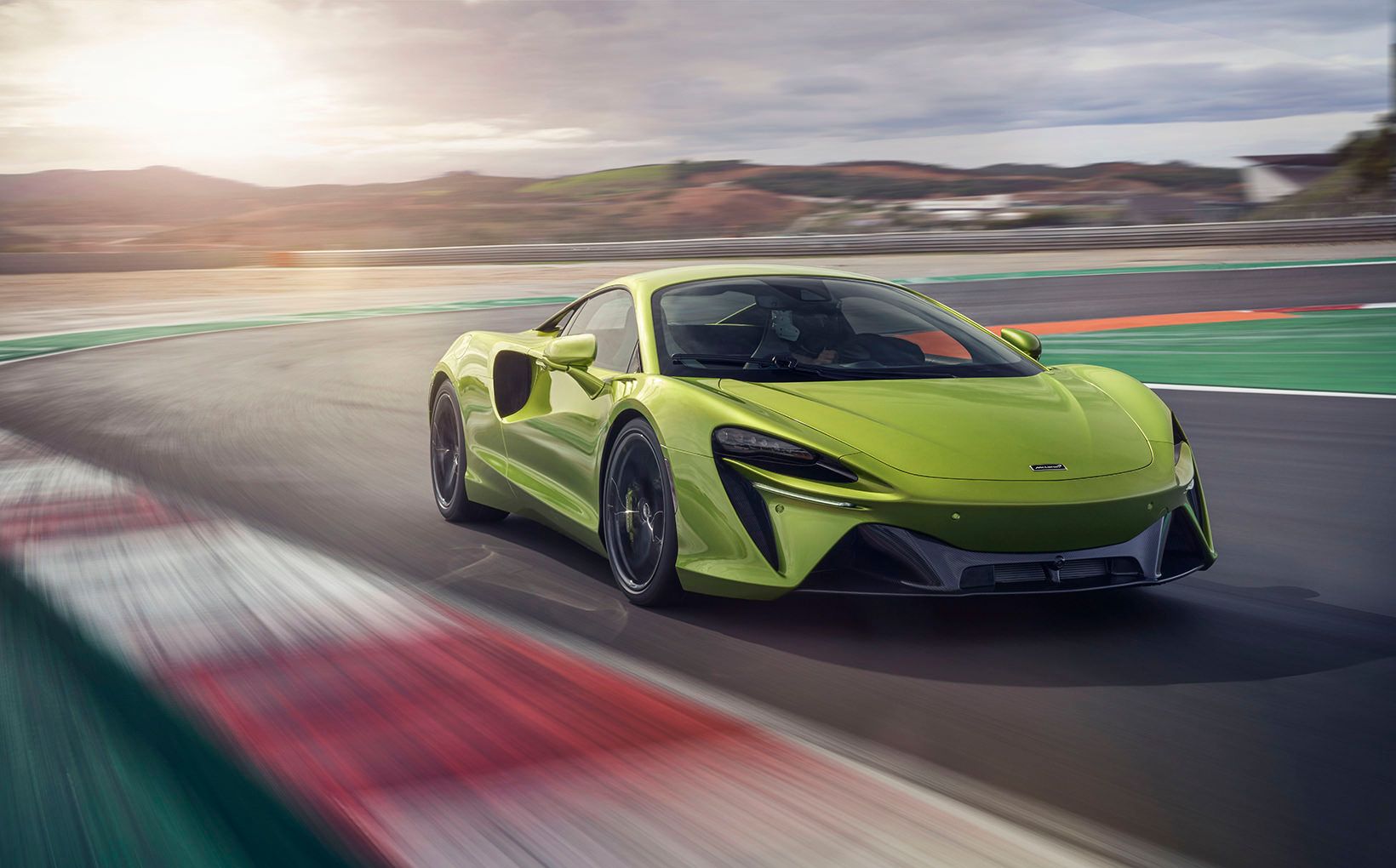 Pricing is yet to be announced, but a solid fan base is sure to start queuing soon.

The system supports both Apple CarPlay and Android Auto and comes with Bluetooth compatibility, satellite navigation and voice recognition while software updates are installed over-the-air (OTA).

Now for perhaps the best news though, the Artura is due to arrive Down Under in all its electrified performance goodness by the middle of 2021, meaning – provided things are on track – it will be available for Australia’s wealthy speed-freaks to snap up less than four months… what a way to spend your tax return!

The Hummer name is back as big and brash as ever, ...