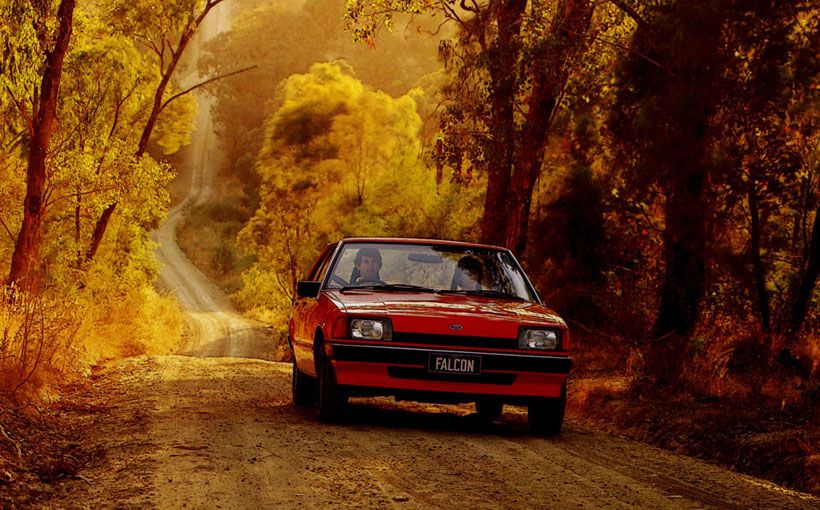 The story goes that Edsel Ford II (son of Henry Ford II and grandson of Henry Ford), on secondment to Ford Australia, said that the company spent millions of dollars on the XE Falcon's rear suspension just to please one man. That lucky man was Peter Robinson, who by March 1982 had been editor of Wheels magazine for more than 11 years.

The XE was much more than just an extensive facelift. The most significant of the many mechanical changes was the switch from semi-elliptic (leaf) springs at the rear to a six-link Watts Linkage coil sprung arrangement. Engineer David Ford (no relation) believed that this was the best type of rear suspension for the Falcon, short of the kind of complex fully independent system that was fitted - but never properly promoted by the marketing team - to up-spec AUs sixteen and a half years down the road!

Edsel Ford's point was exaggerated but contains the proverbial grain of truth. When the XE was introduced, 58 per cent of all Falcons were fitted with tow bars and perhaps 80 per cent were sold into fleets. Now, in 1982 the novated lease where the user chooses his nor her car was still on the wish list. Hard-headed fleet buyers could not have cared less whether the cars they were buying at the lowest possible price for their reps had cart springs or the state of the art IRS. They weren't interested in bells or whistles. They wanted cheap cars that would achieve good resale value and cost as little as possible over the whole ownership experience.