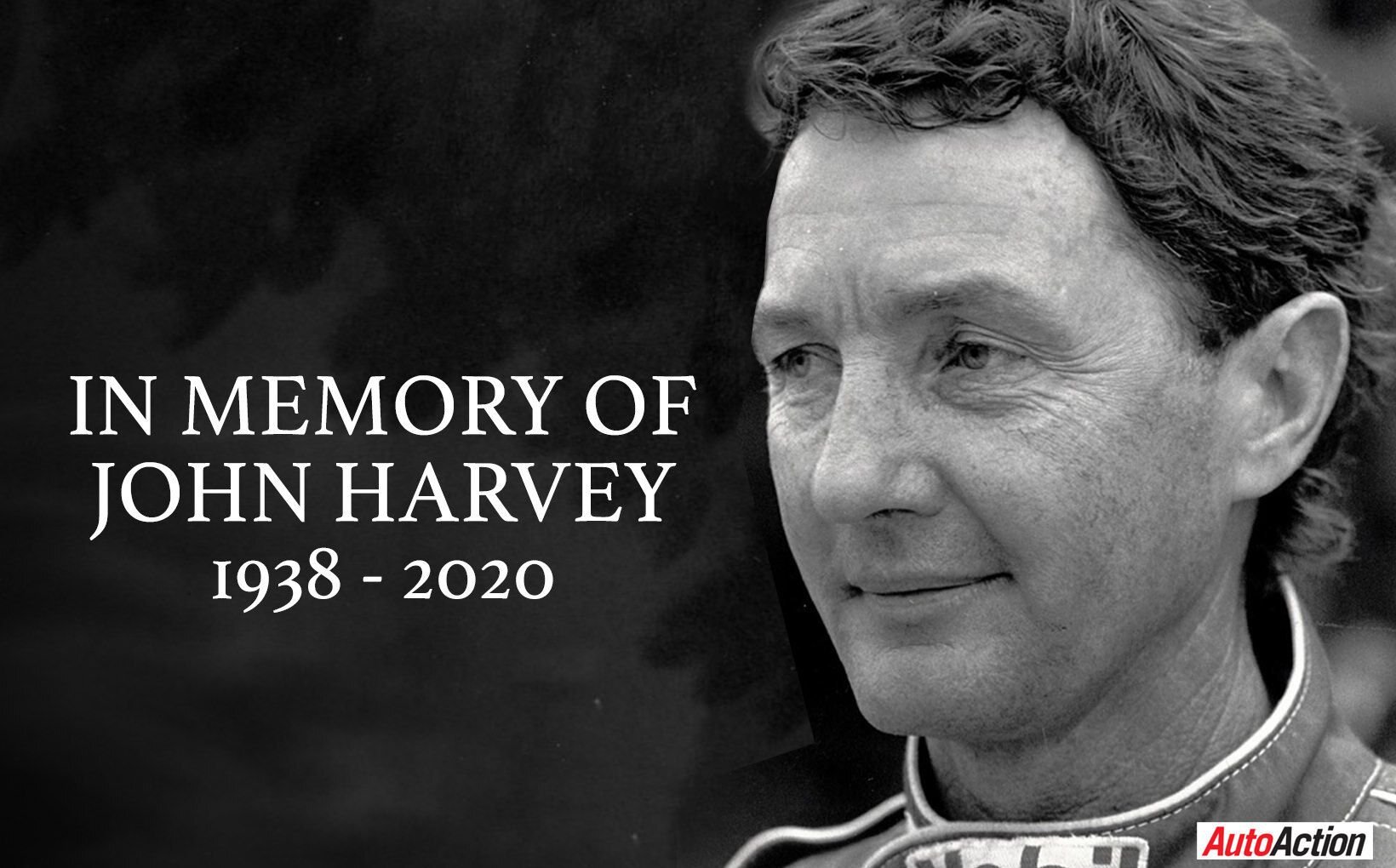 The Shannons Club was saddened to hear of the recent passing of Australian racing great John Harvey after succumbing to lung cancer. He was 82.

One of motor racing’s true gentlemen and finest ambassadors, Harvey is perhaps best known as Peter Brock’s loyal deputy at the Holden Dealer Team during the factory squad’s halcyon days in the 1970s and 1980s. However, his remarkable career achievements before and after that famous era have tended to be under-appreciated.

Needless to say, John Francis Harvey was more than just a top-flight Aussie touring car driver. Prior to commencing his long association with the HDT and General Motors-Holden, he was revered as one of the most versatile and prolific drivers of his generation.

By his own count, Harvey claimed to have raced 55 different cars in his career – and never owned one of them. That is, of course, a testament to his talent as a hired gun that could be competitive in any type of car. As one of the world’s most versatile champions, Mario Andretti, famously said: “If you can drive, you can drive !” That certainly applied to John Harvey.

Born in 1938, the Sydneysider started competing in Speedcars (aka midgets) in the late 1950s during dirt track speedway’s heyday, when 20,000-strong crowds would cram into venues like the Sydney Showground to cheer on their heroes in a gladiatorial Coliseum-style atmosphere.

He won his first race in 1957 and turned professional the following year. That was the start of seven spectacular years on the ovals, amassing three NSW state championships, Victorian state and national titles plus the quarter-mile World Cup. Harvey was so dominant that he won 13 feature races in succession on the half-mile Westmead track – and more often than not won all four races on each of those programs! 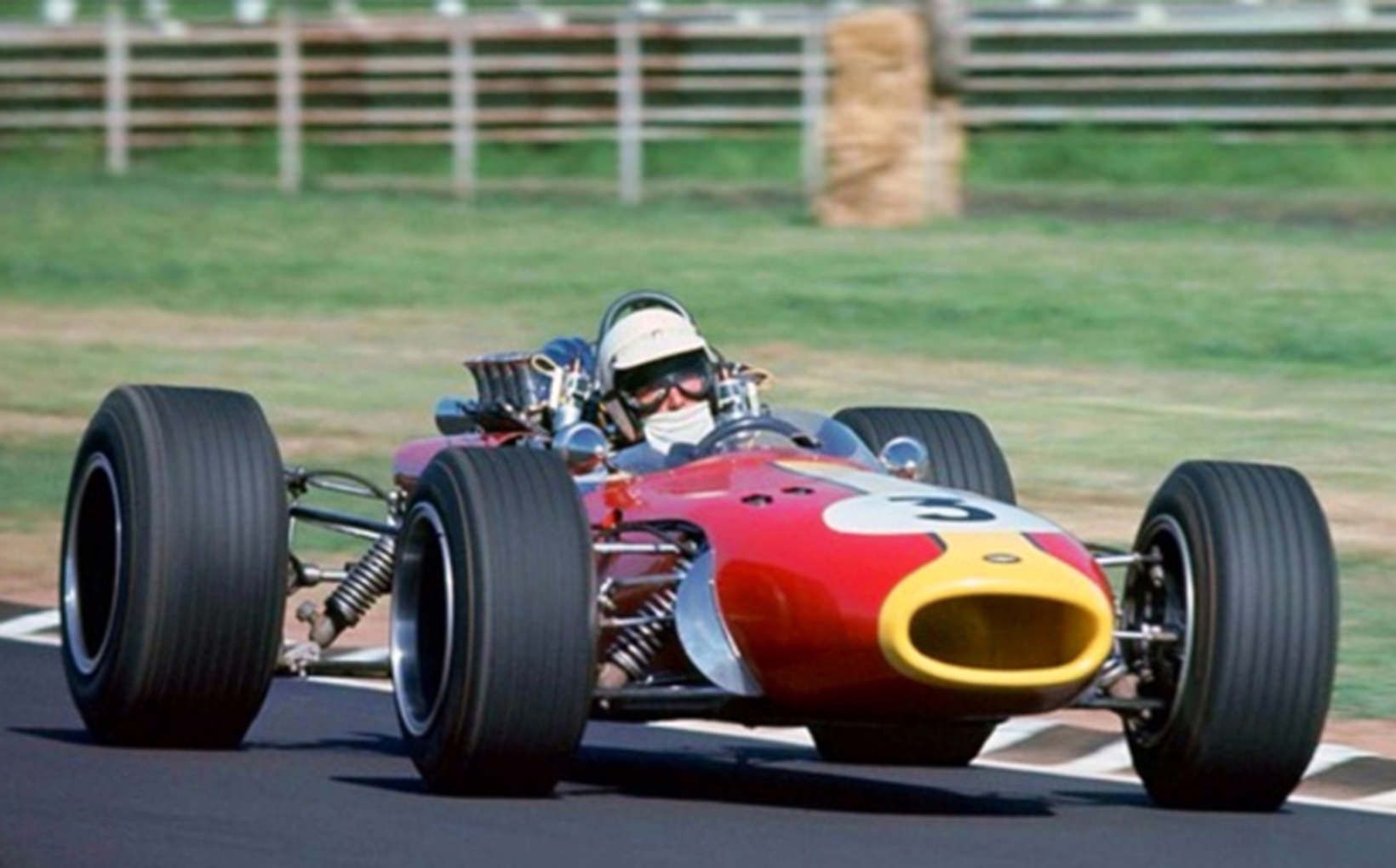 Harvey in Bob Jane's Brabham BT11 during the Warwick Farm round of the 1968 Tasman Series. Image: primotipo.com

Speedway racing in the 1950s and ‘60s was also fearfully dangerous, claiming the lives of numerous drivers and riders. Harvey always considered himself very fortunate to have avoided death or even serious injury during that era. However, good fortune could only go so far; prodigious talent was also a key factor in his survival.

Fortunately, he switched to the relative safety of circuit racing in his mid-20s, initially driving Minis for team owner Ron Phillips in which his skill-set was immediately apparent. Less than eight months after gaining his CAMS licence, Harvey was offered a factory drive in the 1965 Bathurst 500 with the BMC works team, sharing a Cooper S with John French which lost a wheel and failed to finish.

Open-wheelers were Australian motor racing’s main drawcard at that time, so Phillips purchased a 1.5 litre Formula 2 Brabham which again showcased Harvey’s class. In his debut season, he finished eighth in the star-studded 1966 AGP at Lakeside against the likes of world champions Jim Clark, Graham Hill and Jackie Stewart and came close to winning the Australian Drivers Championship at his first attempt.

The team fitted a larger Repco V8 for 1967 but the car was not successful and Phillips withdrew at the end of the season. Harvey was not out of a drive for long though, as he replaced the departing Spencer Martin in the Bob Jane Racing Team for 1968.

However, Harvey suffered a horrifying crash at the Easter Bathurst meeting, when the rear suspension broke on Jane’s Brabham BT23E. With no seat-belts fitted, his injuries were so severe that he spent four weeks in hospital - the first 48 hours in a coma due to 14 skull fractures.

The irony of such a life-threatening shunt in circuit racing, having avoided any serious injuries in the deadly world of speedway racing, was not lost on Harvey, who for months after leaving hospital suffered vision impairment resulting from his head injuries. Fortunately, he made a full recovery and returned to competition with the Jane team. 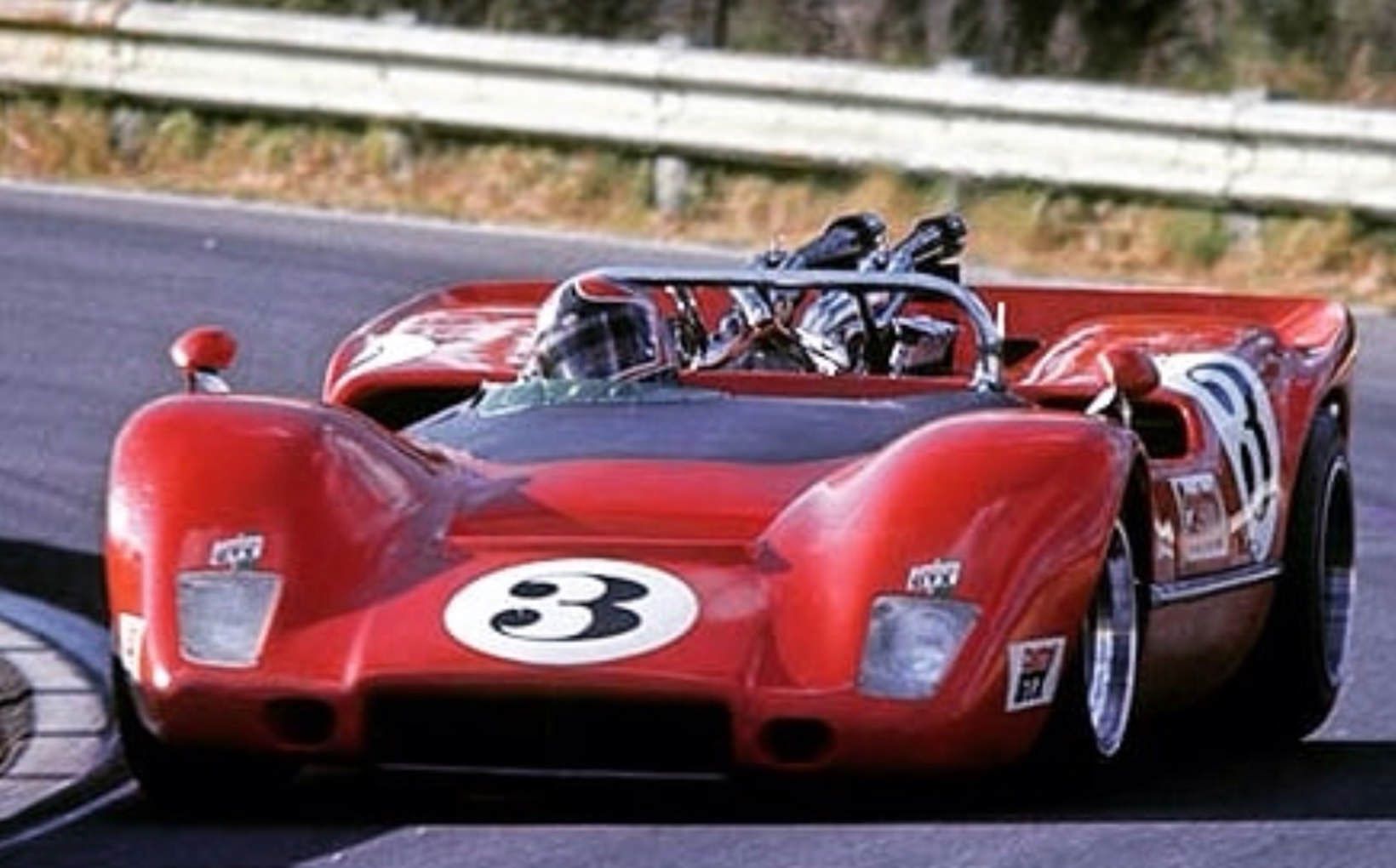 He showcased his versatility driving a variety of cars in the Jane stable, often at the same race meetings. These included the Brabham-Repco V8 open-wheeler, the magnificent Can-Am McLaren Repco M6B in which he won consecutive Australian Sports Car Championships in 1971-72, the ex-Shelby 1968 Trans-Am Mustang and HQ Monaro GTS 350 Improved Tourers in ATCC rounds and the wickedly fast LC Torana-Repco V8 which he drove to victory in the 1973 Toby Lee Sports Sedan Series at Oran Park.

With Jane scaling back his racing operations, Harvey’s Bathurst 1000 co-drives in other privately-entered Toranas and victory in the opening round of the 1976 ATCC was rewarded with a Bathurst co-drive for the Holden Dealer Team, in which he finished second with Colin Bond. Harvey then became HDT’s lead driver when Bond switched to Ford the following year.

In 1978, Peter Brock’s return to HDT was the start of an incredibly successful era for the factory Holden squad in a succession of Toranas and Commodores. HDT won two ATCC titles and six Bathurst 1000 crowns in seven years, including Harvey’s first long-awaited victory in 1983 shared with Brock and Larry Perkins.

Harvey also played a pivotal role in the establishment and management of the booming HDT Special Vehicles road car division, which involved substantial vehicle development work with Holden engineers in creating the various ‘Brock’ Commodores. This experience gave Harvey intimate knowledge of the inner workings of GM-H and road car certification which would prove invaluable in the years ahead.

His futile attempts to save the HDT Special Vehicles operation, following Brock’s implosion in 1987, saw the freshly unemployed Harvey and teammate Allan Moffat head to Europe in a new ex-HDT VL Commodore to compete in selected rounds of the World Touring Car Championship.

Against the odds, this thinly-funded program resulted in a surprising first round win for the Aussies at Monza and a sparkling fourth outright and class victory at the rain-soaked Spa 24-Hour race. Harvey also won the first World Solar Challenge that year, covering more than 3000km in five days between Darwin to Adelaide driving GM’s Sunraycer entry. 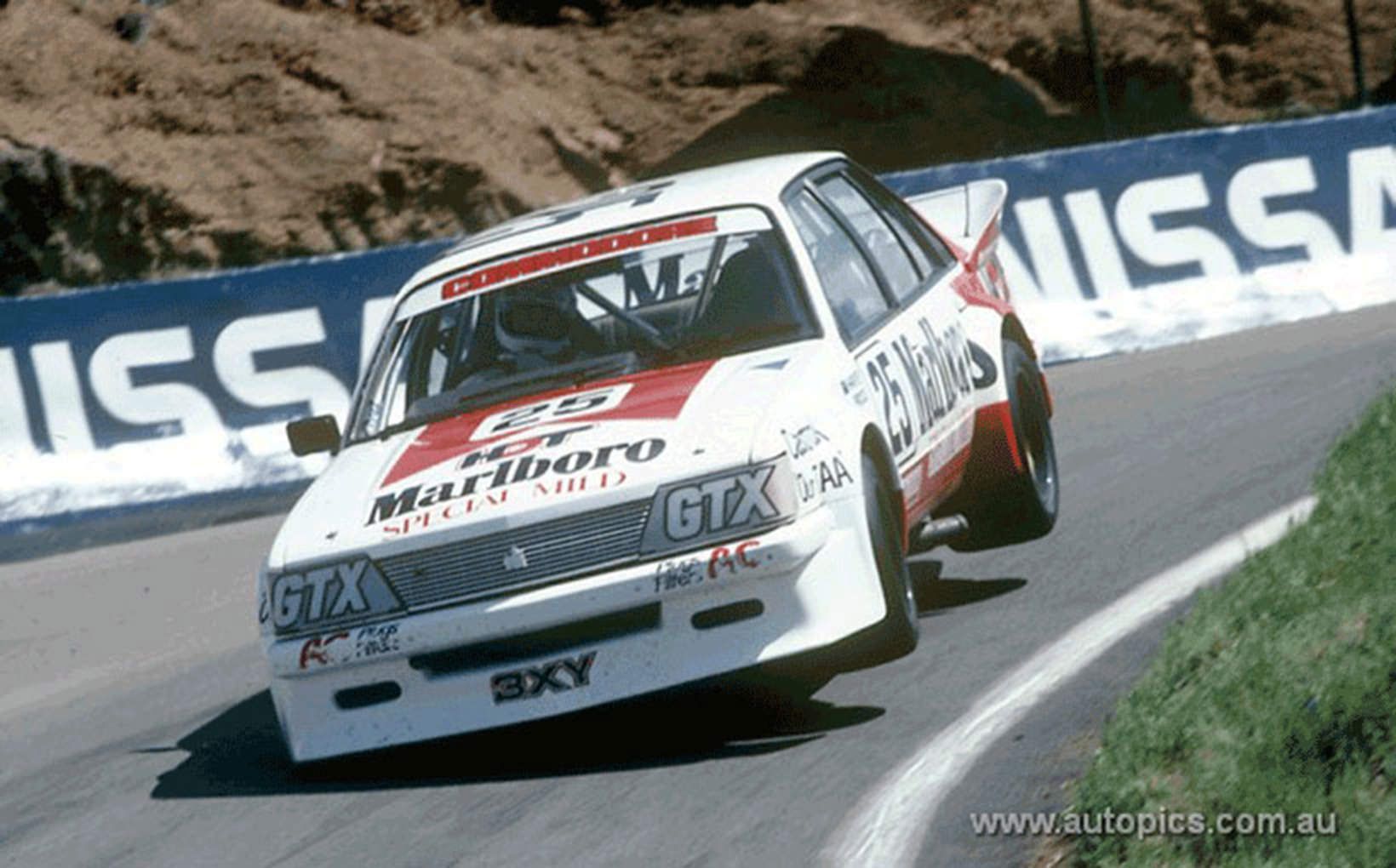 Harvey's first and only Bathurst 1000 win came in 1983 in his HDT VH Commodore. Image: autopics.com

His last competitive touring car drive was in a privately-entered Commodore at Bathurst in 1988 at which time he commenced an outstanding and often overlooked 15-year career with Tom Walkinshaw’s Holden Special Vehicles, which replaced HDT as GM-H’s special vehicles partner.

With his vast experience gained at HDT, Harvey played a pivotal role in building the HSV brand from scratch and assisting with development of some of HSV’s most iconic models. He is credited with creating the Club Sport name, inspired by Porsche's enviable sporting heritage. Harvey also served in a parallel management role with Holden’s motor sport department.

He never lost his passion for racing, competing in Historic events, conducting advanced driver training courses and piloting safety cars at major events amongst a host of activities. In 2018 he was inducted into the Australian Motor Sport Hall of Fame and awarded the Medal of the Order of Australia (OAM) for his services to motor sport.

When asked by Australian Muscle Car magazine in 2008 how he would like his career to be remembered, Harvey said:

“As someone who was in motor sport for the enjoyment and as someone who had a passion for driving cars. I always gave it 100 per cent, from the very day I drove in the dirt cars to the Historic events that I drive today. I still have the same passion 50 years on. That’s how I’d like to be remembered. I won in open-wheelers, sports cars, touring cars and speedway. I’m pretty happy with that.”

To his family and friends, Shannons Club extends its sincere condolences. John Harvey was one of the greats of Australian motor sport, a true gentleman and a terrific bloke. He will be sorely missed.