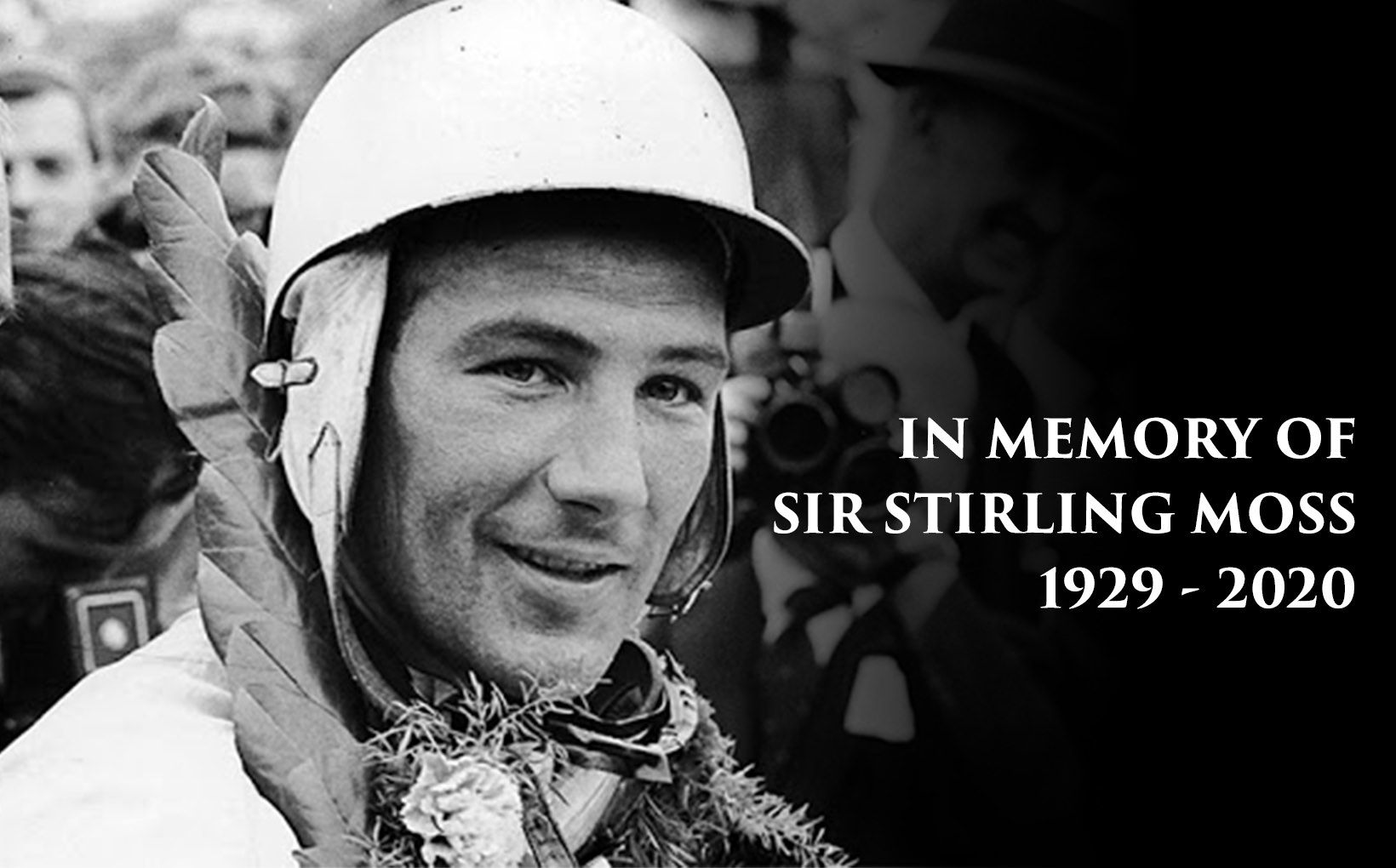 The Shannons Club was saddened to hear of the recent passing of Sir Stirling Moss following a prolonged illness. He was 90.

The charismatic, larger-than-life British star, who was knighted in 2000 for his services to motor racing, was one of the best drivers - if not the best driver – never to win a Formula One world championship. Even so, he was clearly destined for stardom from the moment he set foot in a racing car in his teens. 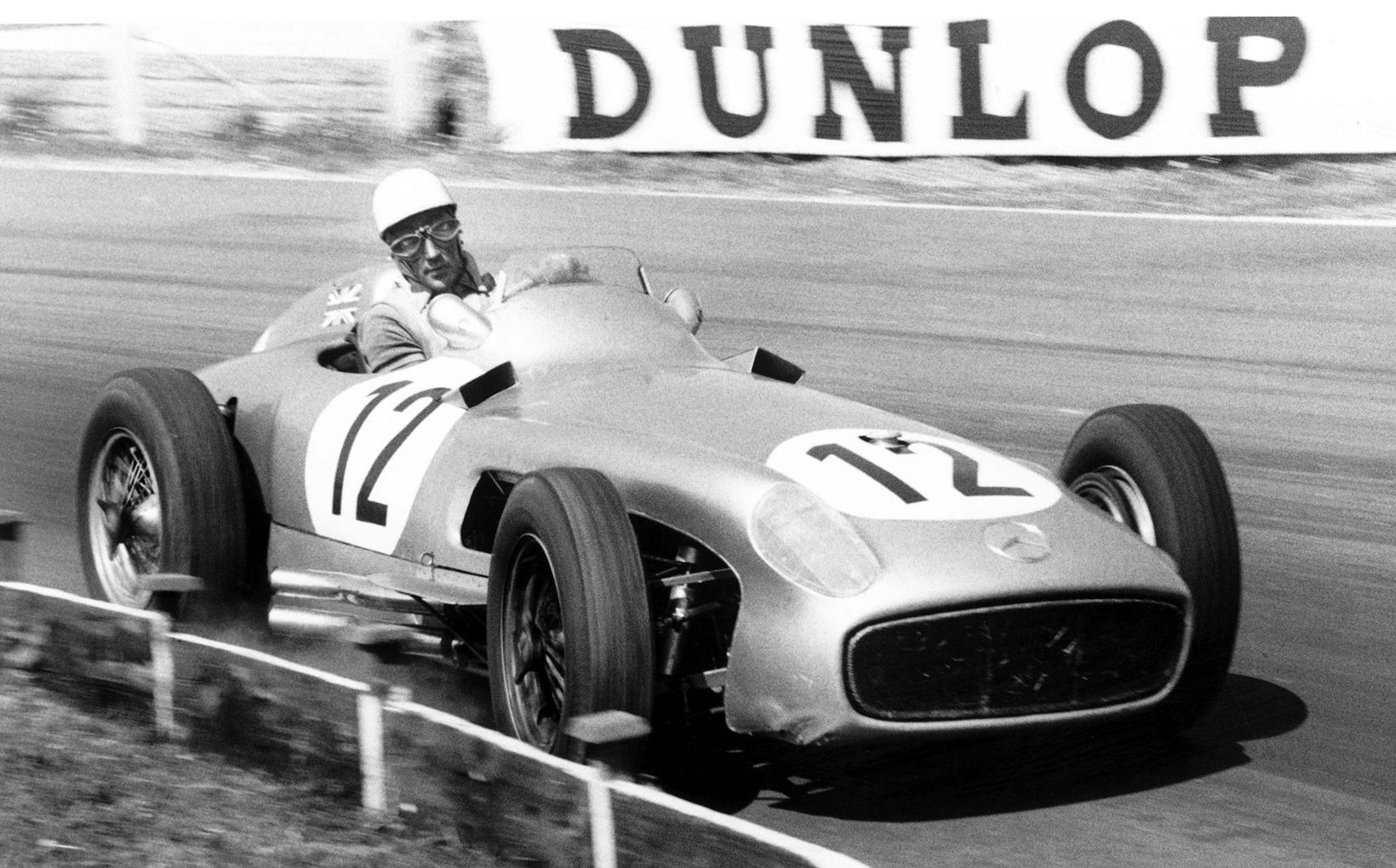 Moss was only in his early 20s when he made his Formula One debut in 1951 with HWM, which led to a total of 66 starts netting 16 Grand Prix victories. There was never any doubt about the Englishman’s extraordinary skill and daring. "Danger is an aphrodisiac," he once said. "I believe that racing should be dangerous. If you don't like it, you should do something else."

Fiercely patriotic, he favoured British brands over foreign marques, yet his F1 career included an intoxicating mix of both including: ERA, Connaught, Mercedes-Benz, Maserati, Vanwall, Cooper, BRM and finally Lotus.

He had the skills-set of a world champion, yet the cards never seemed to fall his way. As a result, he was runner-up three times to the great Juan Manuel Fangio between 1955-57 and to Mike Hawthorn in 1958. Between 1959 and 1961 he finished third in the overall standings each year, before being forced to retire from full-time competition after a fearful crash at Goodwood in 1962.

Victory also eluded Moss in the classic Le Mans 24 Hour race, even though he displayed the same sublime skill in works-entered Jaguar and Aston-Martin sports cars that he did in open-wheelers.

However, he did score some memorable sports car wins, highlighted by his 1953 Reims 12 Hour and 1954 Sebring 12 Hour triumphs. 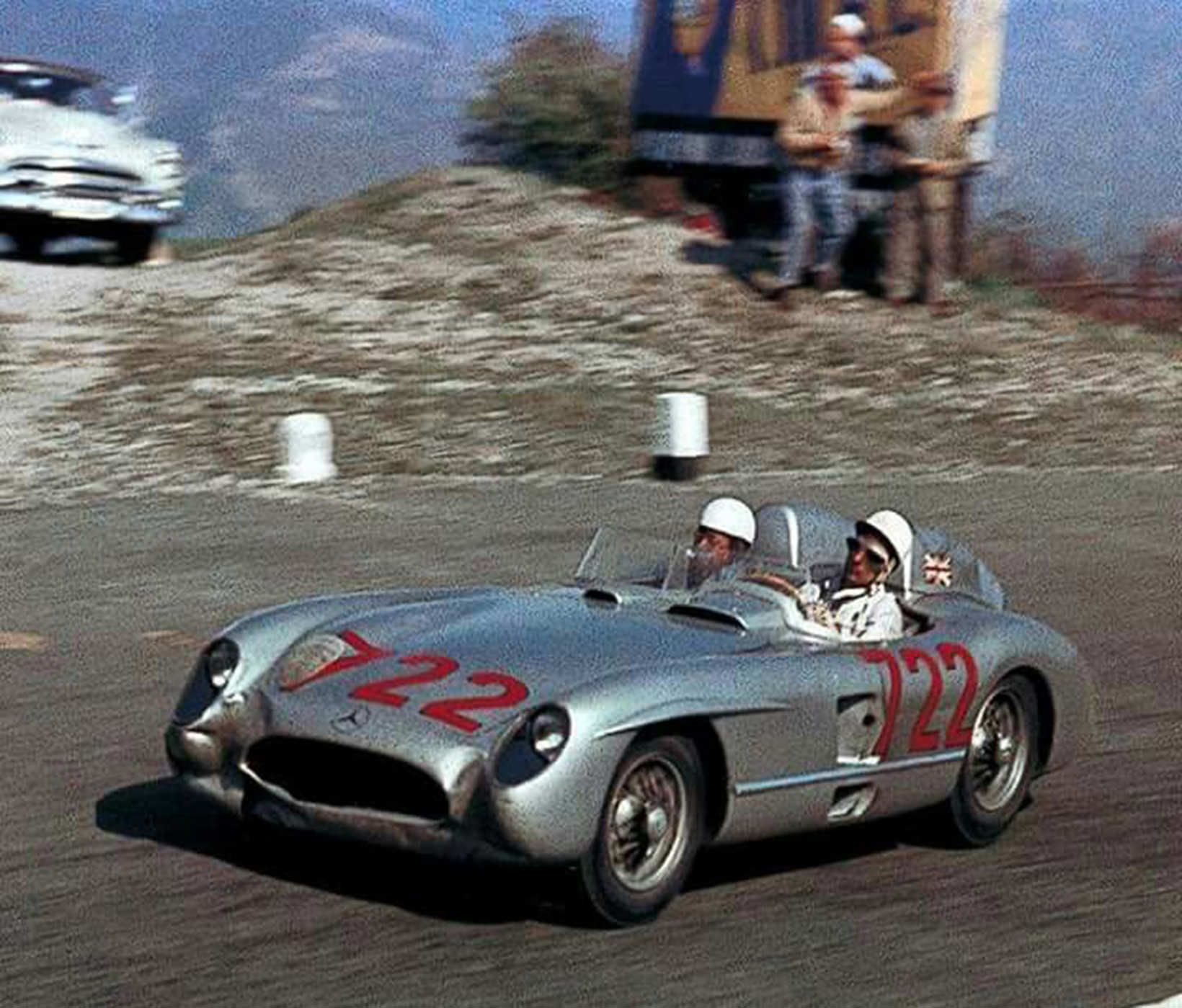 His greatest sports car victory – arguably his greatest career victory - was the 1955 Mille Miglia 1000-mile (1600km) road race through Italy, with British motoring journalist and navigator Denis Jenkinson riding shotgun and calling pace notes in a works-entered Mercedes-Benz 300 SLR. Moss’s epic non-stop drive for more than 10 hours, at speeds that often reached 180mph (290km/h) on public roads, was one of the greatest the sport has ever seen. And he was only 25 at the time.

Of course, there were many other memorable wins along the way, too many to mention here. Moss won 212 of the 529 races in which he competed professionally across numerous categories, which showcased his brilliant versatility in being able to adapt his driving style to extract maximum speed from anything on four wheels. 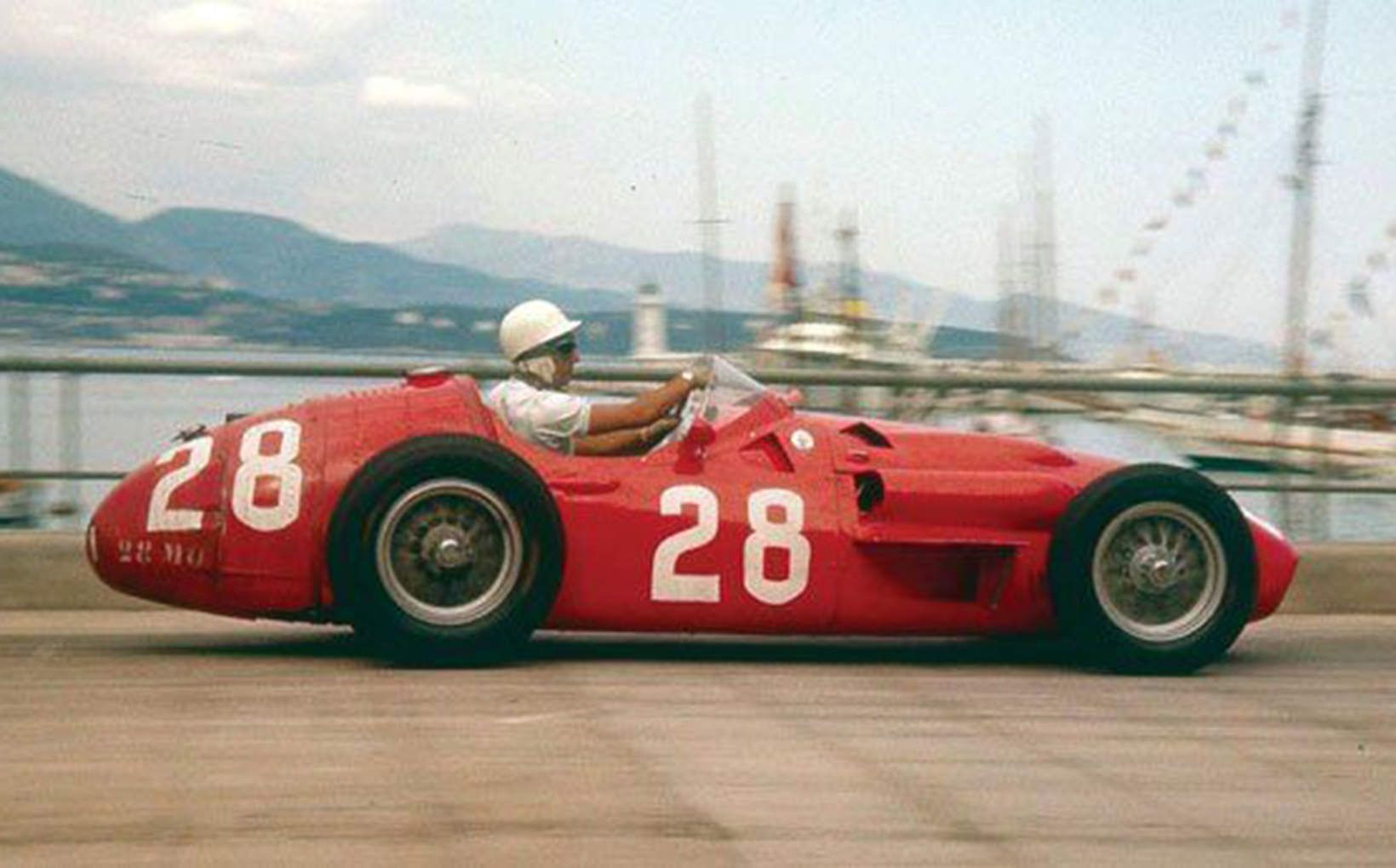 Moss also had a long association with Australian motor sport, which commenced in 1956 when he won the non-world championship Australian Grand Prix at Albert Park aboard a works-entered Maserati 250F.

He also made an infamous attempt to win the Bathurst 1000 in 1976, teamed with his close friend and former F1 rival Sir Jack Brabham in a Torana L34. The heavily-sponsored Bathurst campaign created enormous publicity but the actual race was an anti-climax.

Brabham became stranded on the starting grid when the Torana’s gearbox jammed and was rammed heavily from behind by a Triumph Dolomite. After lengthy repairs, the patched-up car only last 37 laps before the engine blew, with Moss at the wheel. He was clearly disappointed, but accepted the situation with his typical good grace and charm. 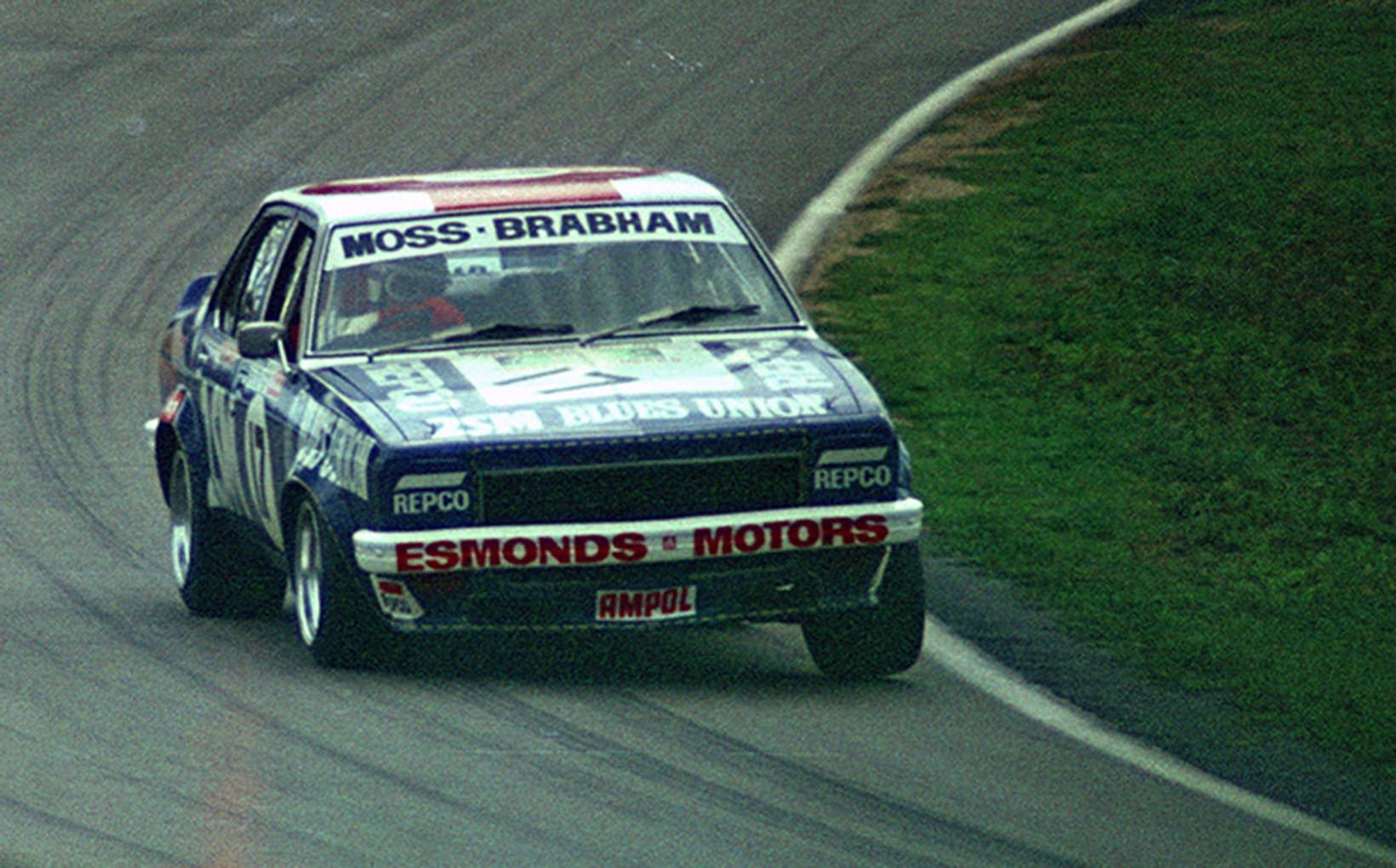 And no baby boomer Aussie car enthusiast could forget the masterstroke by Chrysler Australia in 1970, signing Moss to promote the virtues of the latest VG Valiant range and its all-new ‘Hemi’ six-cylinder engine in its advertising. Many years later Moss returned to compete in the Targa Tasmania road rally and remained a great motor sport ambassador throughout his life.

To his family and many friends, the Shannons Club extends it sincere condolences. Sir Stirling Moss will always be remembered as one of motor racing’s all-time greats.