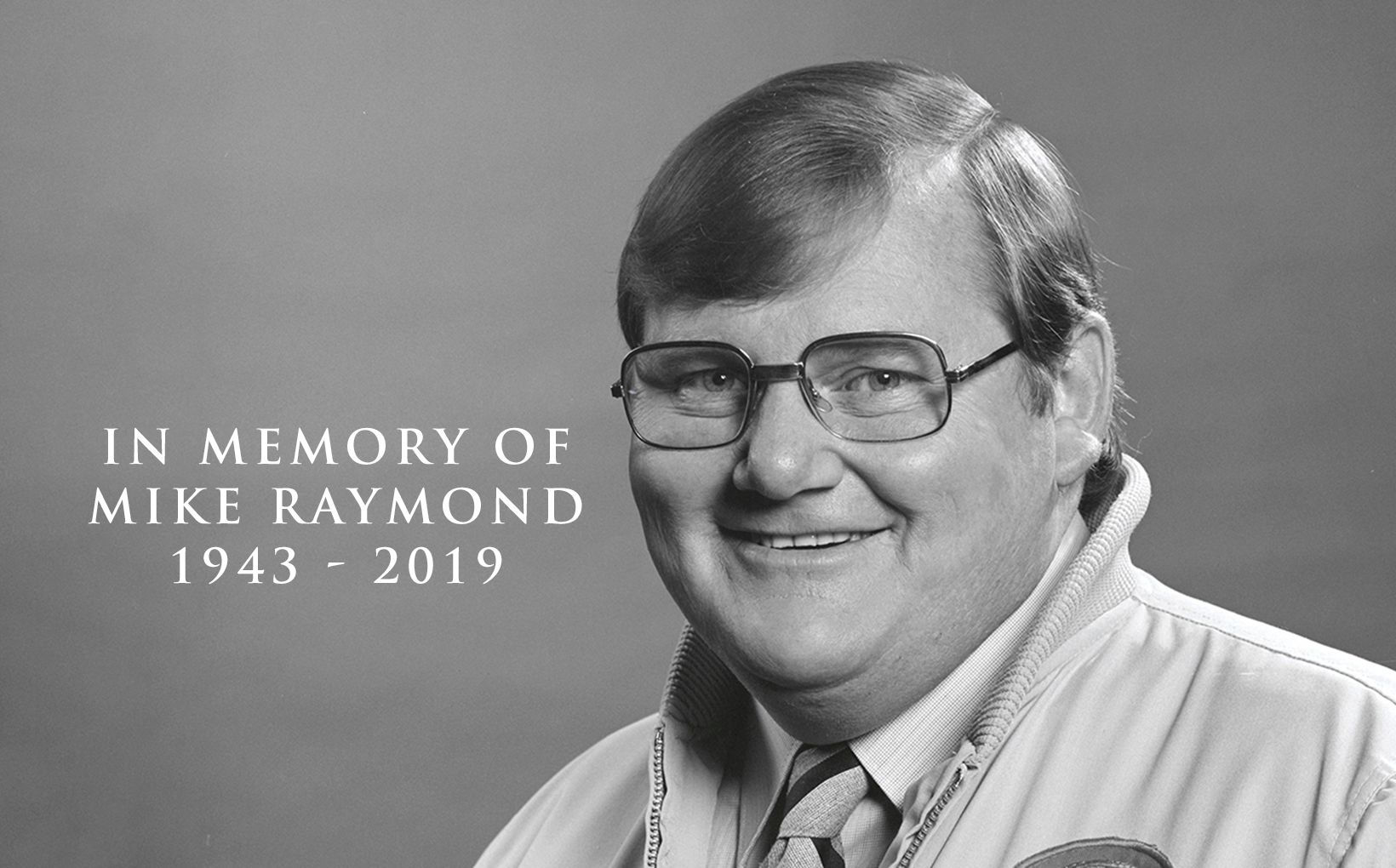 The Shannons Club was deeply saddened to hear of the recent passing of famous TV motor sport commentator Mike Raymond, after a brief battle with illness. He was 76.

Raymond was much more than just a commentator, even though he is publicly known more for that role than any other. His stellar broadcasting career spanned decades, from his earliest days as a speedway announcer to anchoring the Bathurst 1000 and Australian Touring Car Championship telecasts.

He was, at heart, a genuine fan and a brilliant broadcast producer. It was that enthusiasm and passion for fast cars and motor sport which drove him to utilise the power of television to raise touring car racing’s national and international profile to unprecedented heights.

He spent considerable time in the US throughout his career, keeping abreast of the latest trends in speedway and circuit racing promotion which infused his activities in Australia. He had many high-profile friendships in the States and was extremely well connected, resulting in local appearances by Indy superstars like AJ Foyt and Johnny Rutherford.

Mike’s touring car commentary and producer role with the Seven Network commenced in the late 1970s and spanned more than two decades. In that time Raymond brought a unique blend of Australian and US showmanship he’d perfected at Sydney’s Liverpool Speedway during its halcyon days.

Circuit racing purists may have initially winced at some of his favourite US-inspired expressions like ‘standing on the gas’ and ‘pedal to the metal’ but Australian audiences soon grew to love this larger-than-life showman.

And when it came to putting bums on seats, Mike was your man. If there was a major speedway, supercross or touring car event coming to a track near you, he used the power of television and punchy 30-second commercials he personally wrote, voiced and edited that were guaranteed to get your ‘backside trackside’. His parting words were always ‘Be there!’

As a TV producer he was also a great innovator, always looking for new ways to make the sport more appealing to audiences. Without question the greatest innovation he championed was ‘Racecam’ which made its stunning debut at Bathurst in 1979.

This was the first time in the world that vision and sound from the cockpit of a race car - in this case Peter Williamson’s Celica - were beamed live to a TV audience of millions. Suddenly the world was beating a path to Australia’s door. Today, this technology is used the world over.

Other innovations with his unique stamp of showmanship included Bathurst’s annual Top 10 single-car qualifying shoot-out for pole position, which debuted as ‘Hardie’s Heroes’ at the 1978 Hardie-Ferodo 1000 and has remained ever since. He also played a pivotal role in the creation of new touring car rules for 1993 which pitted V8 Falcons and Commodores against each other in a civil war now known as V8 Supercars.

Fittingly, Mike was awarded the Order of Australia in 1996 and inducted into the Australian Motor Sport Hall of Fame in 2018. His contribution to the sport was immeasurable, given the millions of TV viewers he entertained and the many young presenters whose careers he nurtured, including the Shannons Club’s Mark Oastler and Australia’s eminent V8 Supercar commentator Neil Crompton.

The great man may be gone but his impressive body of work will live on, immortalised for future generations to enjoy on countless touring car highlight DVDs and Youtube video clips. To Mike’s family and many friends, Shannons Club extends its sincere condolences.

Watch Mike Raymond in the Shannons Legends of Motorsport series where he joined hosts Bill Woods and Aaron Noonan for a lively discussion with fellow Seven Motorsport personality, Garry Wilkinson. Mike talked about the introduction of Race Cam and how it relaunched motorsport in Australia. The program also features special rarely seen footage and images.