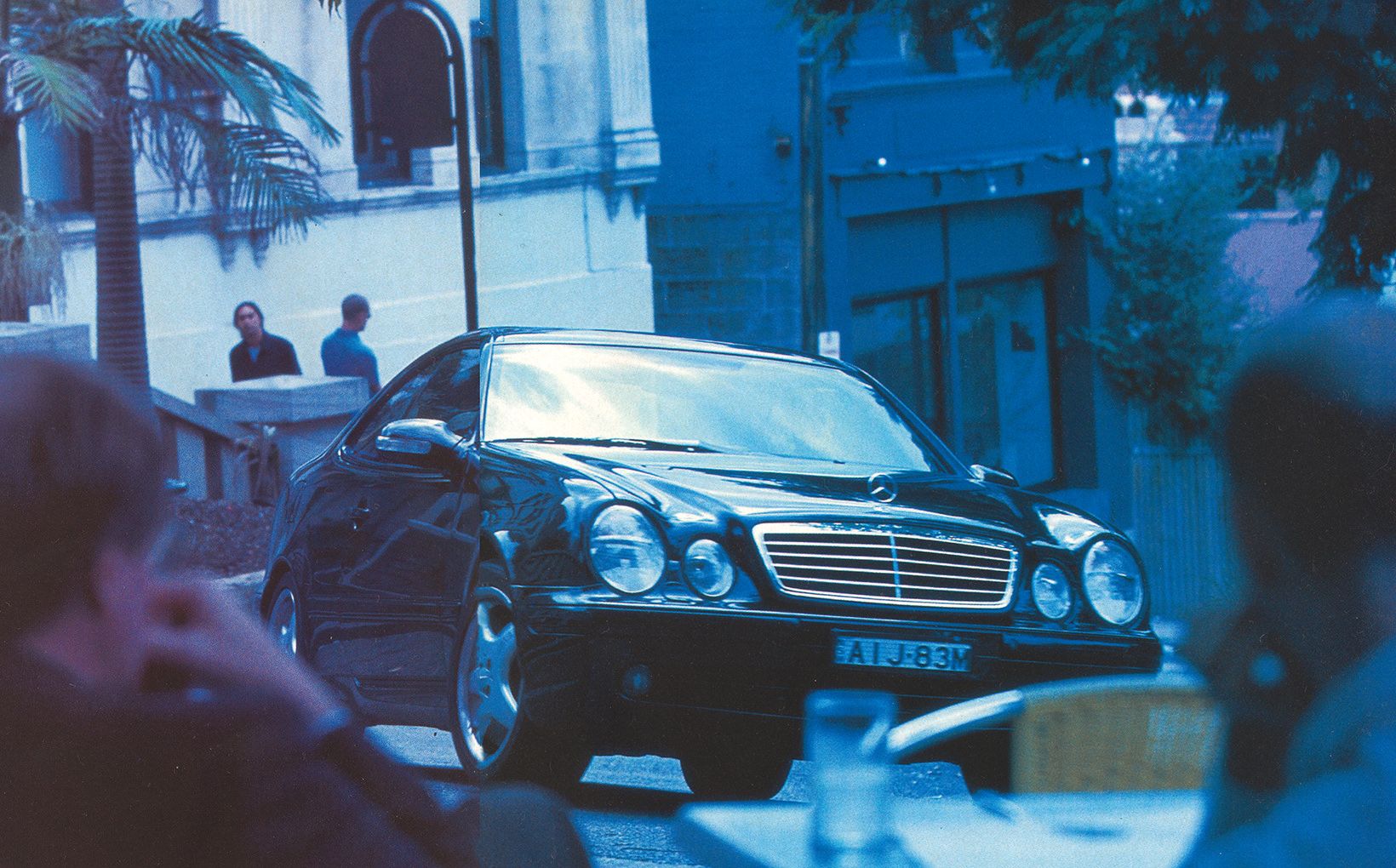 It’s a size thing, where bigger is better, quicker is more convincing. And, as any hot-rodder can tell you, putting a great big, powerful engine into a small, light (ish) body is the way to accelerative success. At 1545kg, the CLK55 AMG is no featherweight, but when there's 255k W eager to fire from under the bonnet to the back wheels, some of those kilos get a free ride.

The CLK55's engine is essentially the same V8 Mercedes-Benz uses in the E55 (see page 36). Changes were made to the exhaust system so the engine could be wedged into the CLK's smaller engine bay. This resulted in a power reduction of 5kW compared with the E55. Maximum torque of 510Nm at 3000rpm is down 15Nm from the E55 engine. With only a single-cam and three valves the Mercedes V8 is no technophile's joy, but it still develops power and torque in bulk.

Perhaps we were naive, but we really thought there couldn't be much point bothering with the factory-massaged CLK55. Any improvement with the beefed-up, AMG-ified coupe would be slight and superficial over the CLK 4.3 we drove in the April issue. Buy then we drove the CLK55. It didn’t take long to realise the $195,200 AMG machine fills a void in the performance car world that the CLK 4.3 couldn’t ever hope to plug. 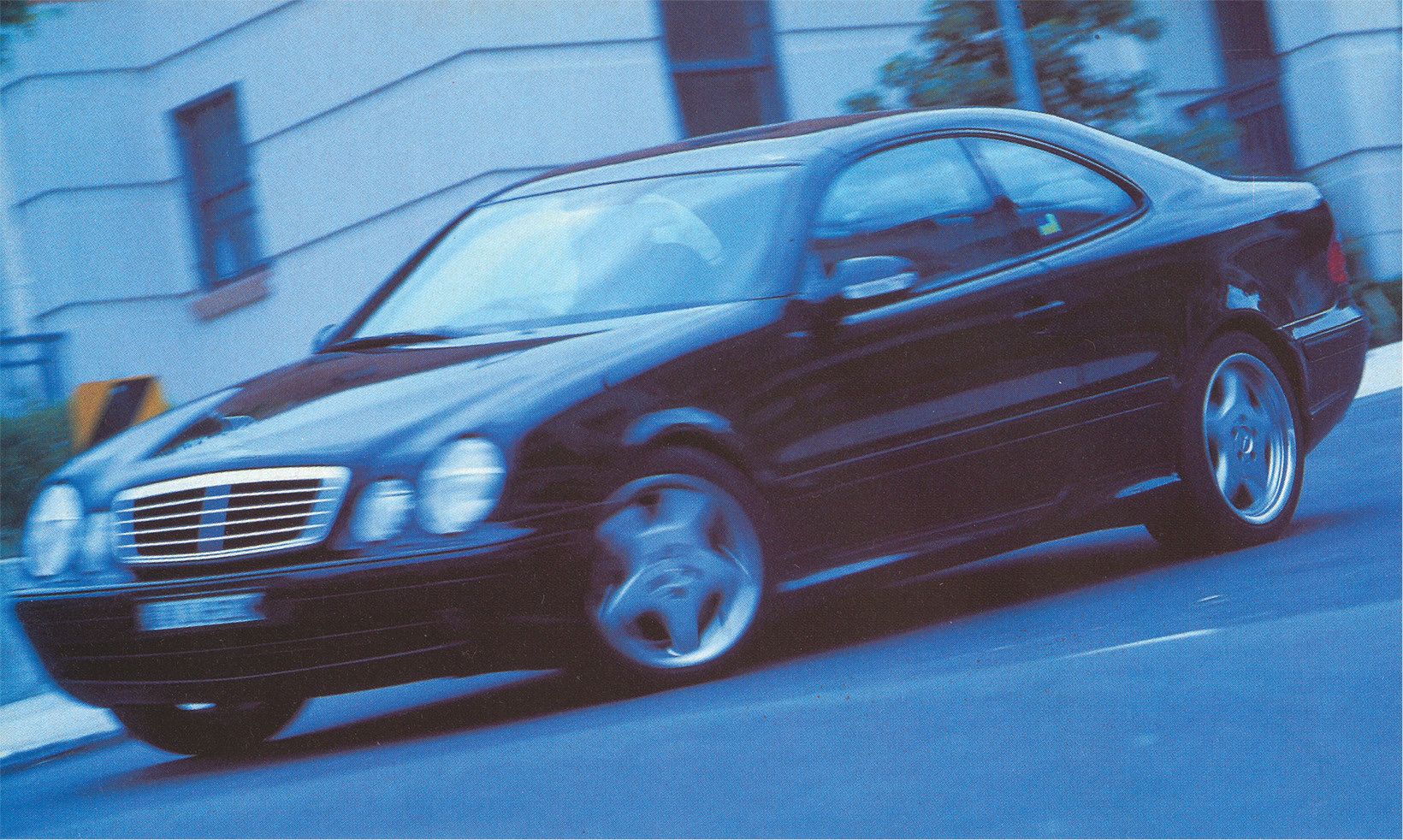 The result of this devilish pairing of kilowatts and minimal (for a Mercedes) lardiness is performance that packs a prodigious punch in the back. Moving from P to wheee is a brief experience in the CLK55. It's even quicker than the storming sedans compared in this issue. Take, for example, the 2.9 seconds to get to 60km/h. In 5.7 seconds you've made it to 100km/h, and if you're up in the Territory, you'll clock 160km/h in 12.9 seconds. A CLK owner would probably never admit to having the slightest interest in 400 metre times, but when the times are this low like 13.9 seconds at 165.7km/h) we are certainly interested.

Despite having the capacity to deliver Porsche 911-like pace, the CLK has the disarming ability to pull off the feat with luxury coupe grace. This is due in no small part to the Mercedes-Benz five-speed auto, the only transmission offered. While auto boxes are generally more consistent in translating power delivery than manuals, the CLK55's automatic is especially precise. Overtaking speeds in our roll-on tests varied by little more than 0.06 seconds, even on a damp track. And even at wide-open- throttle the changes were smooth. The transmission's ability to deal with the engine's torque massive attack output gives it a degree of civility often missing from cars with similar performance potential. 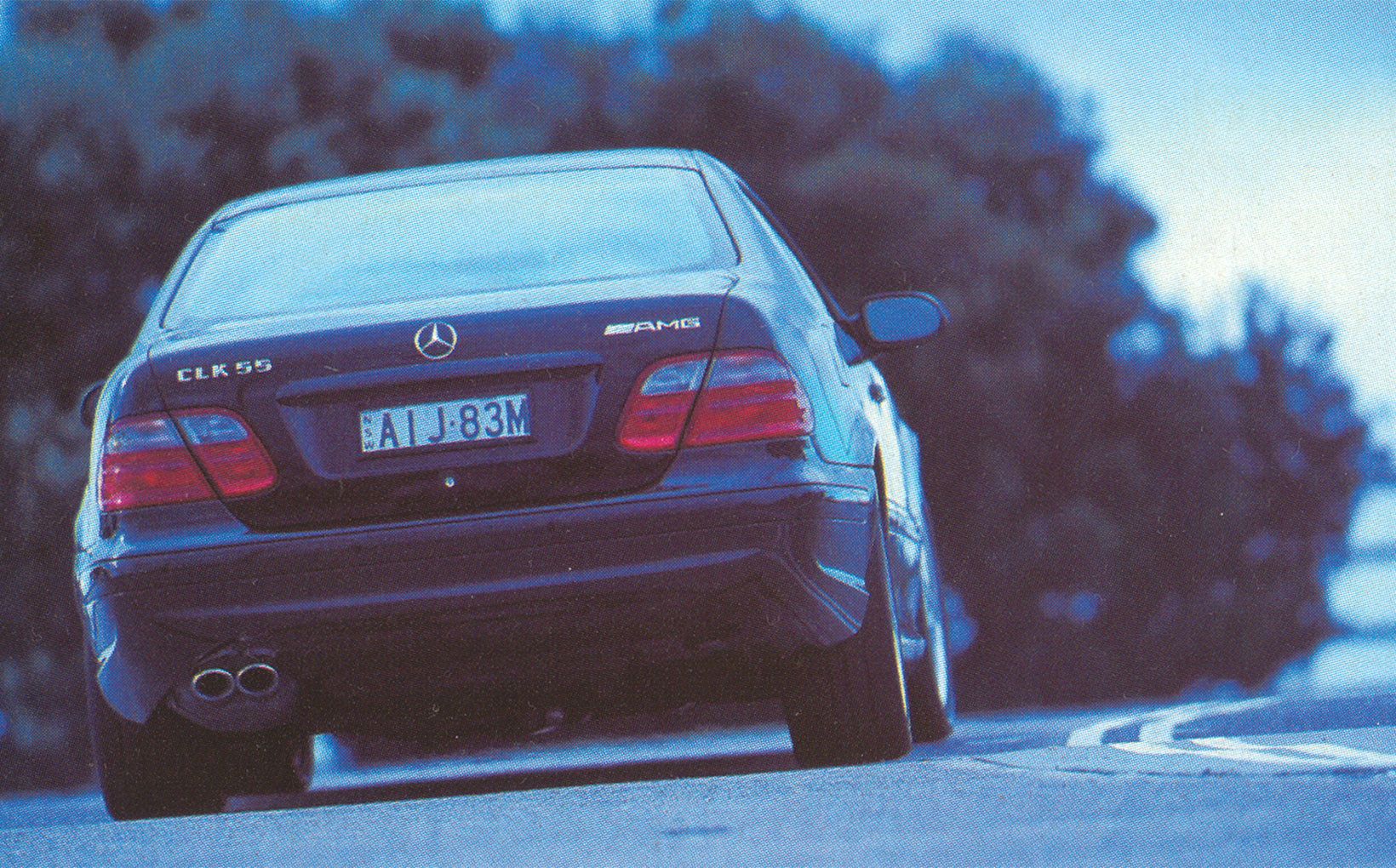 ESP is also useful when taking off in town. Mercedes accelerator pedal travel is longer than most other cars, so till you get used to it there is a tendency to apply too much throttle too quickly. Manually selecting second in the left/right gate of the transmission selector can help, since the gearbox then permits the car to move off in second and thus offers less violent takes offs.

By modern standards, the CLK almost seems under-tyred, relying on 17in alloys shod with Z-rated Bridgestone S-01s (225/40s front, 245/40s rear). The saving grace is that the Japanese tyres are a great match for the chassis. And a bonus is that the CLK's chassis is superbly matched the engine's potential.

Though well-sorted, even in basic form, there's nothing advanced about the A-arm front or multilink rear suspension of the CLK (inherited from the current C-class).

The result is a car which displays exceptionally well-balanced handling. The faintest trace of low speed understeer is present, though as speed - or radius - increases in corners the car becomes more responsive as well as more neutral in character. Corner a bit harder, and the chassis bites even deeper, but stays dead neutral unless you give it the boot. Balance is impressive, since the CLK55's chassis is able to handle lifting off in quick corners with no unpleasant surprises. Generally, this is a car which is easy to drive quickly and safe while doing it. 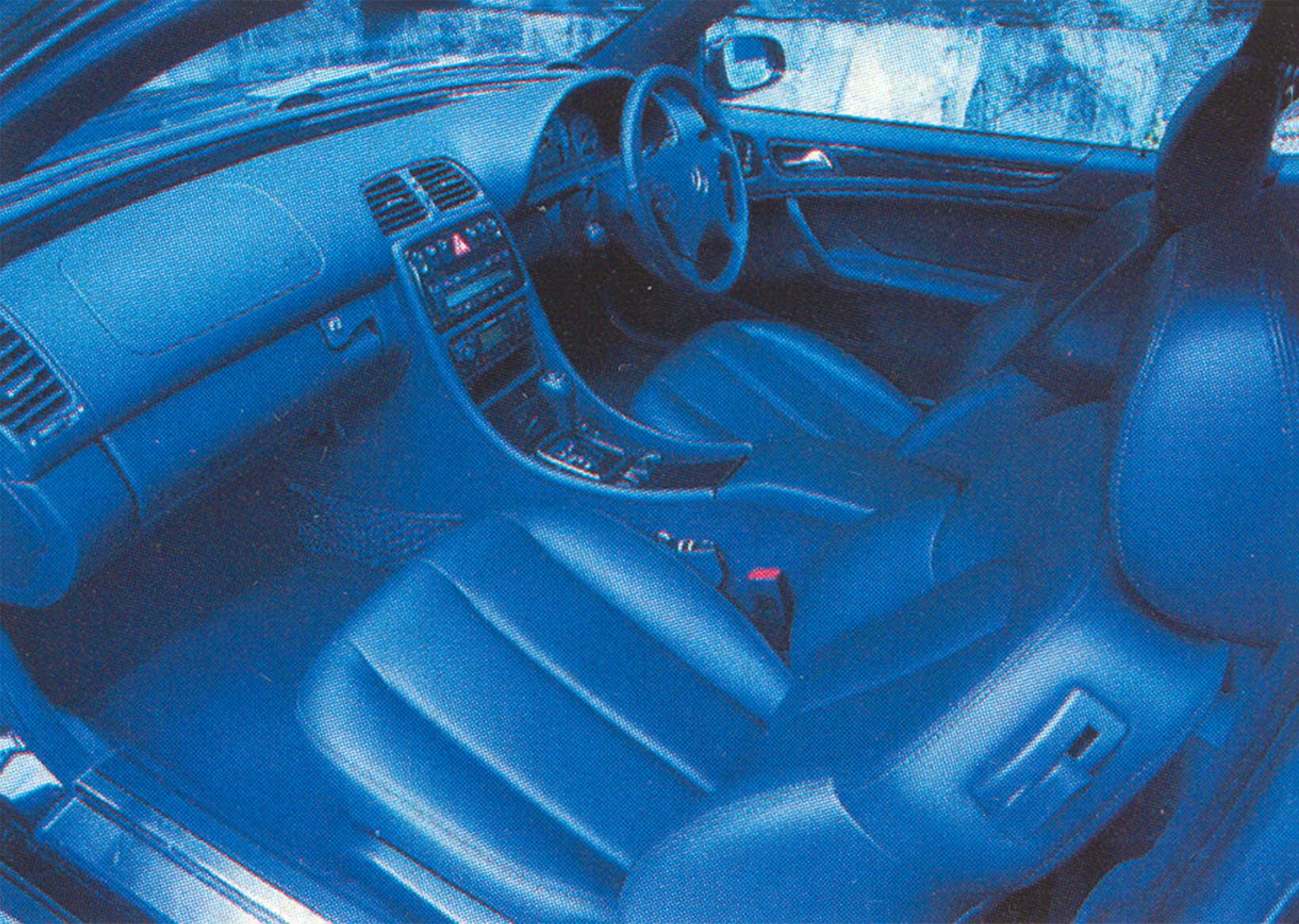 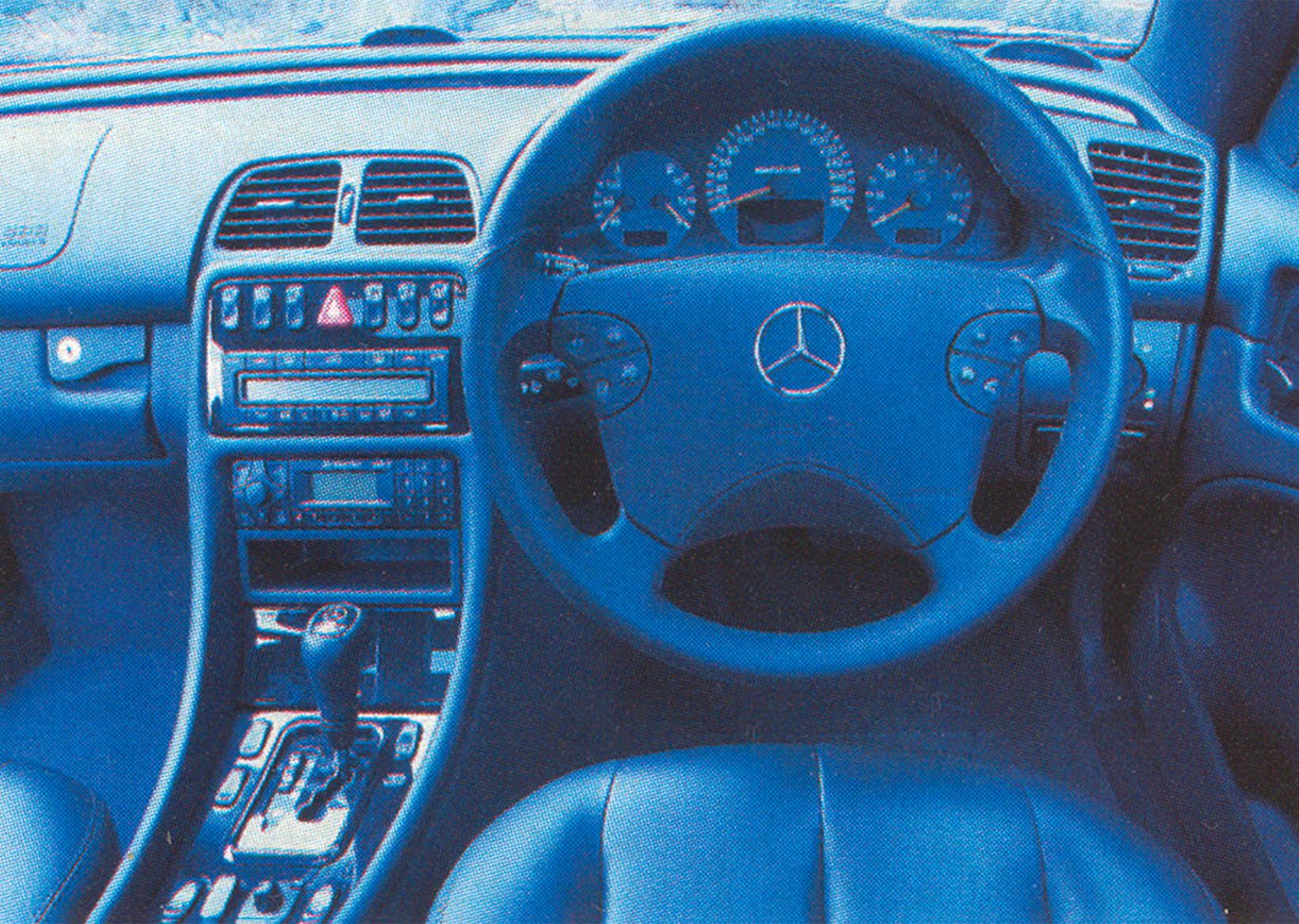 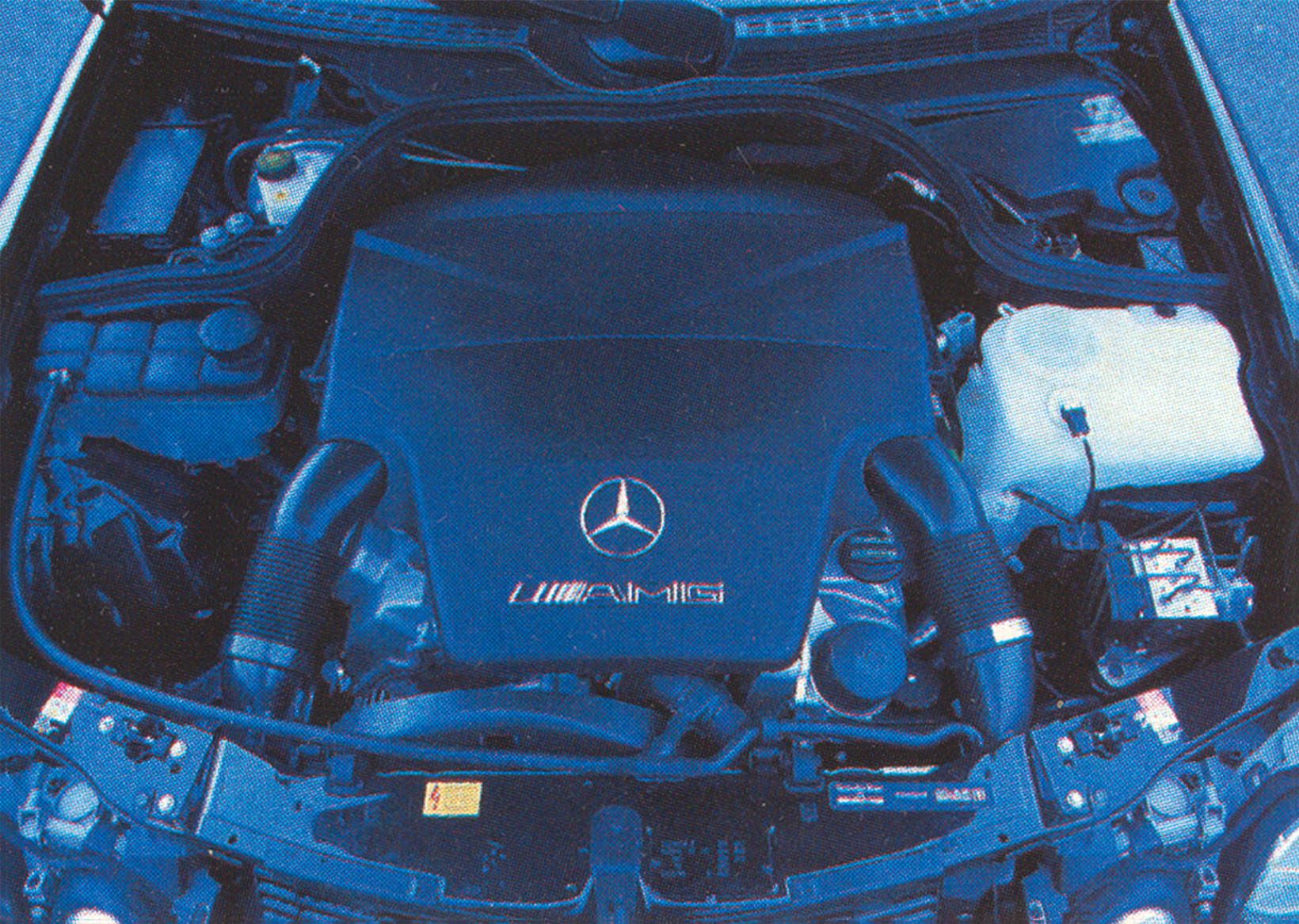 If there is a compromise which is to be paid with the CLK55's impressive handling prowess, it comes with the ride - the chassis has been biased towards handling to the detriment of ride comfort. Firmness is ever present - there's no missing that point, though impact harshness over tar strips or railroad crossings is less than we were expecting on such low- profile tyres. No stone-age suspension tuning sort of harshness, but it's firm.

The other item that tells that Merc has hit the comfort override button is the steering column that has adjustment for reach, but not angle. Other than blocking some drivers' view of the top of the speedometer, the fixed-angle column doesn't cause any real problems. Nonetheless, it's inexcusable in a car which starts at more than $200,000 by the time on- roads are included.

All the other CLK virtues (like a roomy interior that will actually accommodate a pair of adults in the rear seat, smart looks and solid Germanic build quality) are unchanged in the AMG steroid-fed CLK, so the big V8 is icing on the this coupe cake.

The CLK55 serves an ample portion of performance atop a well blended mixture of sex appeal, engineering know-how and practicality. Even when you add $6597 worth of options fitted to the test car to the $195,200 basic price, the CLK55 is one of the best $200K sports coupe buys.