THE Ram 1500 is one of the great success stories of the past few years with sales doubling and even tripling in recent years as the brand found its foothold in the ute-loving Aussie market, however that torrent has now subsided back down to more modest levels of year-on-year growth.

Thing is though, the floodgates may well be about to burst back open as Ram launches the new DT series 1500 which is set to be capped – eventually – by the supercharged TRX flagship.

For the time being though, the DT range consists of the $114,950 Laramie and the $139,950 Limited and Limited Launch Edition twins – the lower end of the range will be made up of the existing DS “Classic” variants, the Express and Warlock. 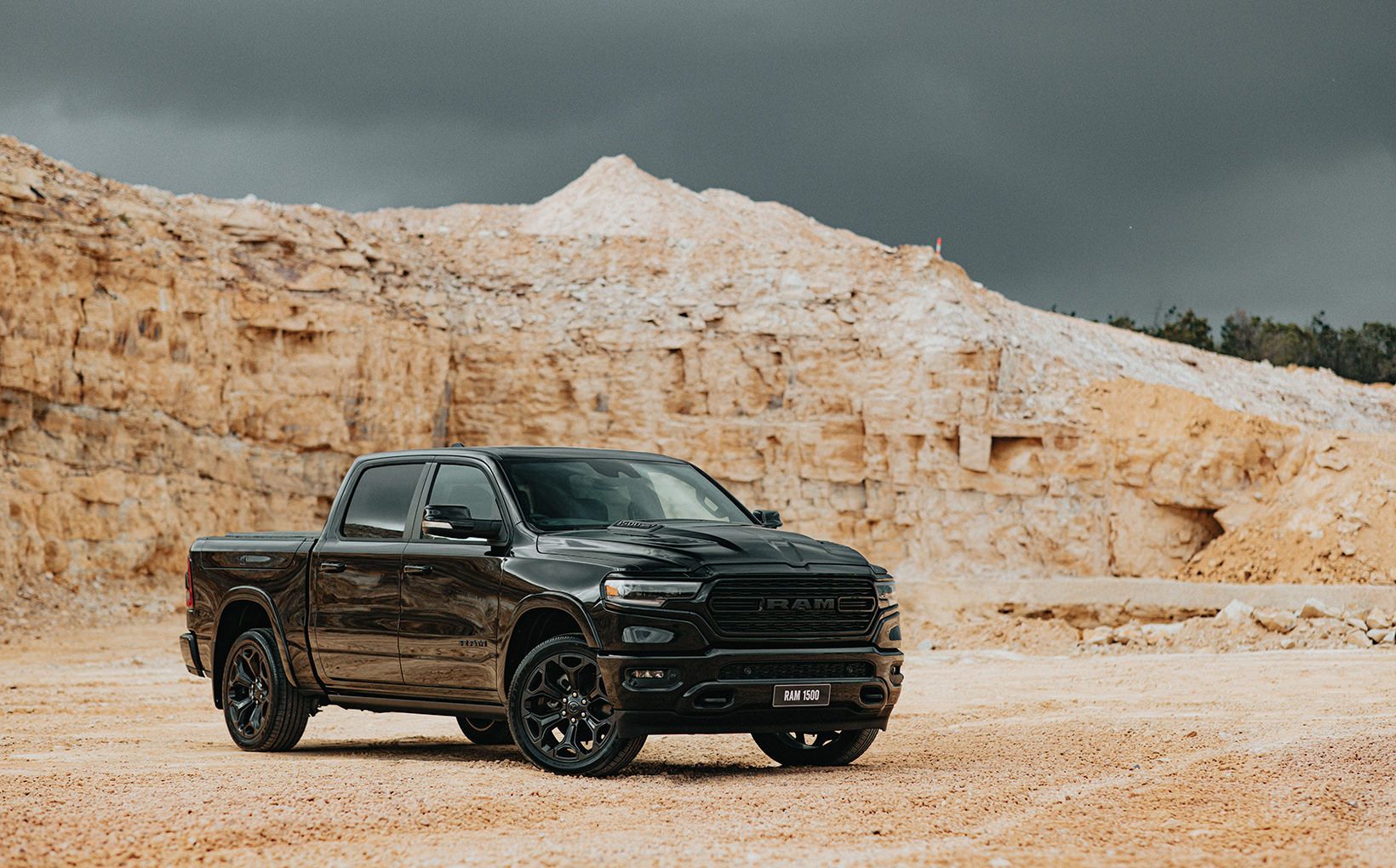 Despite being an “all-new” product, the 5.7-litre Hemi V8 heart of the DT 1500 has been carried over from the DS completely unchanged, meaning power and torque are still rated at 291kW and 556Nm respectively.

That said, the donk has been fitted with a new mild hybrid system which combines a belt-driven generator unit with a 48-volt battery pack to gift the V8 start/stop functionality, short-term torque assist (a lot like Mercedes-Benz’s ISG system) and brake-energy regeneration in the name of efficiency given the lack of a diesel option.

The on-paper results don’t quite live up to the intended promise however with the combined fuel consumption remaining steady at 12.2 litres per 100km. 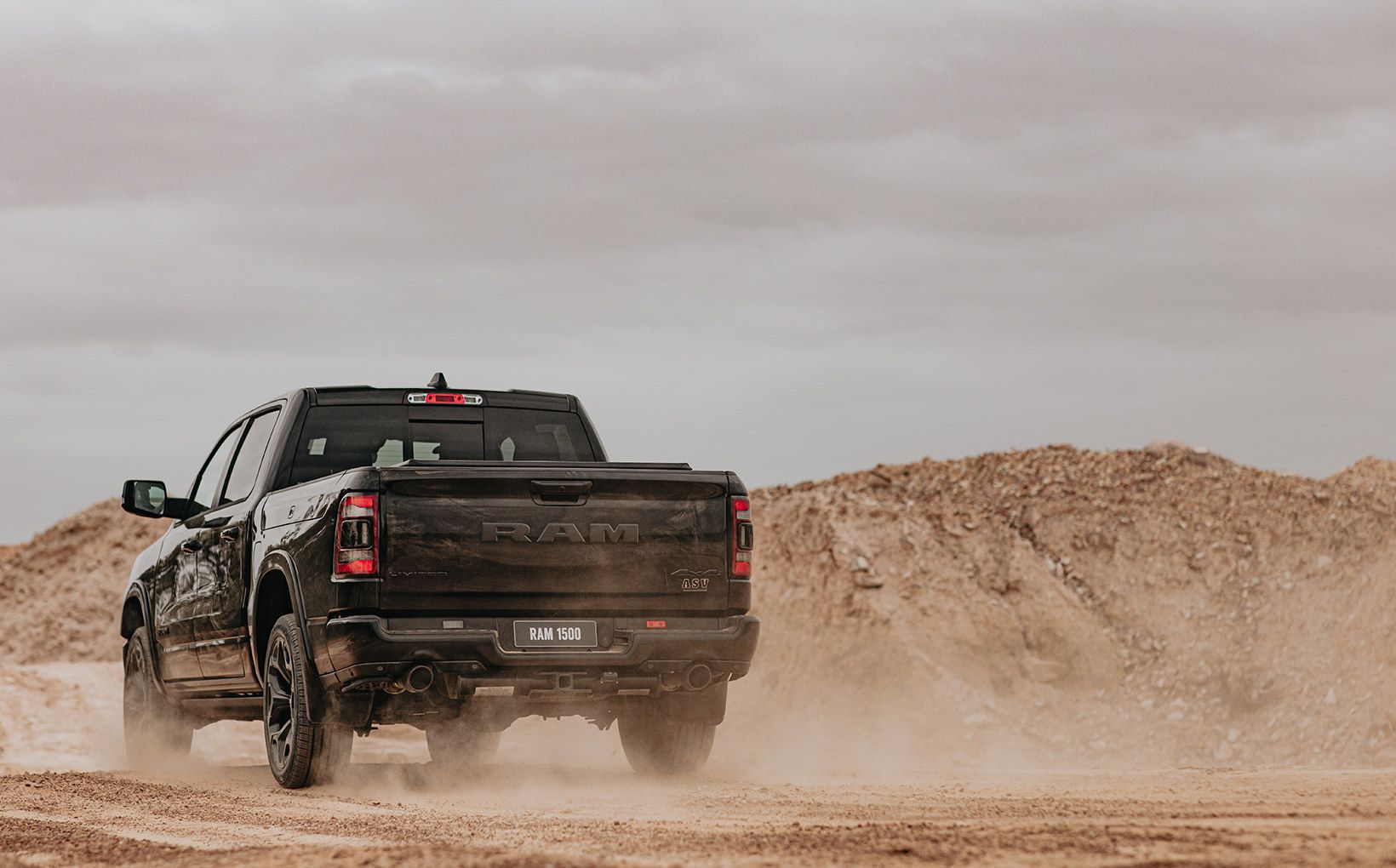 More styling than before, but still ultimately a workhorse.

As before, drive in all variants is sent to all four wheels via an eight-speed automatic transmission and part-time four-wheel-drive system, still with a low-range transfer case and locking rear differential.

More of a model overhaul than decidedly “all-new”, the DTs have updated styling inside and out to help mark them apart from their predecessors.

The biggest change is in the cabin with the completely redesigned centre console which Ram says frees up more storage space while simultaneously improving ergonomics. 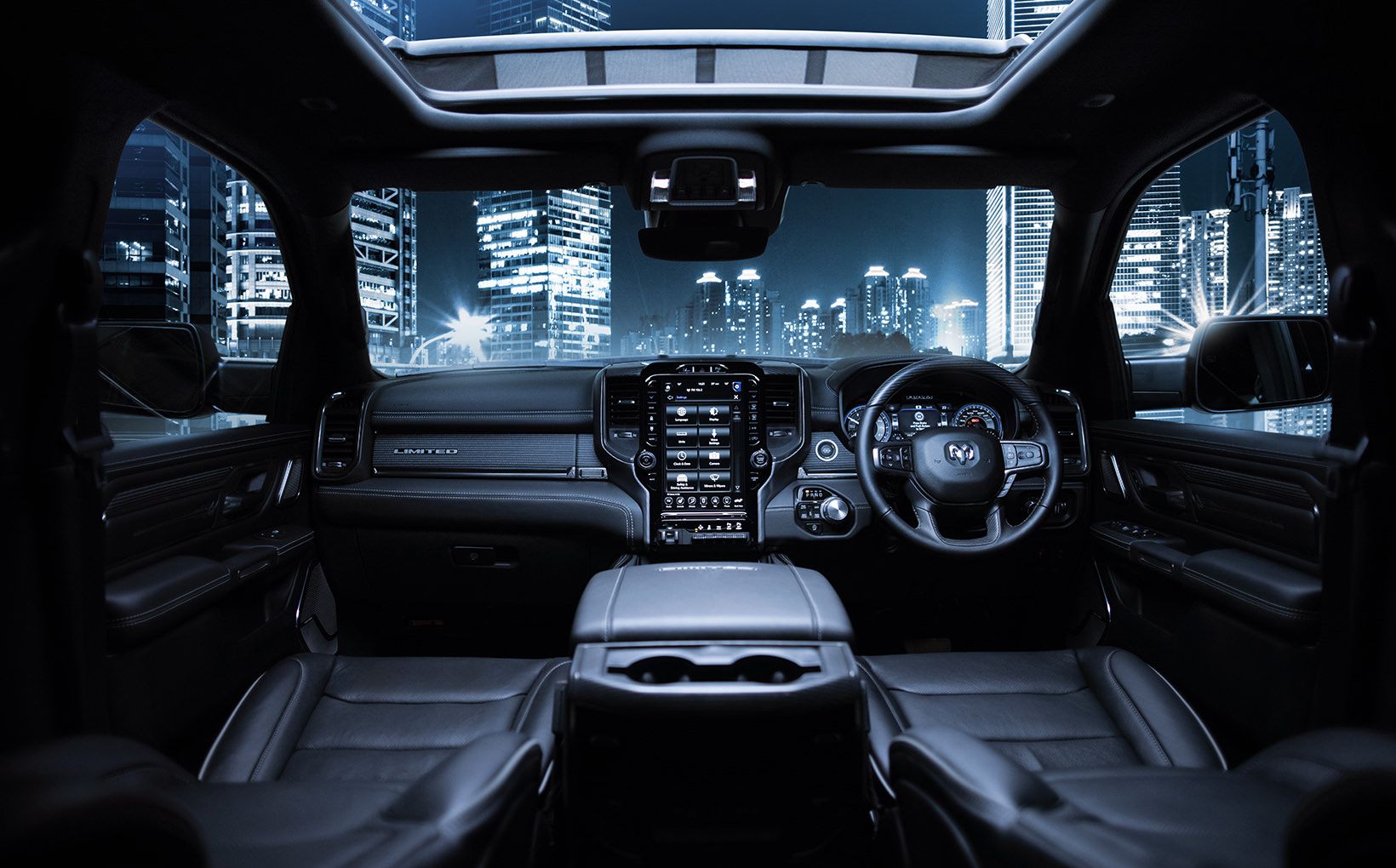 The new centre console is designed to free up more room within the cabin.

Like the engine, many of the 1500’s customer-favourite features have been carried over including the RamBox Cargo Management System which is optionally available on the Laramie (for an extra $5000) and included as standard on the Limited Launch Edition. 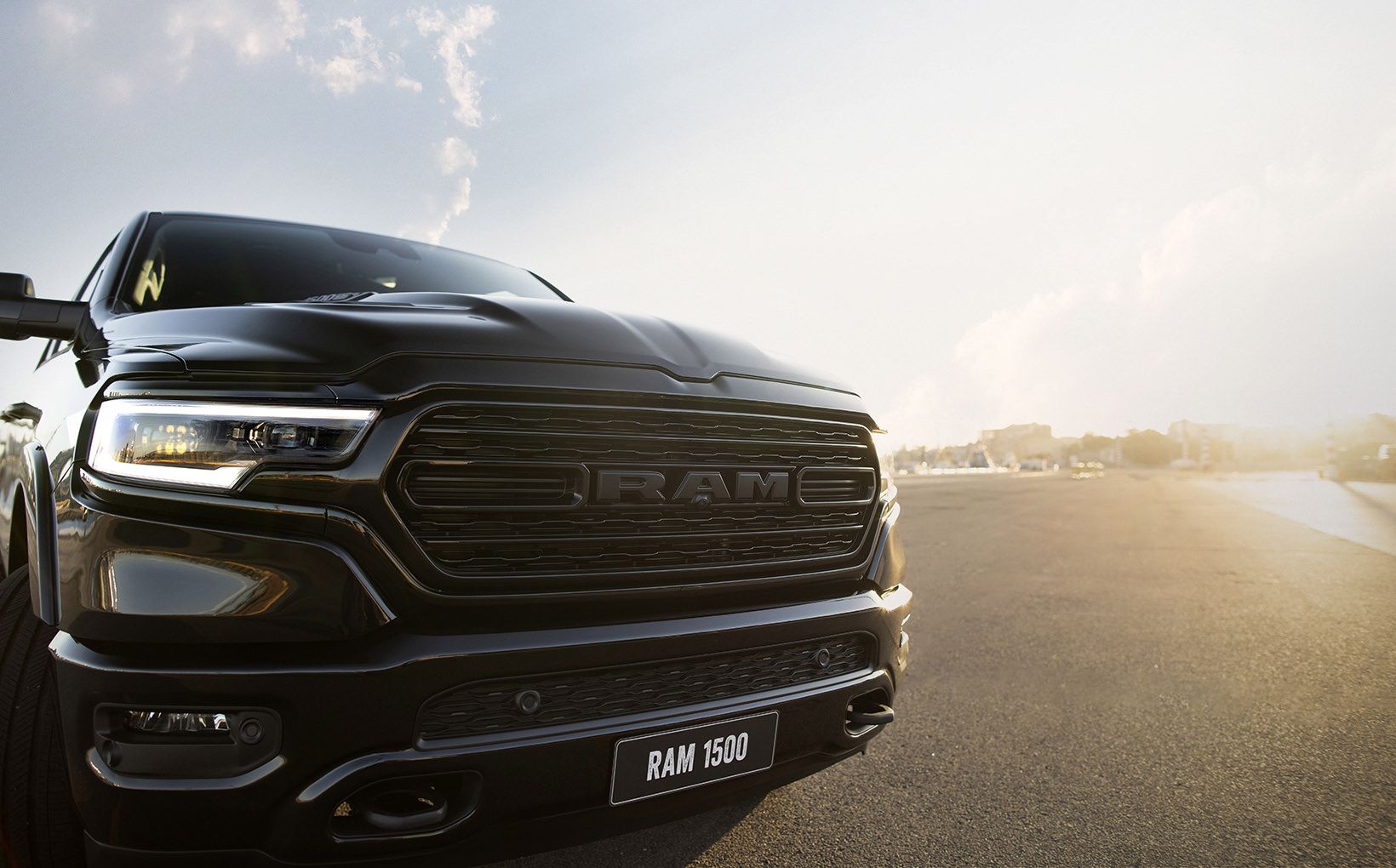 Ram Trucks Australia national manager Jeff Barber said he was delighted to welcome the new-generation 1500 and that there would be more to come from the brand.

“The all-new 1500 DT marks the culmination of a detailed planning, development, remanufacturing and testing programme with our local and global partners, including Fiat Chrysler Automobiles (US),” he said. 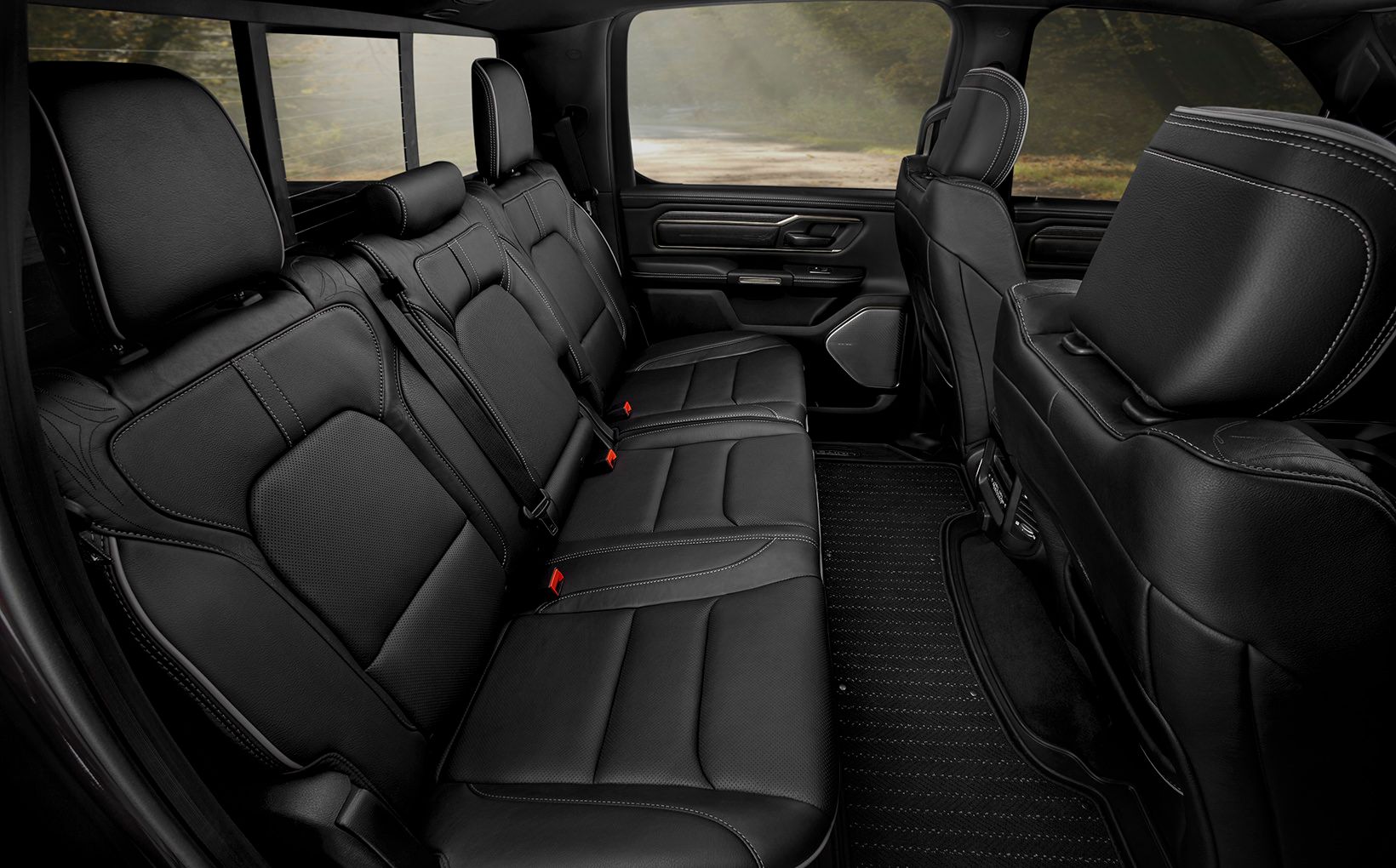 These seats fold up stadium style in a 60:40 split.

“The DT version now swells our 1500 range to five diverse models, from the price-leading Express Quad to Crew Cab, Warlock II, and now DT versions of Laramie, and Limited.

“With the all-new 2500 and 3500 also arriving later this year – and some other exciting developments – 2021 looks set to be a record year for Ram Trucks Australia.”

For those intrigued by the aforementioned TRX, the Raptor-hunting Ram is more than just a supercharger pack being bolted to the 5.7-litre Hemi.

It features the blown 6.2-litre unit from the unhinged Dodge Challenger Hellcat with the headline stats being 523kW/880Nm and a 0-97km/h time of 4.5 seconds. 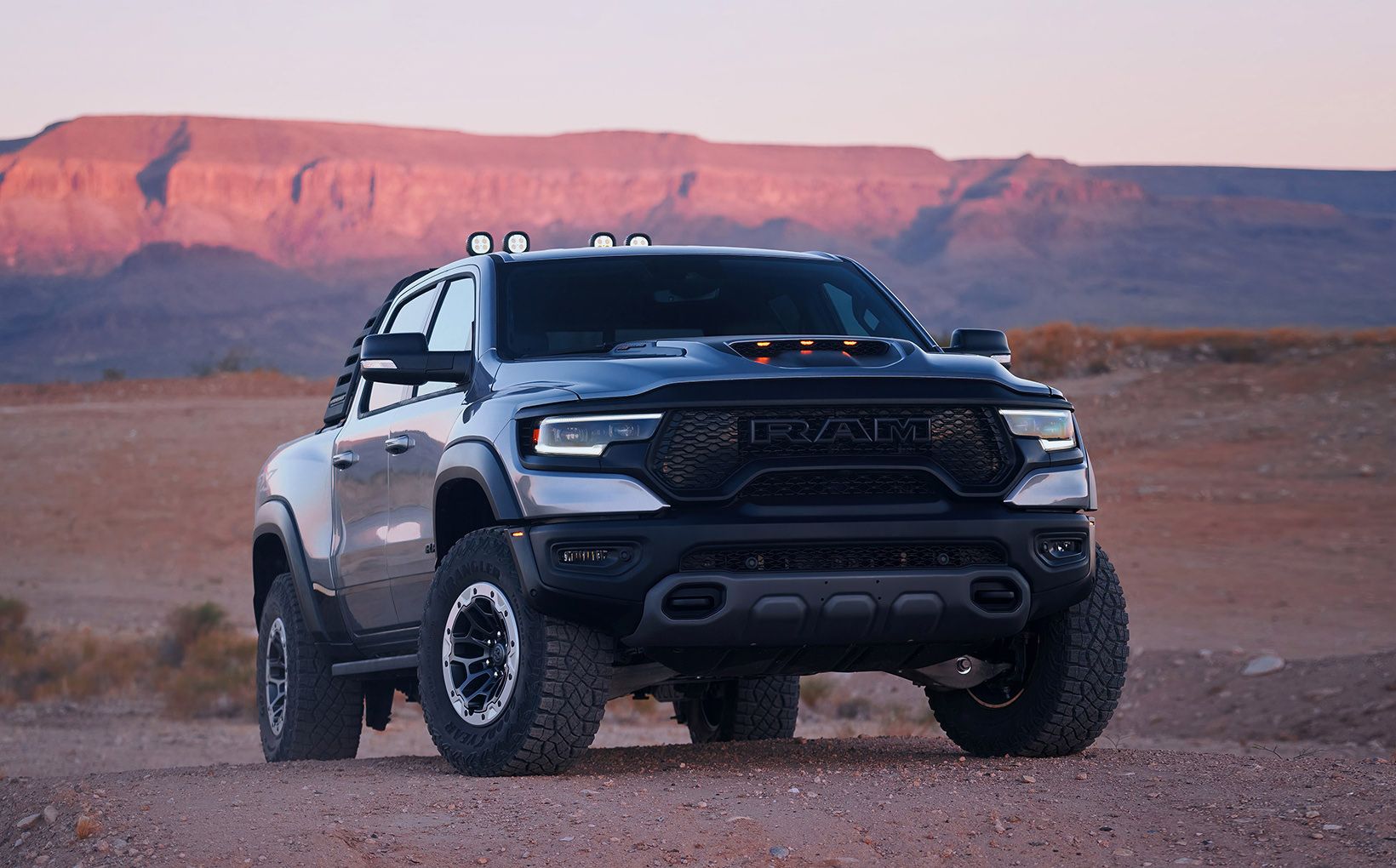 The looming TRX will comfortably be the fastest and most powerful ute offered locally... if it makes it here.

The one drawback for the time-being though is that no definite timeline has been announced in regard to a local launch, however we expect it to arrive by the end of the year.