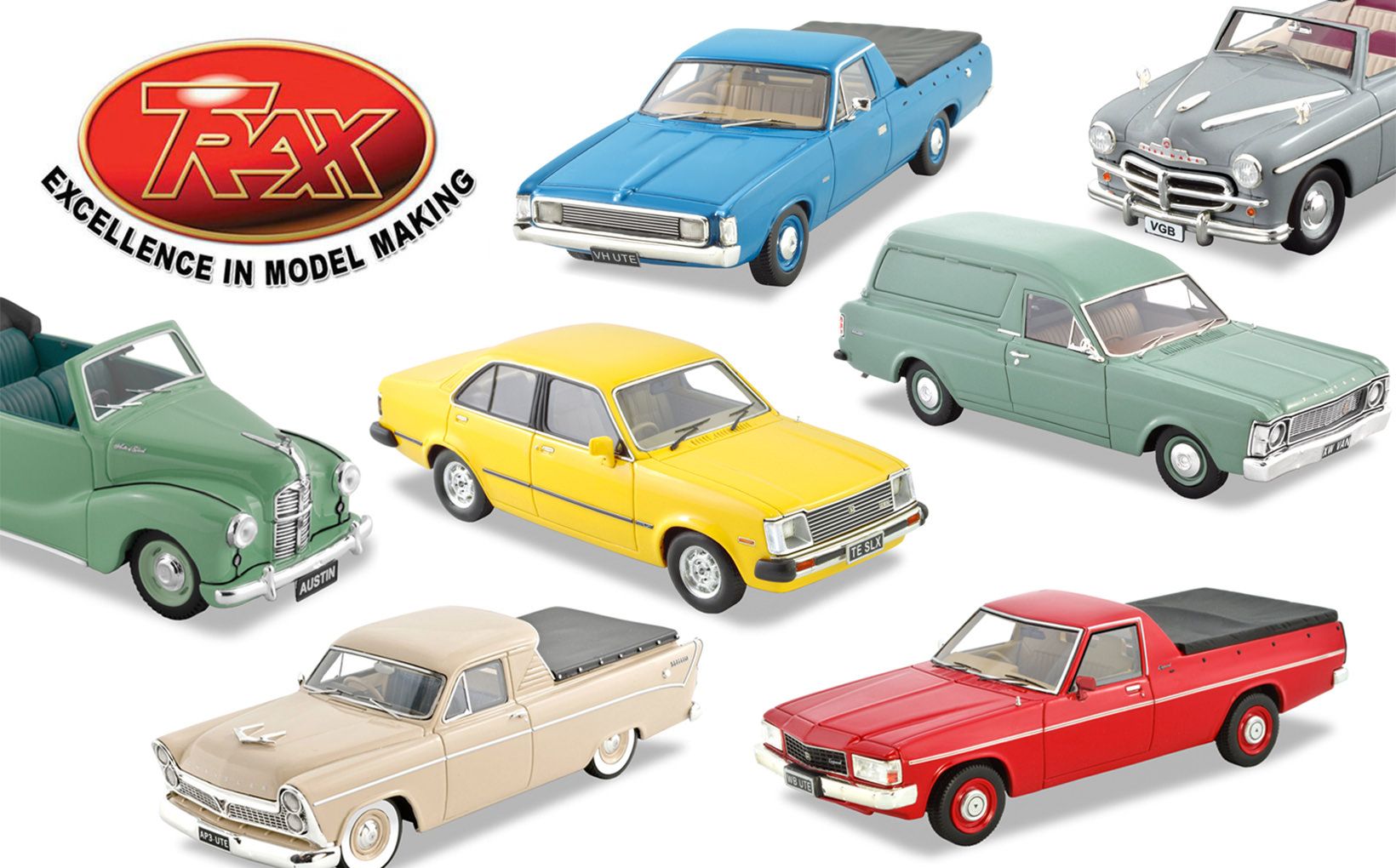 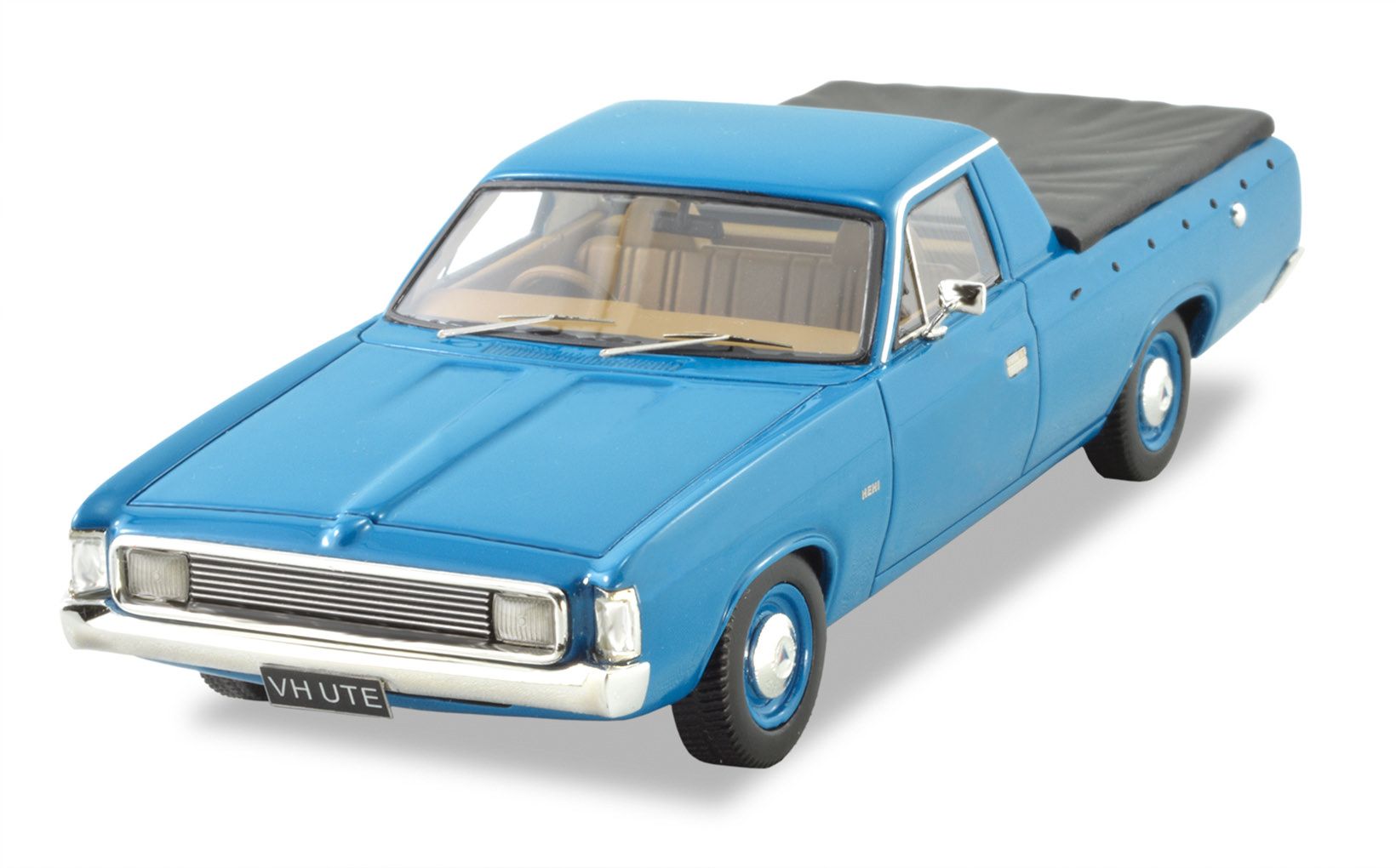 When the VH Valiant was launched in 1971 it introduced Australians to a much larger, fuselage themed styling approach that reflected design cues from US models. As part of the Valiant range a utility variant was released to meet the commercial needs of Australians and Trax has captured this beautifully in 1/43rd scale. Available with the powerful Hemi sixes or the 318 Fireball V8, the Valiant provided an alternative to the HQ Holden Kingswood or XA Ford Falcon utes that were popular at the time. 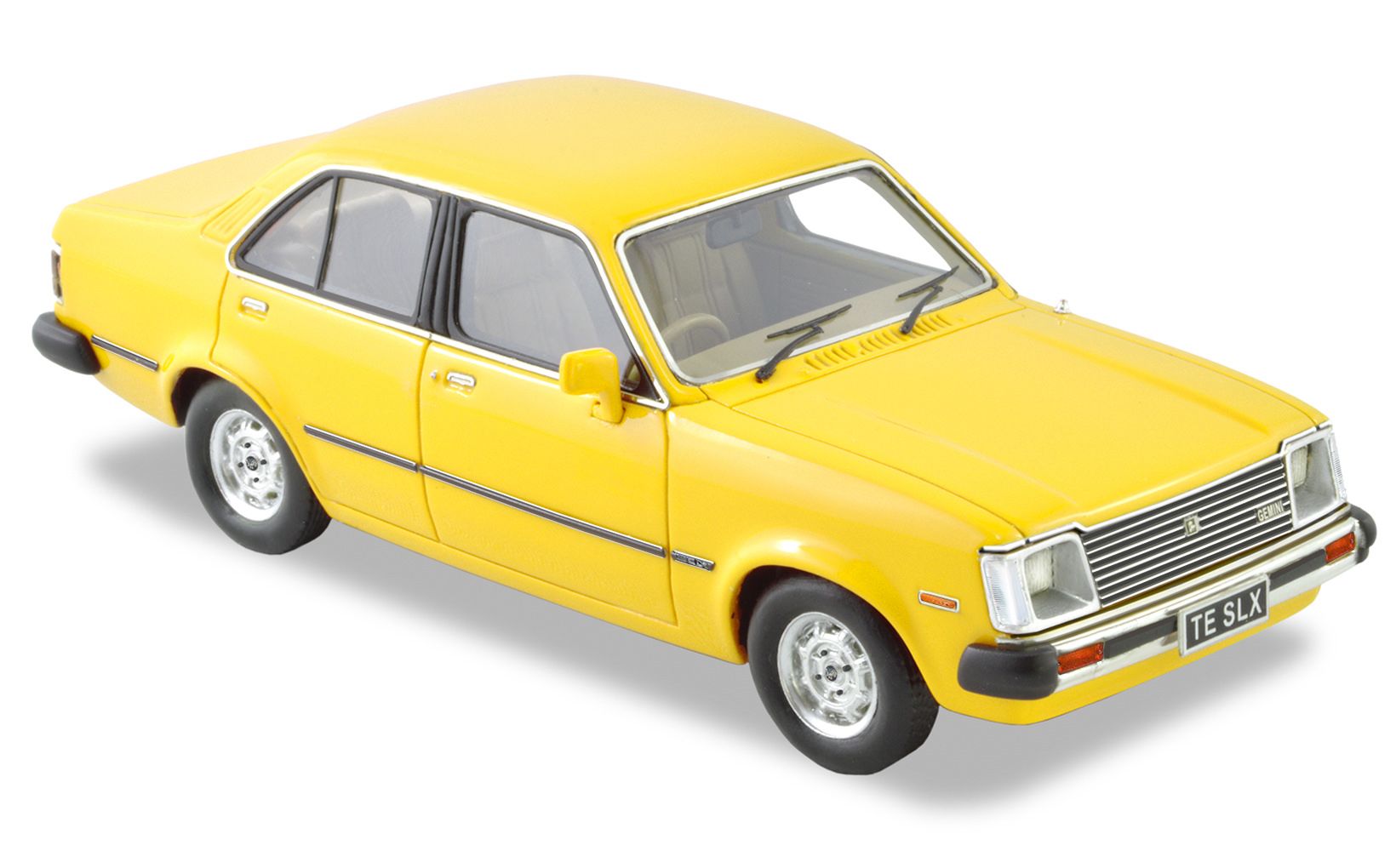 Despite an increasing number of front wheel drive competitors – chief amongst them Ford’s Laser, the Holden Gemini remained a popular model for Holden – offering solid performance and good handling characteristics inherent in its rear wheel drive packaging. Trax has really done a great job on this little Holden and it will make a worthy addition to any collection of 1/43rd scale Aussie models. 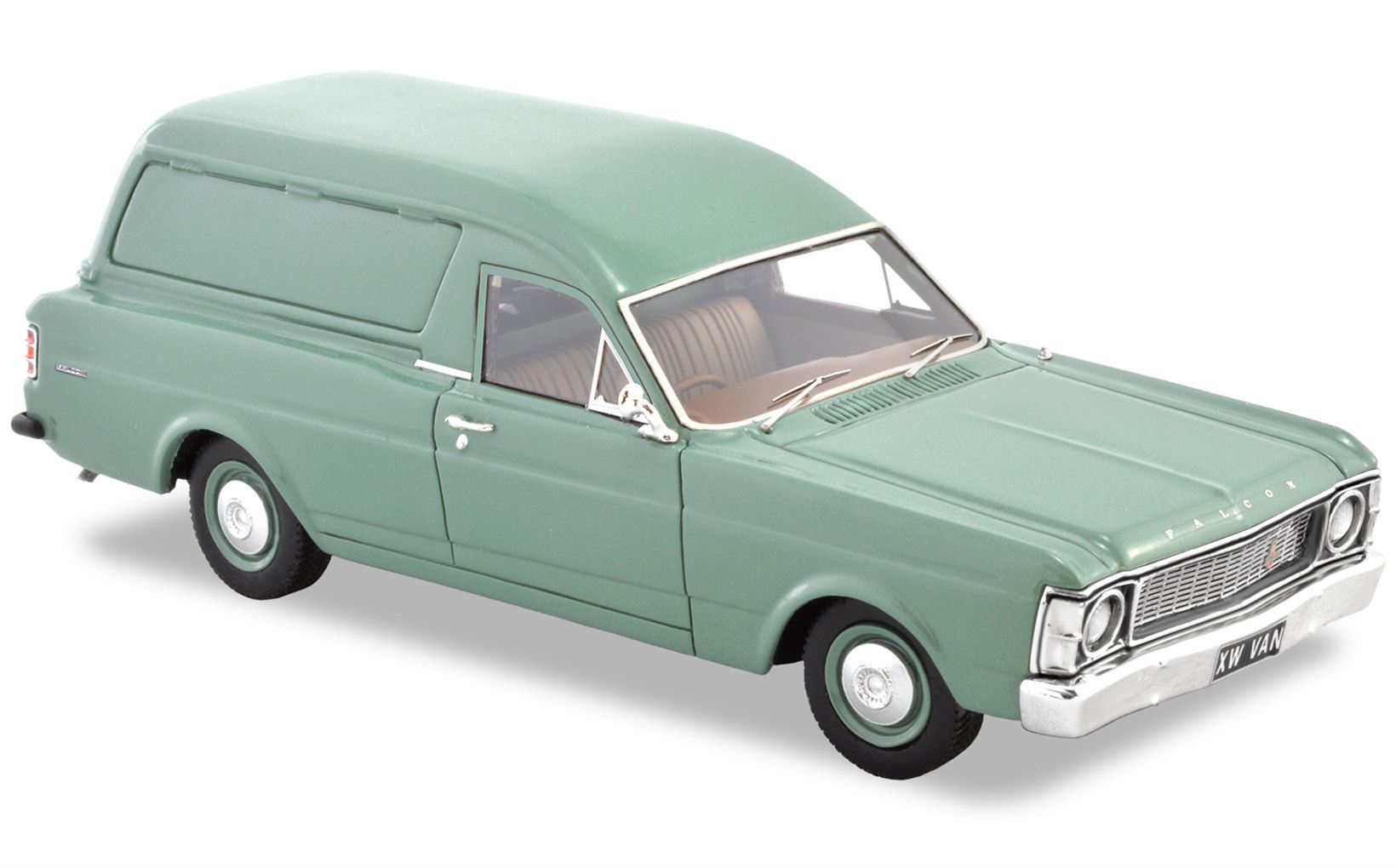 The XW Falcon was headlined by the powerful Phase 1 and Phase 2 GT-HO’s, however, the majority of sales were made with the humble sedan and wagon variants. Part of Ford’s “Going Thing” range also comprised utes and vans and Trax has released this excellent 1/43rd scale panel van. Panel vans at this time would have been more of a workhorse – used by councils, electricians and the like – pre-dating the whole panel van craze where they were to become hotels on wheels. 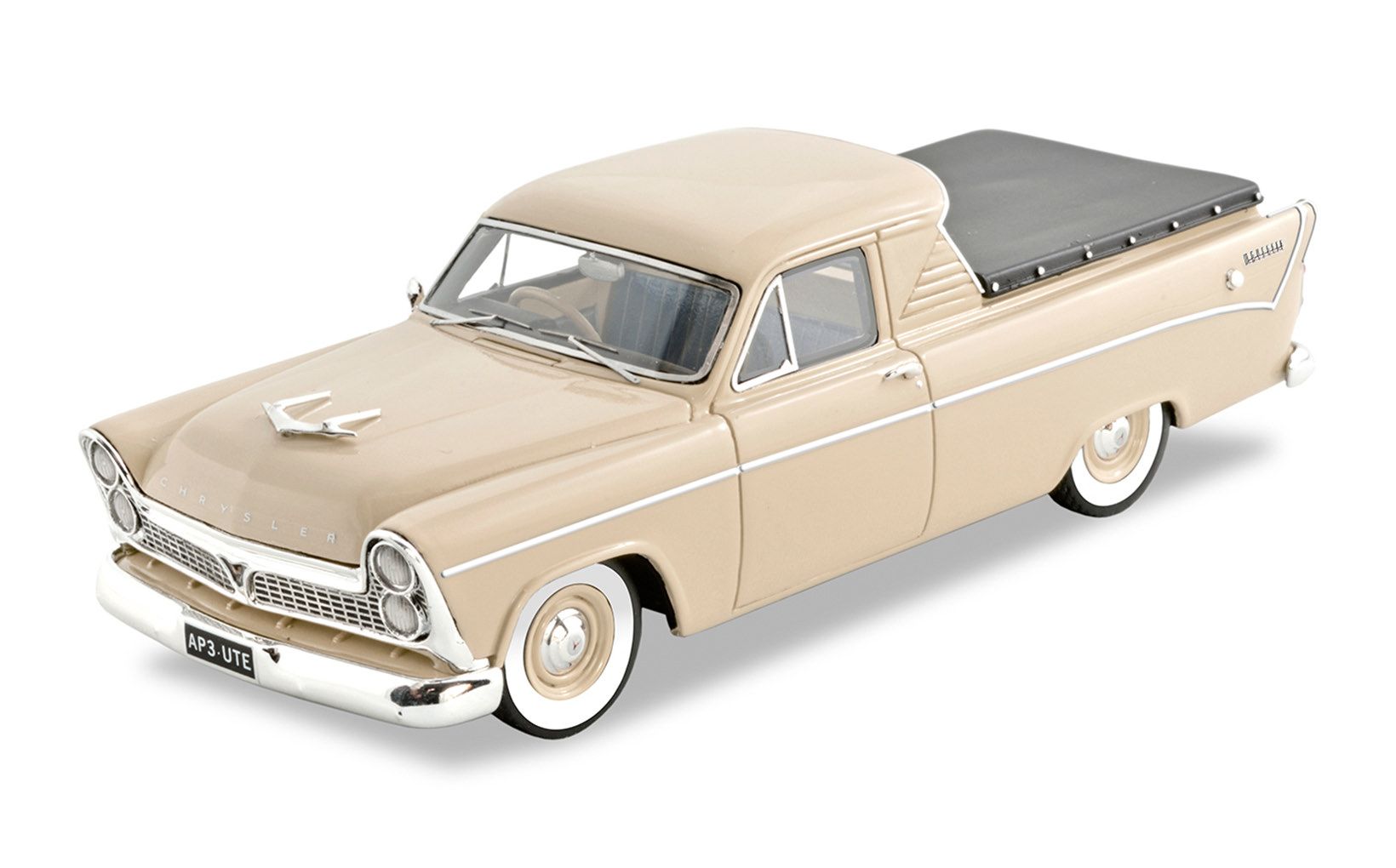 If you lived on the land and had a few bucks from a banner crop or a mega wool clip, then you may have shouted yourself to a very special ute, in the form of the uniquely Australian Chrysler Wayfarer. Based on the luxury Royal sedan, the Wayfarer would have cut a pretty impressive figure in rural towns across Australia. Trax are to be congratulated on making this very rare and uniquely Australian model in 1/43rd scale. 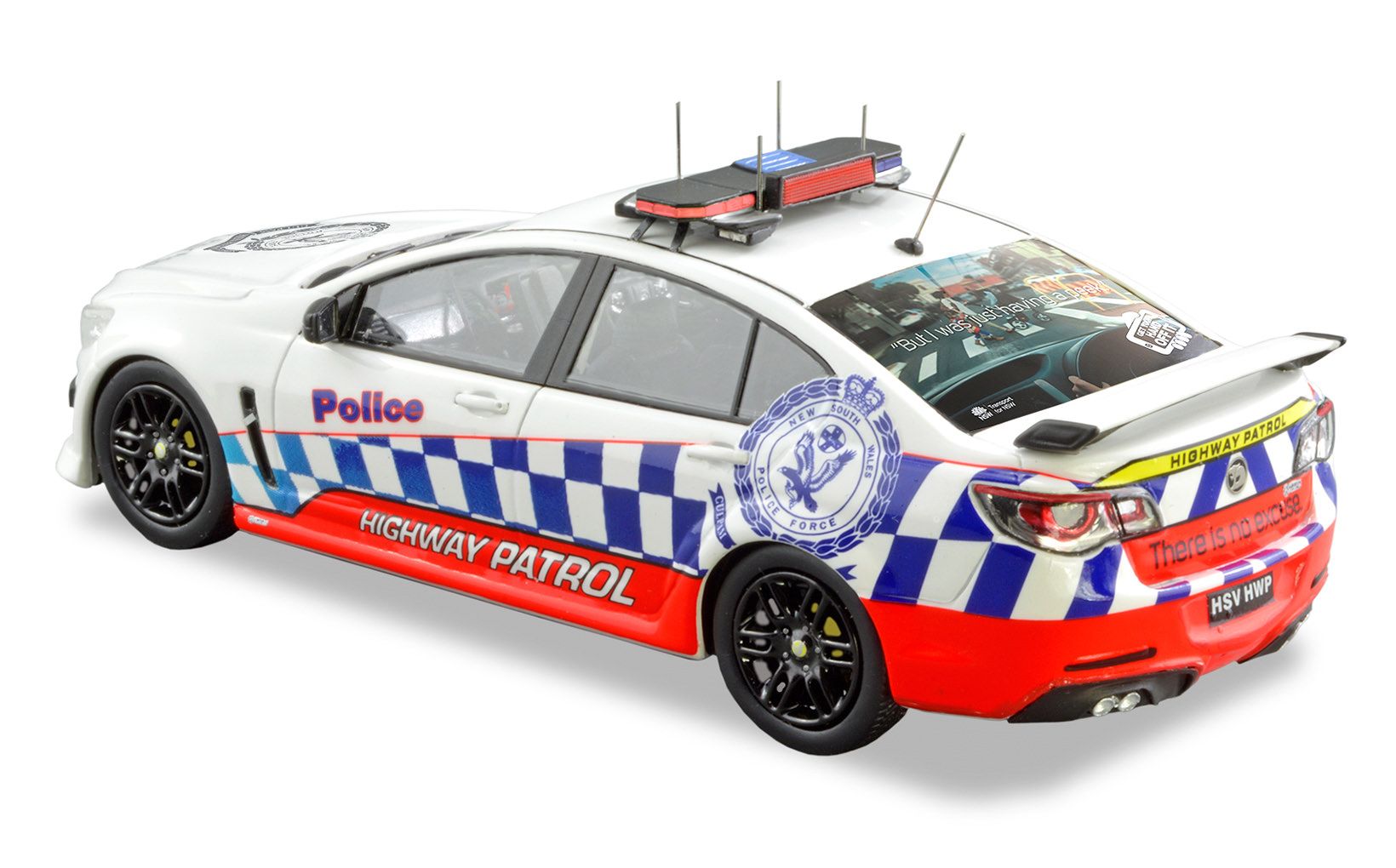 Over the last decade or so, it was common for local car manufacturers (and their hot rod performance divisions), to offer some of their most powerful models as Police interceptors. Part PR exercise and probably part of a plan to dissuade would be speeders, this high performance HSV would outrun pretty well any hapless motorist that fell into the sights of the radar. If you are a fan of police cars, HSVs or Holdens in general, you'll find this 1/43rd scale model from Trax arresting! 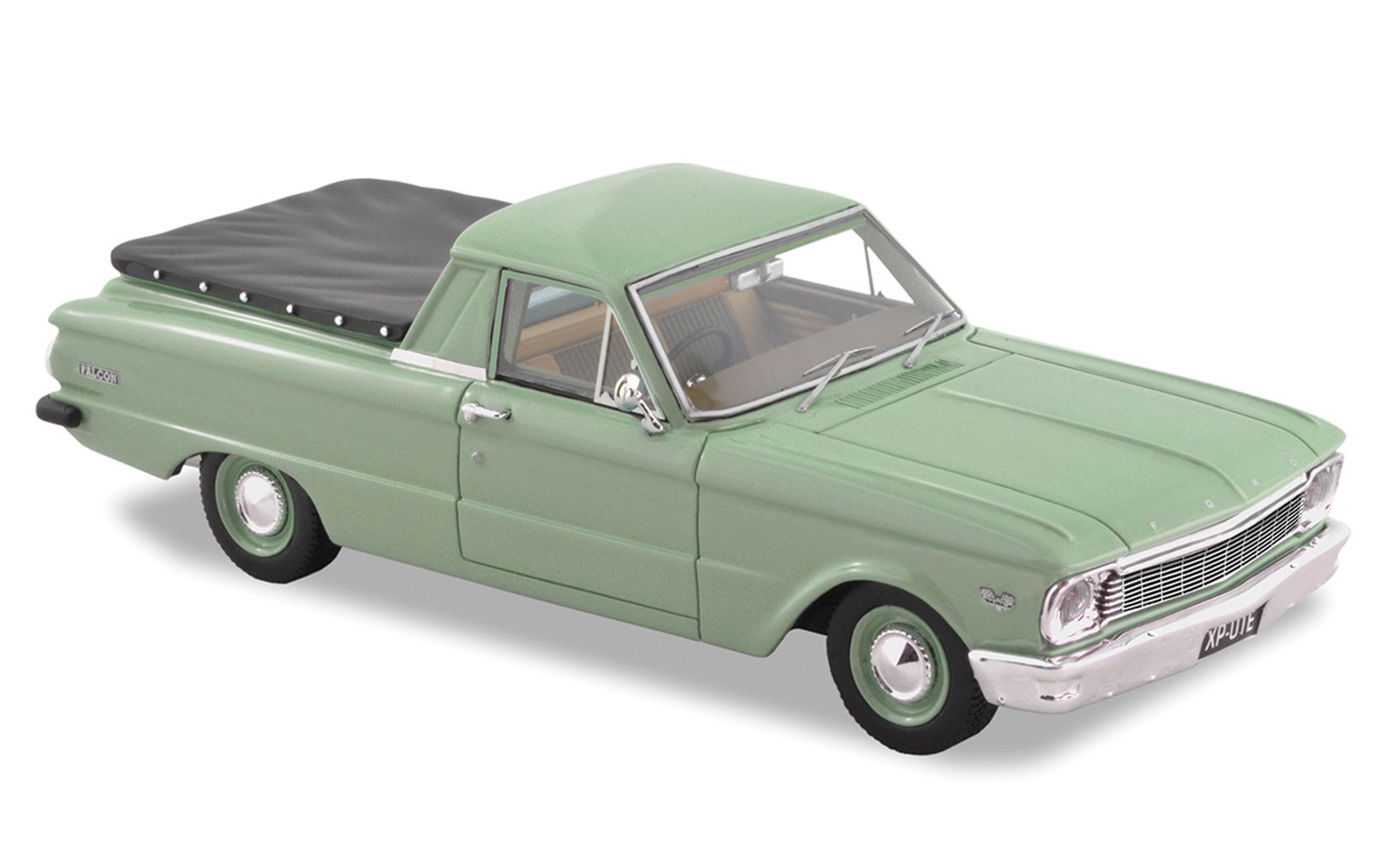 The XP Falcon was the final model in the first body series (that debuted with the XK in 1960). By the time the XP was released, however, it was a very different car – with a much stronger structure, unique Australian styling and plenty of performance. The utility model in particular was a popular choice in both cities and country towns and this 1/43rd scale Trax model definitely looks the part. Load up with yours today as stocks are strictly limited. 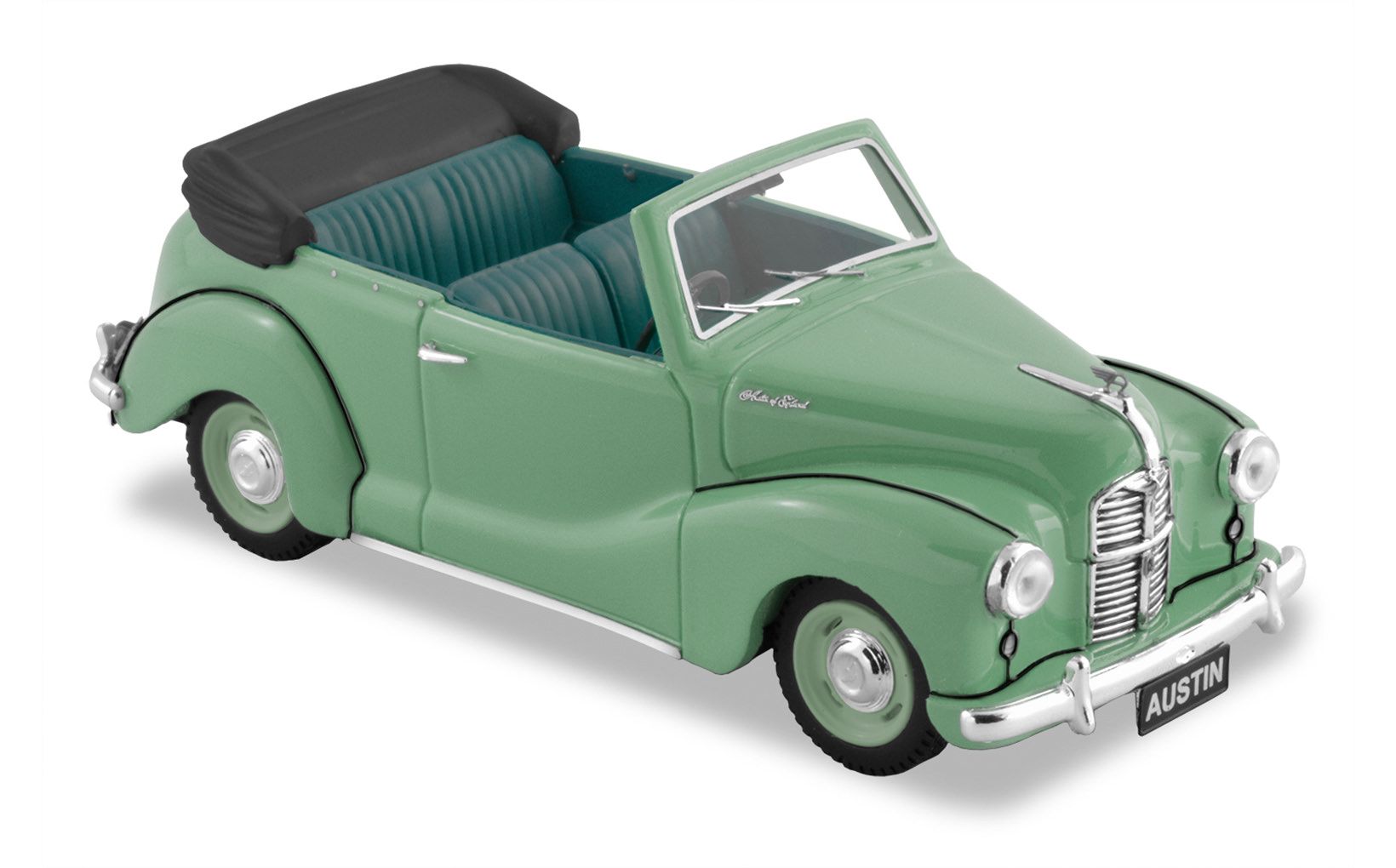 Post war, these little Austins were a very popular car in Australia – offering low running costs and an attractive retail price. Reflecting the austerity of post war England, these cars also portrayed a simpler time before the Big 3 (Holden, Ford and Chrysler) started offering much more powerful and elaborate choices for Australian motorists. This 1/43rd scale model by Trax depicts the more elaborate convertible and offers exquisite detail and is finished in period colours. 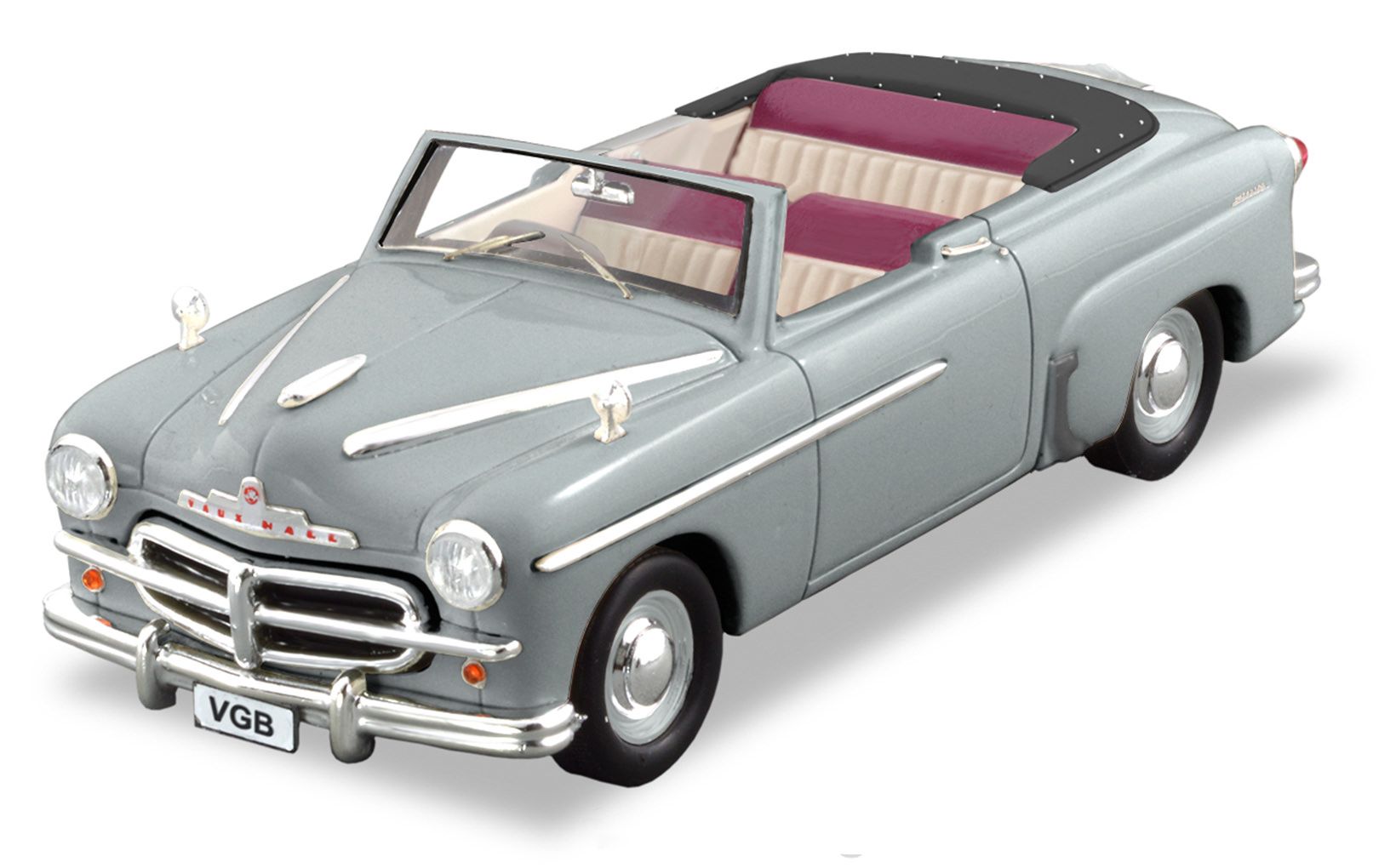 The Vauxhall Vagabond was General Motors' entry into the small car field and was a popular choice amongst Australians seeking fuel efficient transportation and low cost motoring in what was quite a contemporary convertible for the time. The Vagabond reflected England’s move away from less austere transportation, that was gaining favour in Australia in the later post war period. With Australia riding on the sheep’s back, buyers would be seeking more and more luxury in their motoring and there were plenty of local manufacturers happy to oblige. Trax has created a wonderful, jewel like replica of the Vagabond in 1/43rd scale and this model is sure to please fans of this UK based icon. 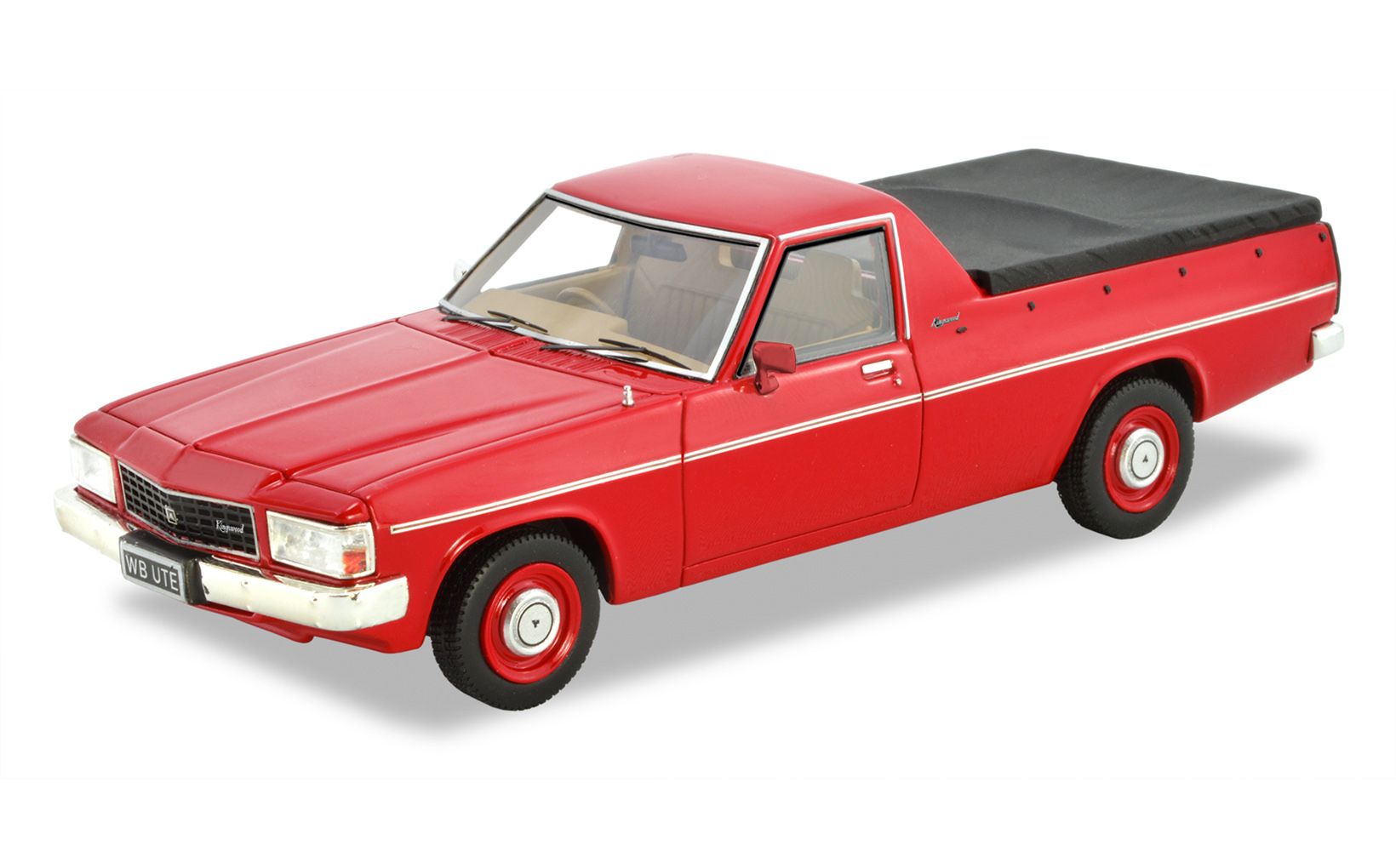 Holden almost released a whole series of WB models instead of launching the VB Commodore in 1978. Instead the WB was restricted to the Statesman, Caprice, ute and panel van variants. These WB models showcased a more modern appearance that was based on the original sheetmetal of the HQ series (released in 1971). Regardless, with new headlights, tail lights and a more modern dash and interior, the WB series presented very well and was a popular choice for tradesmen, farmers and business people. The ute was available with Holden’s 3.3 litre 6 cylinder or the 4.2 or 5 litre V8s and remains a popular collectible today in full size form. Trax has captured this model very nicely in 1/43rd scale. Get yours now before they sell out. 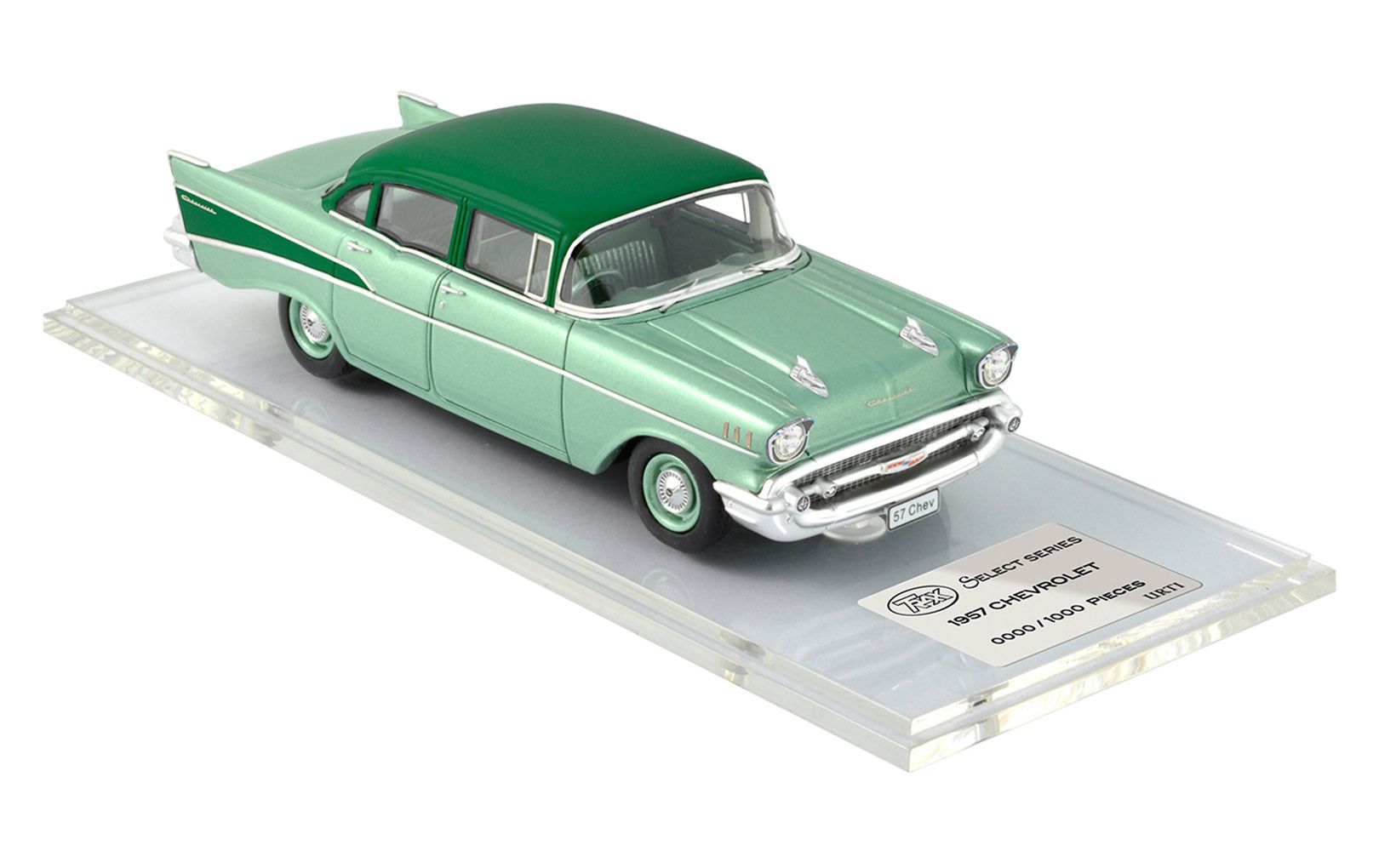 While we think of the 1957 Chevrolet as a distinctly American car – which it was of course, the model was also offered through Holden dealers as an upmarket and thoroughly modern step up from the standard Holden. Unlike its American counterparts however, Holden offered the Chevrolet as a sedan only and it was powered exclusively by a six cylinder engine. Despite these limitations, if you were driving a new 1957 Chevrolet in Australia, you really were in something very special. It’s great to see Trax produce this 1/43rd scale model of this uniquely Australian variant. It will sit comfortably alongside the other Australian models in your collection and will also appeal to those who love the bow tie brand. 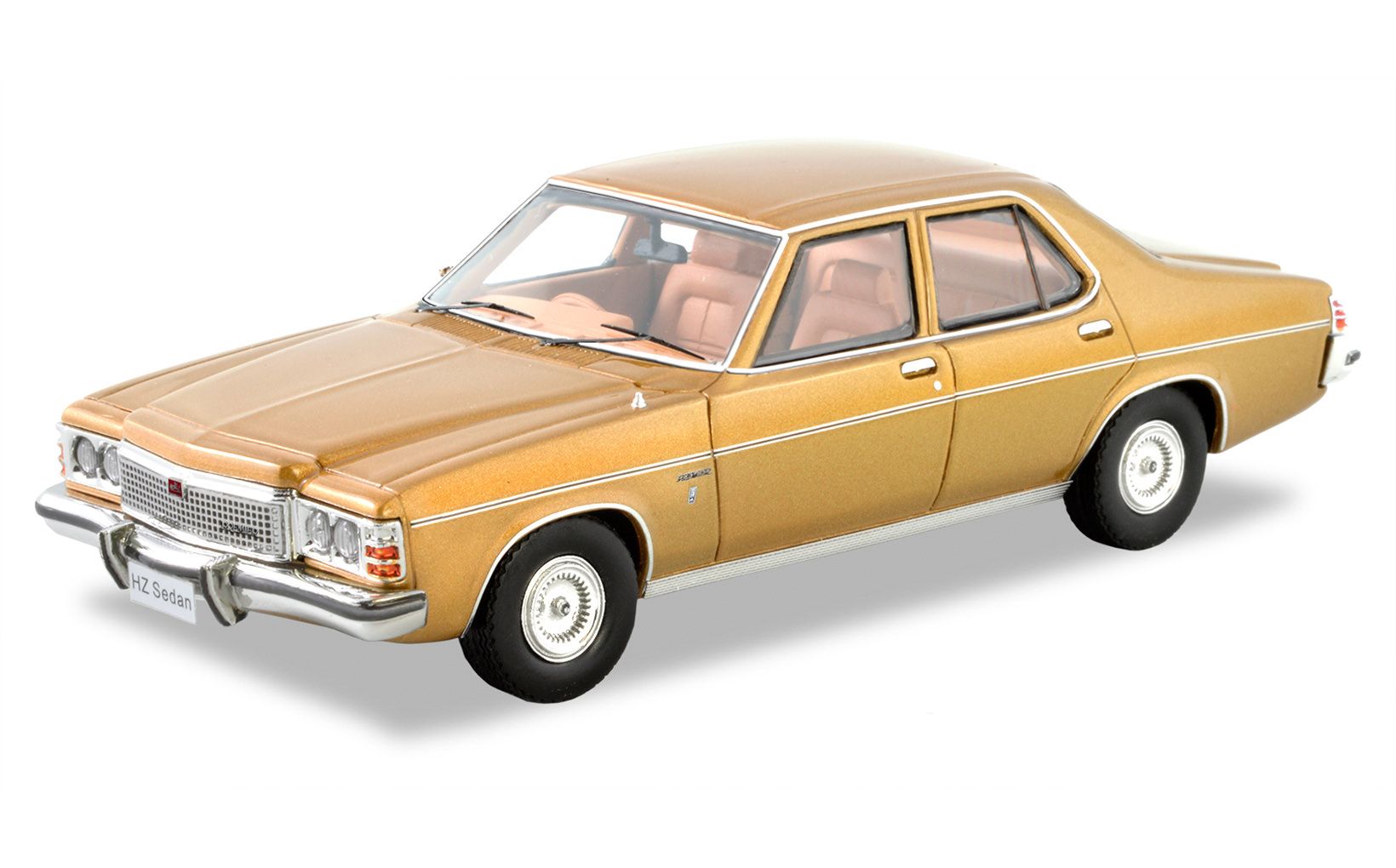 The HZ Premier was the final sedan and wagon model based off the original HQ series of 1971 (although panel vans and utes continued with the WB series). The HZ series big news was Radial Tuned Suspension, which provided excellent handling qualities while maintaining good ride comfort. This prompted both Chrysler and Ford to improve the handling of their models too. This model depicts the more upmarket Premier sedan in 1/43rd scale. The quad headlights distinguished the Premier from the Kingswood range, along with a host of luxury appointments. Offered with a choice of 6 and 8 cylinder engines, the HZ was a popular choice for Aussie families.