Triumph Dolomite Sprint: The Torana L34-inspired ‘Super Sprint’ that never made it 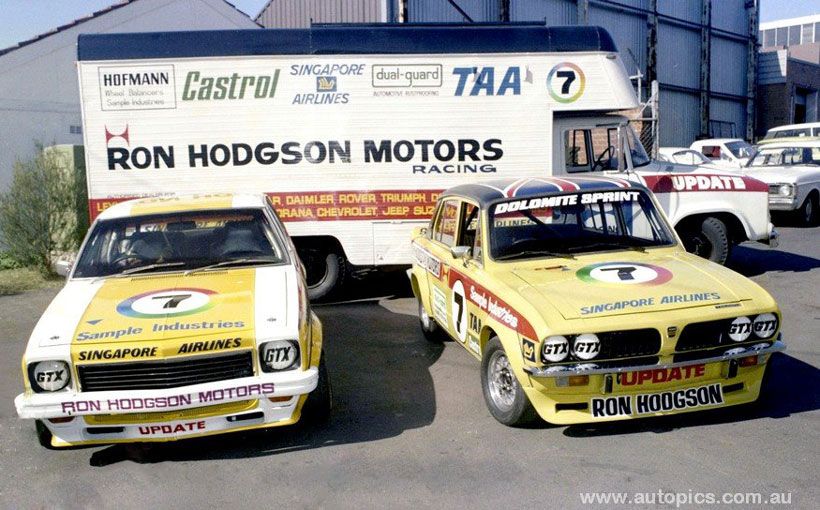 What might have been. Ron Hodgson was a prominent Sydney Holden dealer who backed Bob Morris in various Toranas throughout the 1970s, including the L34 (left) that won the 1976 Bathurst 1000.  Hodgson also sold other brands including Leyland, which was the catalyst for his team’s ‘Super’ Dolomite Sprint seen here. It’s surprising how similar in size the 2.0 litre Dolomite looks with its big spoilers and flares compared to the L34, even though the 5.0 litre V8 Torana was a larger car in all key dimensions. And haven't race car transporters of top touring car teams come a long way, too!

If Ron Hodgson Racing and Leyland Australia had their way in 1976, a unique competition version of the Triumph Dolomite Sprint would have been built right here in Australia. Designed along similar lines to the team’s (Group C) Holden Torana L34, it would have been arguably the fastest, toughest and rarest of its type in the world.

Although Hodgson’s bold proposal was thoroughly documented and backed by Leyland Australia, it was rejected by the sport’s governing body CAMS (Confederation of Australian Motor Sport). That failure was a bitter pill to swallow for Hodgson, his star driver Bob Morris and the team’s chief mechanic Ron Missen, after their first season with the British sedan in 1975 showed where improvements were needed.