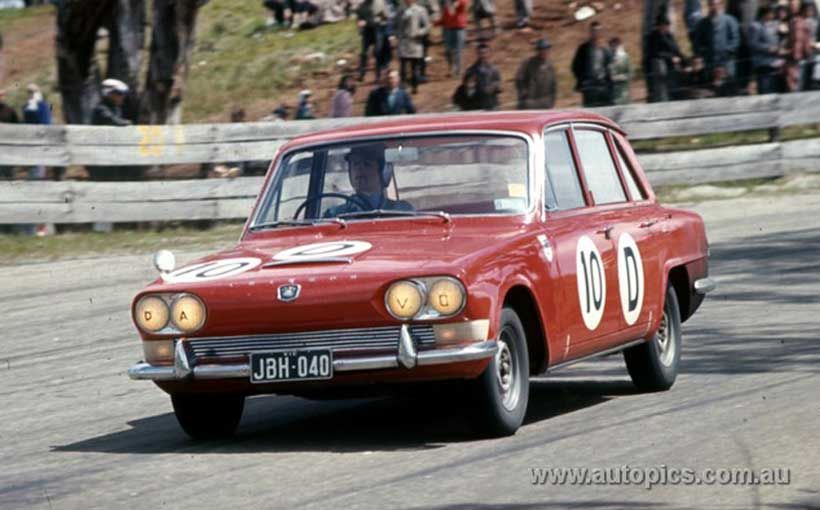 Pure nostalgia. A fabulous shot of the Lex Davison/Rock Tresise Triumph 2000 Mk I charging down through the Esses during the British sedan’s Bathurst 500 debut in 1964. Note the old timber ‘safety’ fencing in the background and the illuminated ‘D-A-V-O’ headlight covers which fellow competitors would have found hard to miss in their mirrors.

The Triumph 2000/2.5 PI sedan was a large, rugged and spirited performer, well suited to rallying in the 1960s. Its long career as a factory entrant on the international rally stage commenced in 1964 with the 2000 Mk I and culminated with the 2.5 PI Mk II’s exceptional performance in the 1970 London-Mexico World Cup Rally.

The ‘big’ Triumph had many of the right ingredients for endurance events. Its strong unitary body shell was equipped with supple four-wheel independent suspension, front disc brakes and rack and pinion steering. This provided an excellent platform for the base 2.0 litre and PI’s larger 2.5 litre fuel-injected inline sixes and their four-speed overdrive manual gearboxes.